As holiday shopping season has descended upon us like a toad on an earthworm, you might be thinking about upgrading some of your appliances with those deals. Or perhaps you’re looking for a quirky yet practical gift for a spouse, friend, or co-worker. Whatever your needs are, the array of kitchen gadgetry to behold nowadays is overwhelming. You can get a $400 coffee maker that was featured in Refinery 29 or just opt for “if it ain’t broke, don’t fix it” and get a drip machine at a drugstore for less than $20.

But it’s not just about the seemingly endless choices. Why do some kitchen gadgets and stay and get improved over time, and what gets relegated to junk stores and unused wedding gifts that wind up on eBay if we mostly laugh at them now? Is this an anthropological study or a holiday gift guide? You decide!

In no particular order, here’s our roundup of interesting boom and bust cycles among kitchen appliances. 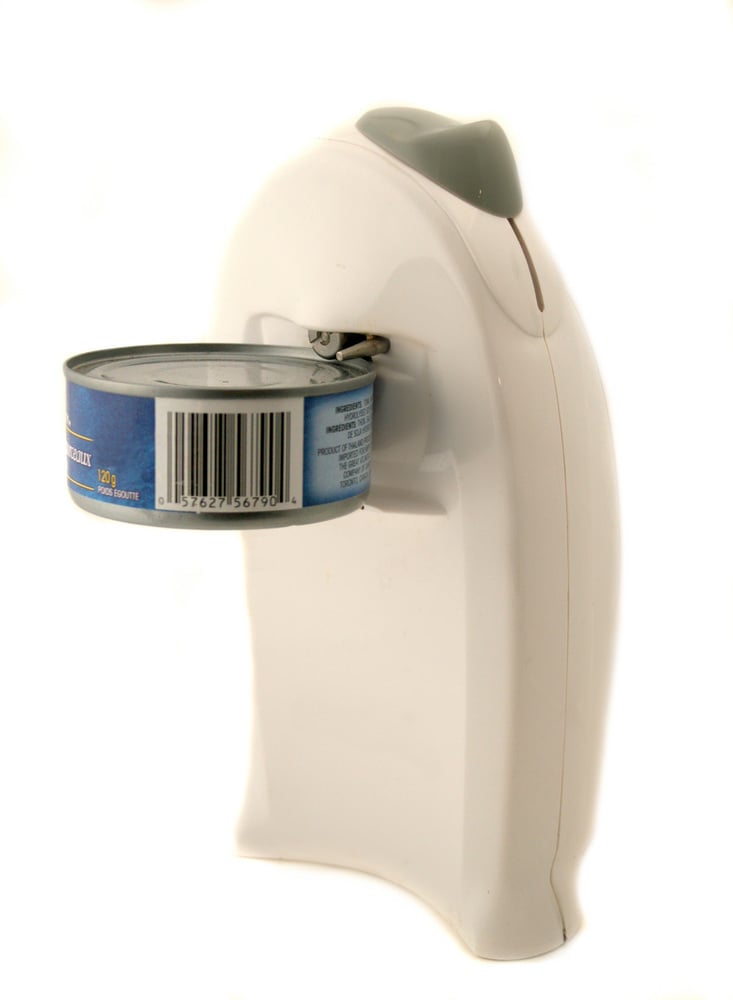 Electric can openers aren’t a common sight in Millennial households. We tend to live in smaller homes where kitchen counter space is incredibly scarce. When you have three or four roommates jammed into a tiny kitchen, you don’t want yet another corded device to have to put away to make room for more important staples like the coffee maker and blender. Even if you live by yourself in a studio with nonexistent counter space, it’s a Sophie’s Choice between keeping the microwave or coffee maker plugged in if you don’t want to starve to death or keep grabbing Starbucks on your way to work.

But electric can openers aren’t meeting the same fate as napkins, golf courses, and whatever else we’re accused of killing this week. In fact, 55% of our diamond and chain restaurant murdering selves prefer fresh food to the point that we’re not even buying canned goods that much to begin with, hence the lack of need for a fancy can opener. Why pay 60 cents for store brand beans when Goya has a pull tab for just 20 cents more, and you don’t even need a device at all?

Most people think of corded can openers being popular in the 80s along with The Clapper and enough hairspray to speed up the depletion of the ozone layer. Interestingly, the electric version of the can opener actually dates back to the early 1930s. It was staggeringly ahead of its time, but poorly thought out since many households didn’t have electricity yet in 1931.

If you just don’t buy canned food that much, a manual can opener can be found for a few bucks if you’re not buying the kind with a pull tab. You can get the best of both worlds with a small battery-operated can opener that does its thing and can be jammed back into the drawer. It’s definitely a mystery why electric can openers are still sold. 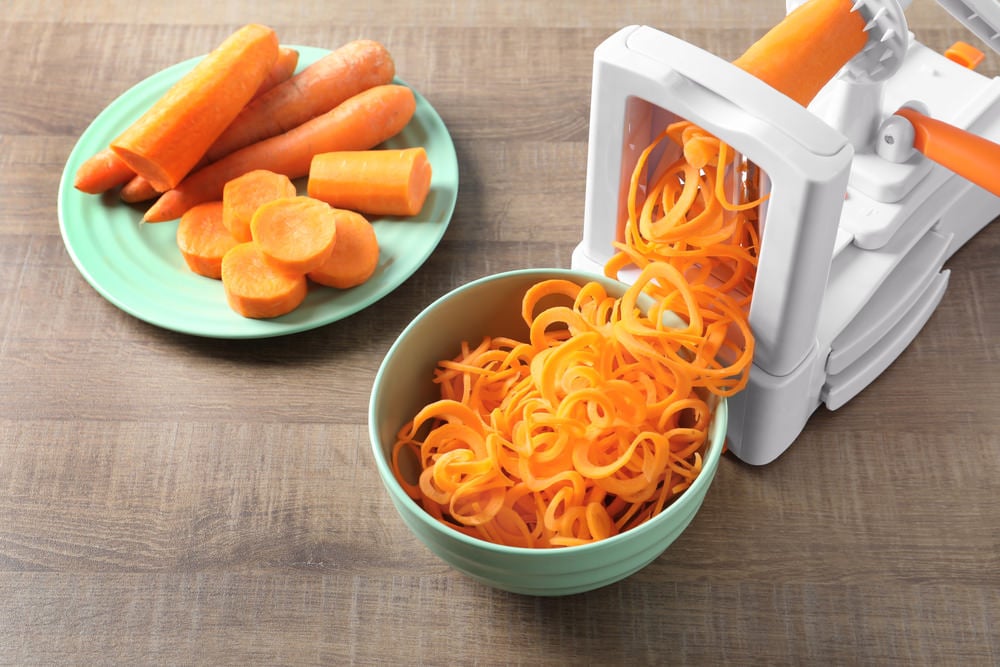 Spiralizers have come in a variety of styles since they became popular with the Atkins craze in the early 2000s. You can often find them for under $20 in the shelves of Marshall’s, TJ Maxx, and similar stores next to the bags of discontinued gourmet jelly beans and dish towels emblazoned with cries for help like “Wine is Mommy’s juice box”. They require serious arm strength and depending on the model you got, may or may not be dishwasher safe if you don’t want to embark on the arduous task of hand-washing them.

You’ve also got options like the RPG-like weapon selection for Kitchen Aid stand mixers, some of which cost almost as much as the stand mixer itself. Like DLC for huge games, the attachments can have mixed results in that they’ll either add a whole other dimension of enjoyment or be a complete rip-off.

As the word “zoodles” entered our lexicon in more recent years, spiralizers might be going the way of the aforementioned electric can opener as more grocery stores are selling their own vegetable spirals so you don’t have to cramp your hands on a more economical version of the above device that’s just going to end up in the charity bin after one or two uses.

You know spiralizers are about to be the Millennial equivalent of the hilarious 1970s wedding gift, like those little saws that could be used to make fruit baskets out of watermelons, when even my little grocery store in The Bronx is selling both fresh and frozen beet, butternut squash, and zucchini noodles (zoodles? IT STILL FEELS WRONG, OKAY). Why buy a spiralizer when you can just get a nice big box of spiralized or shredded vegetables for a fraction of the price and none of the labor or cleanup? 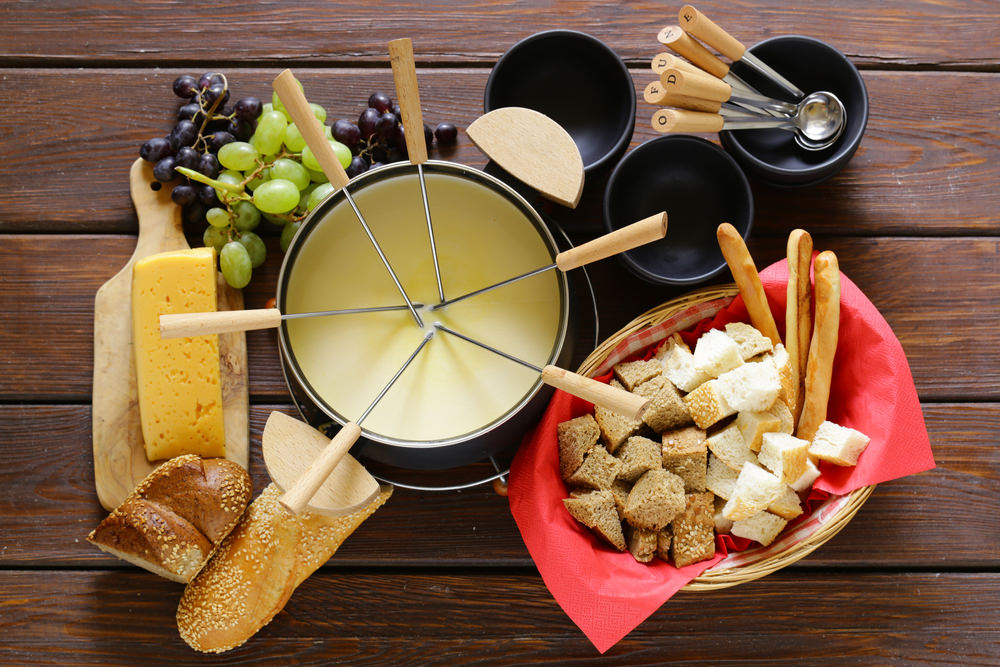 Fondue has seen an interesting rise and fall throughout the decades. I remember my parents talking about fondue parties they went to in the 70s, and to me it just sounded fantastic: dip whatever you want in cheese or chocolate? Um, how could this go out of style?!

The older end of my generation realized this about ten years ago, and small fondue sets started flying off the shelves at IKEA, Crate and Barrel, and so on. They became popular in college dorms partly because they have their own heat element, which makes them ideal for tiny living spaces that don’t have stoves. They also helped keep that party atmosphere going, then we took the shinier fondue pots to our cramped apartments that we still live in. Where we still use them, but in solitude this time and unable to digest the same amount of cheese and chocolate that once got us through final exams.

By the time 2015 rolled around, fondue became passé in favor of going bigger and bolder with things like chocolate fountains at parties, or requiring sturdier equipment to make the cursed images frequently seen on Buzzfeed’s Tasty. Then in terms of home cooking, unless you’ve got some serious tabling and staging skills, fondue is just not as inherently Instagram-worthy as colorful macarons or intricately-detailed cookies that are appropriate for the season.

But you have to admit, those long thin forks have numerous other applications that get overlooked. With the best-selling fondue pots also having only about a 1 ½ quart capacity, it makes them ideal for just heating up some broth that you want to stay hot or boiling water if your coffee maker is busted and you don’t have a stove where you live. 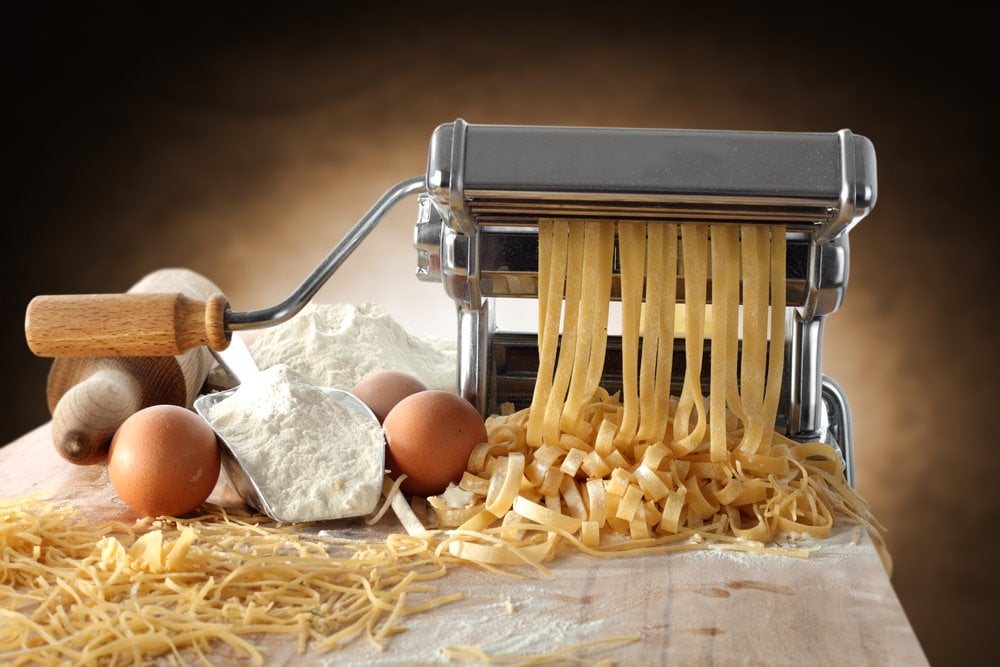 I felt inclined to add to add pasta makers to the list after seeing Emmy Made in Japan’s video about the old school Ronco pasta maker infomercials, and how they made her want to try one out. She lucked out and found one on eBay, and proceeded to entertain us for almost 15 minutes.

Pasta makers definitely represent the duality of American home cooking. In the states, it’s known for being the base of the food pyramid if you’re totally broke. Dried pasta is cheap and plentiful in grocery and convenience stores, and it’s got a pretty long shelf life. I didn’t know pasta could actually be made fresh until I was in my early twenties. But it certainly can be, although if you don’t have a store that sells fresh pasta nearby, you can make it yourself.

It goes without saying that a great deal of home cooking several items is time-consuming. But making your own pasta is like, the Matterhorn of incredibly time-consuming DIY staples. Making your own bread can be done cheaply without any special equipment, and you can just throw a dish towel over the bowl you’re using and let it do its thing before you bake it. Pasta requires so much more watchfulness and having to stand there instead of just putting it on the counter or in the oven then going back to your life.

Plus, if you’re factoring in ingredients like eggs, vegetable juices or other add-ins, special flours, and so on, it’s also far more expensive than just waiting until you can get three boxes of Ronzoni for a buck at Foodtown. But your reward is incredibly delicious and inimitable fresh pasta that has a shelf life of about two days.

Pasta machines and stand mixer attachments have become a popular novelty representing the Pinterest posse that actually has the fucking time and patience to slave over this like it’s 1905 in Belmont. I’m tired just writing this paragraph, and for how much the machine alone would cost much less all the super fresh ingredients it requires, I could just have dinner at Ann and Tony’s all week long.

As zoodles rose in prominence and led to the decline of spiralizers, their carby counterparts will see the light of day if fresh pasta becomes more in demand. 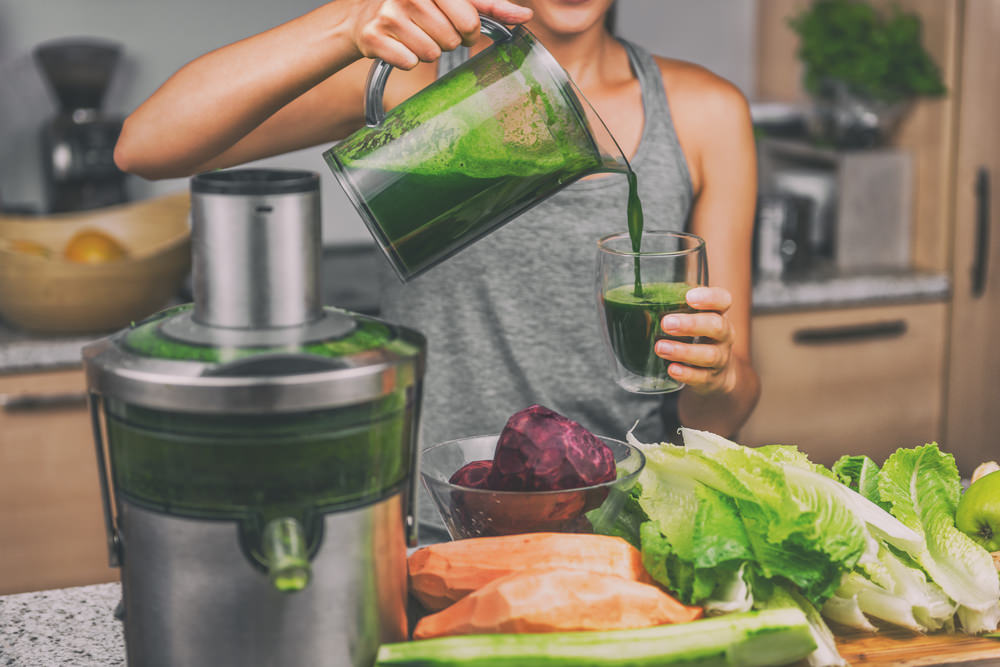 Spoiler Alert: all of the vegetables in the above picture will make about one cup of juice.

I remember all those infomercials for the Juice Tiger growing up, which got promptly lampooned on The Simpsons when Dr. Nick pours an entire sack of oranges into his similarly-named appliance that results in barely a teaspoon of orange juice.

We may have loads of slick new products from Ninja, Vitamix, and sundry with the same three smiling and fit white models in the ads promising you all the detox goodness your heart desires: but the premise remains the same. You’ll use it about three times after sobbing over all the pulp that has now decorated your kitchen, and it’s not ice-cold like the kind that you can just buy at Juice Generation and the other 18,000 green juice franchises that have popped up all over the place now.

Interestingly, juice-making apparatus sales peaked in 2013 at 1.78 million units then were on the decline. But thanks to social media culture and relentless advertising promising expedience and better quality than yesteryear’s high-speed blenders and juicing attachments, juicers are seeing an uptick at 1.29 million units sold last year, up from 1.18 million in 2017.

There’s dozens more novelty appliances and gadgets out there that come and go in waves, were improved upon like food processors of the 80s, or now line the shelves of thrift stores, TJ Maxx, and Wish.com for YouTubers to test out and tell you if it’s worth the gamble or not. Because so many “superpower” appliances like the Ninja IQ and Foodii systems, Instant Pot, and Thermomix are out there now, we could definitely be seeing fewer slicers, dicers, and gadgetry that only prepares one thing.

What’s a weird gadget you wound up with? Did you end up regifting it, donating it, or actually using it?