Loaded with lime favor and encased in a crisp, tasty, graham cracker crust, our recipe for Key Lime Pie Bars features tangy lime flavor and creamy cheesecake texture. Our recipe uses traditional Persian limes so you don't have to search for Key limes in the store. 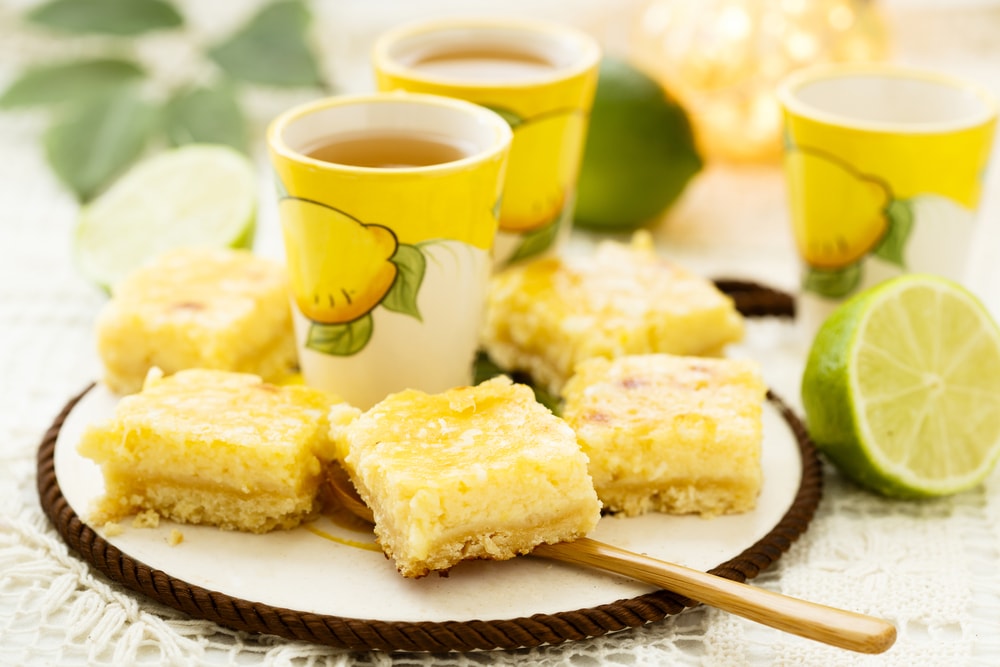 Key lime pie was created in the early 1900s. While some Floridians say that this dessert was made in the state of Florida in the 1920s, others believe that this popular kind of pie was invented by chefs in the Borden company. Borden produced an essential ingredient to Key lime pie, sweetened condensed milk. Whatever the origins, Key lime pie traditionally uses Key limes.

Key limes are somewhat different than regular limes. The traditional limes that most people think of are known as Persian limes, while Key limes are also known as Mexican or West Indian limes. Key limes have yellow rather than green juice and many people consider them to be more fragrant, with a stronger flavor than traditional limes. In years past, Key limes were grown in groves located in the Florida Keys. However, when a hurricane in the 1920s destroyed many of the groves, farmers replanted their orchards with the larger Persian limes. 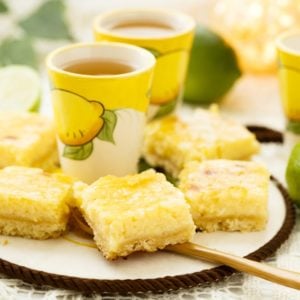 While purists insist that Key lime pie can only be made with Key limes, with their distinctive flavor and tanginess, did you know that many people can’t taste the difference? The trick to making a delicious Key lime pie with Persian limes is to use freshly squeezed (not bottled) lime juice. Our recipe for Key lime pie bars needs just that, as well as finely grated lime zest. Lime zest is the outer colored portion of the lime. The trick to zesting a lime is to only remove the outer colored portion and do not include any of the bitter, white pith layers that lies underneath the zest. You can use a box grater, a sharp knife, or a lemon zester to remove the zest. Just be sure to mince the zest thoroughly if it’s not grated. Traditional Key lime pie uses sweetened condensed milk, eggs, and lime juice and zest in a crust with a whipped cream or meringue topping. Our recipe for Key Lime Pie Bars adds a few more ingredients to make them a sort of a cross between cheesecake with a graham cracker crust and traditional Key lime pie. These bars have all the flavor of Key lime pie, but they are sturdy enough to be eaten out of hand as a snack, rather than as a fancy dessert.
Keyword Dessert, Key Lime Pie Bars, Recipe, Snack