Extensively tested. Keurig K60 Special Edition Brewing System review based on real use and tested against many other single serve coffee systems. 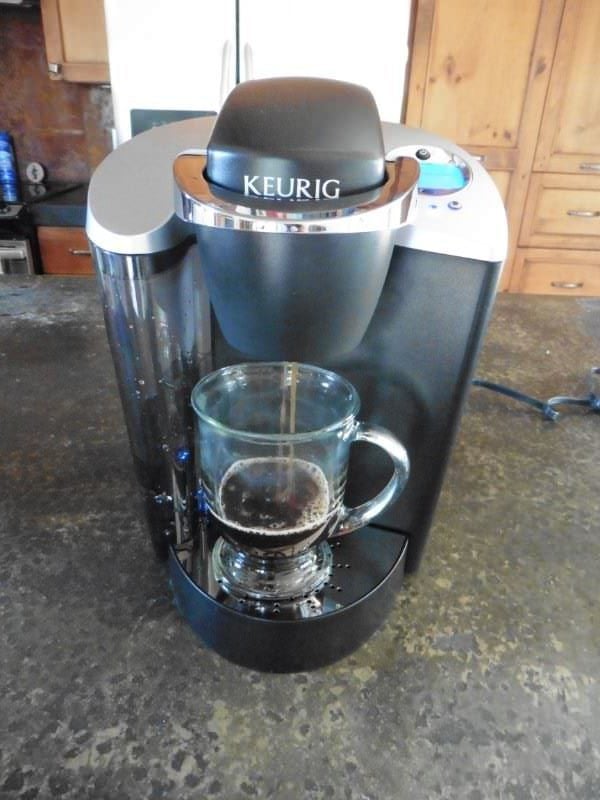 The the Keurig K60 is a higher-end Keurig single serve coffee machine. While it functions very much the same as the lower priced Keurig K40, the K60 has a programmable control panel with LED screen.

If you prefer a coffee machine with a programmable control panel that brews coffee with the very popular K-Cups, this single serve coffee machine may be the right option for you.

That said, if you like bells and whistles with your coffee machine, I suggest you also take a look at the Breville and Cuisinart single serve coffee makers.

This Keurig K60 review will read very much the same as our Keurig K40 review because they function pretty much the same with the exception of the K60 having a programmable control panel.

Price: because of the LED control panel screen, this brewing system is fairly expensive relative to other models.

Typically coffee quality is dictated by the coffee brand of the K-Cup. For example, if you buy Van Houtte coffee, it will not taste as good as a more premium brand.

Brew Speed: this machine brews coffee fairly quickly, coming in just under one minute. However, please read the next point under warm-up time.

Interestingly, the Tassimo machines do not have a warm-up time.

Water Reservoir: one of my favourite features of the Keurig K60 is the water reservoir. Say what you want about Keurig coffee makers, they designed them perfectly with respect to the water reservoir. What I like is that it’s a large reservoir (60 ounces), transparent and placed on the side of the machine so you can quickly determine if it needs more water.

Contrast this with the Tassimo machines, which places the water reservoir in the rear, which makes it harder to determine if more water is needed.

Ease-of-Use: any time an appliance includes a programmable control panel with a screen, the ease-of-use is compromised. After all, you have to spend a little bit of time figure out the menu options. Contrast this with appliances that do not have programmable options, generally all you need to do is push a button.

At the end of the day, while this machine is not as easy to use as the K40, you may like the fact that it is programmable because it does offer more options. Admittedly, the control panel and digital menu is very easy to use on the Keurig K60.

Options (Features): while it’s a fairly simple brewing system, which I like, this coffee machine does offer some brewing options including three brewing sizes (6 oz., 8 oz. and 10 oz.).

The main flexibility with any K-Cup brewing system is that there are so many different K-Cup options available to you, whether you’re buying regular coffee, decaf, tea, specialty coffees and or hot chocolate.

Noise: this machine is not noisy at all, which in my view is a real plus.

Appearance: I wouldn’t go so far as to say that this is a stylish coffee machine, nevertheless it doesn’t detract from a kitchen’s overall appearance.

Size/Weight: as you can see it’s a fairly large single serve coffee machine; it’s certainly not a compact version. If you’re looking for a compact Keurig machine, I suggest you check out the Keurig K10 Mini.

In fact, after testing in using more than 10 single serve coffee machines, larger options have the advantage of being able to brew coffee directly into the taller travel mugs.

K-Cups: obviously a significant advantage to this coffee machine is the fact that it brew K-Cups. K-Cup coffee and other beverages are widely available in most grocery stores. Moreover there are many different brands in K-Cup form.

3 Brewing Options: I like the fact that this machine gives you three brewing size options, which helps dictate the strength of your beverage.

Digital LED Screen: I think these days most people like some programmable options on their appliances. I certainly would not veer away from buying this machine because of the programmable screen due to the fact that it was very easy to use. I figured it out within minutes.

See also  My Tassimo T55 Review (Read Why We Switched)

Water Reservoir: as stated above, Keurig definitely nails water reservoir design and its machines and again did so with the Keurig K60.

Durability: like the K40, one recurring complaint about the Keurig K60 was that that it stopped working after a fairly short time. Not surprisingly these customers were not very pleased with their purchase. I did not have any functionality issues when testing and using this coffee maker over the course of two weeks. Of course keep in mind that I only did use it for two weeks, while the people who reported that it broke down, it often did break down anywhere from three months to two years.

Another thing to keep in mind is that the Keurig machines are one of the best selling single serve coffee appliance brands on the market. Therefore, there will be more reports of it not lasting as long as people would like. The fact is some individual appliances within a brand/model are sold that are not going to last as long as it should. It’s unfortunate but it happens and due to the huge volume of sales of this coffee machine, it’s not surprising that some people would report that it broke down sooner than it should have.

Water Warm-Up Period: one reason I absolutely love Tassimo machines (see our “best single serve coffee maker” article) is they do not have a water warm-up period. The Keurig K60 has a four minute warm up period, which is quite a long time when waiting to brew your 1st cup of coffee in the morning. In fact, one reason I wanted to switch from brewing a pot of coffee to a single serve coffee system, was to minimize weight time for that 1st cup of coffee in the morning. 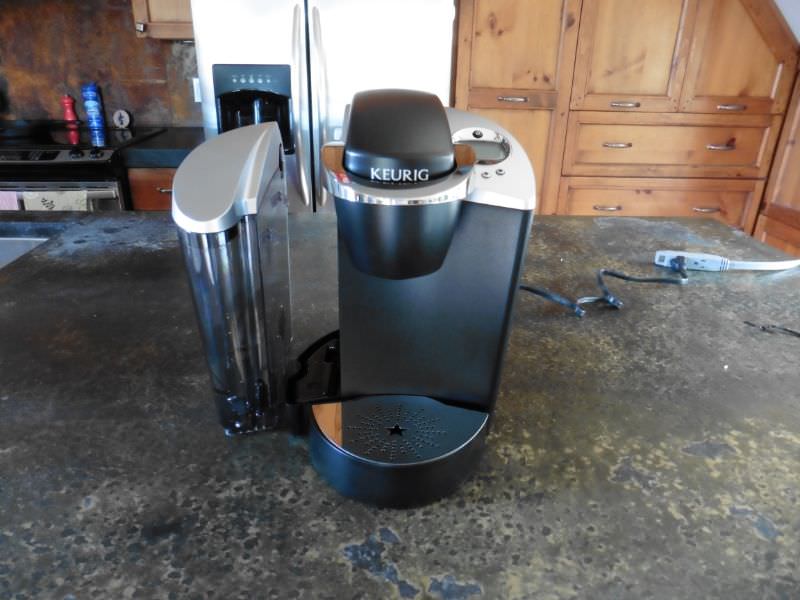 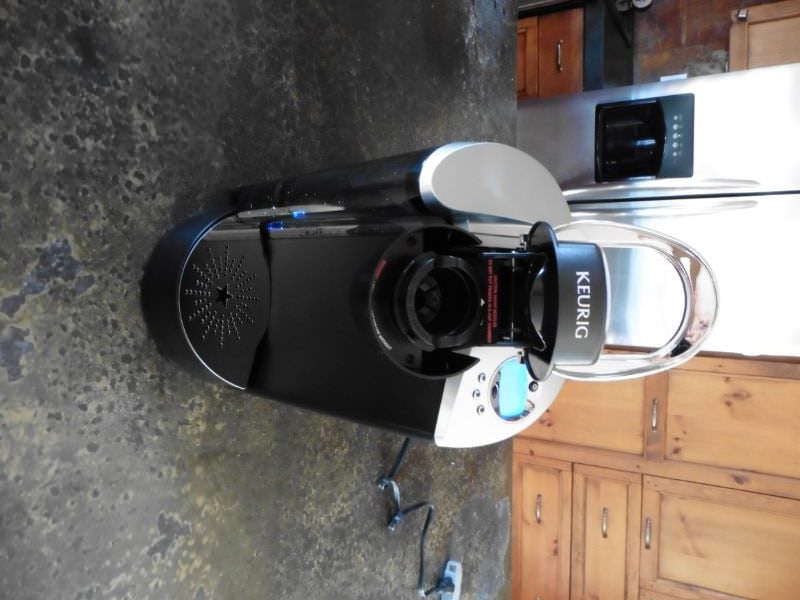 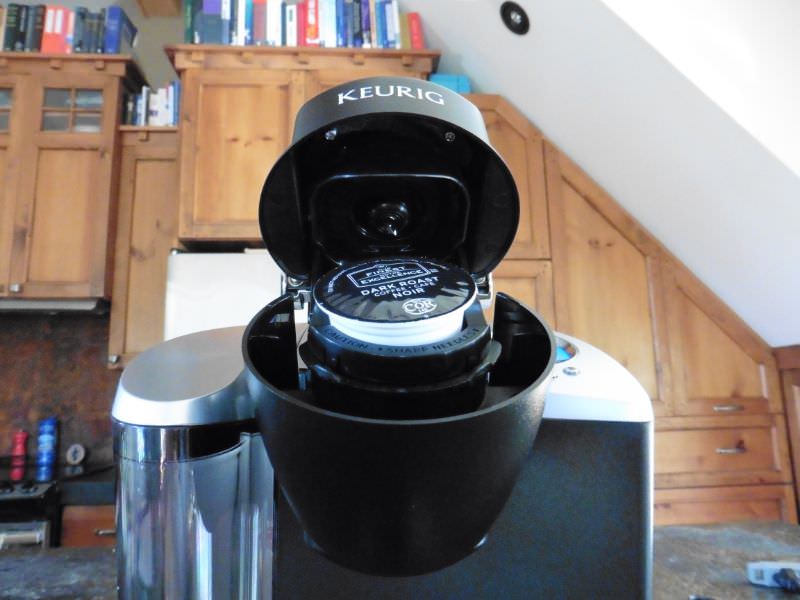 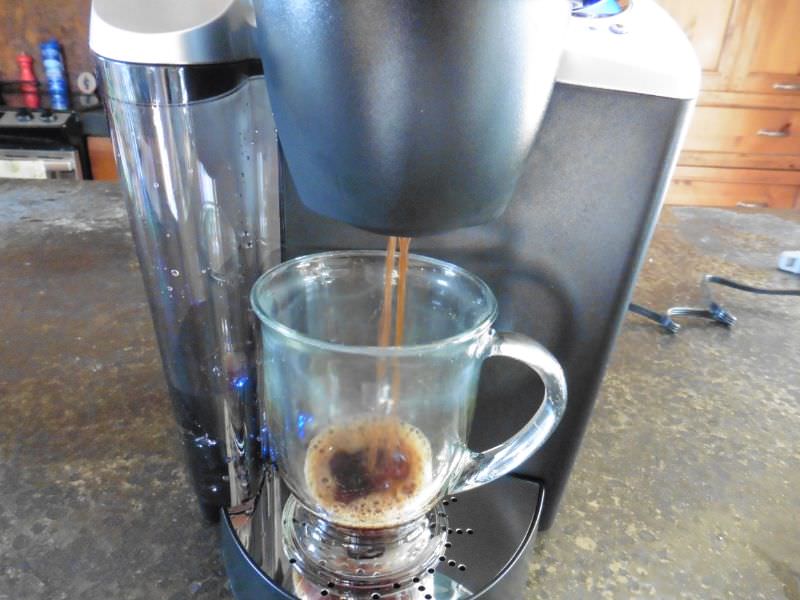 Overall, this machine does what it says it does, unless you happen to get one that doesn’t last very long. It’s simple to use and brews K-Cups just fine.

At the end of the day, I decided to buy a Tassimo machine for our home and a pot/single serve combo brewer for my office (since I still brew pots once in a while). It just turned out that I prefer the T-Disc and Tasssimo system (Keurig vs. Tassimo comparison) better than the K-Cup systems. It boiled down to a personal choice, and it actually wasn’t terribly easy to make this decision.

For the money, this machine is a pretty good deal. While I do prefer the Breville and Cuisinart K-Cup brewers, they do cost a lot more money than this single serve brewing system.