Smart home systems don't just bring conveniences to one's home but also an intense amount of spying. So let’s dive into the nuances of smart home tech, how it got to this point, and why you would or wouldn’t want these devices in your home. 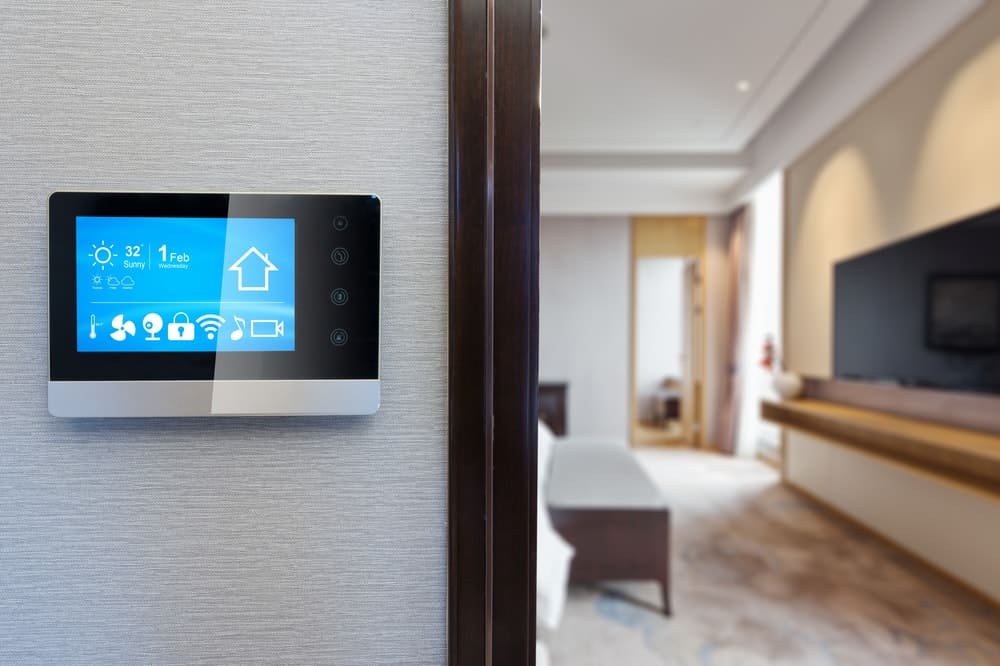 It’s no secret that all of these fancy new doodads are reporting on everything we do to faceless intelligence agencies, AI bots, and adtech developers constantly trying to find new ways to sell us everything from dog food to LASIK surgery. After all, there’s this joke among techies that while you’re giggling over asking Alexa various questions and to play your child’s favorite songs, the developer says “My only tech at home is a Powerbook from 1995 and my kid plays with a rock.”

After all, who wouldn’t want a coffee maker you can control from your phone? Being able to lower the blinds without rolling out of bed, or having a whole network map where you can link up your smart mop can make you pancakes? This is the kind of shit we dreamed of watching The Jetsons and Futurama! And as these smart home systems grow more sophisticated, more and more people want them: smart home sales generated almost $16 million in revenue in 2017 and are projected to hit over $27 million in 2020. Alexa, OK Google, and other smart speaker/home assistant hybrids represent a glut of these sales but other smart home tech is honing in on thermostats, security monitoring systems, and you can’t forget things like smart kitchens…and bedrooms.

See also  Is a Stand Mixer a Good Investment?

When deciding if you want to get one for your home, you might only be thinking about the conveniences without considering the intense amount of spying these devices do. I mean, if you just sneeze in front of your phone with Siri on, there’s a very strong chance you’re going to get bombarded with ads for cold medicine.

But let’s dive into the nuances of smart home tech and how it got to this point, and why you would or wouldn’t want these devices in your home.

Understanding the Internet of Things (IoT) 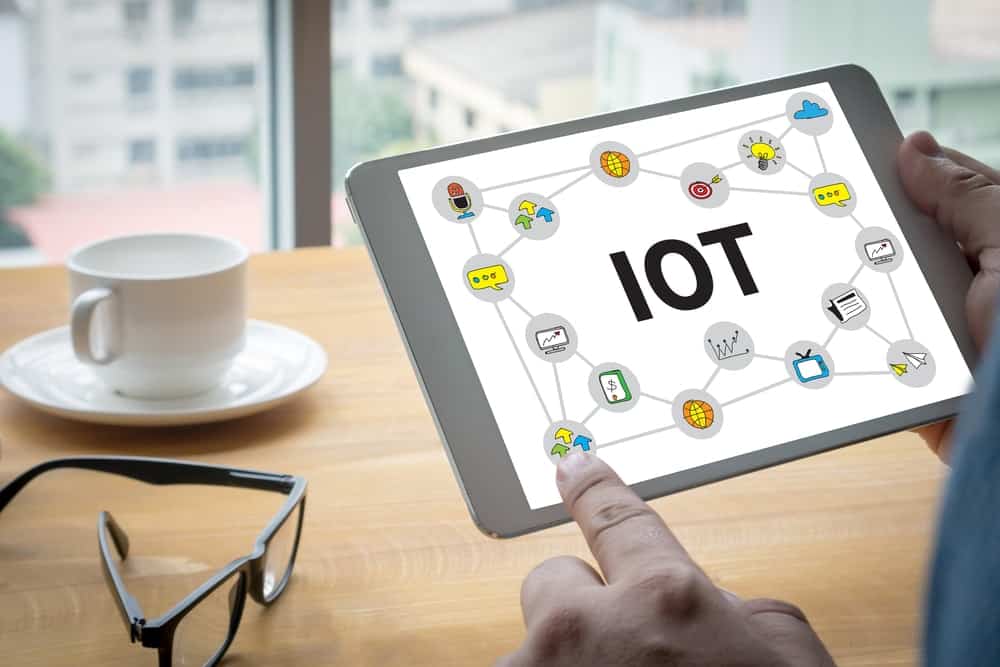 Before isolating specific risks and benefits, it’s a good idea to get familiar with how these devices actually work.

What ultimately drives your smart home tech is IoT, or the Internet of Things. This umbrella term simply refers to a whole bunch of interrelated computing devices that can connect with objects, people, animals, non-computer machines, and other devices that don’t require any additional human-computer or computer-to-computer interactions to execute the desired function. For instance, you could buy a Wi-Fi controlled slow cooker then download an app on your phone to operate it while you’re at work. Crock Pots and the like were originally designed to be left on for about 6-9 hours at a time, but what about that soup recipe that only needs 4 hours then just needs to be kept warm until you get home? Now you can use a mobile or web app to tinker with the device’s setting even if no one’s home to change it. IoT in action. A “dumb” Crock Pot would require additional human interaction to have the setting changed or turn the device off so you don’t come home your soup being like this. 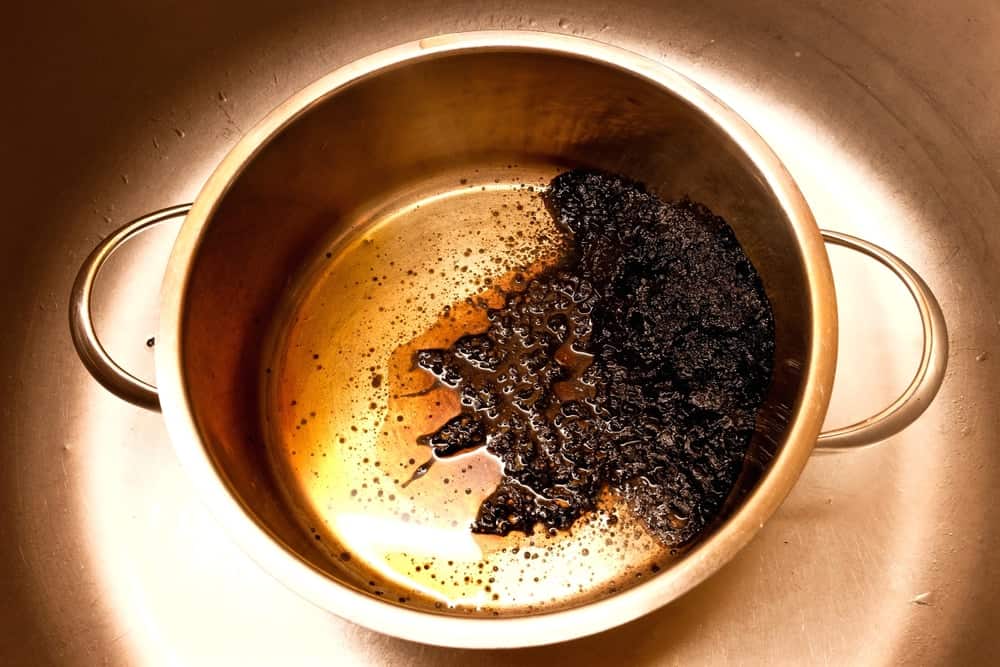 The applications in IoT are positively endless. It’s raised questions of “just because we CAN put technology, does it mean that we should?” which are often asked by The Internet of Shit, a national Twitter treasure.

the final frontier for hackers: inside your body https://t.co/rfzSkVNKjd

But before we had IoT, we had X10 technology, which was first used by Bill Gates in the late 80s after its debut in 1975. Remember those “clapper” commercials from the 80s and 90s?

That’s where that infamous clap on, clap off came from. X10 sent 120 kHZ pulses through home electrical systems by using programmable outlets to simply turn devices on and off. They’ve come a long way since this “1” and “0” binary and being controlled by clapping, as visual and touch-based controls and voice recognition are predominantly how smart home tech is deployed today. Because X10 was only one-way communication, two-way X10 eventually became the staple for smart home tech although only the rich could afford it initially.

Thanks to mesh and other newer technologies, two-way X10 is being phased out in favor of Z-wave and Zigbee so we can eventually get those robotic butlers that can cook for us, and we don’t need to clap for them.

So where do the risks and benefits come in?

We Can Save Money and Energy Because Smart Homes Track Consumption 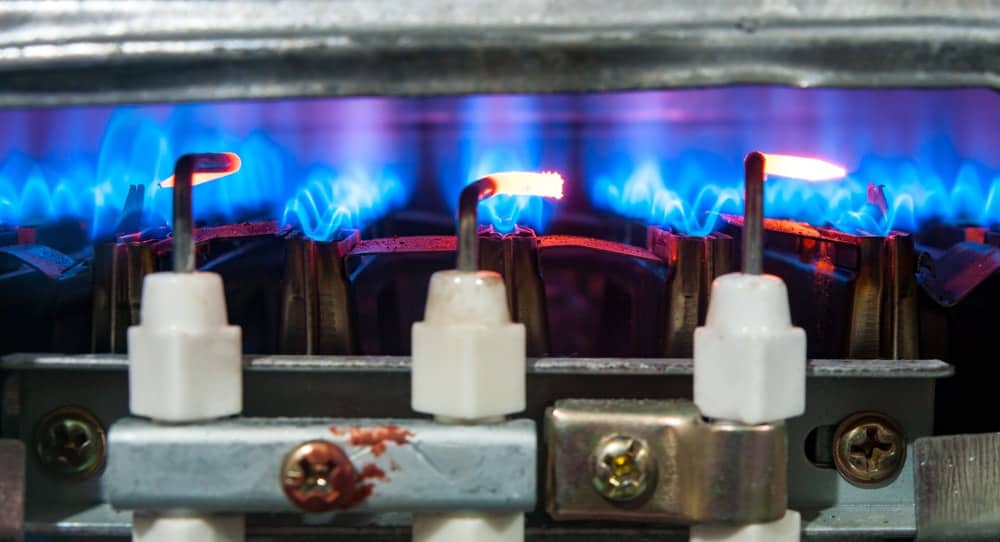 Smart home devices provide the ability to remotely control them from anywhere. If you left the air conditioner or light on while you were out and didn’t realize it, checking the app that controls these things can tell you how much energy is being consumed and/or if the device is still on. You don’t have to get hit with surprise energy bills anymore because you can remotely turn these devices on and off.

This is great for both your wallet and the environment! The ability to clearly track your energy consumption in real-time can also help you figure out which times of the day and year you’re more likely to get hit with high bills. Tracking my air conditioner use helped me figure out I was better off packing my laptop and camping out at the mall or Starbucks if the library’s AC was busted on scorching days.

A big drawback though? If there’s a power outage and/or an Internet service brownout where your home is, you’re screwed. While it means that at least all these things will be turned off while you’re gone, it also means that controlling that smart Crock Pot will be utterly futile and you’re definitely coming home to cold, unappetizing mush that makes your average airplane slop look like a freaking Michelin 5-star meal. 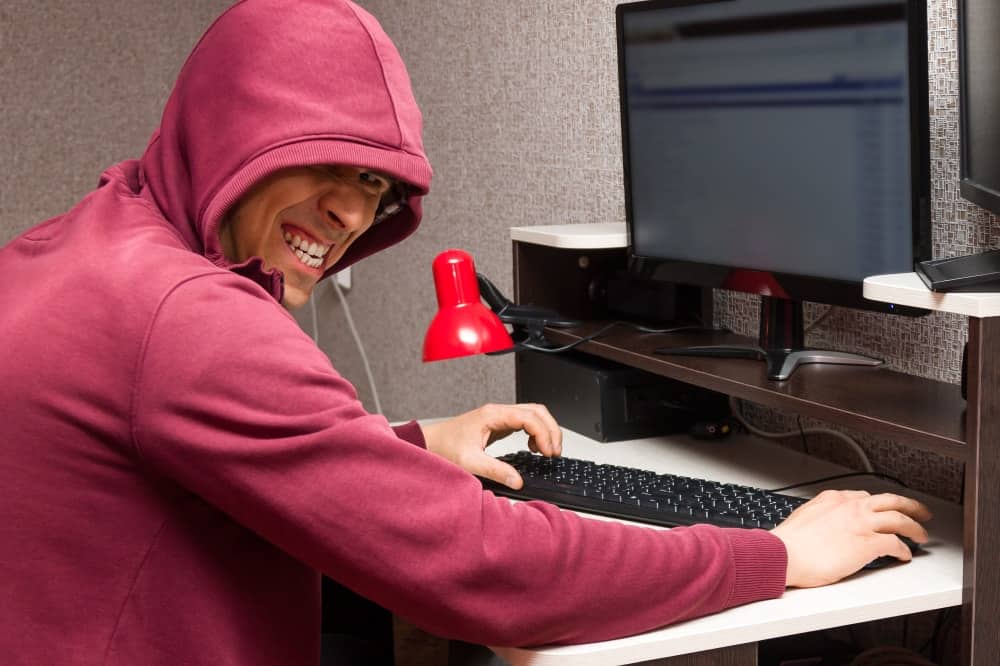 It doesn’t even take some genius hacker or hardened cybercriminal to get into smart home tech. Anyone who has the password to your devices can do some serious trolling, like that nightmare roommate you were desperate to get rid of, that sibling where it’s more than just rivalry, or an abusive ex-partner.

You know how much it sucks when, depending on how the water heating system and pipeworks are set up where you live, someone turns the dishwasher on then your hot, relaxing shower turns into icy needles pelting you in the face? Imagine that but with your ex getting mad that you’re happily doing the mattress mambo without them and they’ve been cranking up the thermostat gradually since you got home until the place feels like a volcano exploded inside a sauna to the point that the wallpaper starts peeling.

See also  Where the F$%^ is All This Dust Coming From When We're Stuck at Home For Months on End?

Often, this is fixed by just changing the passwords for the devices once these situations arise.

IoT Can Be a Godsend For Disabled People 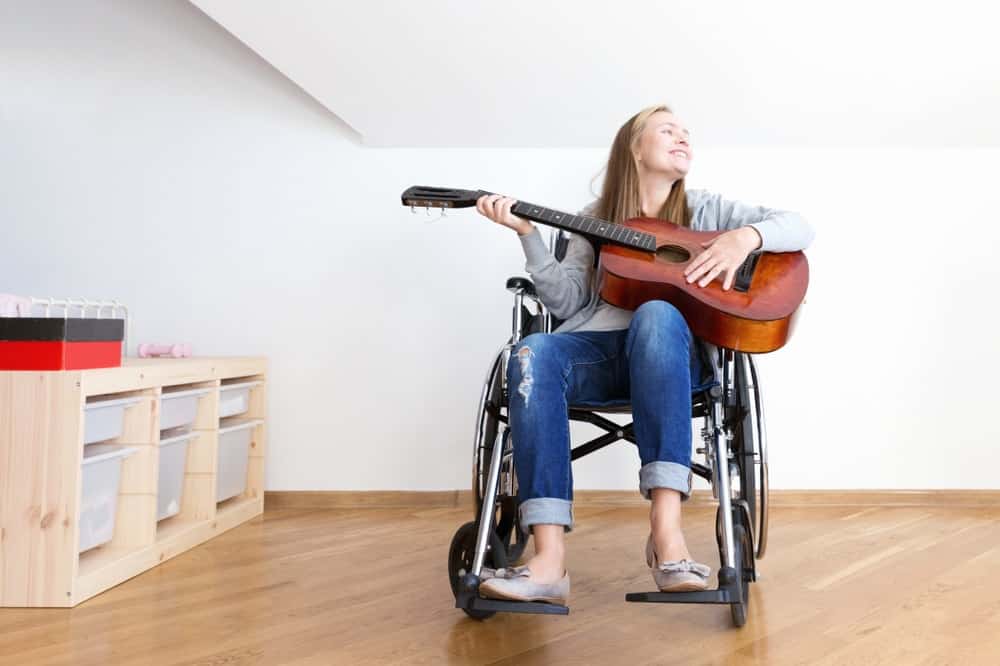 Because so many smart home devices are remote-controlled or can also be controlled by other means like voice recognition, this makes them life-changing for people who have mobility issues, chronic pain, and/or motor-related disabilities.

There’s often this latent ableism whenever someone rings the alarm bell about how tech is making us lazy. Whoever hand-waves about this is clearly not disabled, has never been injured or recovering from major surgery while living alone, or had to care for a loved one who is sick or disabled but wants to be independent.

The ability to control various aspects of your home from your phone has made millions of disabled peoples’ lives better. If you’re in too much pain to turn the lights off from bed or have difficulty operating other devices manually (such as if they’re positioned in places where they’re difficult to reach from a wheelchair or while holding a mobility aid like crutches or a walker), smart home systems are a huge boon to helping disabled people live independently.

We can’t always control accessibility issues with actual floor plans and structure due to sky-high renovation costs and disabled people being more likely to face adversity related to disruptions from retrofitting. But since smart home systems and IoT framework are within the user’s control, it goes a long way to giving disabled people the freedom and power to be independent. 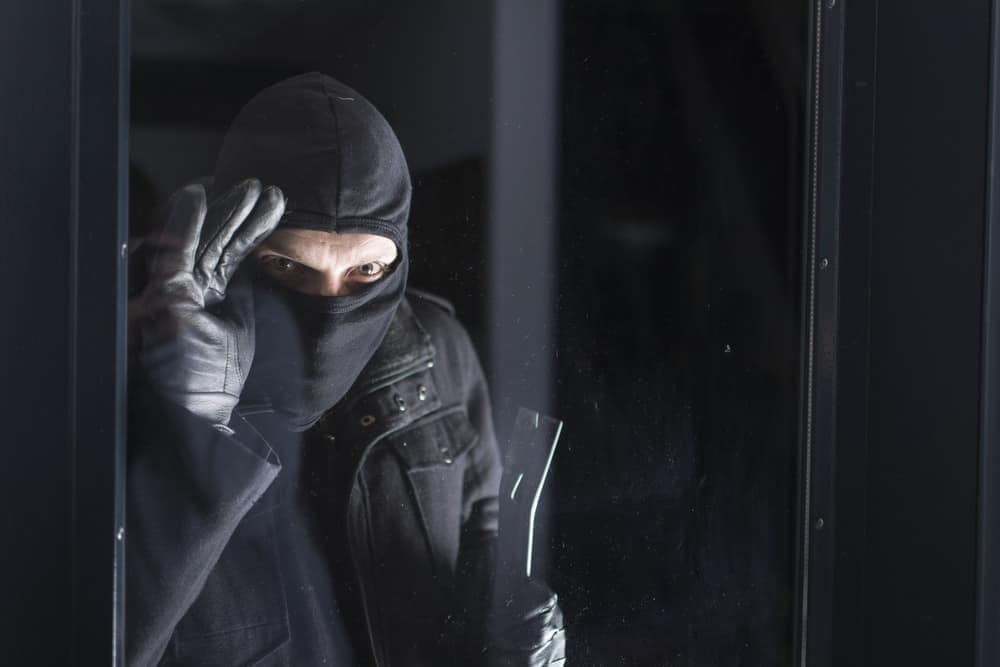 If that ex-partner or former roommate has your password, all you have to do is change it to prevent your home from becoming an ice-skating rink in the winter if you didn’t part on the friendliest terms. But when it comes to home invasions, there are some odd nuances at play if you have a smart home system.

See also  How to Choose the Right Fridge for Your Home

On the one hand, smart home systems can tell us if we remembered to lock the doors or windows. If you have smart locks, you can lock them from your phone just like that remote controlled crock pot or air conditioner. Smart home security systems are ultra-modern nowadays, it’s not like the spotty black and white security cam footage of olde where only the perimeter is being monitored. With the help of apps, you can also see your perimeter in real-time from both afar and inside your home.

However, smart homes have become a prime feeding ground for hackers to take advantage of unsuspecting homeowners.

All it takes is using a public wi-fi connection like a coffee shop’s, and take advantage of apps that have low security to breach much higher levels of clearance like the actual home you live in. Remember that blip about how many millions the smart home industry is bringing in, and all the horrors and delights The Internet of Shit showed us?

This is called an “attack surface”. When everything from your coffee maker to a light switch, all the way to tampons and salt shakers can be Wi-Fi controlled, it has awesome and hilarious impacts but also some incredibly horrifying ones that open up a Pandora’s Box tantamount to getting face-punched by dingos with razorblades for knuckles. Because when hackers have a huge attack surface to work with, and they’re all points of incredibly low security, this lets them slip in easier than a treefrog fitting between your door hinges.

You need to be careful with these items because there’s a reason technologists’ kids play with rocks and Barbie dolls from the 90s. They’re capable of scary shit, that’s why.

If you’d like to outfit your home with these things anyway, it’s worth hiring a security consultant to walk through your home and tell you how to prevent digital and literal break-ins. Don’t get too dazzled by the convenience and shiny novelty, even if some of those conveniences do make life easier for older and disabled people along with the busier lives we lead today. Tread with caution when deciding what should and shouldn’t have a blue tooth.