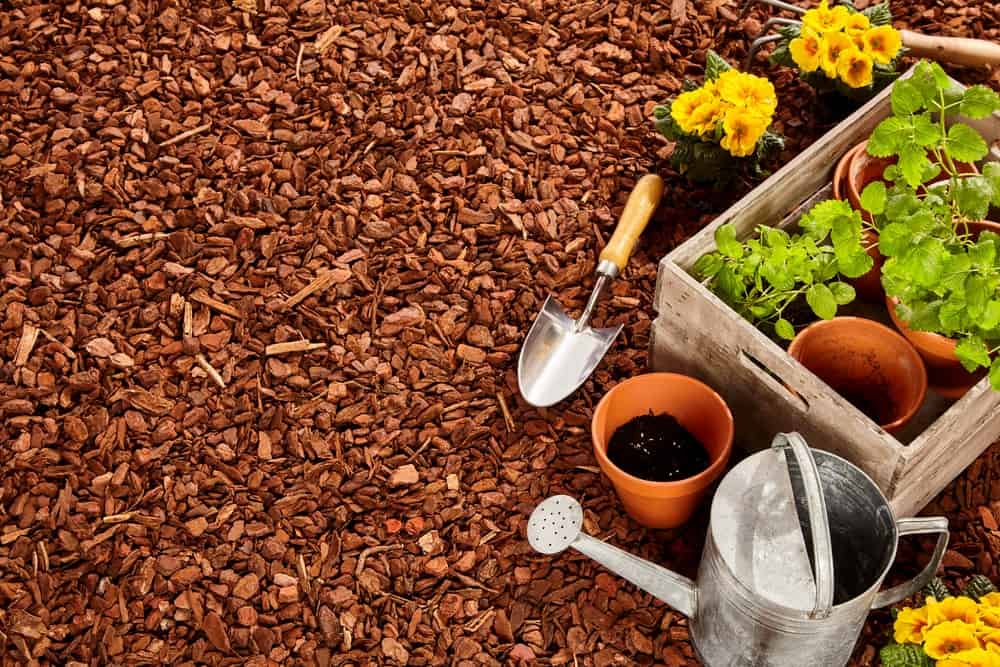 It’s one of those things you have to worry about every single year, like pulling leaves out of the gutters or spring cleaning. You know that when spring rolls around again, you’re going to need mulch. And no matter how enormous those bags of chopped-up stuff are, you always end up being a little bit short.

It’s a chore that you’ve come to accept but what does mulch even do? Is there a good reason that you’re buying this stuff every year or is this another one of those things that garden stores push to get you to spend more money? And what about all the different kinds of mulch?

The truth is mulch services a specific purpose and different types of mulches really do different things. Bark mulch is the best option for some areas of your garden and landscaping. Find out why that is and where you should be putting your bark mulch to make the most out of it.

Table of Contents Show
What is Bark Mulch?
Choosing Your Mulch
Woody Mulches
The Benefits of Bark Mulch

What is Bark Mulch?

All mulch is used for a couple of primary purposes. Mulch helps keep moisture in the soil. It helps cool the soil when it’s hot outside and it helps to insulate the soil against extreme cold. Mulch can prevent frost. And of course, mulch looks nice.

This is why you take the time to pick out mulch in a specific color and why you have to spend so much time making sure it’s evenly spread. Mulch is made in many different materials so that it can perform these functions in different landscaping and garden environments. And with bark mulch, you get one more extra incentive.

Bark mulch is a type of organic mulch. It will break down naturally over time, releasing added minerals and nutrients to the soil. This also means that the mulch has to be replaced periodically because it does break down over time. However, every time you add more mulch you’re adding more to the soil to enrich it.

As you might have guessed, bark mulch is made from tree bark. It visibly looks like cut up pieces of tree bark and usually comes in shades of brown. Woody mulch like tree bark does not mix into the soil but rather sits on top of it, which is exactly what you want it to do. However, this can make it a pain to move mulch after it’s been placed.

That’s why you want to only use bark mulch in garden and landscape areas that are finished. Your decorative flower beds, your ornamental trees, and your shrubs are all perfect candidates for bark mulch. But you probably don’t want to use this stuff out in your vegetable or herb garden where you’re going to keep digging throughout the year. If you have to move your mulch multiple times, you’re going to get pretty annoyed. 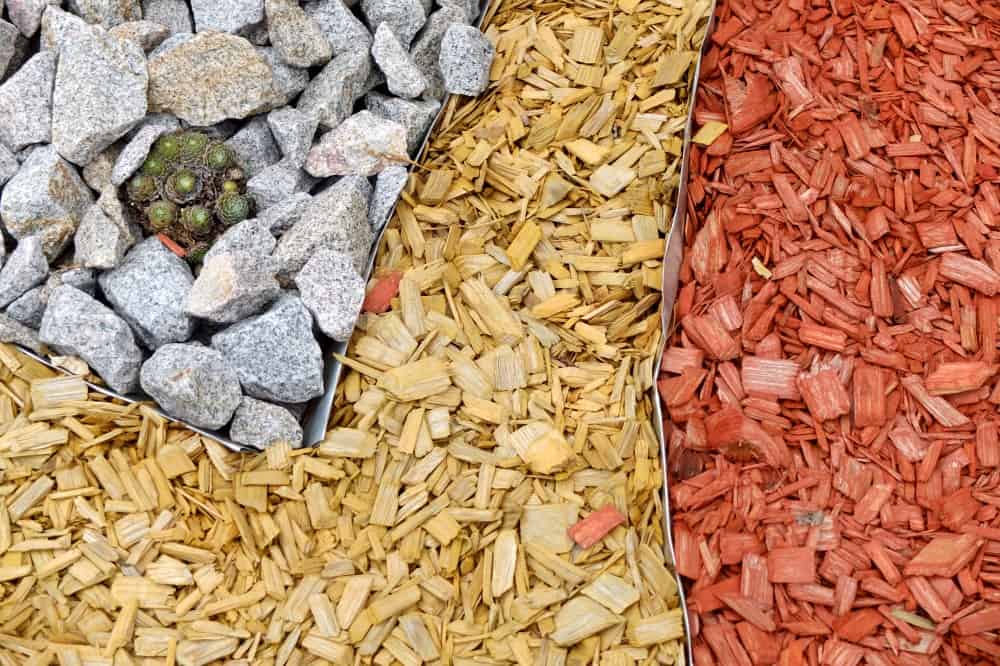 Bark mulch is a natural material and it’s pretty inexpensive, too. After all, there are a lot of trees. It can’t be that hard to get your hands on some bark, right? But the type of bark mulch you buy makes a big difference.

You don’t want to get your mulch from just any source, no matter how cheap it is or how easy it is to get. If your neighbor down the street cut down a tree and they’ve got a bunch of shredded bark to unload, for example, you shouldn’t necessarily show up with a shovel and a wheelbarrow.

Mulch can have weed seeds and other debris in it if you don’t get that mulch from a good source. If you’ve got mulch that’s full of weed seeds, you’ll end up with landscaped areas that are full of weeds. So purchase high-quality bark mulch. Otherwise, you’ll end up spending a lot more money trying to deal with the problems that result.

When you go looking for mulch, you’ll end up looking at a lot of stuff that looks a lot alike. There are multiple types of woody mulches available, including wood chips. And can they really be so different from bark?

The short answer is yes, they are. There are a lot of differences between wood chips and bark mulch, so you want to make sure you’re getting the right thing for your outdoor areas.

Wood chip mulch may contain pieces of bark and leaves in addition to the wood, which comes from trees that have been cut down. Wood chip mulch is chunky, with some larger pieces ranging in size from one to five inches long. 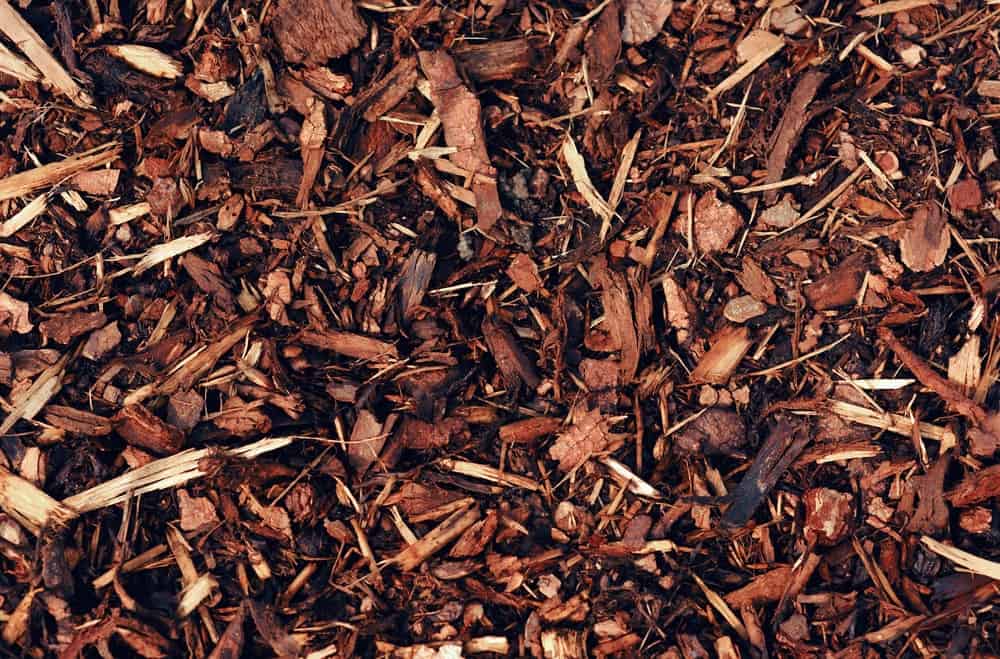 Shredded wood mulch is different from wood chip mulch and bark mulch. This mulch is often made from scrap wood from lumber, paper, and construction industries and not from whole trees. This means that there may be chemical additives in the wood. You probably don’t want to fill your garden areas up with chemicals.

The Benefits of Bark Mulch

Bark mulch is an ideal choice when you want to retain soil moisture. It’s very effective against evaporation so it’s especially useful in garden beds where you need moist soil. Bark mulch also looks very nice, so you can use it anywhere to get an attractive, finished look.

The only drawback to bark mulch is that it is attractive to wood-boring pests. If you’ve had problems with termites in the past, you might want to shy away from bark mulch. Termites adore old wood, and what else is bark mulch if not old wood? Termites are geographical insects that are more common in some areas than others. 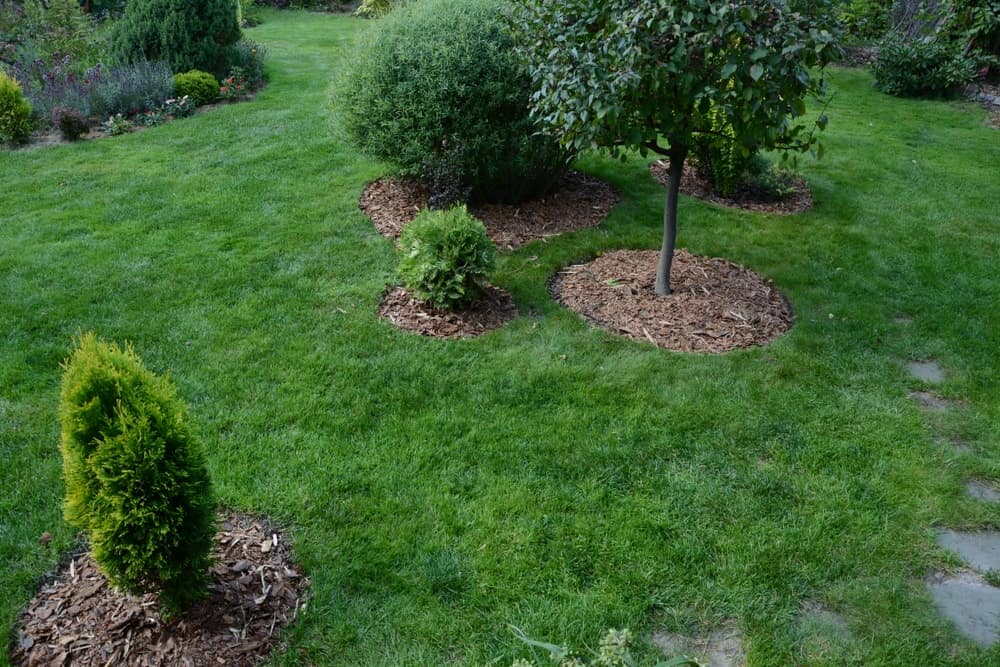 If you’re not sure, talk to pest control companies in your local area to find out what insects they treat most commonly. If you live in an area where termites are a rather rare occurrence, using bark mulch won’t suddenly cause them to show up in droves. Bark mulch is only a potential problem in places that already have a lot of termite activity.

Mulch helps you conserve water and it prevents weed growth because it keeps the ground covered around plants. That keeps sunlight from penetrating the soil, which is all weeds really need to grow in force.

So even though it can be a yearly task and expense to spread out all that mulch, you’re still saving yourself a lot of time and trouble with your garden and landscaping areas because you’ll water less and you’ll pull a lot fewer weeds. And when you choose bark mulch, you’ll be enriching the soil at the same time.