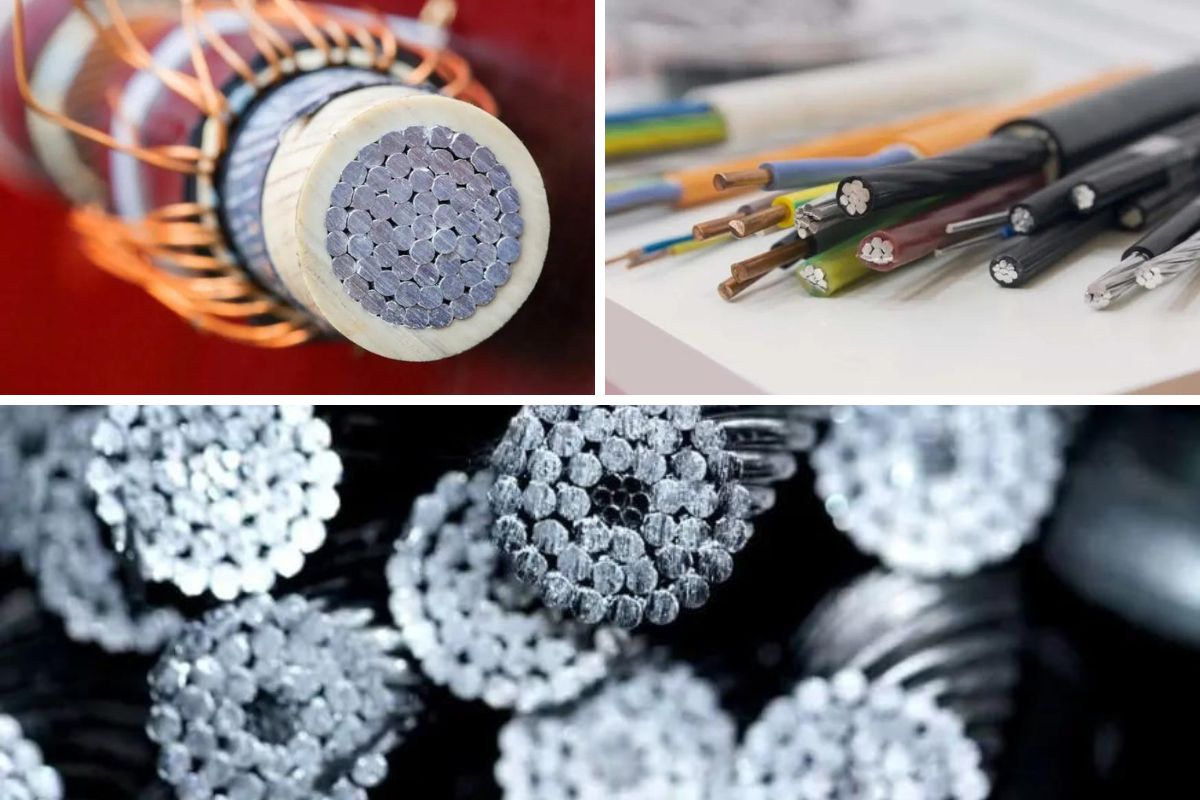 Yes, aluminum is a conductor. A conductor is a metal that ranks fourth when it comes to metals that are good conductors. Silver, gold, and copper rank above aluminum, in that order.

But, when aluminum was first discovered as a good conductor, its potential was seen as a miracle. It was then used as a metal in a wide variety of applications and began to be used as a primary metal for conducting electricity around the world. It still is today.

Learn more about aluminum and its potential for conducting electricity here.

Table of Contents Show
Understand the Difference Between Conductors and Insulators to Learn More About Aluminum
Al Is a Conductor but Its Conductivity Can Be Reduced Intentionally
What are the benefits to choosing aluminum as a conductor?
Where Is Aluminum Most Widely Used Today as an Electrical Conductor?
Is Aluminum a Renewable Metal? 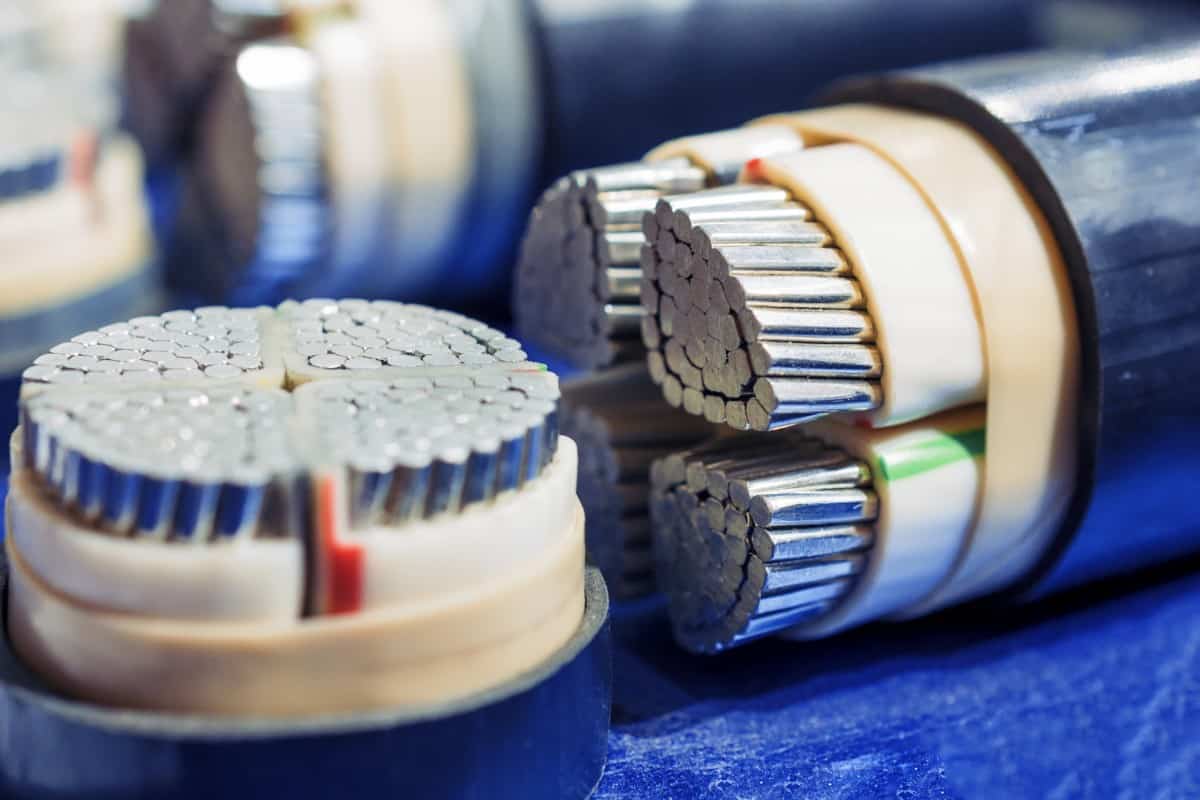 When it comes to metals and elements, there are conductors and there are insulators. A conductor is a metal that allows for the flow of electrons and electricity around its atom, but an insulator will resist that. It is important to understand what both things are when you are wondering whether or not aluminum is a conductor.

Insulators however will repel or resist electron flow, making the flow of electricity impossible. An element that is an insulator will have a number of atoms in it that will prevent electrons from moving. The electrons here are almost static such that they can not move from one atom to the other.

In these atoms, the electrons are very close and tight to the atom and they do not move freely as they do with conductors. Because the electrons can’t move, neither can electricity flow thus rendering these materials as insulators as opposed to conductors.

So, for example, plastic would be considered an insulator because its electrons are static. These electrons do not move in the space of quantum physics. Rubber, ceramic, glass, and other materials such as this are also good insulators. 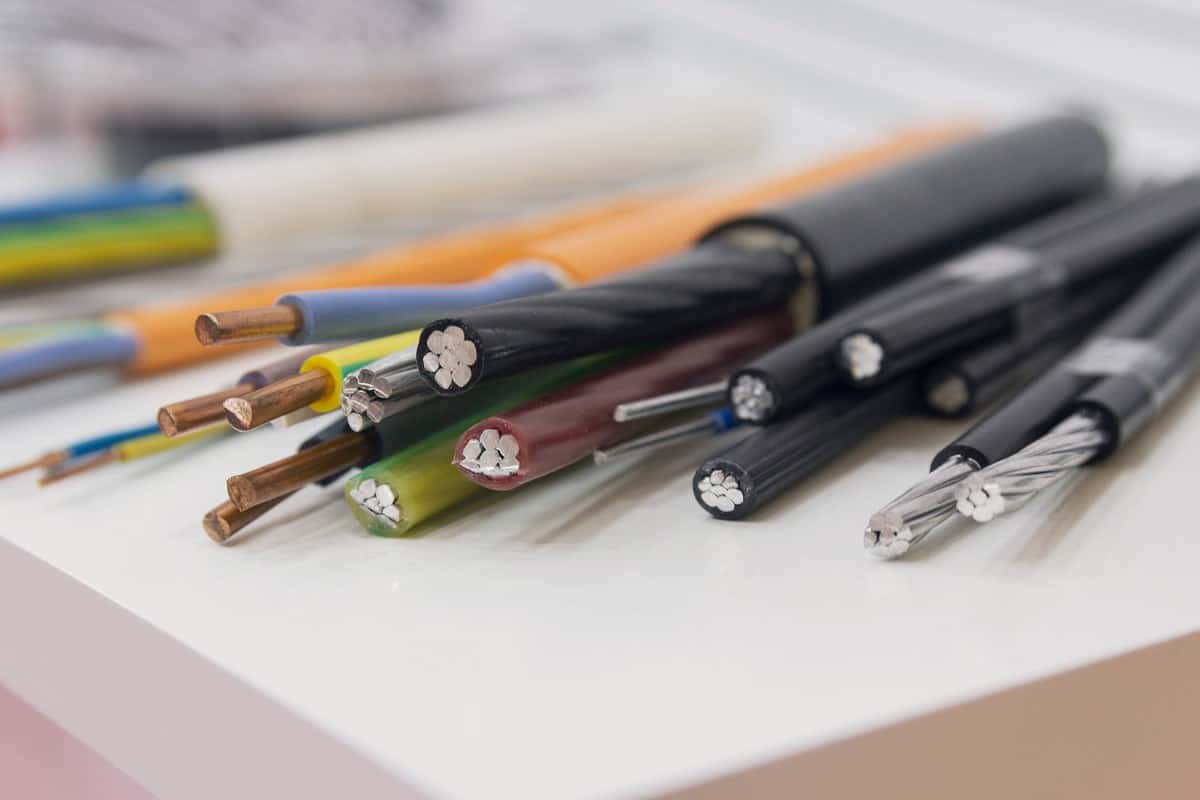 This is why you will see many electric wires coated with rubber for safety purposes. The wires are good conductors, many of which are made with aluminum. The rubber around them is not, protecting both humans and animals from getting burned if they get near the wiring.

A conductor on the other hand has free electrons around it that roam from one atom to another. That is because the atom can not keep the electron static, but it does not mean that atom is weaker than another.

That simply means the atom has different properties. When electrons move from one atom to another, electricity flows.

Conductors can also move electricity from one particle to another in multiple directions. That is the advantage of having electrons move freely around atom, the electricity moves in many different directions and this is where the electric charges occur.

One atom moves electricity between another. When many do at the same time, electricity occurs. For the electric current to occur, the charges need to be able to flow in multiple directions.

When one metal is a better conductor than another it is able to anticipate the flow of electrons easier than the other. So, copper ranks higher than aluminum for being a good conductor, because its electrons can move more freely than aluminum to some extent.

Gases are inert because the molecules are too far apart in order for electrons to move freely. If you could convert the gas into ions, or, ionize it, then you may be able to transform it into a conductor.

Al Is a Conductor but Its Conductivity Can Be Reduced Intentionally 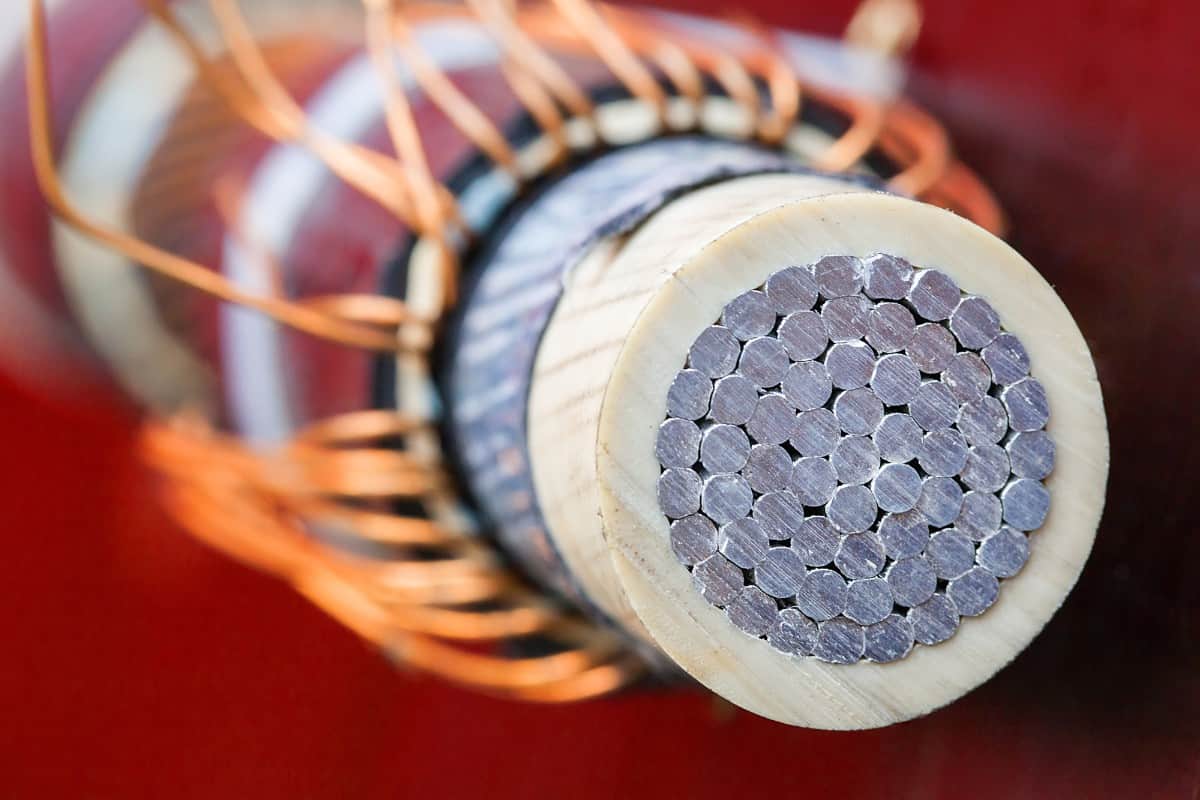 Aluminum on its own is an excellent conductor, but many industrial applications like the sturdiness of this metal but don’t want it to be able to keep a charge or electrical current flowing. So in this case, a coating or finish that is an insulator will be applied to the aluminum so that the aluminum can be used in industry, without being a conductor. It is this process that sometimes confuses people into wondering whether or not aluminum can be a conductor.

So an aluminum product with a natural oxide finish is not going to be a good conductor. In products such as the rims of vehicle wheels, that is a good thing.

Another very common coating to aluminum to prevent it from being conductive is a powder coating. The powder coating will function as an insulator of the aluminum underneath.

Yes, aluminum is a conductor and there are many benefits to that, but it is also an excellent metal that can be used for many other things without creating an electrical charge.

What are the benefits to choosing aluminum as a conductor? 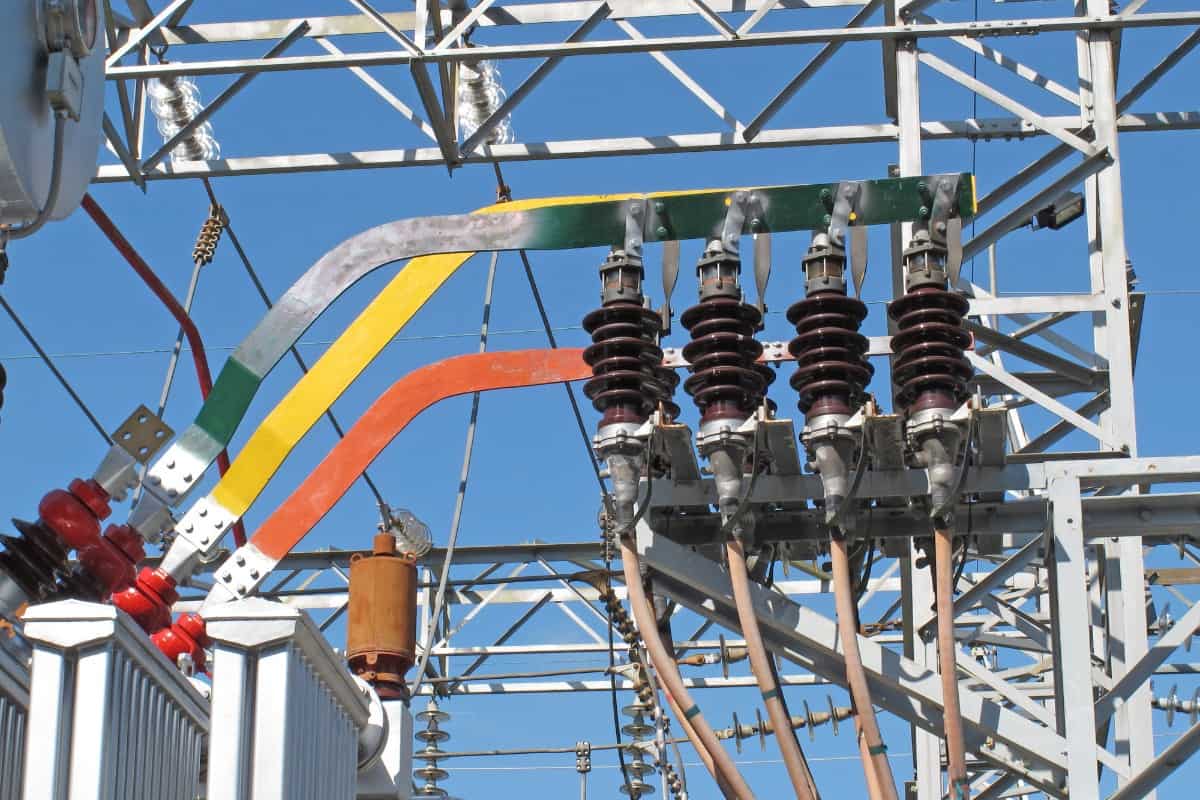 Copper is more malleable and it has a higher conductivity property than aluminum. But it is more expensive than aluminum and thus not used as widely. Copper is also much heavier than aluminum when it comes to industrial applications, a property that is not that attractive for some purposes.

Additionally, copper is sometimes as cost prohibitive as gold and silver when it comes to these applications. A key reason for that is availability. Aluminum is much more available than copper is and this is just another of the many benefits of using aluminum.

Aluminum is very available, and comprises over 8 percent of the Earth’s crust, while copper is ranked 25 on the list of raw materials that are available to be used in industry. Because of this, aluminum prices do not fluctuate the way that copper prices do.

Another key benefit to using aluminum is its weight. Aluminum weighs 70 percent less than copper does, and this makes it more ideal in many applications, including wiring. Wiring can be installed, and maintained, much easier when it is aluminum.

Where Is Aluminum Most Widely Used Today as an Electrical Conductor? 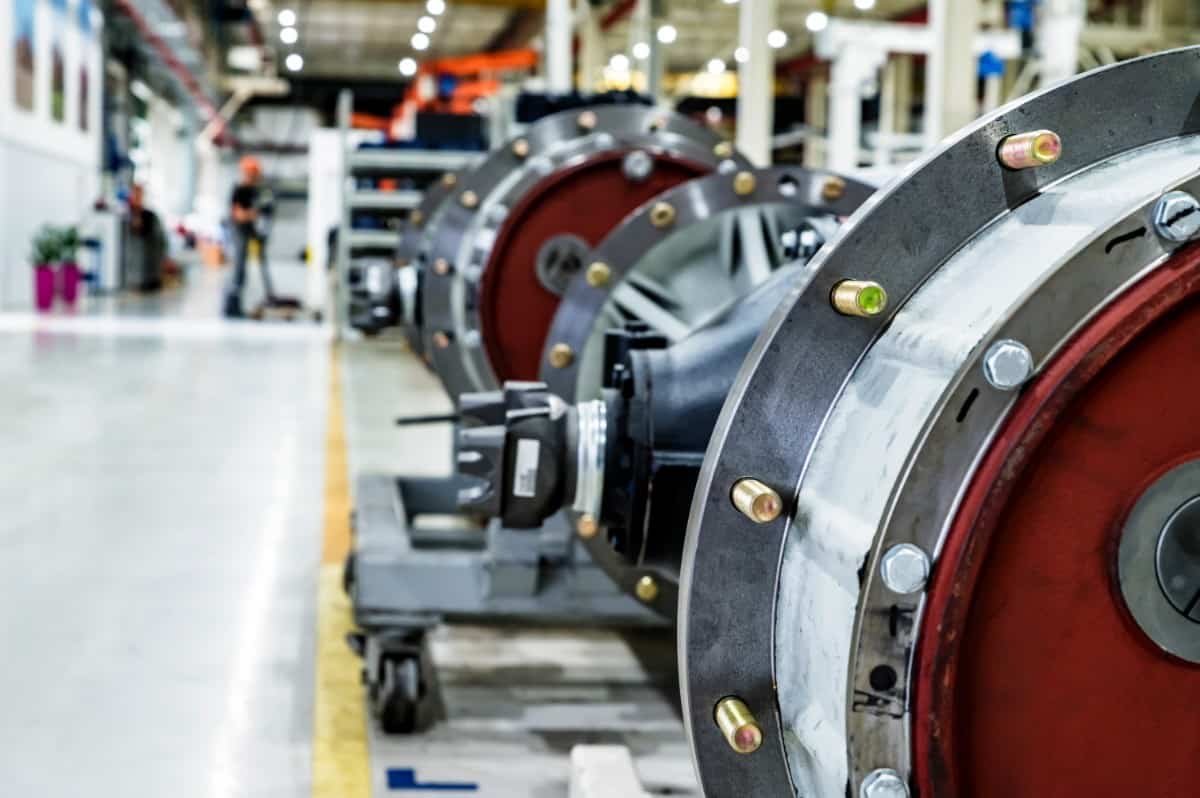 Every industry in the world uses aluminum to some extent, whether they are melting it themselves or purchasing it to bolster their own product development and supply. The transportation industries, particularly automotive and aerospace, use aluminum more heavily than any other industry as a result of its conductive benefits.

Is Aluminum a Renewable Metal? 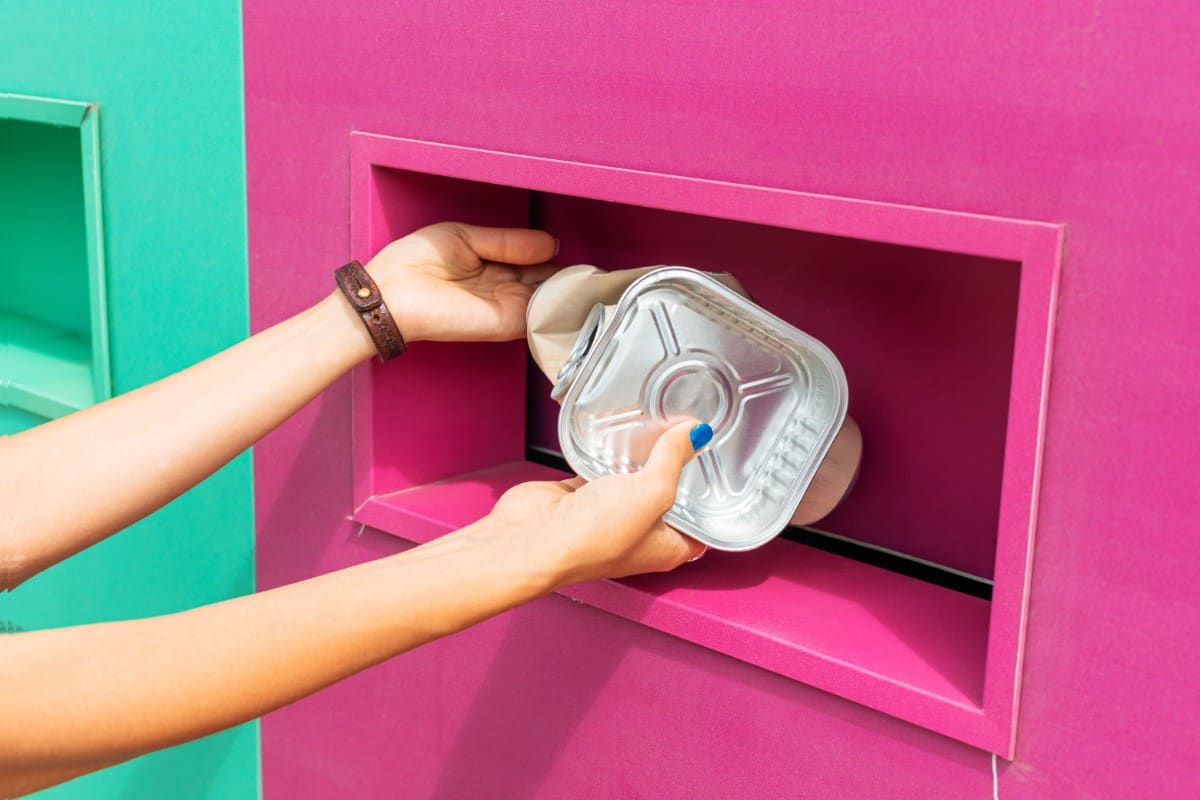 Yes. It comprises 8 percent of the earth’s crust and this makes it a renewable material. That is just one of the additional benefits of having aluminum in industry. It is also one of the reasons it is cheaper than other metals such as copper.

This renewable property of aluminum also lends to its other properties, which include being light in weight, corrosion resistant, and strong to work with. Aluminum can also be very easy to make or melt, and, despite its strength, is easy to work with in industry. It is easily drilled, welded, bonded, taped, and is very flexible overall.