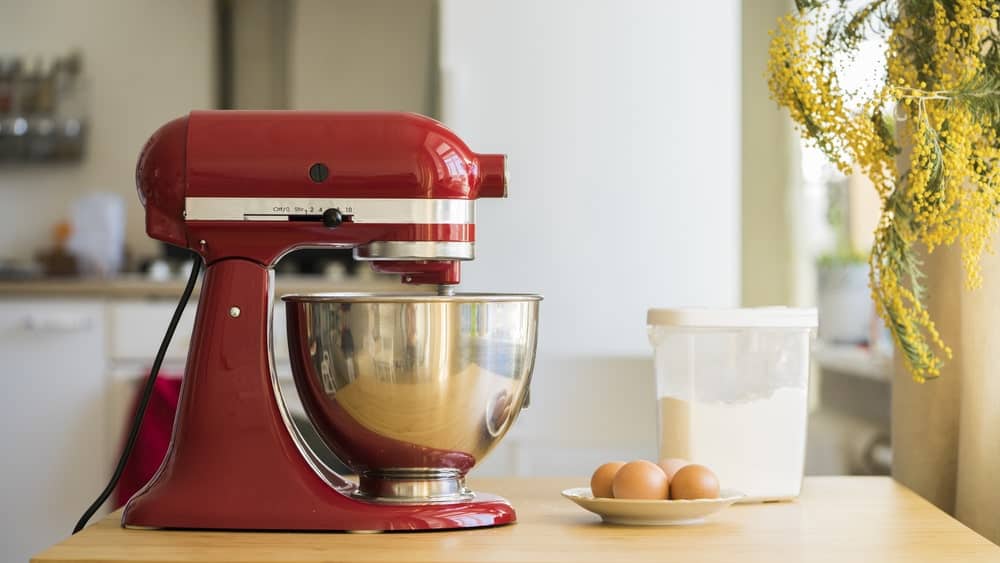 Millennials may be unable to afford the home-buying process, but we’re sure as hell buying high-end kitchen gadgetry without even waiting to sign a deed or tie the knot first. And while there’s various manufacturers making stand mixers nowadays, KitchenAid is as synonymous with stand mixers as Band-Aid is for sticky little bandages.

They’ve been a symbol of “arriving” because you moved on to the homeownership and marriage phase of your life, often receiving one as a wedding or housewarming gift. But demand for these babies has shot up so much, that KitchenAid had to literally build a new factory. The biggest new group of buyers? Single Millennial women.

Us single Millennial women don’t have– or even need– roadmaps, baby. We’ve been told to wait and wait and wait and wait and wait AND WAIT all our lives for “good jobs” and “stable marriages”, and instead we got unaffordable rentals, overpriced condos no one even lives in, and people who do nothing but flake and ghost in this hellscape…so no, we’re not waiting any longer to make our shitty little hovels into Barbie Dream House kitchens. No, we’ve effectively glommed onto this one symbol of adulthood when the traditional markers have been pushed out of reach– or we decided we don’t really want or need them anyway. I mean, I see no reason to perform adulthood for a bunch of people who don’t care if the planet turns to ash like so much toaster undercarriage.

Regardless of age and gender, you may be contemplating buying a stand mixer. We’ve gotten past the psychological barriers to buying cool new toys like them. But it’s also a matter of having enough space to house a stand mixer and get the most utility out of it, plus the financial barriers: low-end KitchenAids can be found for under $300 while spiffier models with custom finishes and more professional capacities can exceed $1,000.

Table of Contents Show
So, is it worth it to buy one?
Understanding the Possibilities of a Stand Mixer
Stand Mixer Attachments

So, is it worth it to buy one? 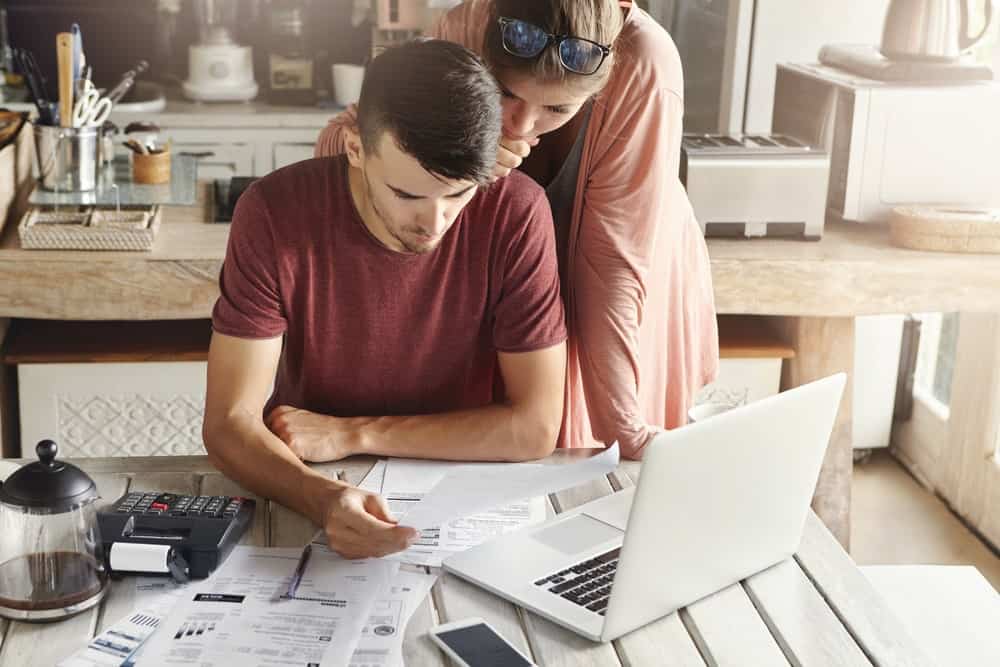 That depends. Namely, what do you like to make? Do you see yourself doing it more often if you could just “automate” the process with a stand mixer? Or is it solely for fun?

In that Atlantic piece I linked above, influencer and celebrity chef cultures are just partly why stand mixers, espresso machines, and other high-end appliances have become a Millennial symbol of stability since homeownership is often out of reach. Over $432 million worth of stand mixers were sold in 2018, up from $389 million in 2017, and clearly because many people think it’s worth it. But that’s not all. Our cooking behaviors have changed as work and lifestyles become more demanding, and cookware and gadgetry of olde focused more on consistently being able to make the same dishes over and over for years. Once your shitty old grocery store pans broke or rusted out, you went to a real home goods store and got that nice Martha Stewart or Le Creuset. It stands to reason many of us do that today without even bothering to wait for a wedding registry.

But the driving force behind those sales numbers is also seeing cooking and baking as something that’s fun, rather than the utilitarian “Ugh. I HAVE TO cook dinner for my lonesome, it’s boring, it sucks, and it’s not even going to come out half as good as the selection on Grubhub.” So, appliance manufacturers aren’t thinking about that utilitarian aspect of having to make meals for your family on a regular basis. Your tired ass is going to the office slop chains for dinner before they close and the last bus leaves. Rather, the selling point is, “This weekend, I want to make that batshit crazy thing I saw on Tasty and need the right tools.”

According to quality control on social media and other YouTube channels, this beast does not come as good or even as it looks in this video.

Understanding the Possibilities of a Stand Mixer 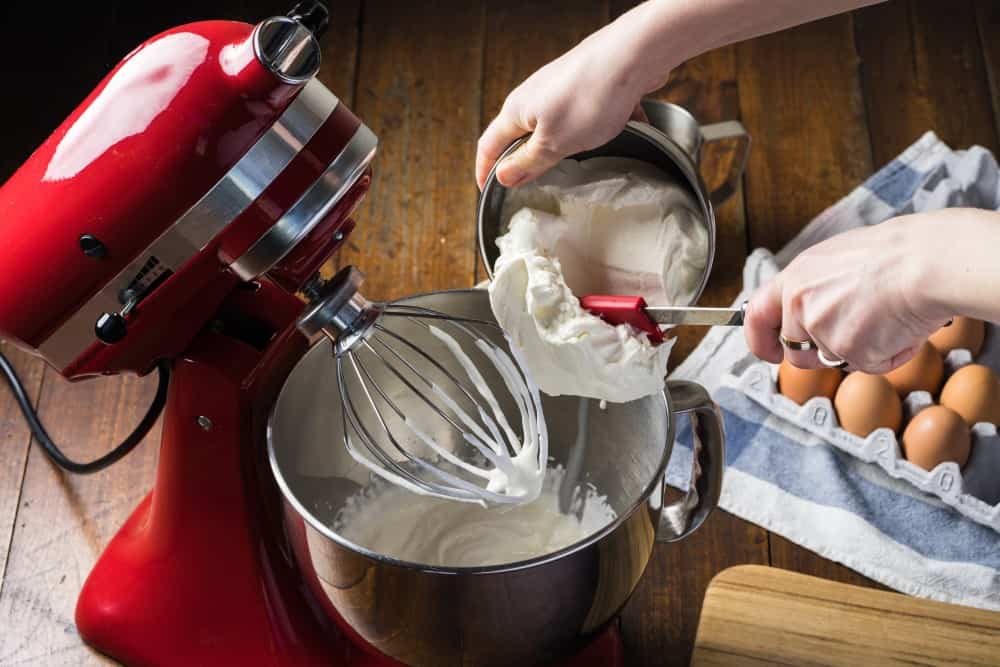 Depending on how many cooking shows you watch on YouTube and TV, or just how much time you spend in the kitchen in general, you might think of a stand mixer as something you use primarily to make cakes, frosting, and other accouterments for baked goods. But that’s not all that stand mixers can be used for!

Believe it or not, I actually own one. Yes, that gal who has executive dysfunction that’s so bad, that she frequently ends up with $50 worth of groceries but nothing to make an *actual meal* with. While baked goods may be the focal point for a stand mixer, you don’t have to make cakes, cookies, and sundry. I use mine mostly to make homemade bread when I have the time. Hell, it’s basically just a giant bread/dough maker for me.

I know that I’m about to get pelted by the hardcore breaditarians for not kneading by hand but fuuuuuck that. Kneading by hand can be fun, but I’d go to the gym if I wanted a good forearm workout and have none of the mess. If you crank up the paddle too high it can ALSO make a mess, but I found that the KitchenAid seriously got a more even and airier dough ball in less time than kneading by hand and all these other time-consuming steps that were clearly designed for professional bakers or people whose sole occupation is managing the household. 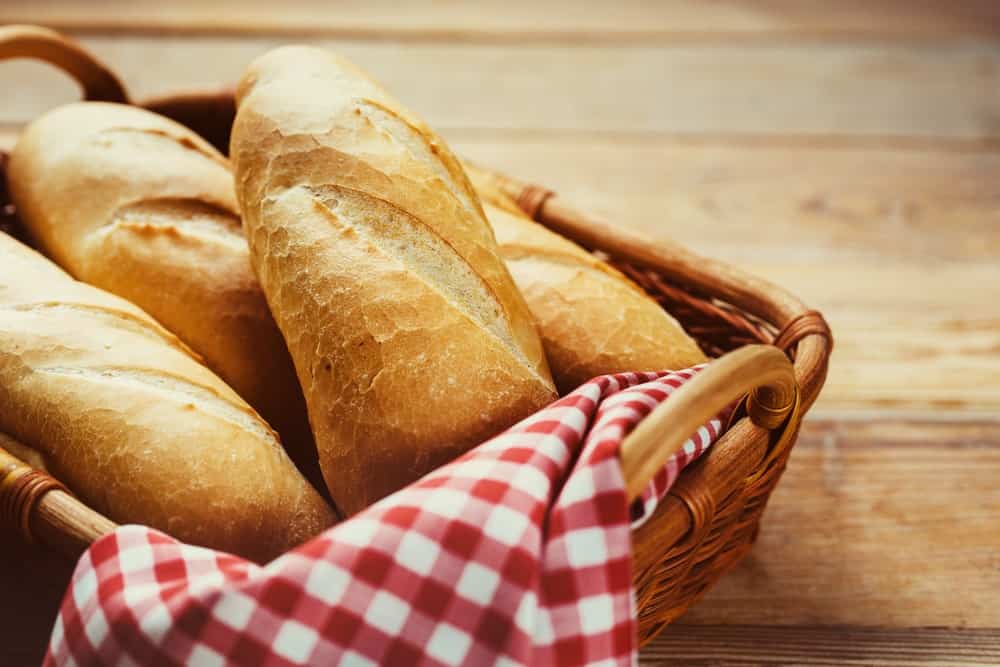 My bread is not as pretty as this, but it’s VERY tasty.

I’d tried bread machines before, and liked the dough cycles better than baking it inside the machine where it always came out with this stale, chemical-y taste despite the lack of preservatives found in shelf-stable commercial breads. But the KitchenAid was just EVEN BETTER than the dough cycle, and I could shove all the components in the dishwasher. The supposedly dishwasher-safe bread machine I had created this really gross rub-off on the bottom upon extracting it from the dishwasher, and turned the tub interior and paddle into this questionable shade of iridescence that looked like some of the dresses and boots available at Dolls Kill.

That’s a nice aesthetic for hitting the clubs and music festivals. I don’t want hologram on something I’m supposed to ingest.

I paid about $200 at Target for my basic KitchenAid and found I definitely got my money’s worth compared to the $30-90 I’d waste at a time on bread machines that produced subpar results and were a pain in the ass to clean. The fact that I could just put the whole thing in the dishwasher was a big sell for me. But even if you don’t have one, KitchenAid bowls in particular come in both stainless steel and glass varieties that can be cumbersome to wash if your sink is on the small side, but you can swap out for a smaller size.

So I think they’re definitely worth it if you want to make bread a lot! But if you have other favorites calling for constant whisking such as pancakes, eggs, homemade whipped cream, or even just things like instant pudding and Jell-O? The KitchenAid’s whisk attachment is nifty for that.

If you don’t like these things, doing the keto thing so you can’t eat bread, or only make the above items once in a blue moon, you’re probably better off saving your money. Hand mixers that you can plug in and detach the mixers can get the job done well and are pretty inexpensive, and you can always get a hand whisk for $2-3. 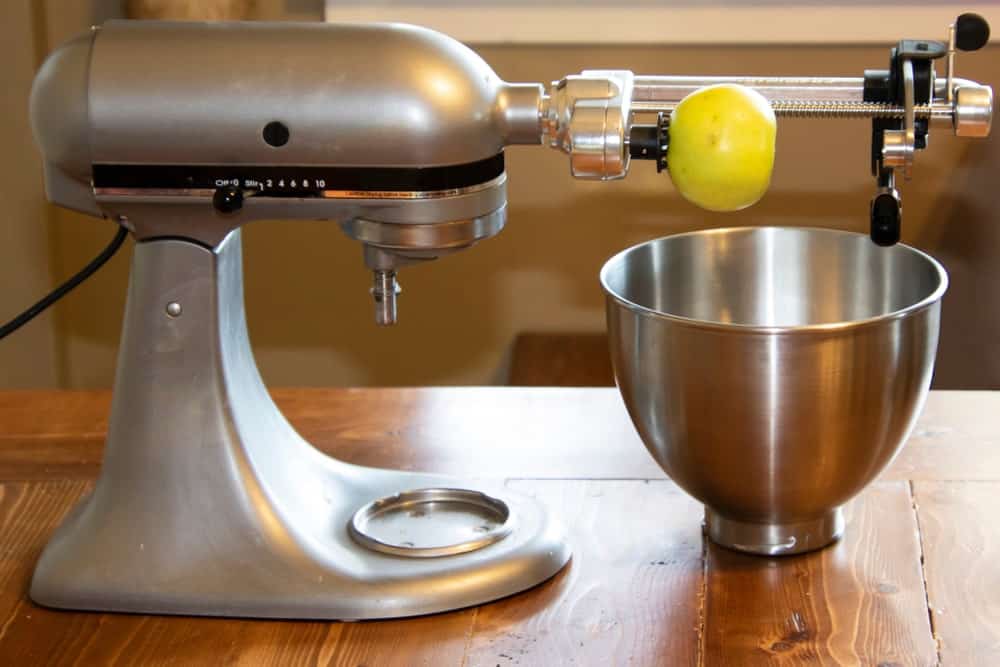 I mostly use the whisk and dough hook, but the paddle comes in handy for things like those gluten-free muffin recipes calling for oats and bananas. Food processors and blenders just pulverize them, which is fine for some recipes, but I like the chewiness of oats that haven’t been ground into flour.

But there’s LOADS of different attachments that you can add to your stand mixer to do anything from make ice cream and pasta to spiralize veggies. Devices meant for these three specific purposes have come and go as fads, but the KitchenAid has made them like swappable gear when playing an RPG. You can swap out blades, the entire bowl, or use the top of the device for things like the pasta maker attachment.

The price points for these attachments vary, with some of them costing more than what you’d pay for a standalone spiralizer laying on a shelf at Marshall’s. Depending on your kitchen setup, some of these attachments are worth it while others are just a gimmick that you wind up never using.

If you’re thinking about modding yours with removable attachments, do thorough research on each one. Apparently, the ice cream maker attachments are the least reliable and you’re better off getting a device specially designed for making frozen treats or just buying them at the store ready to eat. Beware third-party imitations that could also void your warranty if something goes horribly wrong. The last thing you want to do is call KitchenAid asking for replacement parts because of that third party meat grinder that just wasn’t doing that sausage right.

All up, if your culinary needs entail lots of dishes calling for a whisk, dough hook, or beaters, a stand mixer could be an excellent investment. You don’t have to wait to get one anymore, either. But if you’re more interested in the attachments that do things like cut veggies, make ice cream, or grind spices, you’re probably better off saving your money on standalone devices or looking into other systems like Ninja or Vitamix (the former’s coffee grinder attachment was worth it alone).