Originally inspired by a Native American recipe, baked beans is an all American dish served at cookouts alongside grilled meat and other sides. By using an Instant Pot, you can whip up Instant Pot Baked Beans in a little over an hour, even when you start with dried beans. 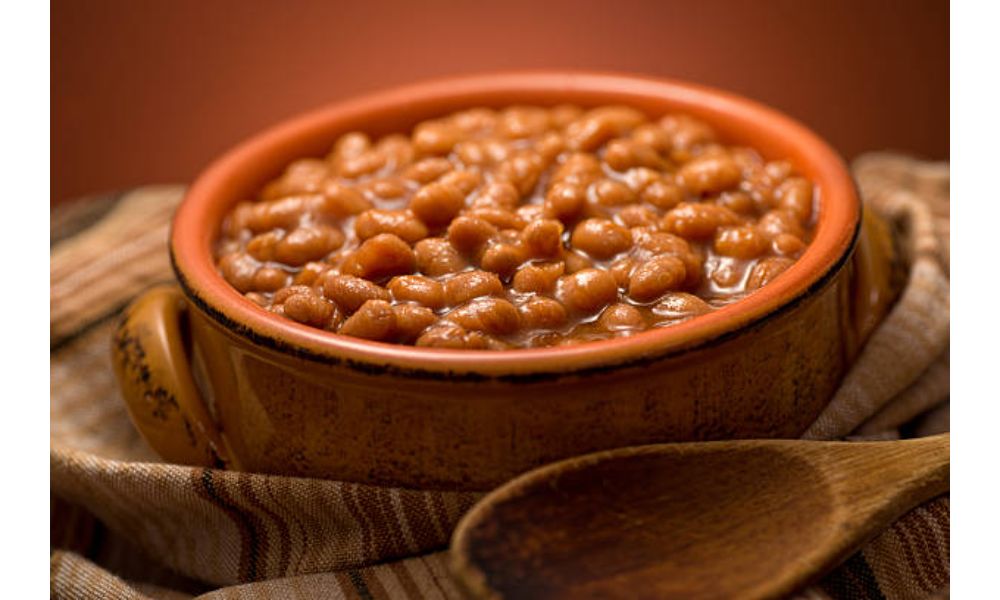 An all-American side dish, baked beans originated with the Native Americans who lived in the New England area of the United States. The native people grew beans every summer, let them dry for winter storage, and later cooked the beans topped with maple syrup. New England colonists learned this cooking method from the Native Americans and adapted it for their own use. 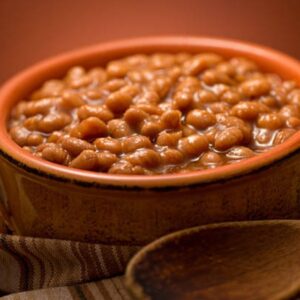 While our recipe for Instant Pot Baked Beans uses Pinto beans, classic baked beans recipes use white beans or navy beans. In modern New England, it’s not unusual for other kinds of beans to be used for baked beans, such as Jacob's cattle beans, soldier beans, or yellow-eyed beans. While dried beans are an inexpensive food that are high in protein and fiber, there is one major drawback to using them. Dried beans take a while to cook. Usually, cooks who want to use dried beans in a recipe have to soak the beans overnight. This rehydrates the beans and helps to ensure that they cook evenly. After soaking, a batch of pinto beans can still take over an hour to cook at a low simmer. And if your beans are old, they may take even longer.
Using a pressure cooker can eliminate the time-consuming steps of soaking beans and can cook them much more quickly. All kinds of foods cook up much more quickly in a pressure cooker. Pressure cookers have been in use since the early 1900s. Frugal home cooks know that learning to cook dried beans rather than canned beans can help pinch pennies, and a pressure cooker can help make that happen quickly. The Instant Pot is an electronic kitchen appliance that takes the guesswork out of using a pressure cooker. With just a touch of a button, you can safely and easily cook dried beans in your kitchen in less than an hour. Our recipe for Instant Pot Baked Beans will make creating a batch of homemade baked beans much simpler.
Keyword Baked Beans, Instant pot, Pinto Beans, Recipe, Side Dish