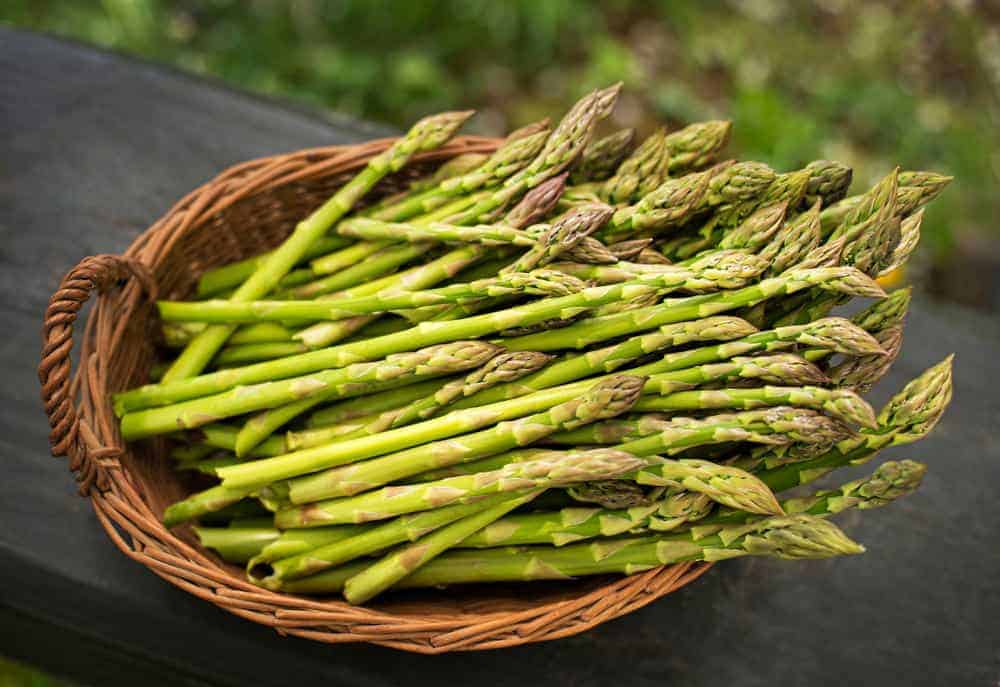 The arrival of the growing season means more asparagus! If you like using asparagus in your dishes, finding different ways to store fresh asparagus becomes a priority. Without asparagus, your dish may be incomplete. Lucky for you, there is a range of ways to preserve your favorite vegetable — canning, pickling, freezing, drying, and salting. You can choose a method that you find the easiest and most convenient. However, preserving asparagus does not mean that you start hoarding it, storing way more than you need. You just need to store enough to last you the entire year.

To decide the amount of asparagus you need to store, you need to consider the number of times in the year you cook with the vegetable. For instance, you may eat asparagus several days each week or once every week. Based on your answer, you can decide on the amount of your favorite vegetable that you want to store.

Table of Contents Show
How to Store Fresh Asparagus
1. Canned Asparagus
2. Pickle It
3. Freeze It
4. Dry It
5. Salt It

How to Store Fresh Asparagus 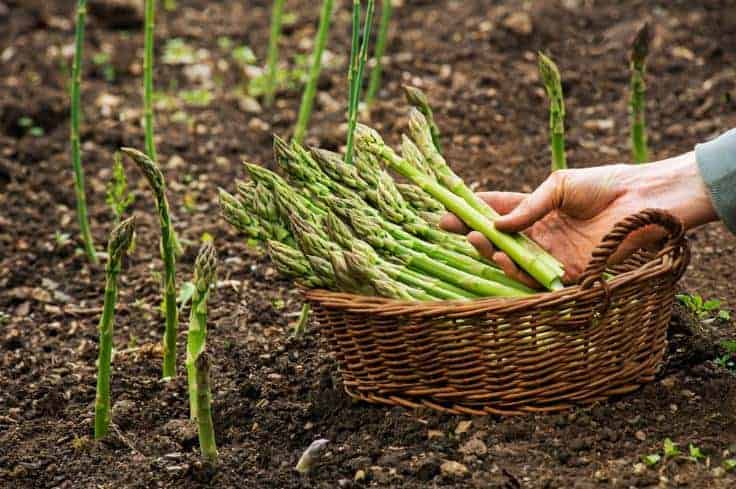 Asparagus belongs to the onion family. They are far off relatives that have traveled to other regions of the world from eastern Mediterranean countries. Historians deem Egypt as its birthplace. According to ancient Greeks, this vegetable contains aphrodisiac and pharmaceutical properties. This might come to you as a surprise but there was a time when most countries during the Middle Ages forgot about asparagus. Although forgotten, it did not die, as the Arabs continued to cultivate it. Caesar, returning from the Orient, reintroduced Europe to asparagus and since then, asparagus has become a favorite sideline of several dishes, particularly fish.

That is not all, during the 16th century, in Europe, royal courts served it to people. A fun fact is that even France’s Louis XIV loved eating asparagus. If you lived during that time, you would not have had the

opportunity to eat it, as growers grew asparagus for the sole purpose of serving it to the nobles. It was not until the 18th century when the locals got a taste of it. Soon, chefs began using asparagus to create a variety of mouthwatering dishes. Now, asparagus has earned itself a place on an average person’s grocery list. If buying asparagus is a must for you, you need to read up on the numerous ways you can

store it at home. 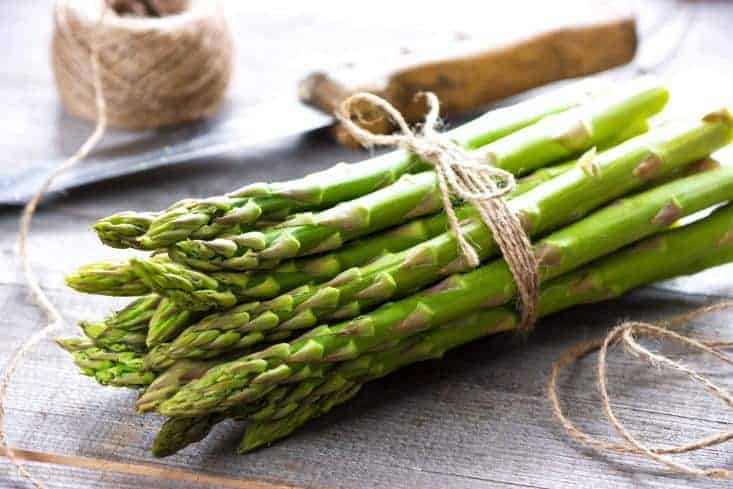 You can use a pressure canner to store asparagus. In one can, you need to place about 3 1/2 pounds of asparagus per quart. If you want, you can add one tablespoon of salt to each can. Add salt to the can before you place asparagus in it. If you want to store cooked asparagus, put a pot filled with water over the stove, let the water boil, add the asparagus, and cook for around 3 minutes. When you are filling the cans with asparagus, keep the water hot.

If you want to store raw asparagus, you need to pack the vegetable tightly into cans or add one-inch pieces, a little under the threaded neck, into cans. Next, add boiling water into the can. Lastly, use a dial gauge pressure canner at eleven pounds or a weighed gauge at ten pounds to process the asparagus. For pints, it is 30 minutes and for quartz, it is 40 minutes. 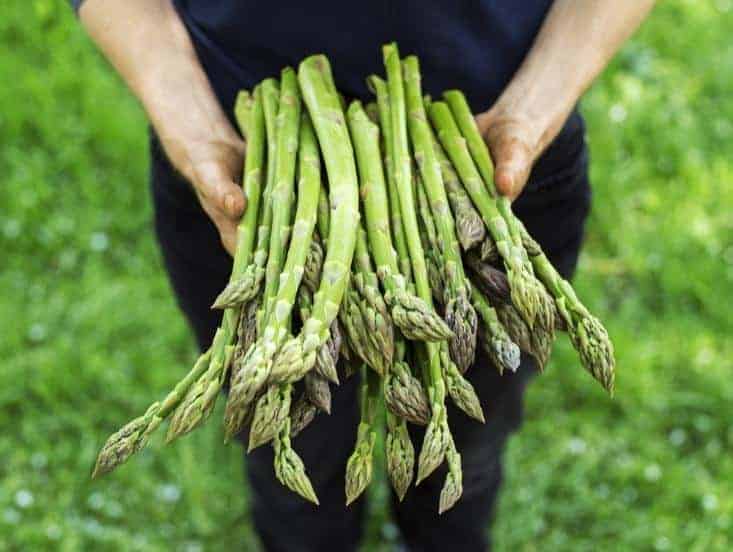 If you want to store pickled asparagus, you need to prepare 1 to 1 1/2 pounds of spears or one-inch pieces of asparagus. You just need enough asparagus to fill a pint, wide-mouth 12-ounce jar. If you want, you can add one garlic clove, about 4 to 5 black peppercorns or 1/4 teaspoon of crushed red pepper to the jar before you add asparagus to it. If you want to create pickling syrup, you need to add 1/2 cup of water to a pot placed on a stove and bring it to a boil. Add 2 1/4 teaspoon of pickling salt, and 1/2 cup of white vinegar. You need to pour the hot pickling liquid over the asparagus.

Cover it, put it aside, and let it cool. You can serve pickled asparagus within one to two hours, but it is ideal to eat them after they have been basking in the pickled liquid, for at least three days. You should eat these within a month. If you want to store pickled asparagus later in the year, after a few months for instance, this pickled asparagus recipe will not work for you.

In addition to this pickled asparagus recipe, you can also try the miso pickled asparagus. You need to soak blanched asparagus in fermented soybean paste or miso. What you are making is a traditional Japanese picket. You need to blanch one pound of asparagus in a pot, placed over the stove. You need to add salt into the boiling water and allow it to boil for one to two minutes until they become tender, but firm from the middle. You need to drain the water and use a paper towel to pat them. Next, put them in either a ceramic o glass dish and cover them with white miso. Place them in the fridge for one month. 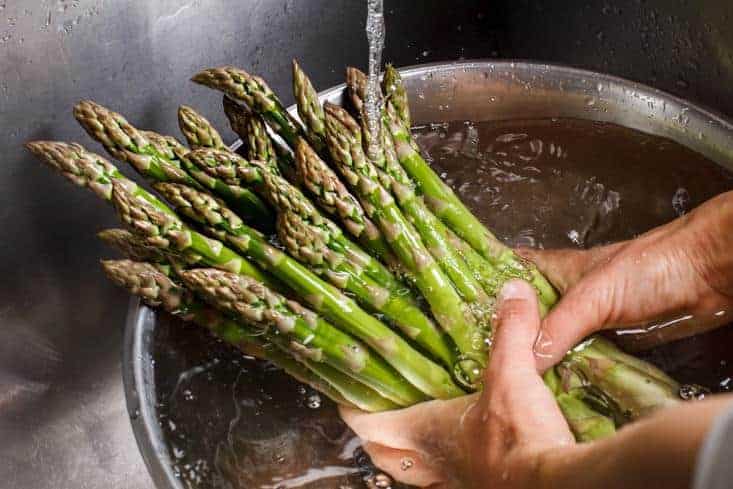 You can also freeze asparagus by blanching them first. The reason you blanch asparagus first before you put them in the freezer is that by doing so, the vegetable does not lose its lovely green color and its texture stays intact. Prior to blanching the vegetable, you need to hold each spear from one side, bending it until it breaks. You can either use the bottom ends as compost or throw them away. Moreover, you can either leave the spears as it is, or chop it into one to two-inch pieces. Coming back to blanching the vegetable, there are two methods you can use to do this — Boiling or Steaming.

Add one cup of water into a large pot, place it on the stove, add one pound of asparagus into the pot,

You need a steaming basket for this. Pour water under the steaming basket and add the vegetables in it, cover it, and steam for three to six minutes depending on how thick the spears are. Next, you need to take out the blanched asparagus and place them in a bowl filled with cold water. You need to leave the vegetable in cold water for three to six minutes before draining the water.

First Method:  You need to put the blanched, chilled, and drained asparagus into containers or freezer bags. Write down the date you blanched and froze them on the container or bag that you are using to store and freeze them.

Second Method:  If you want the asparagus to not stick to each other and remain loose, you need to flash freeze them. Place the blanched vegetables in a single layer on a baking sheet, freeze them for one to two hours, and then place in containers or freezer bags. 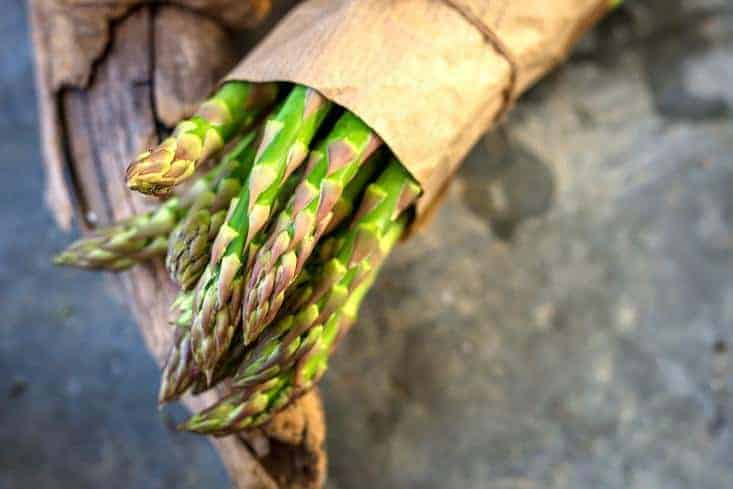 If you have a food dehydrator, you will have no trouble drying asparagus and storing them for later use. The appliance does not cost much and is a good investment for those who prefer this method over others to store their vegetables. If you do not want to use a food dehydrator, you can dry the asparagus in your oven. If you are using the oven method to dry asparagus, you will need to blanch them first. Otherwise, they will lose their flavor and color. As for blanching, you should use the steaming method, not the boiling method.

The reason the steaming method is the preferred choice here is that you do not need to introduce extra water which increases the duration of drying. You need to dry the asparagus until they become leathery and brittle. Once dried, put them aside to cool and then store them in an airtight jar, sealing it with tape. Store the jar in a cool and dry area of your home. Here is how to dry your vegetables in an oven:

If you have small children, you may not want to try this method to dry asparagus. You can use the dried asparagus for up to a year. You should check your dried food after two to three months to ensure it has not spoiled or become rotten. If you want to rehydrate the asparagus, here is what you need to do: 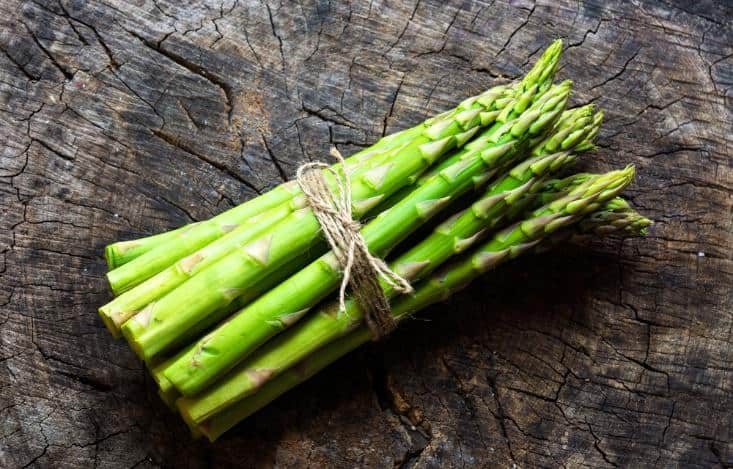 The benefit of using salt to store asparagus is that it helps them retain their nutrition, flavor, and texture. Before you use the salt method, you need to remove the excess salt from the vegetable by soaking it in cold water for two hours at least three to four times. You can soak it for longer than two hours if you want to reduce more salt. You need to change the water several times in between. Here is the method to salt asparagus:

Use one of these methods to store fresh asparagus.

Return to all food storage ideas