Plywood is commonly used for construction and plays an important role in building materials. This article discusses how is plywood made and its impact on the environment. 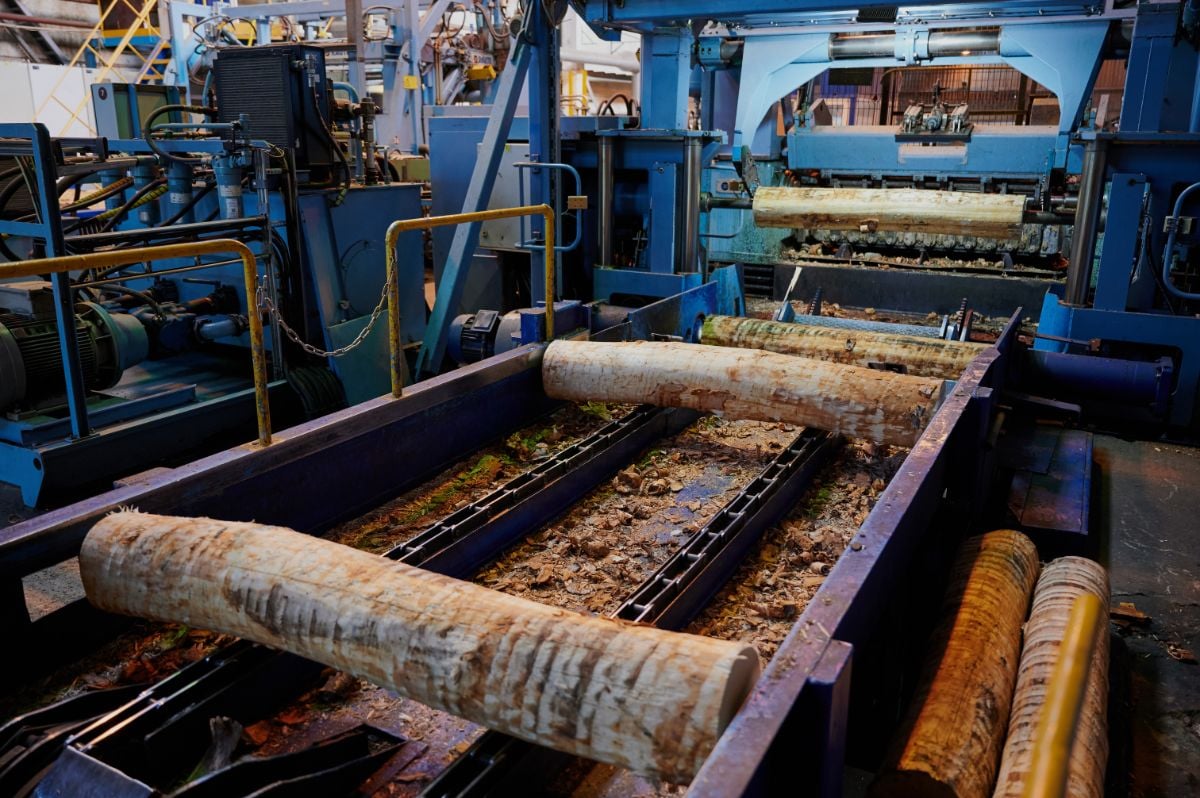 According to the Environmental Protection Agency, plywood is made by joining wood veneers(whether hardwood or softwood) from various tree species with an adhesive. It’s a nine-step process that includes: heating, peeling, drying, gluing, pressing, and more. A core wood is chosen and the veneer is pressed into that material.

Glued together wood veneers (also known as plies) are the basis of plywood, a common building material. Plywood comes in two varieties: softwood, which is made from pine, and hardwood. 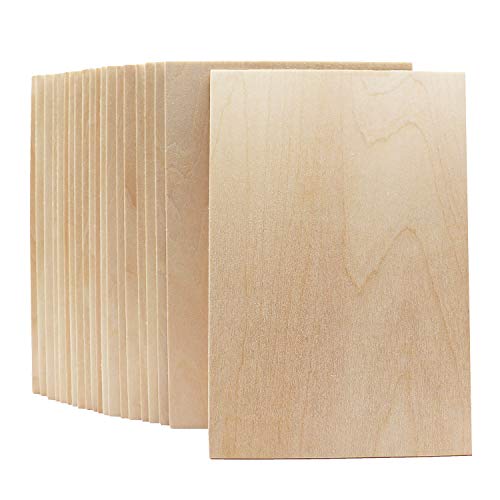 When it comes to plywood, we’ll go into more detail about the two varieties of plywood that we’ve talked about thus far.

How is Softwood Plywood Made? 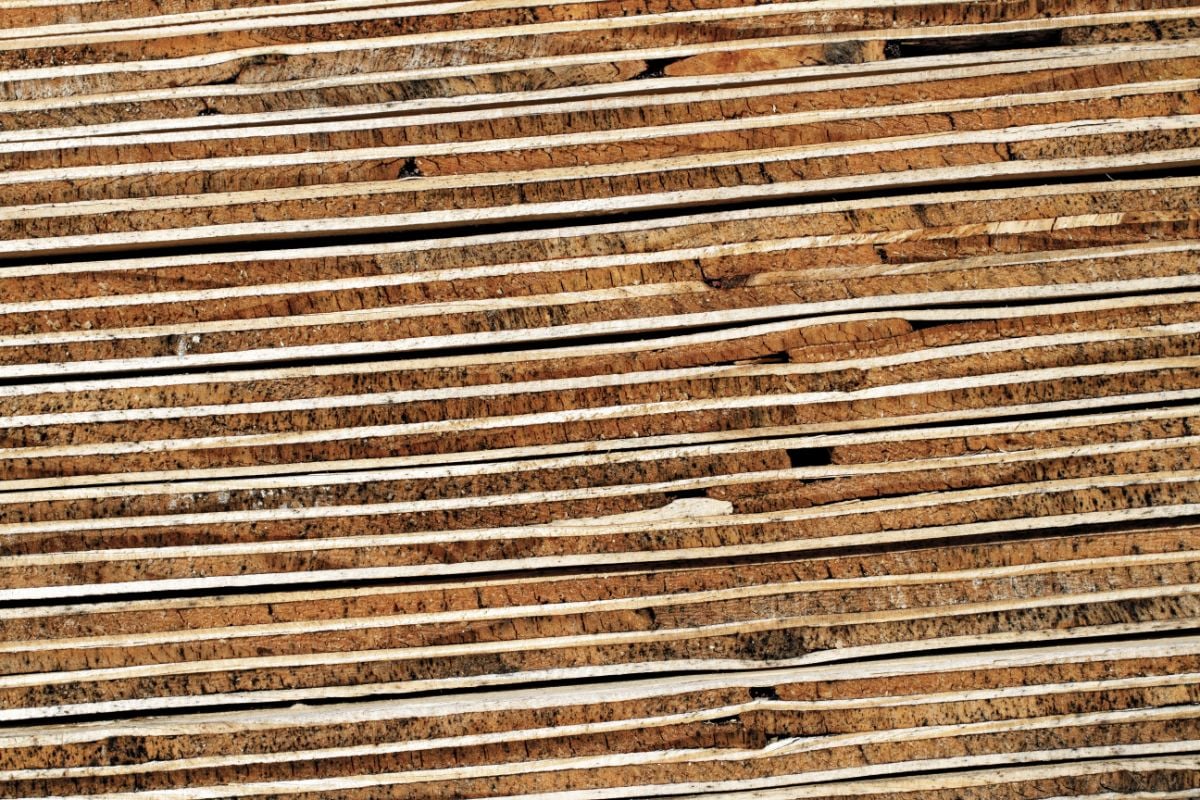 How is Hardwood Plywood Made?

Glued hardwood veneers make up the core of hardwood plywood. The core is commonly made of wood, veneer, particleboard, or medium-density fiberboard, which is surrounded by the exterior layers (face and back).

Panels and plywood components can be made from hardwood plywood that has been pressed (e.g., chair arms, seat backs,

Doors, retail fixtures, flooring, paneling, furniture, architectural millwork, and cabinets, all make use of hardwood plywood in the interior.

How to Make Plywood: Step-by-Step

Logs are fed into one of a variety of debarking machines to begin the process of debarking. To remove the tree’s outer bark while causing minimal damage to the wood, this procedure is done. 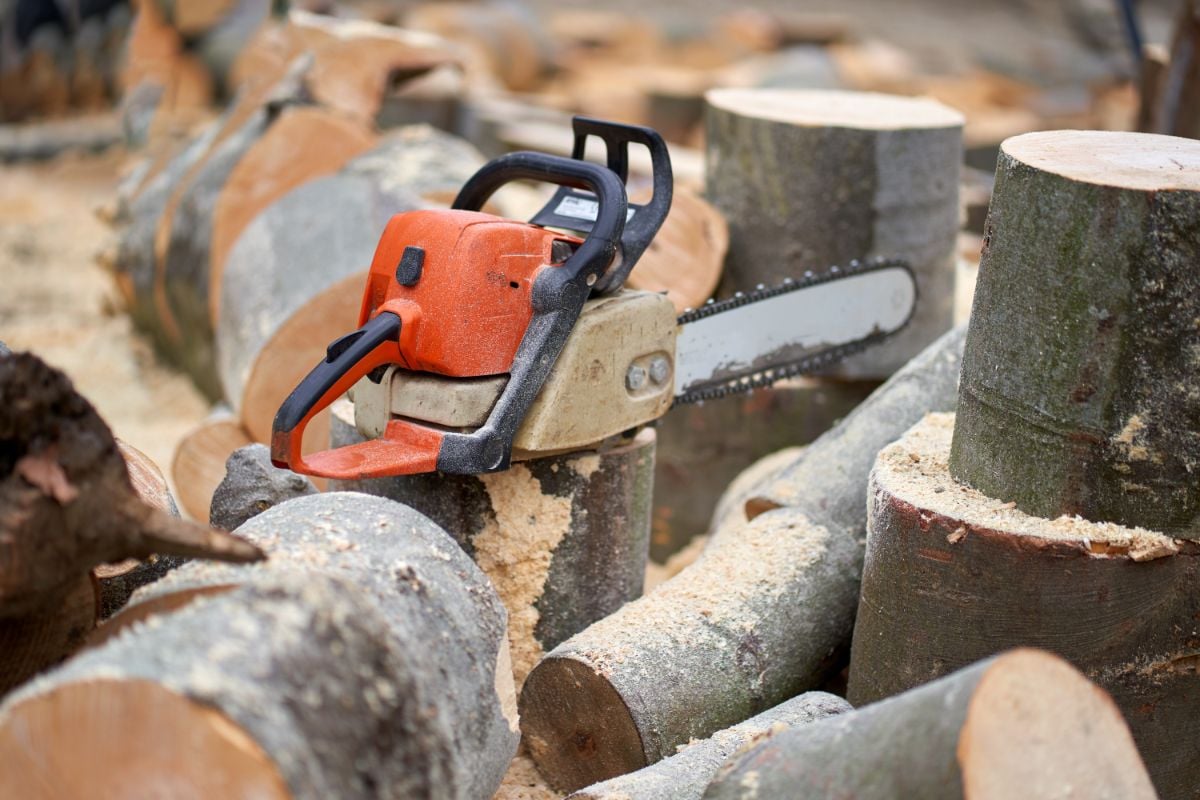 Bucking is the process of reducing the length of the logs after they have been stripped of their bark. Logs can be seen on the ground (now called blocks)

Veneer lathes and slicers are then heated to increase the cutting process of the blocks, leading to a product with a better surface finish from the lathe or slicer.

Hot water spray, steam heat, hot baths, or a mix of the three are used to raise the temperature of the blocks to roughly 93°C (200°F). 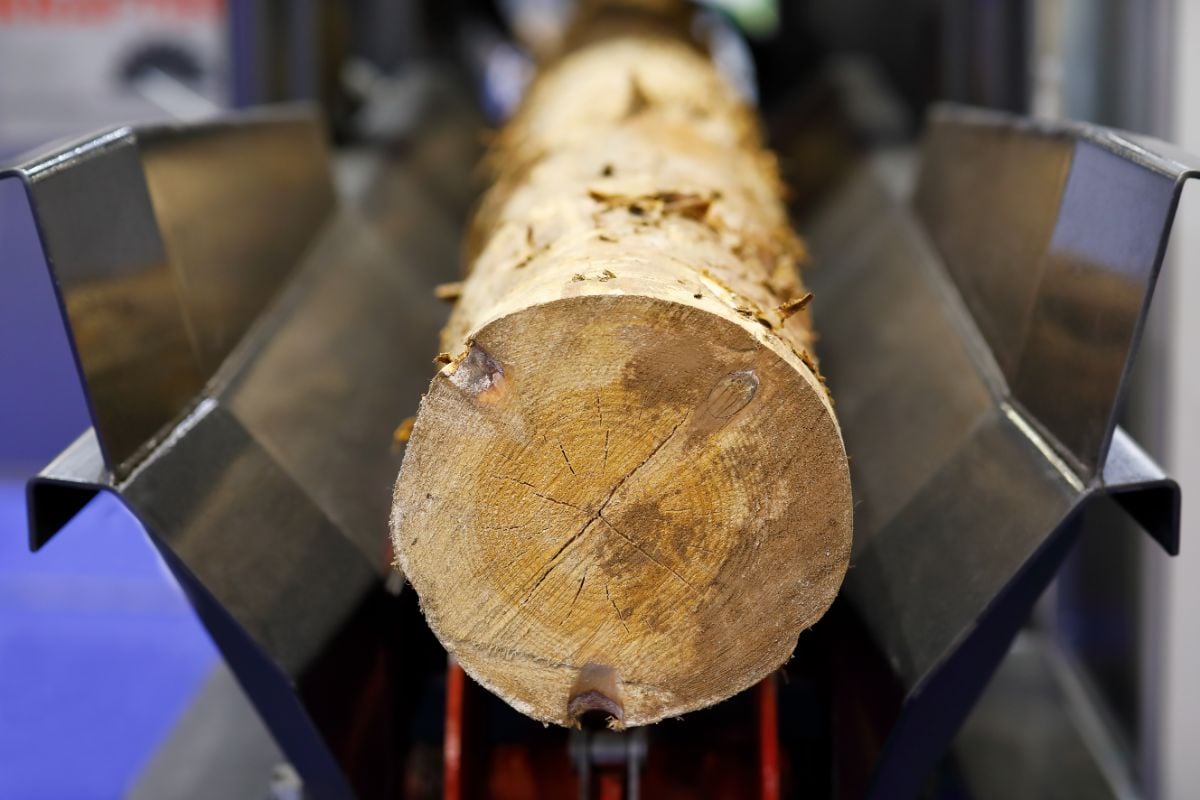 The logs are heated and then treated to make the veneer. A veneer lathe is utilized for most applications, while a veneer slicer is employed for some decorative, high-quality veneer. It is similar to the way a veneer lathe and a slicer work; the wood is crushed with a nose bar but a veneer blade slices blocks into 3 mm thick veneers.

These slimmer veneers of ornamental hardwood are common. To account for contraction and trimming, the veneer parts are cut to a useful width of 1.37 m (54 in.).

In successive gluing procedures, the target moisture content varies depending on the type of resin being utilized. When it comes to drying, you should expect temperatures of between 150 and 200 degrees Celsius. When drying veneers, you can use a longitudinal dryer or a jet dryer, according to your needs.

Using jet dryers, hot, high-velocity air is directed at the veneers’ surface to stir up the airflow. Increased turbulence allows dryers to use their energy more efficiently, resulting in shorter drying times.

Both direct-fired and indirect-heated veneer dryers are available on the market. Hot gasses from an on-site furnace are mixed with returning air emissions from the dryer’s indirect-fired dryers to reduce the gas temperature. Hot air circulates over steam coils and then dries the veneer in indirect heated dryers. 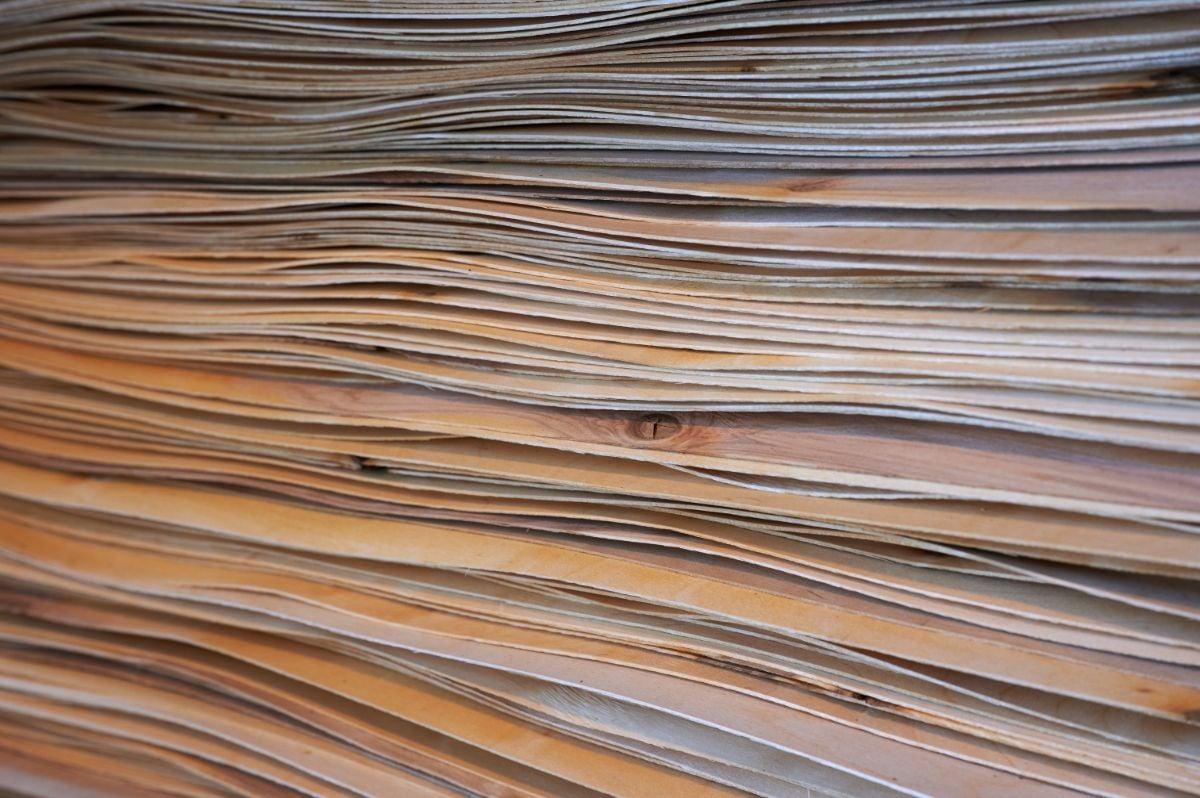 It is common for veneer dryers to feature one to three hot zones trailed by a cooling portion. An exhaust duct or stack and a hot air supply are found in each heated area.

When the veneer comes out of the dryer, the chilling section pumps air over it to cool it down. Before they get the plywood press, the veneers need to be chilled to stop the glue from hardening on them through the layup and distributing stages.

Drying Veneer in Veneer Kilns, which looks like Lumber Kilns, is also an option. Stacks of veneers get dried in a kiln with the use of stickers (thin strips of wood).

As the veneer emerges from the drier, its moisture content is compared to a preset target value. There are machines designed specifically to re-drill and re-dry veneer that fails to attain the desired moisture level.

Radiofrequency (RF) heated veneer re-dryers are normally built to manage only a portion of the output that full-scale veneer dryers can do. It is also possible to re-dry veneer using conventional veneer dryers.

Conventional veneer dryers are used for redrying veneer at a higher pace than typical (i.e., the re-dried veneer goes through the dryer much faster than the green veneer does). 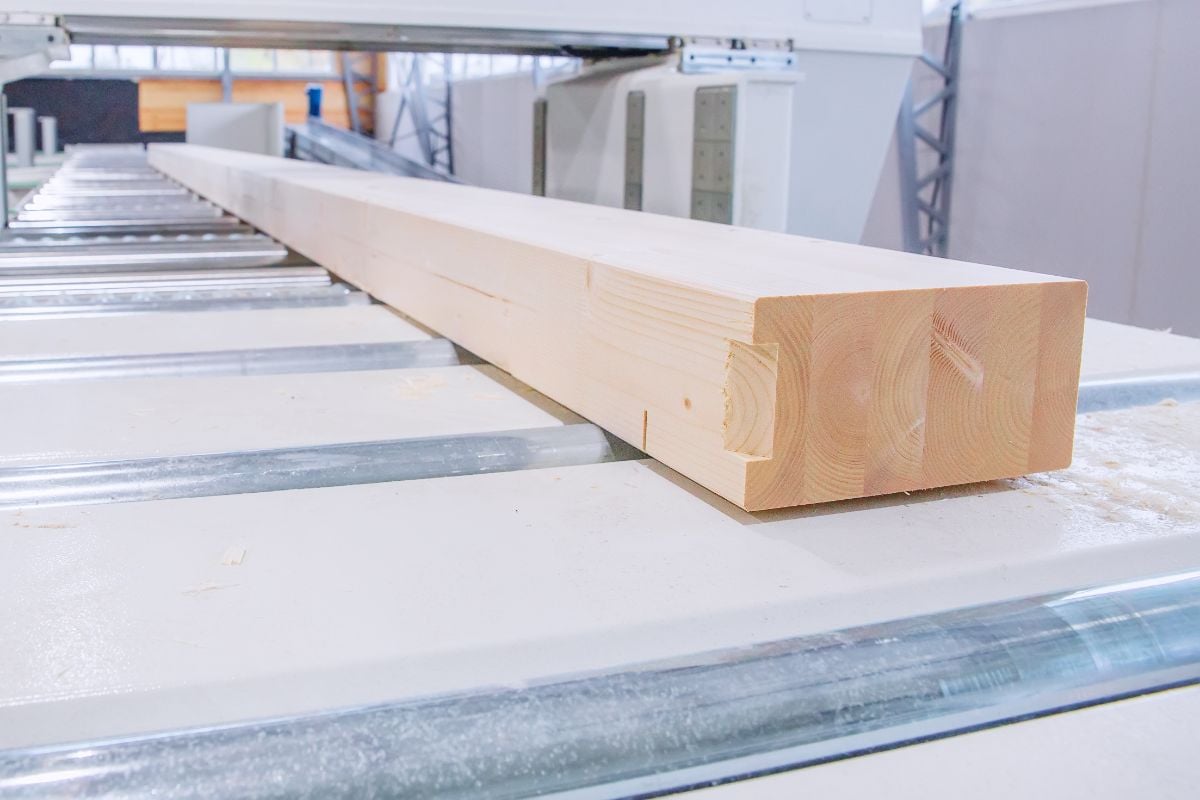 Veneers are occasionally bonded together at the edges after drying to make larger layers of veneer. Composing is the term used to describe this procedure. Before they can be utilized on plywood boards or other items that require wider veneer sheets, thin veneer pieces must be constructed.

The veneers are then sent to a layup process, where a thermosetting adhesive is sprayed onto the surface of the veneers. Resins can be divided into two categories: thermoset and thermoplastic.

Applying the resins is done by using glue spreaders, curtains, or sprays. The resin is applied to the sheet of veneer using spreaders, which have a succession of rubber-covered perforated application rolls. A ply of veneer is completely covered with resin before being sandwiched between two-ply veneers that have not been coated.

The plywood panels must be assembled in a manner that avoids excessive warping. A five-ply panel, for example, would be arranged in this way. The assembly table has a back with the grain running perpendicular to the panel’s long axis.

The resin is dispersed on both sides of the fourth veneer, which has a grain that is perpendicular to the grain of the preceding veneer (i.e., parallel to the panel’s short axis). When it comes time to put the final veneer on the plywood panel, the grain is aligned with the long axis, like the back veneer.

In a hot press, the veneered assembly is heated and pressed together until it becomes a single piece.

The glue is pressed into a thin coating over each veneer sheet, and the thermosetting resins are activated by hot pressing. There is a wide range of typical press temperatures for both softwood and hardwood plywood, with the latter often being 132° to 165°C (270 to 330°F).

Typical press periods are between 2 and 7 minutes. The type of wood, resin, and press design all influence the amount of time and temperature required.

After that, the plywood goes through a finishing process that involves trimming the edges and sanding the front and rear surfaces. The intended end product dictates the sort of finishing to be used.

Plywood Manufacturing’s Impact on the Environment

The veneer dryer, which produces a substantial amount of organic compounds, is the primary source of emissions. Dryers, wood species, and techniques of operation all influence the amount and kind of organic chemicals emitted.

There are normally two different stacks for exhausting the dryer’s hot zones and its cooling portions. An additional source of emission is from the dryer’s end and door, as well as from the warmed zones and cooling heaps.

Stopping Pollution During the Manufacturing of Plywood 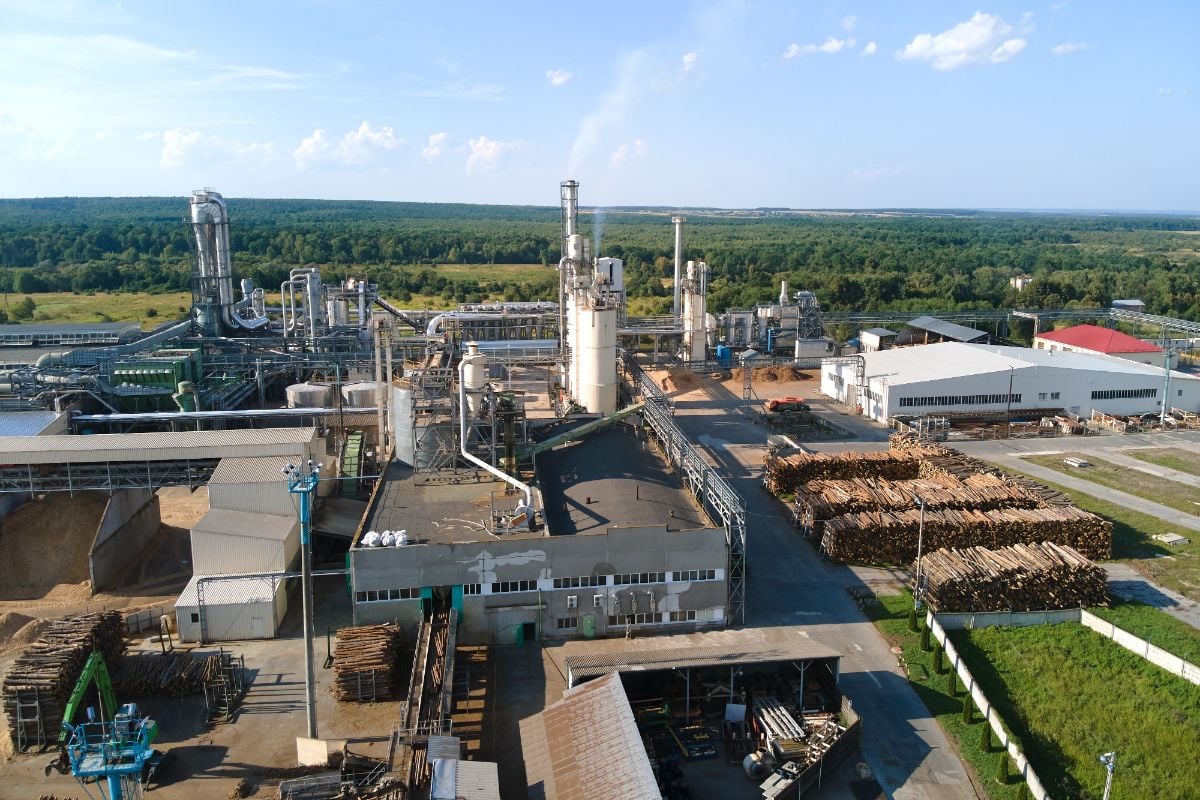 Using ecologically friendly components (such as wood and glues) and recycling plywood appropriately could help manufacturers and consumers make and use plywood responsibly. Carbon capture in timber trees makes wood an environmentally friendly resource. It is less harmful to the environment to utilize natural-based adhesives that contain fewer toxic chemicals.