Aluminum can be made by melting different alloys together, although it is also a known element of the Earth, comprising 8.1 percent of the Earth’s crust, and appearing on the periodic table as element number 13 with the symbol Al. As a raw metal, aluminum is silver and white with a very high melting point of 660 degrees Celsius or 1220 degrees Fahrenheit.

There are many different stories about when it was discovered or invented, but as an Earth’s metal, it has been used by humans for centuries. Its discovery as a metal that can be used in industry began in the 1800s. By 1865 it would make it to the periodic table, and just a few years later, a man by the name of Nobel would begin using it for his work. Learn more about aluminum and its journey through history here.

Related To: What Screws to Use for Aluminum | Types of Aluminum | Aluminum vs. Vinyl Siding for You Home | Vinyl vs. Wood vs. Fiberglass vs. Aluminum Windows | How Many Aluminum Cans Make a Pound | Can You Weld Aluminum | Difference Between Vinyl and Aluminum Gutters

Table of Contents Show
The history of the discovery of aluminum shows a few different innovators
The periodic table redefined the way we look at elements and metals like aluminum
Was aluminum a working metal after the periodic table was formed?
Who was the first to bring aluminum into everyday use?
What is aluminum used for today? 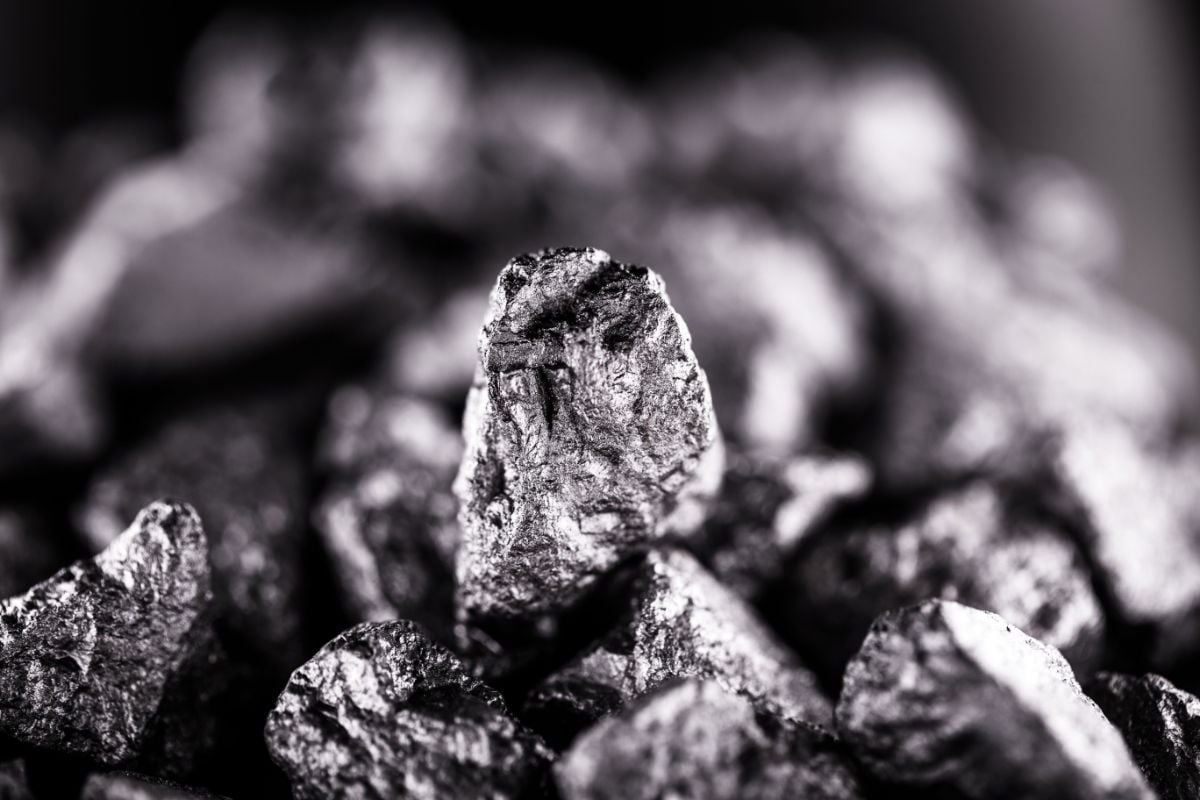 There is a famous story about the discovery of aluminum that attributes a man by the name of Charles Martin Hall as the innovator of the metal. He was definitely an innovator, but he is not the first person to discover it. He was however the first to patent the extraction process, one that would launch his company named Alcoa. Hall died a rich man, which then would be described as a multi-millionaire.

He, with a man by the name of Paul Heroult, would create the Hall-Heroult process that would become one of the first ways to develop aluminum. They would be involved in aluminum research for over 50 years until 1903.

Prior to that, aluminum was widely used around the world it just did not have the electrochemical distinction that it did at the start of the twentieth century. In fact, aluminum was more valuable than gold at one point in the world’s history. Napolean III was known to use aluminum cutlery, and at the time, it was considered to be a luxury that not many people had. Women would have their gems fashioned into aluminum, and it was considered as beautiful and lavish as platinum is today.

Today we find it in everything from a coca cola can to a large steamship vessel. It is a common and widely used metal found in something in almost every building or room even in developed countries. Its history goes back some time though. 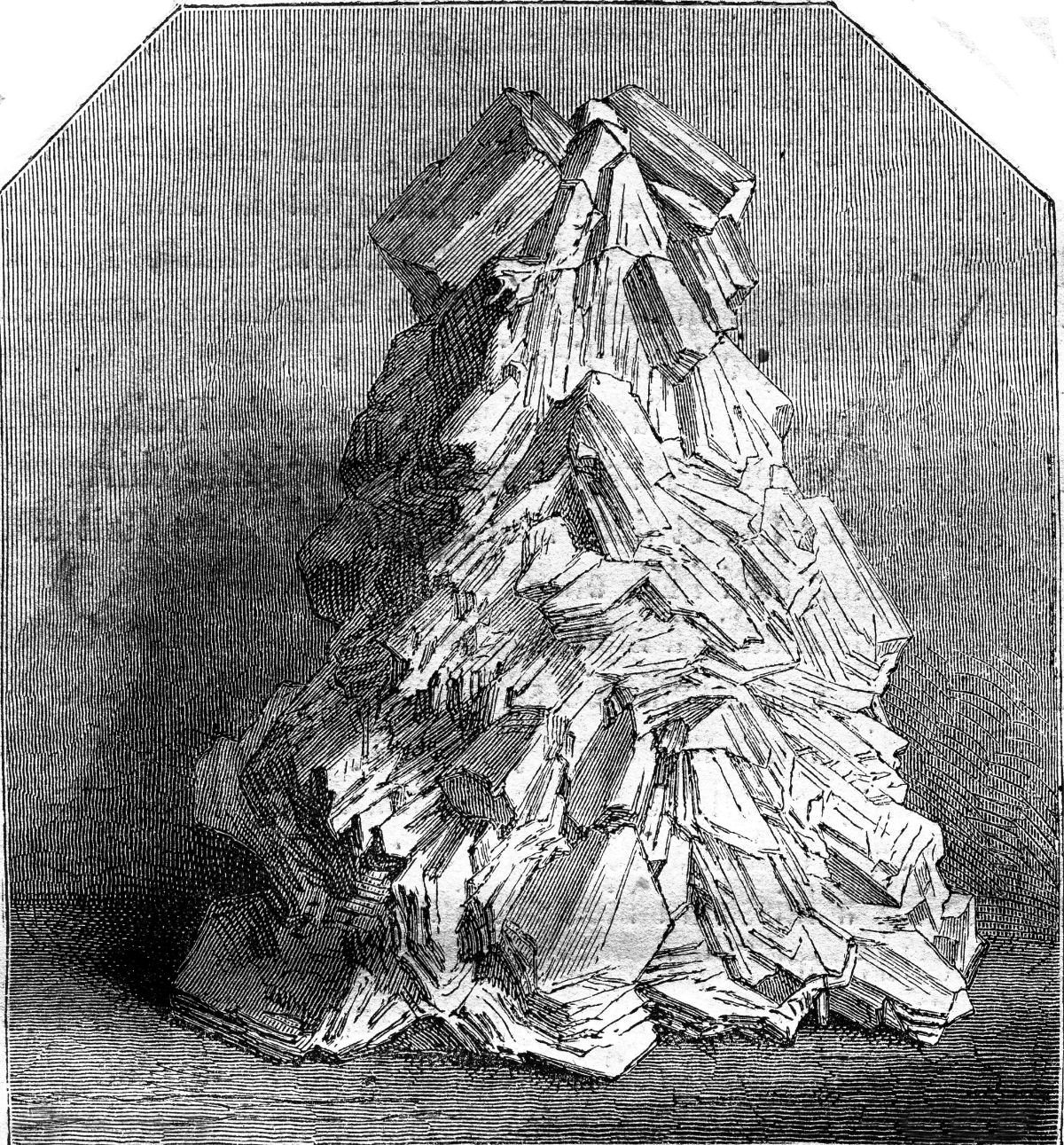 Many would say that the ancient Egyptians were among the first to use aluminum as a compound, and found it in aluminum potassium sulfate thousands of years ago. It wasn’t labeled organically and chemically then, but today we would call aluminum potassium sulfate KAlSO4(2). The Egyptians would use it to make dyes, or clays, and would also use it in pottery. The Greeks used anhydrous aluminum sulfate or (Al2(SO4)3) as a wound treatment, a treatment that is still used today with styptic pencils.

By the 1800s, the process of electrolysis began being considered as a key process in the development of aluminum. Broken down, the term electrolysis means electro, for energy, and lysis, to break something down. Power, such as that through a battery, was needed to use water to push currents through the water to break down the components of the product inside the water.

Many scientists would try to use electrolysis in order to isolate their own metals. It was often hit and miss, as is the case with many scientific endeavors, then and now. One chemist by the name of Davy was attempting to isolate aluminum in 1807, and it was then first called aluminum. Still, Davy was not successful in isolating the metal.

It would be 1825 when Hans Christian Orsted went about the task of isolating elemental aluminum. He did that by heating aluminum chloride with potassium and then distilling the mercury away from the substance. The caveat with this method was that it would not yield very much aluminum to call a metal. Still, Orsted came closer than anyone had before, and is still attributed today as the leader in the development of aluminum.

By 1827, FriedrichWohler, the founder of organic chemistry, would begin his own experiments to try and yield larger amounts of aluminum. He would perform experiments until 1845 when he was able to create a grey powder that had tiny aluminum globules and a major breakthrough in the field of aluminum science was born.

Next on the list for Earth’s most popular metal was making it to the periodic table. 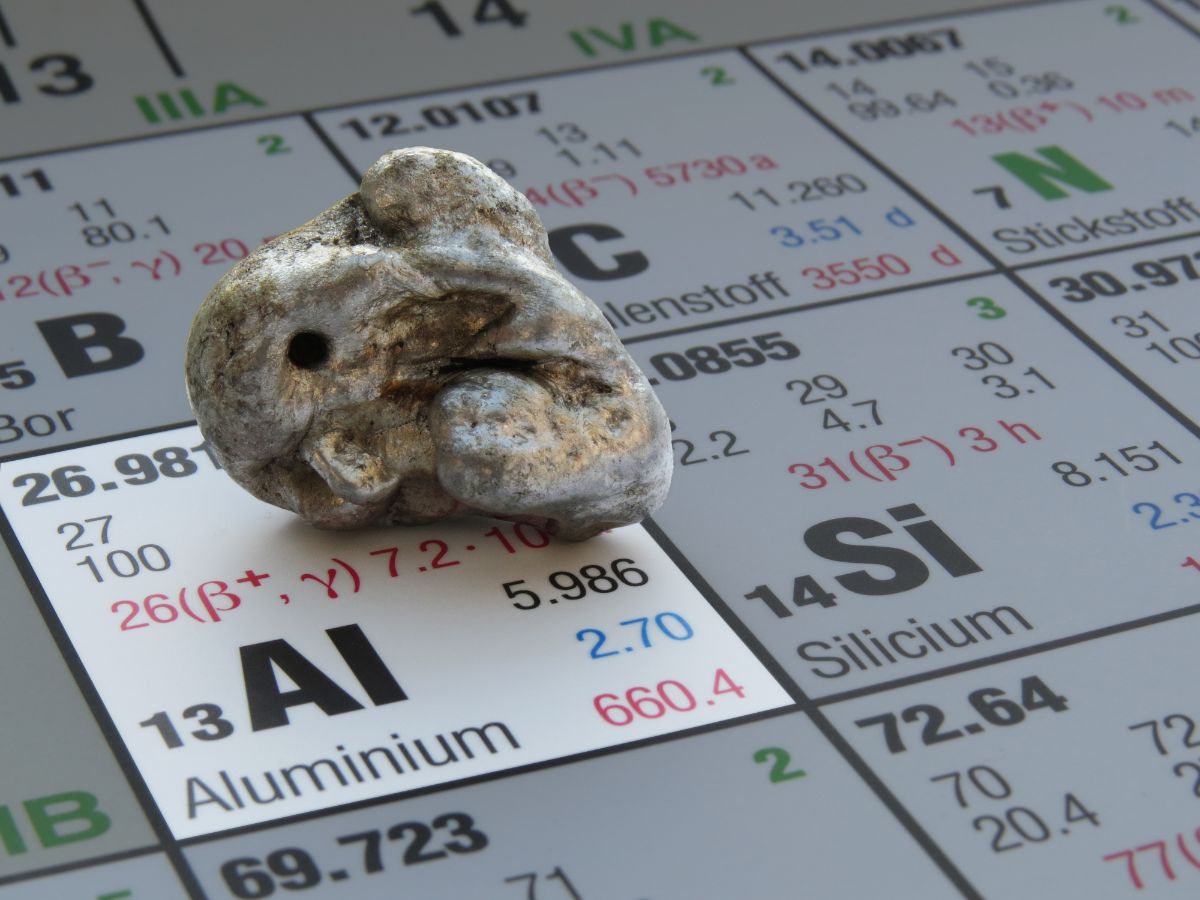 When we look at the early history of any product of the earth, such as an element or a metal, we see what appears to be a lot of confusion. That is because science was in an era of discovery during a very short period of time, 100 years or so.

When some of the greatest innovators of the history of the world were attempting to change the way we all would function, they did not have the technology we do today to make great discoveries in short periods of time. So the history of aluminum, and many other metals and elements, had a long history of exploration and discovery before becoming organized into what we now call the periodic table.

For decades, scientists would search for ways to organize metals and elements in a way that the world of science would understand. Science organizes things by commonalities and properties. A key reason metals and elements could not be organized early in the 1800s was due to the fact that it was very difficult and time consuming to discover those commonalities. Aluminum was a luxury and very popular, but isolating it took decades.

In 1789, Antoine Lavoisier was the first to determine that we would need a way of looking at the elements in an organized fashion. He began to organize things according to their properties of gases, metals, elements, and earths. It wasn’t the periodic table yet, but it was an idea in the making, as all great scientific discoveries are.

John Newlands would be the next to organize metals and elements into a more cohesive way, so that future scientists wouldn’t have to rely on predicting elements based on groups of threes. He thought that by organizing the metals and elements that had already been discovered, by their atomic masses, they would make more sense.

True ah-hah moments and the miracles that form scientific discoveries began to emerge when Newlands saw that by organizing by atomic weight would result in groups of eight elements. Every group of eight had similar properties. Newlands wasn’t thinking of what hadn’t been discovered yet. He was only working with what had been. 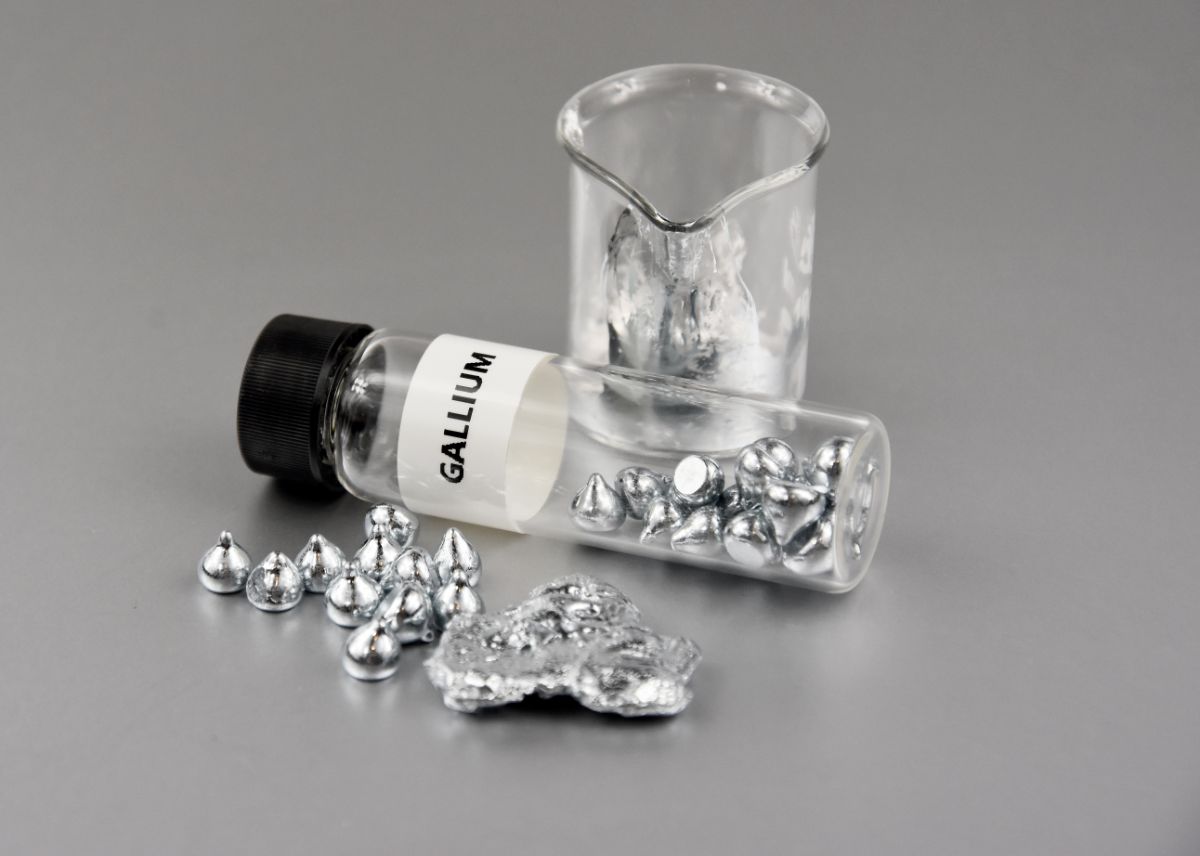 By 1869, a chemist by the name of Dmitri Mendeleev would build on this work to develop what we now call today the periodic table. He would understand that this was a work in progress, and that gaps were necessary for those that had remained undiscovered. For example, with aluminum, a metal of similar properties was called eka-aluminum. Today we call that gallium.

The periodic table would continue to be a work in progress, but would define how scientists would forever refer to metals and elements and their properties.

Was aluminum a working metal after the periodic table was formed? 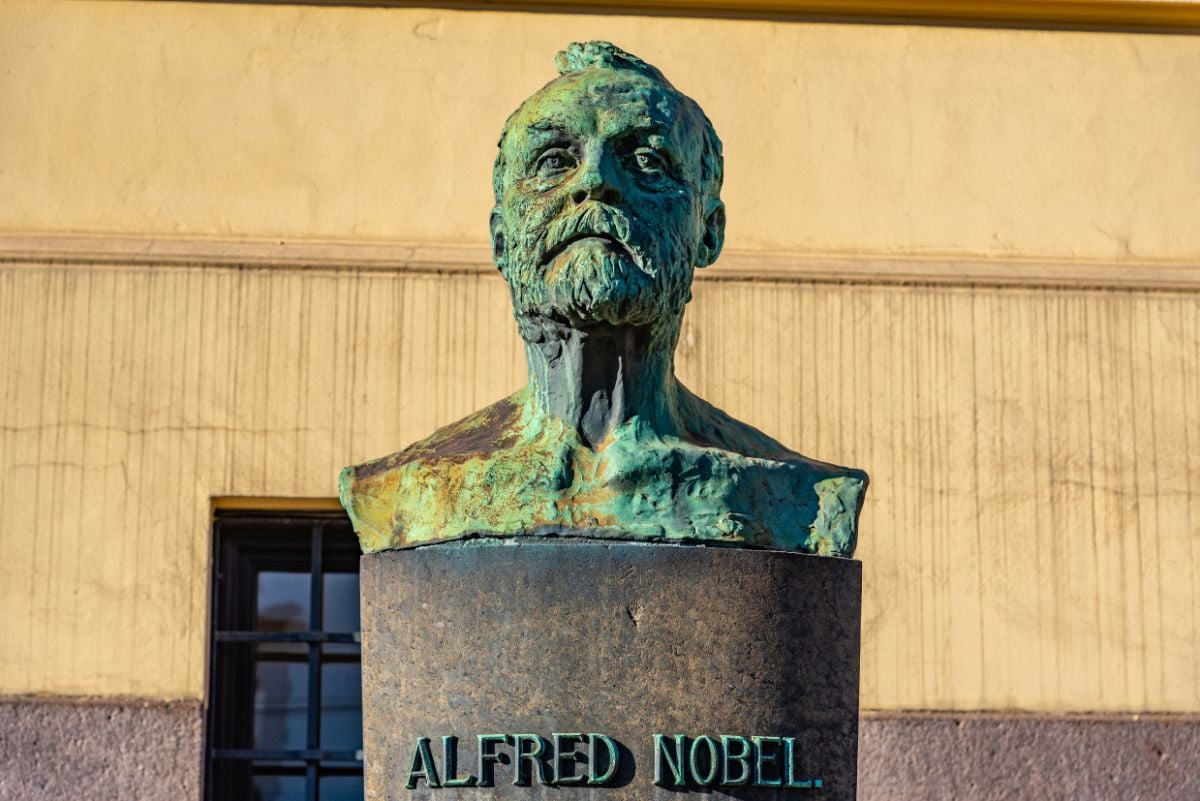 Yes, and no. At the time, aluminum was considered a luxury and used in homes and in jewellery by greats such as Napolean III. However, the extraction process had not yet been refined. It would not be until 1886 when the scientists Charles Hall and Paul Heroult would begin to really work with the metal. They developed what is considered the Hall and Heroult process where they reduced aluminum oxide in a chemical called cryolite.

This process was extensive and needed power. In the 1800s, you couldn’t just plug a generator into an outlet in the lab to get things done. Paul Heroult would use the power of the Rhenish Falls in Switzerland to fuel aluminum smelters for operation. Using water for power is a process we are reverting back to today for energy efficiency. This process developed by Hall and Heroult enabled the production of aluminum in mass quantities at fairly quick rates.

Who was the first to bring aluminum into everyday use?

Industry began to notice what Hall and Heroult had accomplished and began using aluminum for everyday use. Among the first scientists to do so was a man by the name of Alfred Nobel, who put aluminum in his passenger boats in Switzerland. He would later become a founder of an awards system for the greatest discoveries in the world, a system that is still used today.

What is aluminum used for today? 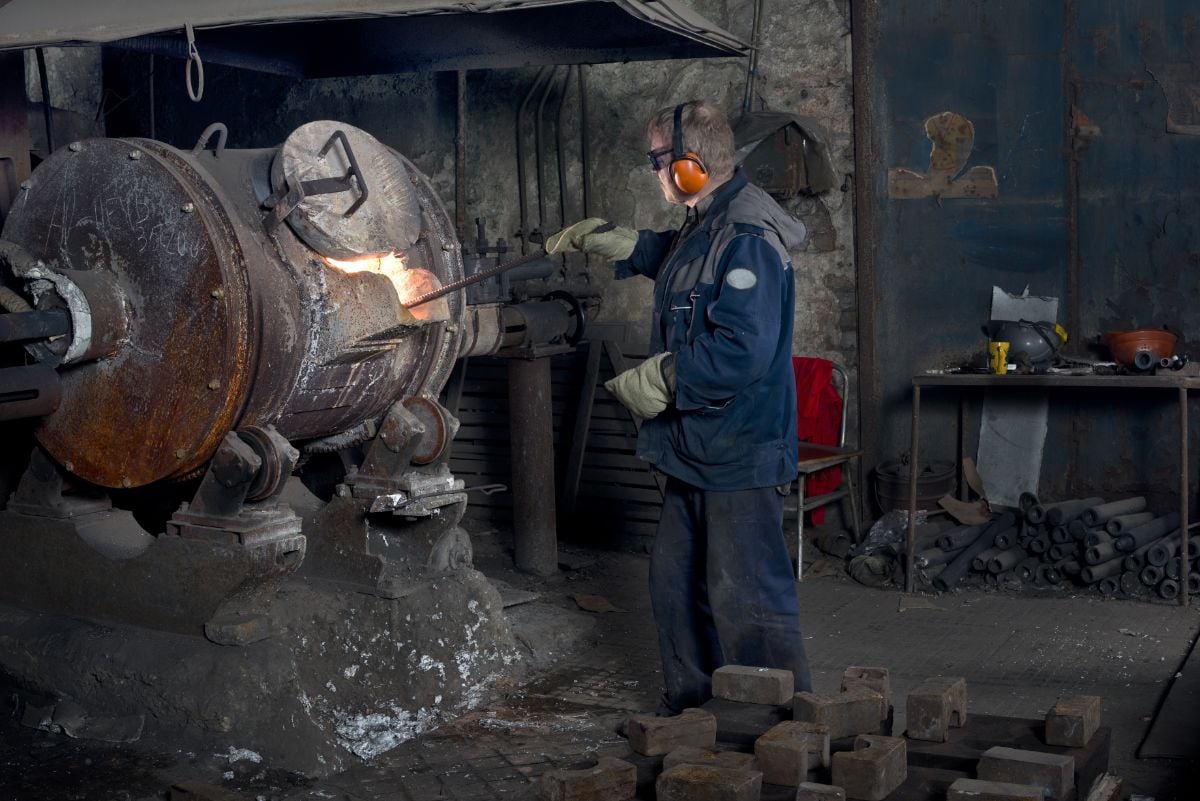 Aluminum is used in industry all over the world. With the help of scientists like Hall and Heroult, there are aluminum melting factories in every country. These factories build parts for vehicles, boats, and everyday items.