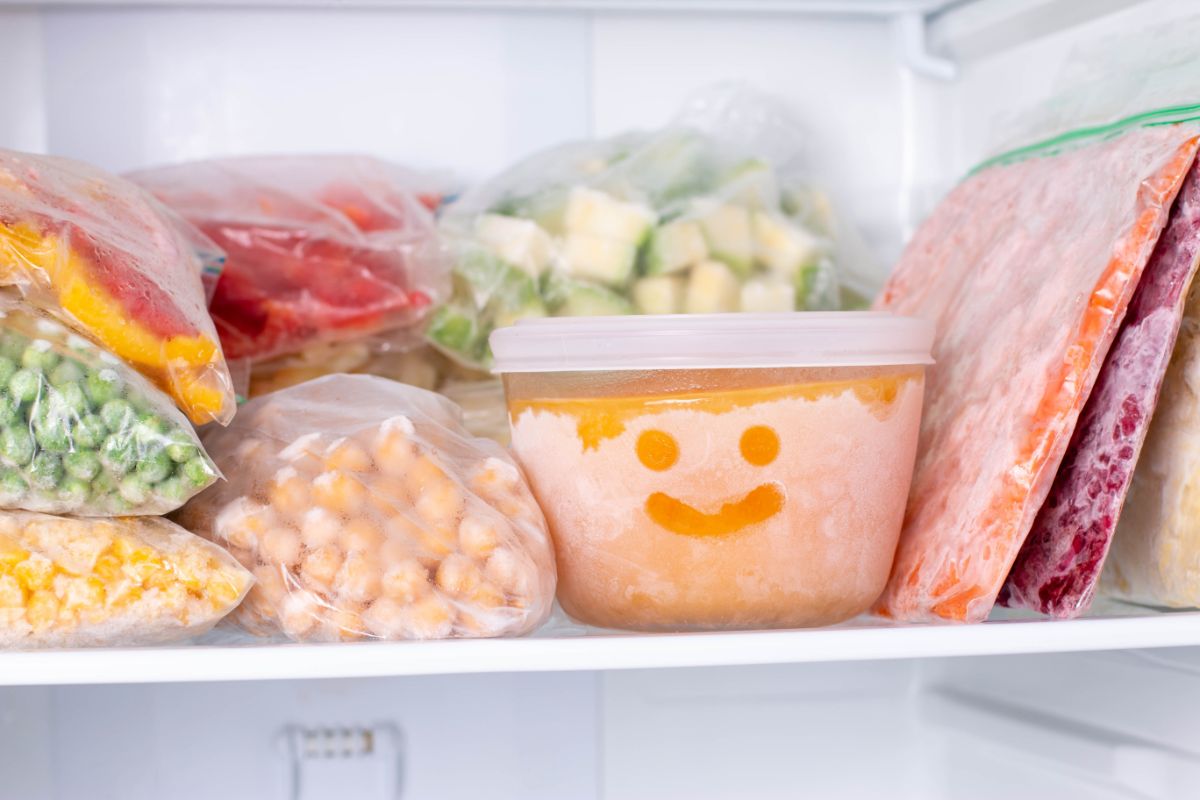 Essentially, freezers are little more than heat pumps that need to work in very small spaces. They work by removing warm air from inside the freezer, then forcing this air over a cooled coil to absorb the heat.  The cold air that is left is then pumped back into the freezer.

Freezers are one of the most common appliances in the United States. The technology to run them has been around for over 100 years, yet few people really understand the basic principles behind how their home freezer works.

While human being have been storing ice and using underground cellars to preserve food for centuries, the first freezer as we would think of it today was patented in the 1840s, These devices were not particularly reliable, however, until the advent of steady, continuous power from electricity was introduced and became commonplace in the late 1800s.

Even if you have no intention of ever trying to build or repair a freezer on your own, knowing how your freezer works can save a lot of time and money when this appliance breaks. 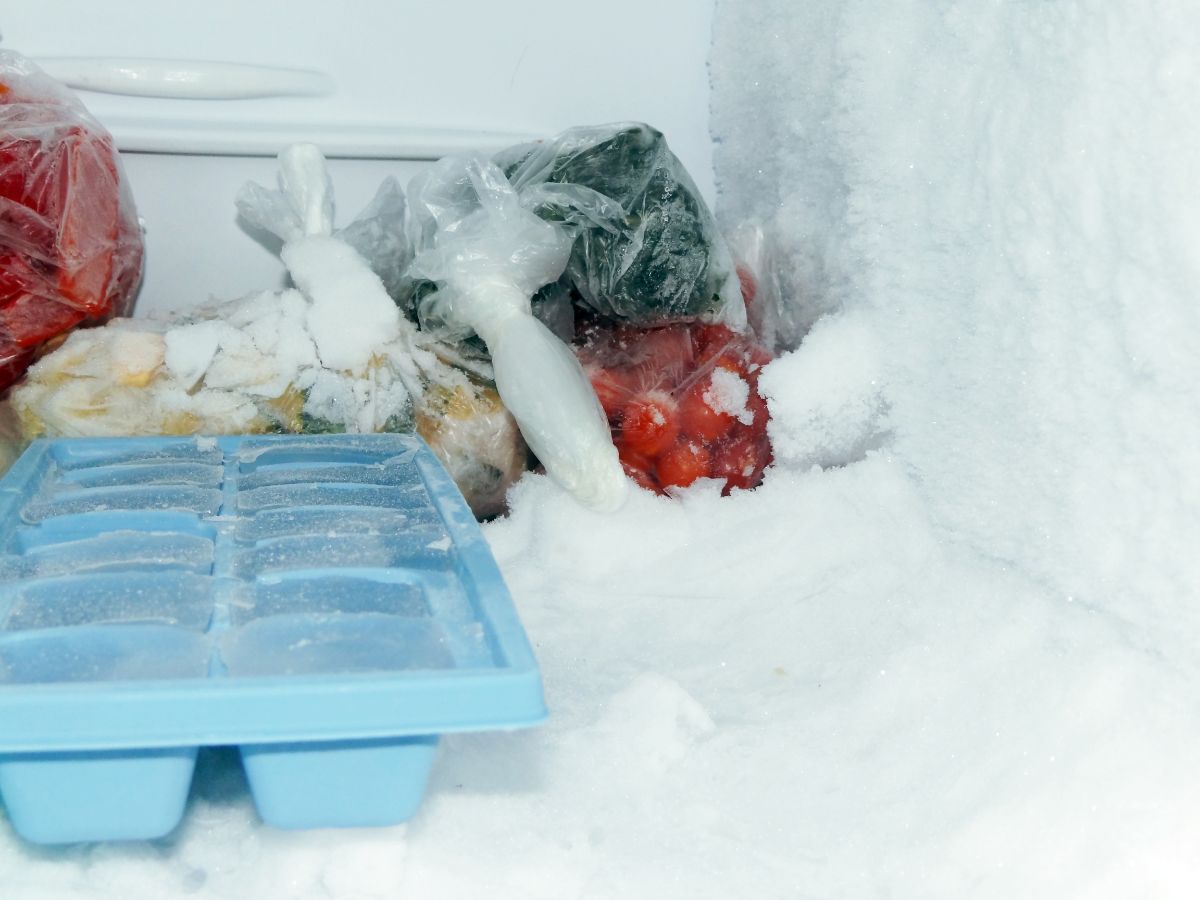 Essentially, freezers are little more than heat pumps that need to work in very small spaces. They work by removing warm air from inside the freezer, then forcing this air over a cooled coil to absorb the heat. The cold air that is left is then pumped back into the freezer.

Freezers work by applying a few basic laws of physics. They’re essentially a combination of thermodynamic principles and Bernoulii’s Principle.

One of the most important laws of thermodynamics (the study of how heat moves)is that heat will always move from an area of more heat to less heat. This means that while many people perceive a freezer as making the air inside of it colder, in fact, the freezer is actually removing the heat from the air inside the freezer and expelling it outside the freezer. 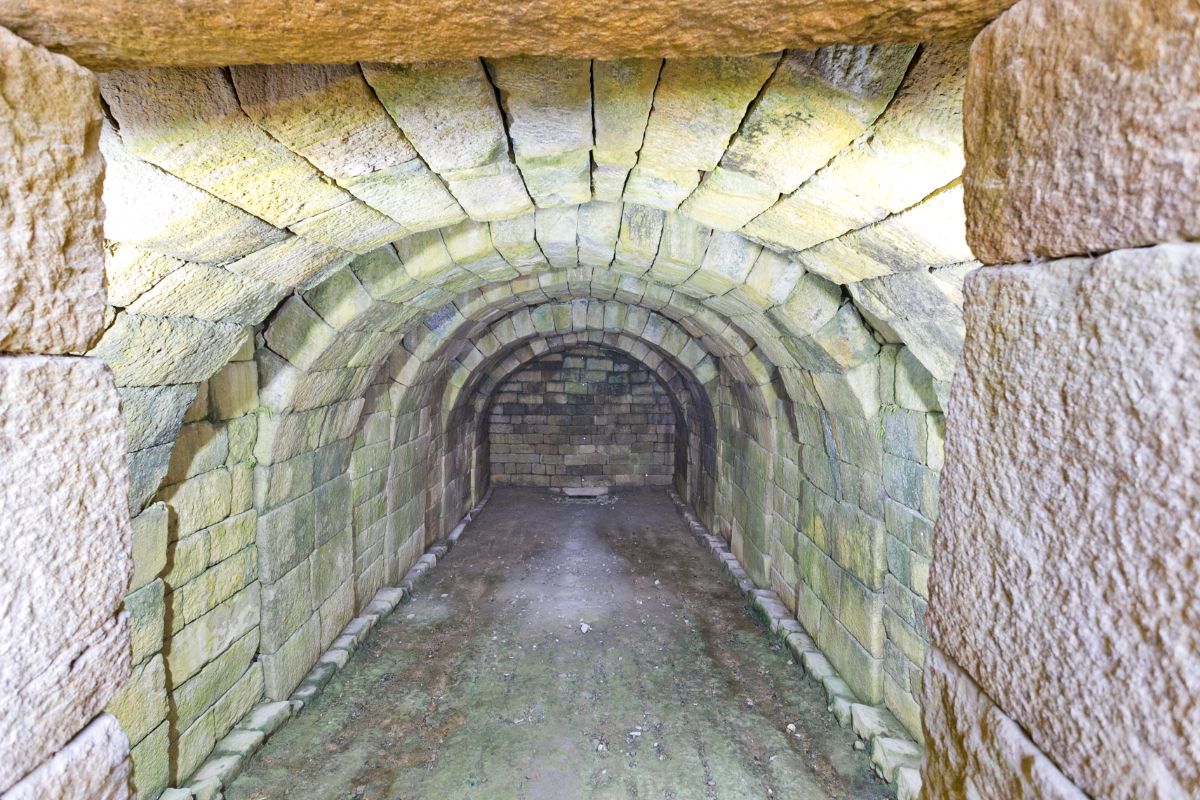 This is why for thousands of years the only freezers that were available were based on storing ice. Massive blocks of ice were cut from lakes during the winter months, then stored in underground shelters and ice-barns. By burying the ice under layers of thick straw, it was possible to preserve the ice for several months in some climates. When needed, a piece of the ice was removed and placed inside an insulated box.

These freezers worked by transferring the heat from the box into the block of ice. As this happened, the ice would melt, but the interior of the box would “get cold”.

The biggest problem with this system is that it depends on the availability of ice. That made it inadequate for larger spaces or particularly hot climates. The cost of ice was also particularly high, making this method of refrigeration only available to the wealthy. Being able to find a way to keep a space cold was a technology that was being heavily researched by the middle of the Industrial Revolution. 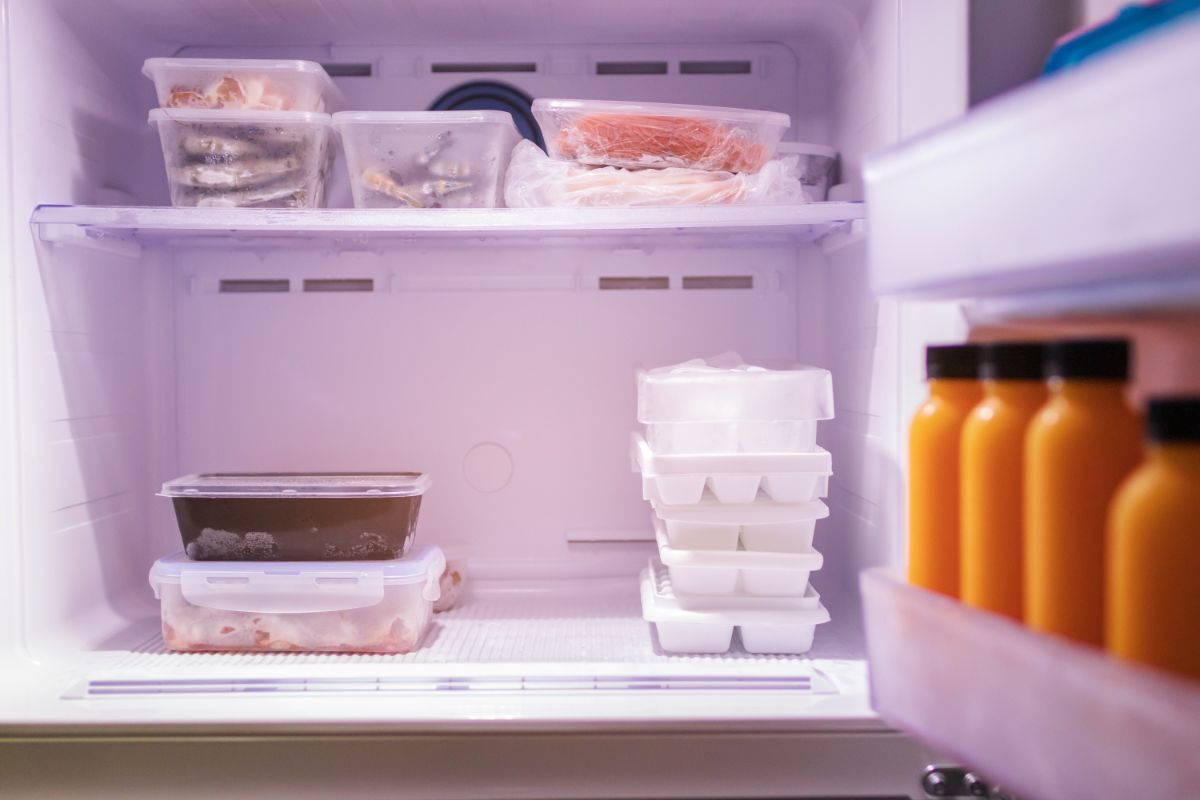 The problem of a colder source to draw away heat was solved with the application of Bernoulii’s Principle. This scientific principle states that as a gas increases in pressure, it’s temperature decreases. This means that if a gas can be forcibly compressed, it is possible to create an area with a lower temperature without creating a place for the heat to escape to.

Using this principle, the earliest freezers used a variety of common substances that were able to be easily compressed. In some early models, this was done with a manual or steam-powered pump. The refrigerant in these early models was usually contained in a coiled pipe or other type of collapsible container that made compression possible.

The refrigerant was compressed, creating a place of lower temperature. Air from the freezer would then flow over this coil, transferring the heat from the air into the coil. The expanded gas or fluid would then expand to outside of the unit, releasing the heat into the surrounding environment. The refrigerant would again need to be manually compressed in order to bring its temperature back down.

While this method worked, the truth was that it rarely worked consistently enough to keep food cold for prolonged periods of time. Early freezers would spring leaks in the compression coils, essentially breaking the entire system. Without the ability to consistently maintain a constant pressure, it was also common for these freezers to get either too hot or too cold, causing issues with the food stored inside.

For the majority of the 1800s, this meant that these types of freezers weren’t very popular. Outside of using them for some scientific applications, they were not particularly popular on the consumer market. By the turn of the century, however, that would change. 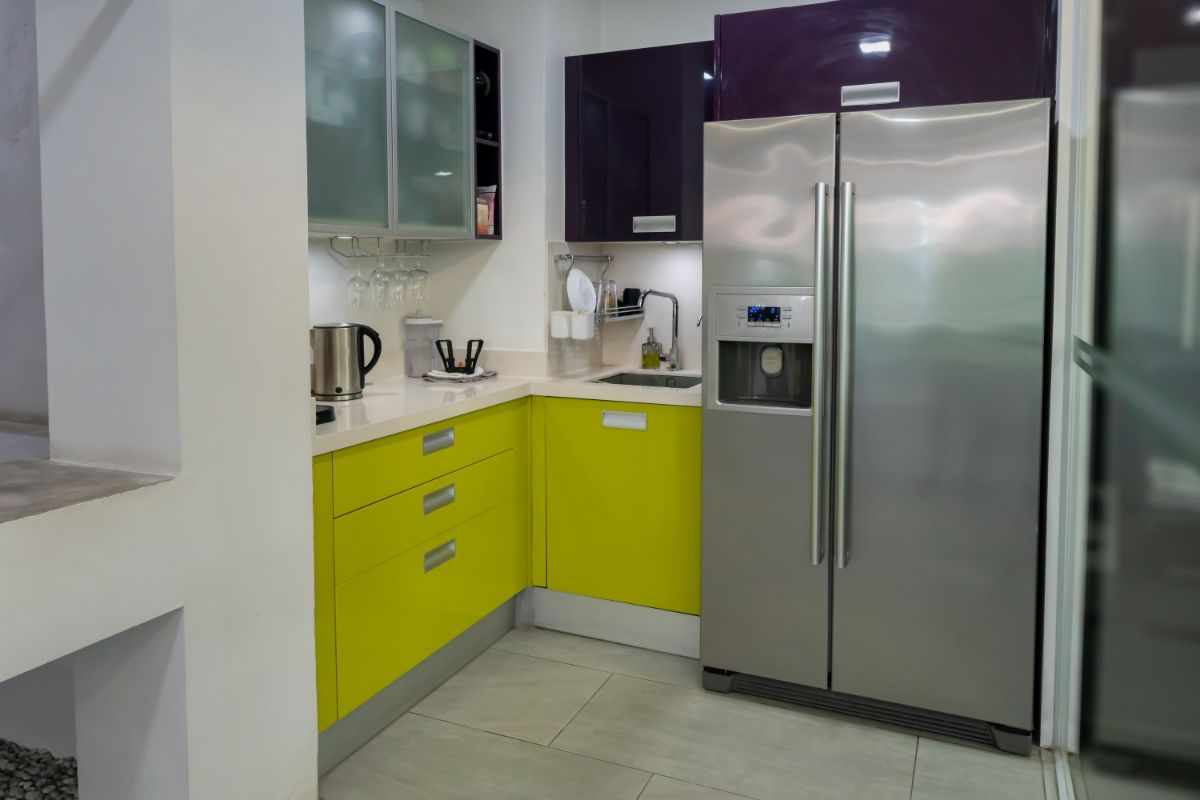 By the 1920s, growing demand for refrigerated spaces was putting pressure on scientists and inventors to improve the design of the freezer. Largely, this demand was driven by the need for air conditioned hospitals and places to store medication (driven, unfortunately, by the end of World War I and the outbreak of Spanish Flu).

Fortunately, this led to the discovery of a refrigerant called freon and the invention of the electric condenser. Freon was a chemical that would produce very cold temperatures at a relatively low level of pressurization. It was also capable of being condensed repeatedly with relatively little leakage.

Freon could be produced for a low enough cost that it made sense to start using it in commercial air conditioners, freezers, and refrigerators. Within a few years, these appliances became standard in many American households, and all of them worked under the same general principle.

Warn air was forced to pass over a coil of compressed freon gas. This compressed gas actually formed a very cold liquid, which could absorb a lot of heat from the air passing over it. This heat would turn the freon into a gas, which would expand to an area outside of the freezer. A blower would dissipate the heat into the surrounding air. The freon would then be pumped and condensed again and forced through a coil in the interior of the freezer.

This is why a properly working freezer will feel warm to a person who places their hand on the side or back. This is the heat from the interior of the freezer being dissipated into the surrounding environment.

Freezers that are used for industrial and scientific purposes may use alternate refrigerants that can get a lot colder than these commonly available chemicals. While these alternatives can get much colder, they also tend to cost a lot more and usually need specially made condensers and pumps to get them to the proper temperature.

It’s important to be aware that like air conditioners, freezers really only operate as on or off. When they are on, they are condensing refrigerant and removing heat from the air inside the freezer. Modern freezers that have a thermostat (a device that allows the user to control the temperature) are actually only turning the condenser on until the desired temperature inside the unit is reached. 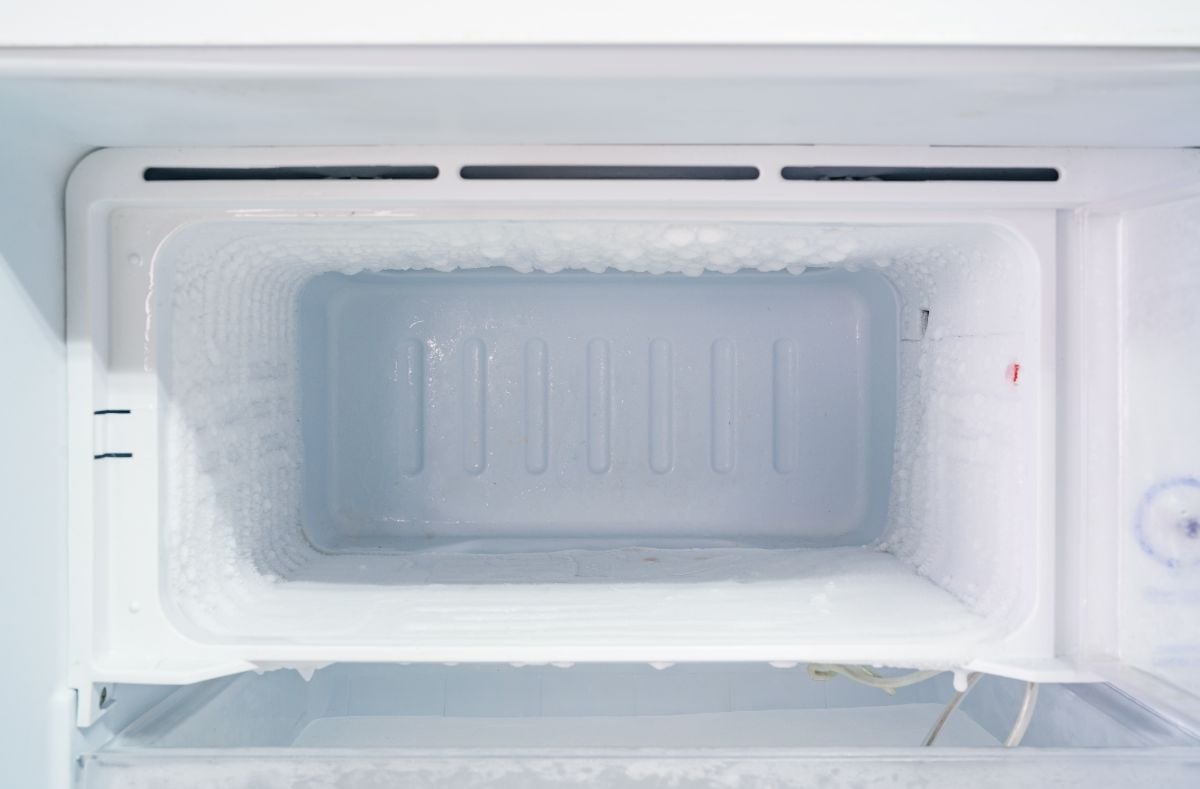