Many people consider pizza an Italian dish, but much of its popularity is because it became a symbol of all things American. With this recipe, you can enjoy this favorite meal made from scratch in your kitchen. 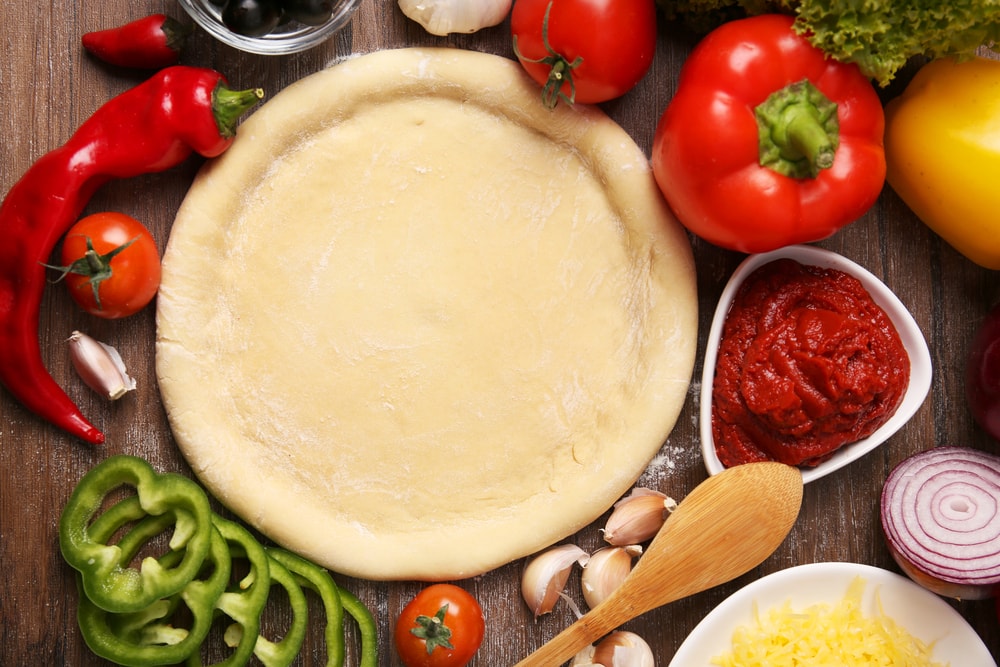 A staple of teen gatherings, pizza is a favorite meal for the whole family. Many families have a standard “pizza night” where dinner is brought home in a large square box featuring everyone’s favorite toppings. Whether they choose to go to the neighborhood pizza parlor, pop in for takeout, or pay someone to deliver the pizza to their homes, families love pizza for its flavors, textures, and simplicity. Pizza is basically a whole meal, served in neat, triangular slices. If the toppings are chosen with care, a person can enjoy every food group in a single slice. 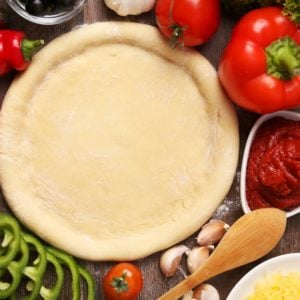 April Freeman
Did you know that pizza dough is fairly simple to make from scratch? Preteens and teens love cooking their favorite foods, so why not enjoy homemade pizza night and create your own family’s specialty pizza? Simply follow the pizza dough recipe below and top with your favorite toppings.
Print Recipe Pin Recipe Add to Collection Go to Collections

Many Mediterranean cultures enjoyed flatbreads embellished with various toppings, including the Egyptians, Greeks, and Romans. However, the culture that crafted what we now call pizza was that of a southwestern Italian area called Naples. In the 1700s, the area called Naples was a busy waterfront settlement. Many of those who worked in this region were considered working poor who barely eked out an existence in tiny single room shacks. Most of their lives were spent outdoors with few amenities. Because things like tables, dishes, and silverware were not a part of their everyday lives, these paupers ate food purchased from outdoor vendors that could be eaten with their bare hands. Prim and proper upper crust visitors were appalled at the manners of these individuals. One favorite item that lower-class Neapolitans ate with their hands was pizza. There were several varieties of yeast-risen bread dough topped with other things, but a favorite was a flatbread crust topped with mozzarella cheese, tomatoes, and basil. In the late 1800s, many Neapolitans immigrated to the United States in search of better lives and greater financial opportunities. These people settled in many Northeastern cities, including Boston, New York, and Trenton. They brought with them their recipes for pizza. In the early 1900s, the first pizzeria opened in Manhattan, and non-Italians became just as fond of the delicious pie as the Neapolitans. The food trend spread across the United States, and after World War 2, pizza became a world-wide symbol of all things American, despite its ethnic background.
Keyword Main Course, Pizza Dough, Recipe