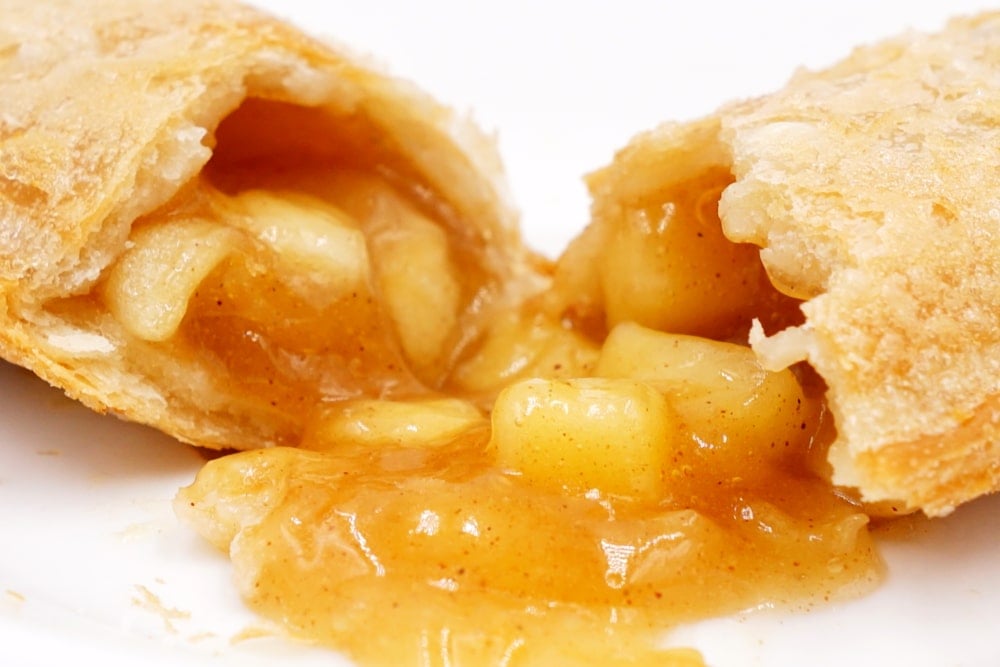 Perfect for breakfast or just for an afternoon snack, our recipe for Fried Apple Hand Pies features lightly sweetened apples with cinnamon folded between a crispy, flaky pie crust. Eat them on a plate with a fork or out of hand; either way, these little turnovers are sure to please. 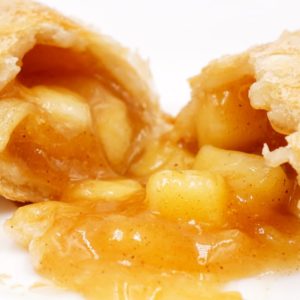 April Freeman
For this recipe, you can use any kind of apple that you have on hand. Whether you have Fuji, Gala, Yellow Delicious, or Granny Smith apples, this recipe will turn out wonderfully with any of them. Dice the apples into small pieces that are less than an inch square. If the apple pieces are too big, the fried pies will be awkwardly shaped and more difficult to eat out of hand.
Print Recipe Pin Recipe Add to Collection Go to Collections
Prep Time 25 mins
Cook Time 10 mins
Total Time 35 mins
Course Snack
Cuisine American
Servings 12 Hand Pies

If you are intimidated by the idea of making a homemade pastry crust from scratch for this recipe, have no fear. While our instructions will make pie crust making easy, the pastry does take a bit of a knack. Therefore, if you would rather, you can purchase a premade pie crust from the dairy case at your local grocery store. This can save you some time and some hassle if you prefer, and it is quite likely that no one will be able to taste the difference. When you cook the pies, be sure that the butter is hot before you add the pies to the pan. If the butter is not hot enough, the pastry crust will absorb the butter instead of being cooked in the butter. This will make your fried pies soft and greasy rather than firm, flaky, and crispy.
Keyword Fried Apple Hand Pie, Recipe, Snack
Tried this recipe?Let us know how it was!