Created from only flour, yeast, salt, and water, French bread is served with every entrée at a classic French restaurant. Getting authentically baked French bread is difficult in the United States, but you can try your hand at creating your own with this classic recipe for French bread. 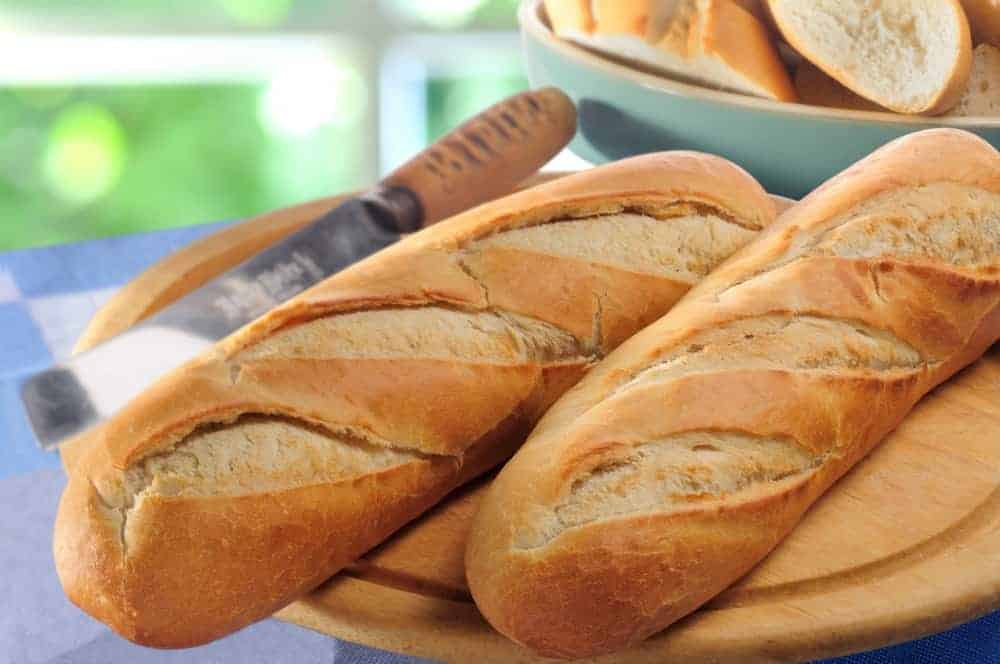 If you go out to dinner in an expensive French restaurant, one thing you are sure to enjoy is the taste and texture of the fresh French bread that comes along with your tasty entree. Made of just a few simple ingredients, French bread is a favorite bread to accompany hearty soups and stews in the winter. Additionally, you can make leftover bread into a breakfast favorite, French toast.

However, if you visit France and spend some time with the people there, you may be surprised to learn that almost nobody bakes bread in their own homes. In fact, most French cookbooks omit recipes for French bread entirely! 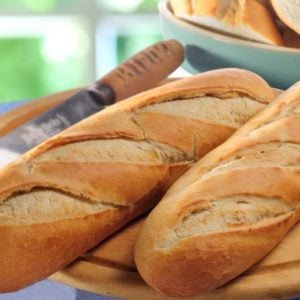 April Freeman
Our recipe mixes up all of the right ingredients for a good loaf of French bread. To help with the oven issue, our recipe recommends placing a baking pan full of water in the bottom of the oven. The resulting steam will help the bread bake with the chewy texture that makes French bread unique.
Print Recipe Pin Recipe Add to Collection Go to Collections
Prep Time 20 mins
Cook Time 45 mins
Rising Time 3 hrs
Total Time 4 hrs 5 mins
Cuisine French
Servings 16 Slices

The average person goes to the bakery to buy the tasty bread with an unbeatable texture. The French know that to achieve the unique crust and chewy interior, the baker’s ovens are key. French bakers have wood-fired, stone ovens that provide even heat and make genuine French bread. However, most Americans don’t go to bakeries to get bread. Most of the time, it’s a supermarket where their food is purchased. Bakeries in American supermarkets don’t have wood-fired ovens, so if you’re considering having French bread and you’re adventurous in the kitchen, you may as well try to bake it on your own. Most people do not have baguette pans in which the French bread is baked. These long narrow pans support the bread and help it keep its shape during rising. To keep your bread in shape without a baguette pan, you can take long narrow strips of aluminum foil and wrap them around the perimeter of your loaves.
Keyword Bread, French Bread, Recipe, Snack

See More RecipesClick Here for All Our Recipes
28 shares