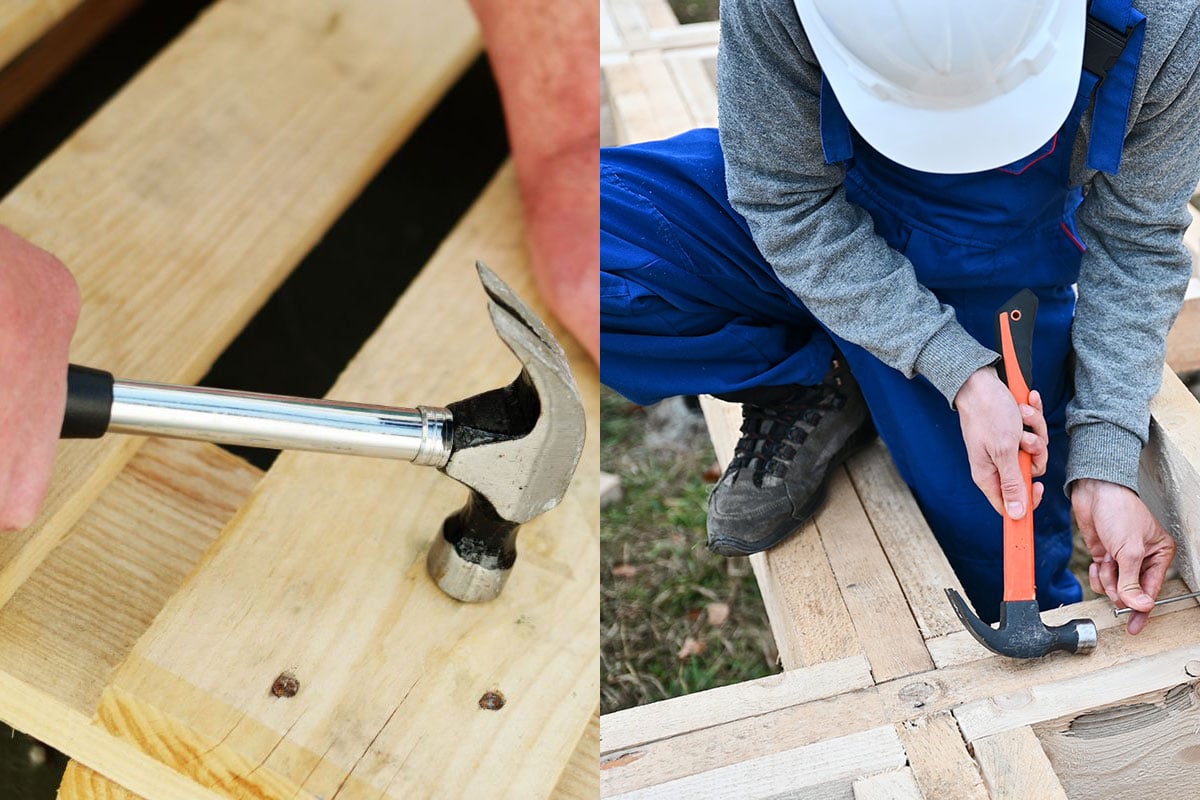 So, you’ve been staring at your toolbox, wracking your brain for the last 30 minutes, trying to figure out the right hammer for your project? Yeah, I’ve been there too.

There are two main types of hammers that you’re likely to come across: the framing hammer and the claw hammer. Both have their own unique advantages and disadvantages that make them better or worse for certain projects. In this article, we’ll go over when you should use a framing hammer and when you should use a claw hammer to help you make the right decision for your next project.

What is a framing hammer? 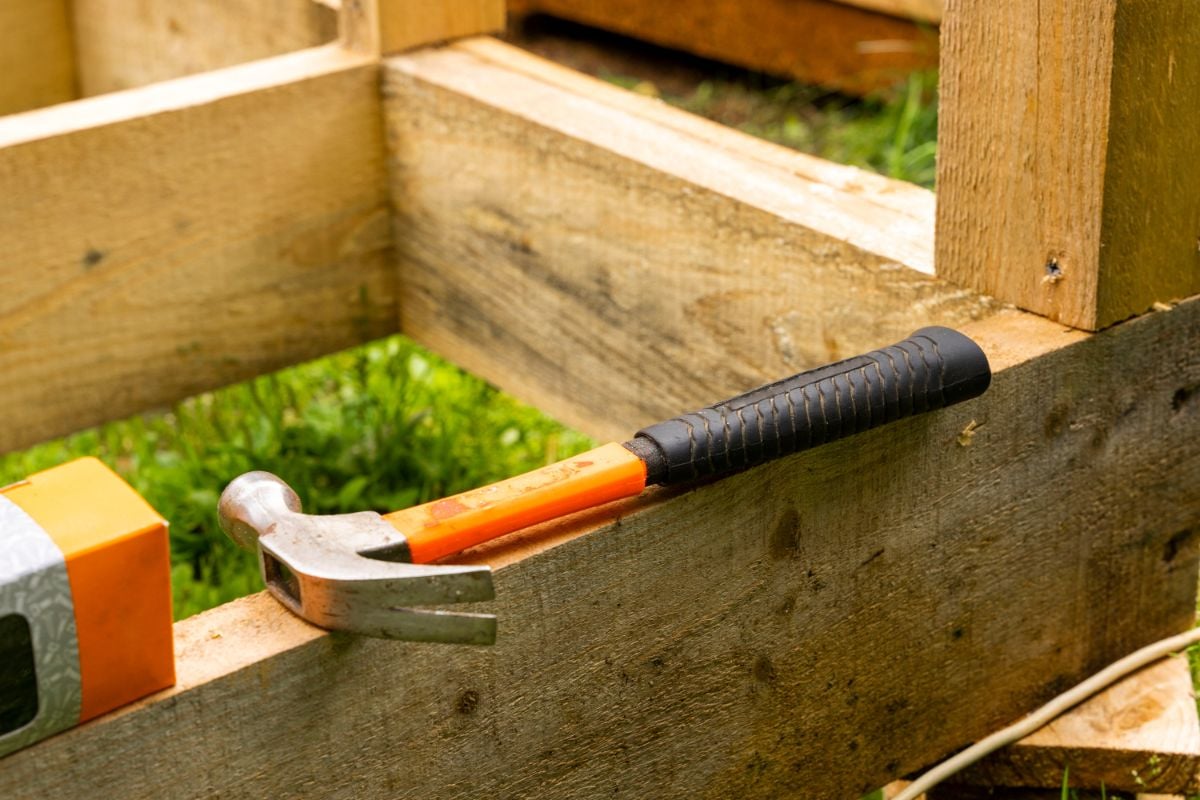 At their simplest definition, framing hammers are designed for one thing: driving nails. They have a large head and a long handle that gives you plenty of leverage to drive nails quickly and easily. The downside of a framing hammer is that it can be difficult to control, so it’s not the best choice for delicate work.

Framing hammers have been around for centuries. They were originally designed for woodworking and shipbuilding, where they were used to drive nails into wooden planks. The long handle and large head made it easy to drive nails quickly and efficiently.

Even with all the world’s major technological advances, the design of the framing hammer hasn’t changed much. In fact, it’s still one of the most popular hammers for woodworking today.

What is a claw hammer? 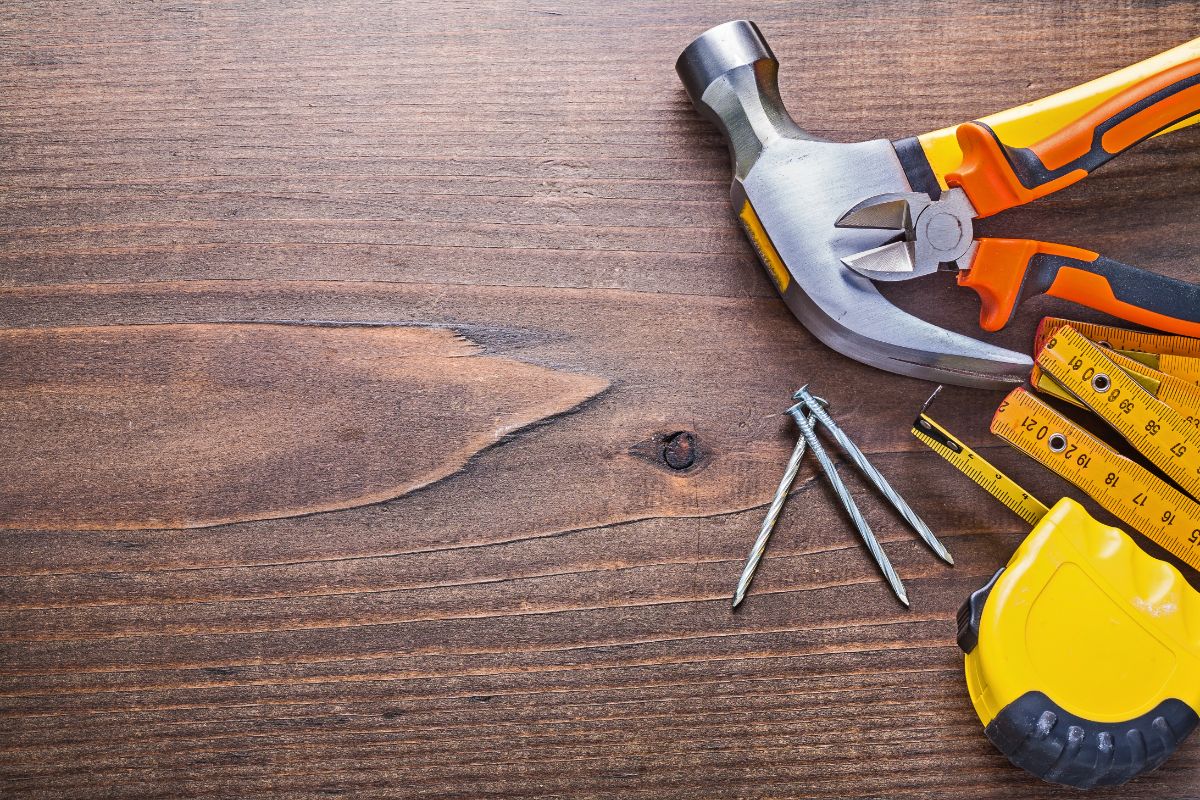 Claw hammers are designed for three things: removing nails, pulling apart boards, and driving nails. The head of a claw hammer is smaller than a framing hammer, which gives you more control over your swings. The head is also curved, which allows you to use the hammer as a lever to pry nails out of wood.

The claw hammer is a relatively recent invention. It was first patented in 1840 by a blacksmith named David Maydole. Since then, the claw hammer has become one of the most popular tools in the world. It’s an essential tool for anyone who works with wood, and it’s also a handy tool to have around the house for general repairs and DIY projects.

Claw hammers are available in a variety of sizes, but the most common size is 16 ounces.

Now that we’ve given a brief definition of these types of hammers, it’s time to dive into the nitty-gritty details of the differences between a framing hammer vs. a claw hammer.

The weight and size difference between these two types of hammers is due to the fact that framing hammers are designed for driving large nails, such as 16d or 20d nails, into heavy lumber. The extra weight makes it easier to drive these larger nails into tougher materials. 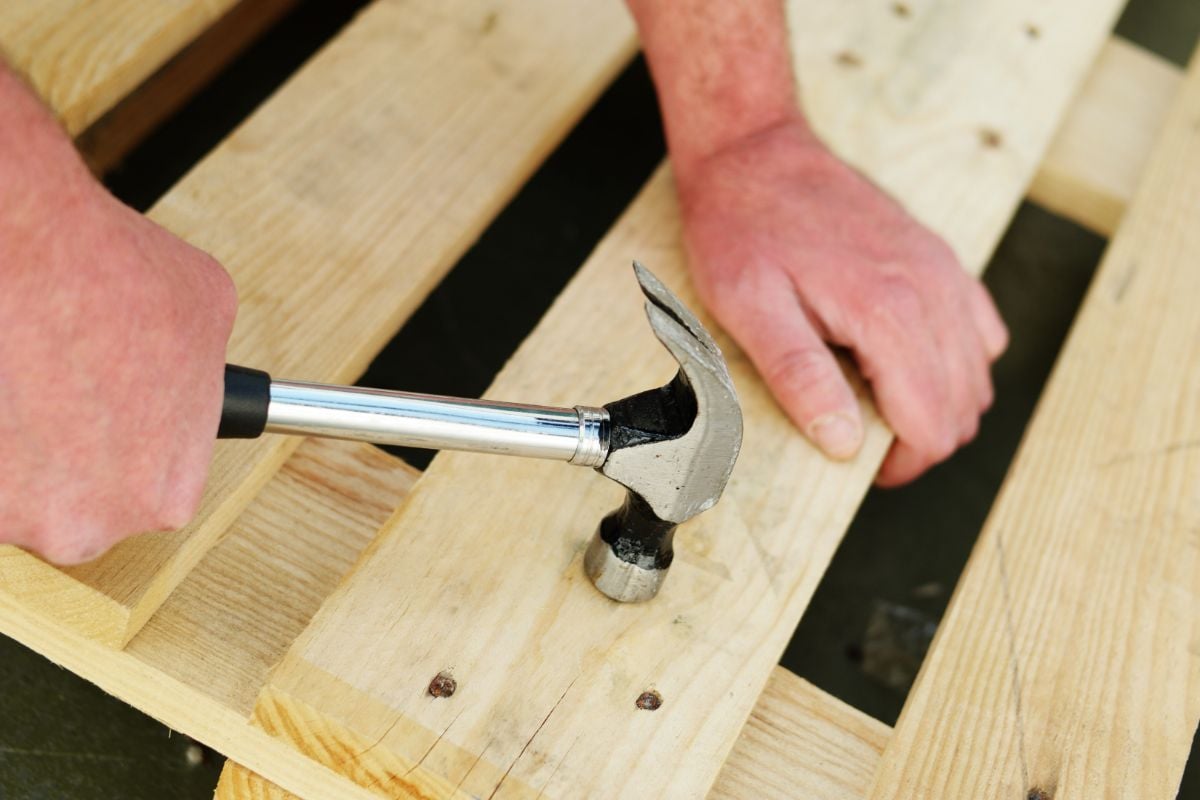 Claw hammers, on the other hand, are designed for smaller nails and lighter jobs. The head of a claw hammer is usually made of forged steel, which is harder than iron. This makes it easier to pull nails out of boards without damaging the wood.

The major difference between these two types of hammers is the shape of their head. As mentioned above, a framing hammer has a flat head, while a claw hammer has a curved head with a sharpened “claw” on one side. The flat head on a framing hammer is used for pounding nails into lumber, while the claw on a claw hammer is used for extracting nails from lumber.

Really, the only similarity between these two hammers is that, in terms of size, both hammers have a long handle and a relatively small head. They are also both designed to drive nails.

That’s basically where their similarities end.

What Are the Benefits of Framing Hammers? 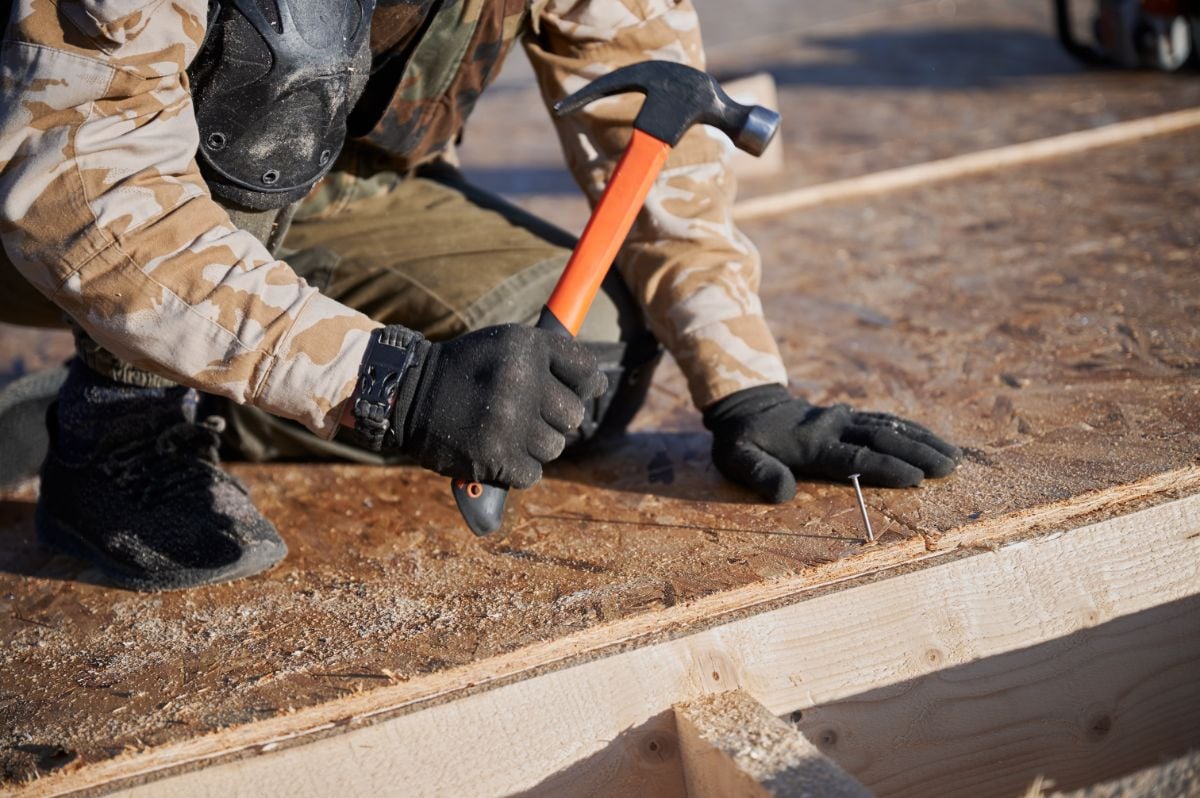 The benefits of framing hammers are many, but the most important is that they are designed specifically for driving nails into lumber. This makes them much easier to use and much more effective than a claw hammer, which is designed for pulling nails out of wood.

Framing hammers have a heavier head than claw hammers, which makes them better at driving nails into hardwoods. The head is also usually slightly curved, which helps to reduce the amount of force needed to drive a nail.

Another benefit of framing hammers is that they have a longer handle, which gives you more leverage and makes it easier to drive nails into tougher woods.

Finally, framing hammers usually have a magnetic head, which helps to hold the nail in place while you are driving it. This is a very helpful feature, as it can save you a lot of time and effort.

What Are the Benefits of Claw Hammers? 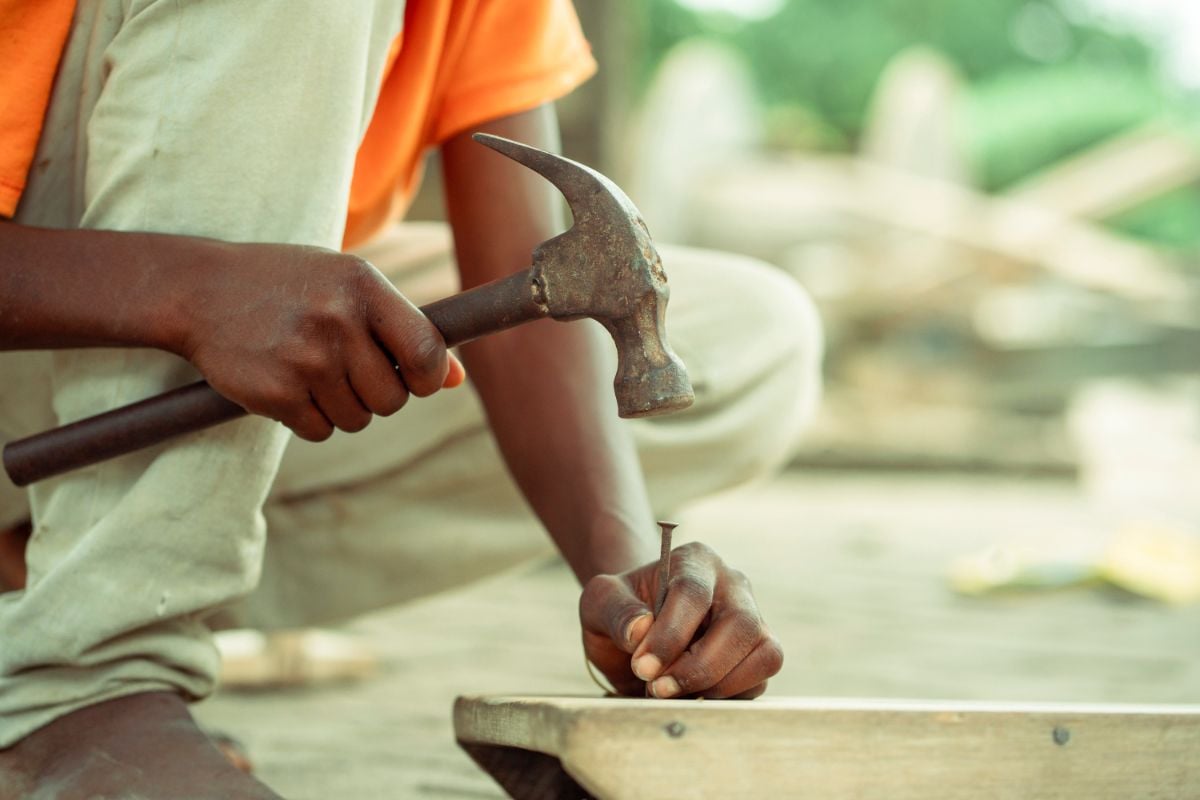 Claw hammers have a shorter and thinner head than framing hammers, which makes them easier to maneuver in tight spaces. They also have a sharpened edge on the head, which can be used to pry nails out of wood. Additionally, the head is usually made of forged steel, which is harder than iron and helps to prevent damage to the wood.

Claw hammers also have a shorter handle than framing hammers, which makes them easier to carry and store. Additionally, the shorter handle gives you more control over the hammer, which can be helpful when you are working in tight spaces.

Finally, claw hammers have three primary uses, while framing hammers only have one. So, if you’re looking for an all-in-one hammer, a claw hammer is the way to go. 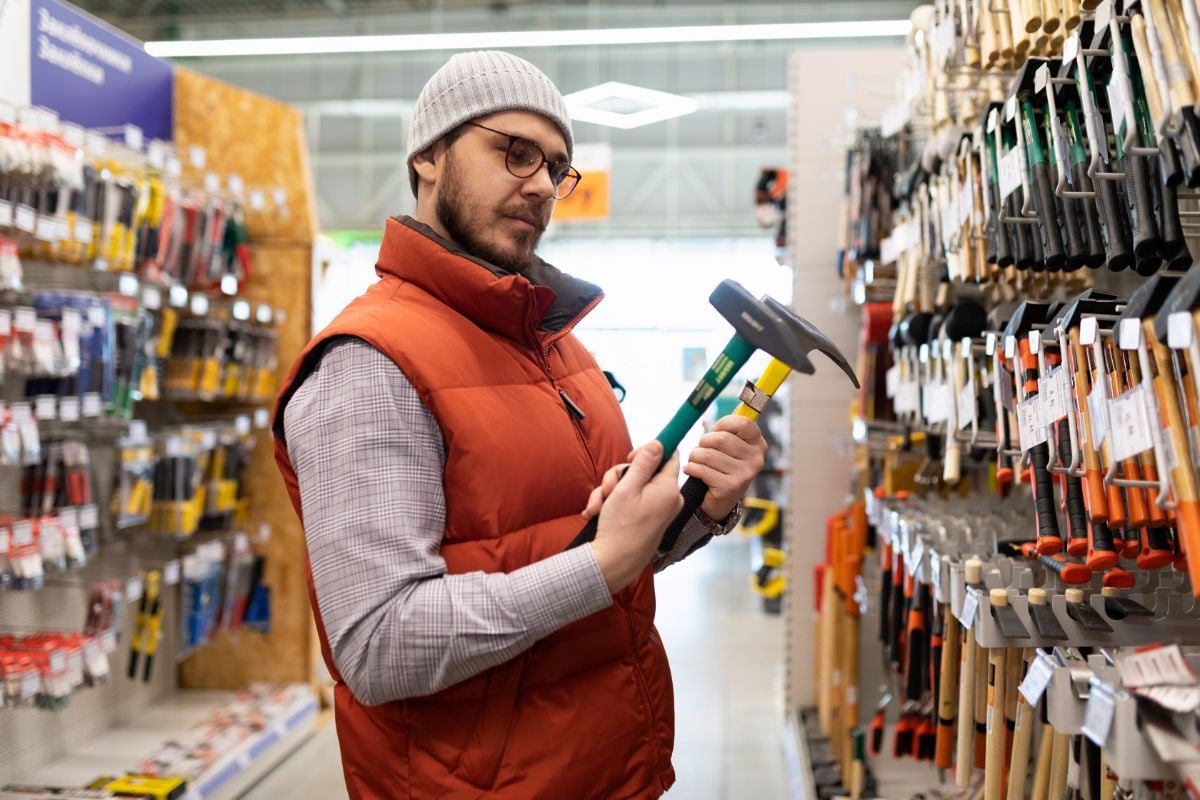 Framing hammers can vary in price from $20 – $300! This vast difference is due to the hammers’ different features, such as weight, handle length and head material. Claw hammers are generally less expensive, with prices ranging from $5 – $50. This is due to the fact that they are not as specialized as framing hammers and thus do not need to have as many special features when it comes to their materials, texturing, and weight.

When do you use a framing hammer?

So, what kind of projects are best for framing hammers?

Any time you need to drive a lot of nails quickly, a framing hammer is the way to go. This is especially true when working on big projects, like building a fence or deck. The long handle gives you more leverage, so you can drive nails faster and with less effort. And the weight of the hammer head means that each nail gets driven all the way in with just a few swings.

When do you use a claw hammer?

Claw hammers, on the other hand, are better for smaller projects where you need to be more precise. The shorter handle gives you more control over each swing, so you can avoid damaging the surrounding area. And the curved head of the hammer is perfect for pulling nails out of wood. So, if you’re working on a delicate project like hanging a picture frame or Fixing a loose board on your deck, a claw hammer is the way to go.

Which one is better for beginners? 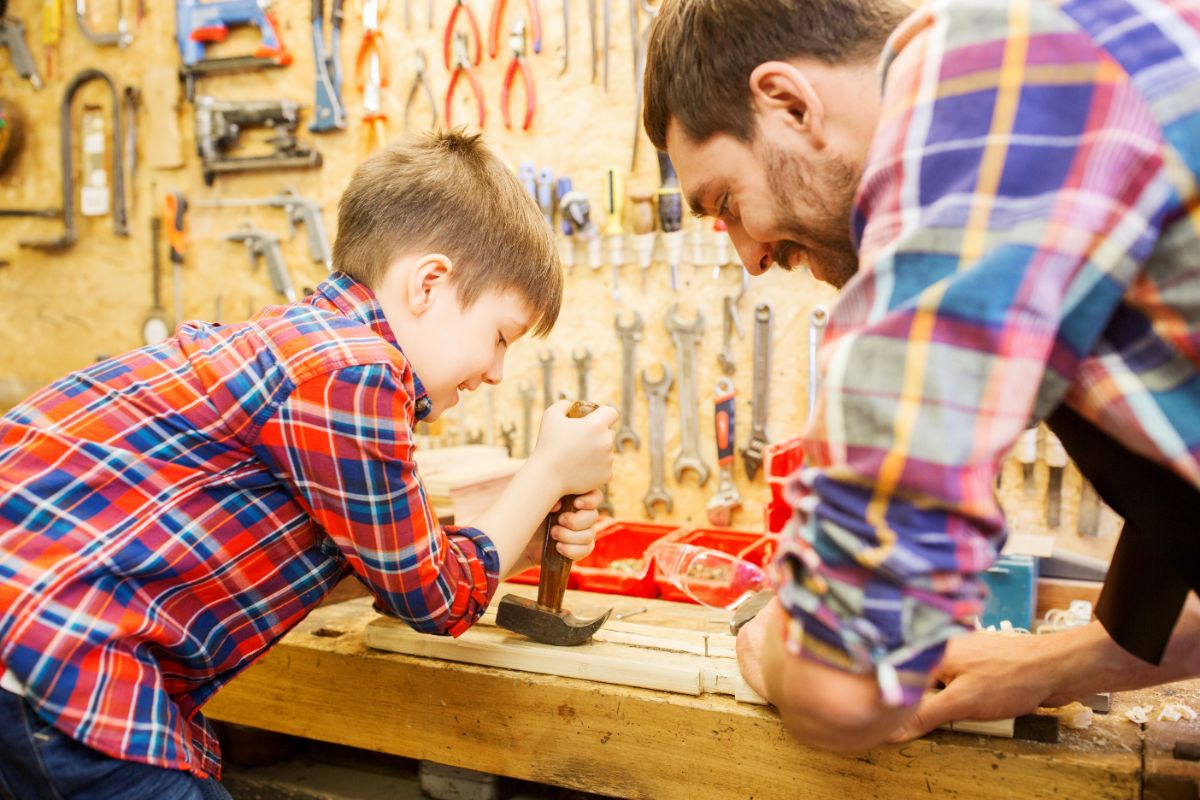 When it comes to choosing between a framing hammer or claw hammer, there is no clear winner. It really depends on the project you’re working on. If you’re just starting out, it might be a good idea to get both and see which one you prefer. Or, if you know what kind of projects you’ll be working on most often, you can choose the hammer that’s best suited for those tasks. Whichever way you go, just make sure you have a good quality hammer that feels comfortable in your hand. With the right tool, any project will be a breeze.

That said, if you are teaching a child how to use a hammer, depending on their age and strength, a claw hammer is probably the best choice for them to learn. The lighter weight and smaller handle will be easier for them to control. And, since it takes a bit more effort to drive a nail, a claw hammer will help them practice the precision of their swing. Also, if they accidentally hit their finger, it’ll still hurt, but it’ll hurt less than a framing hammer due to the different material and surface area of the hammer’s head.

How to use a framing hammer 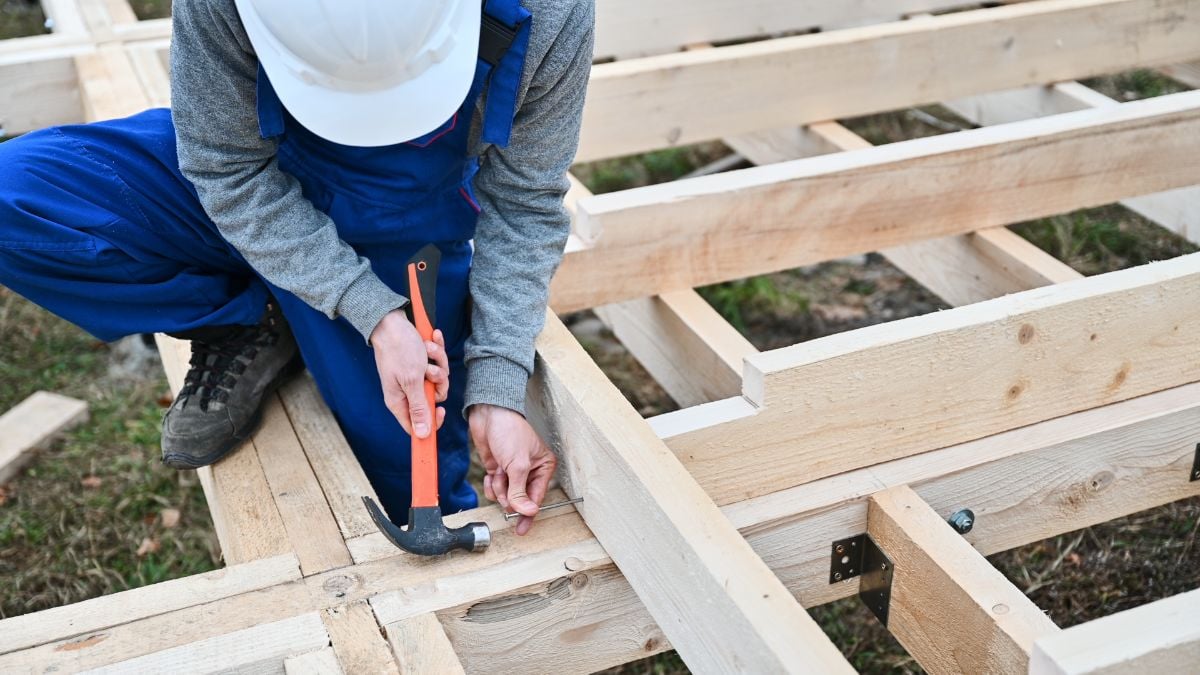 Using a framing hammer is pretty straightforward. Just hold the handle in your hand and swing away. The long handle will give you plenty of leverage, so you can drive nails quickly and with little effort. Just be careful not to swing too hard, or you might damage the surrounding area. And always aim true.

How to use a claw hammer

Which one should you buy?

This is a tricky question.

Both framing hammers and claw hammers are essential tools for any DIYer. But knowing when to use each one will help you get the job done right without damaging your project. So, if you’re not sure which one to buy, ask yourself what kind of projects you’ll be working on. If you need a versatile tool for big and small jobs, get both. But if you only plan on working on smaller projects, a claw hammer will suffice.

Overall, when it comes to choosing between a framing hammer and a claw hammer, if I could only buy one, I would choose a claw hammer. It’s a versatile tool that can be used for big and small projects. Not to mention, it’s less likely to damage your project.

Do you have a preference between a framing hammer or a claw hammer? Let us know in the comments below!