Here is everything you need to know about the carnivorous plants with a flypaper trap design. Learn about its mechanics, how it traps, and where it lives. 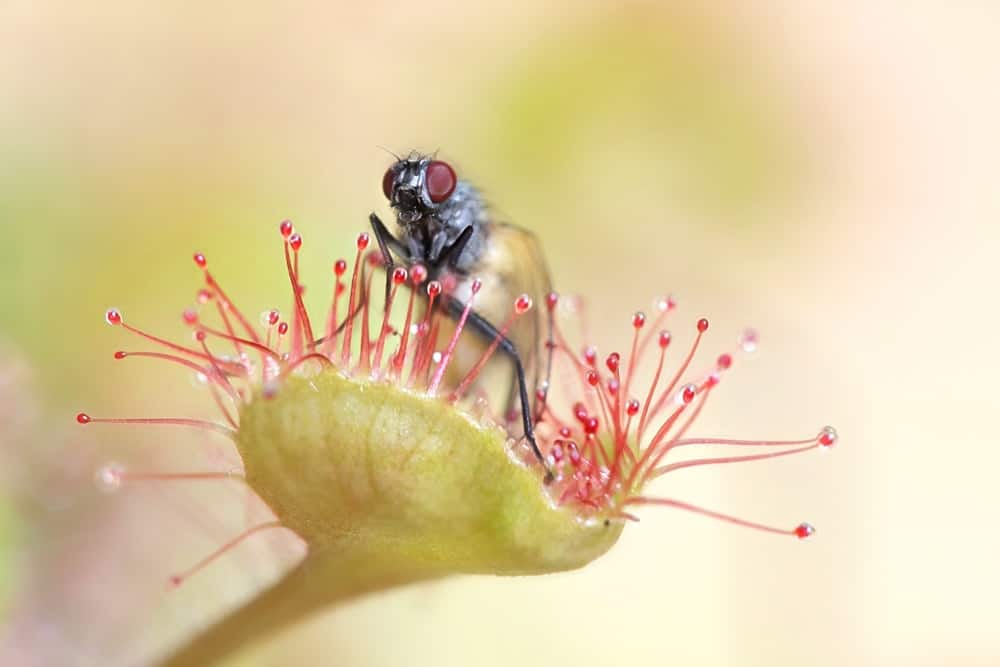 Humans should always be taking advice from nature. Especially when it comes to dealing with pests. Everyone is familiar with those nasty flypaper traps we hang in our summer cabins and kitchens. The ones that dangle from the ceiling like twirly cemeteries for unlucky flies.

Turns out that we got that idea from plants. The article 5 Types of Carnivorous Plants and How They Trap explains the different methods in which these plants trap their prey. There are pitfall traps, snap traps, suctions traps, lobster pot traps, and today we’re going to observe the flypaper trap more closely. The usual suspect of the carnivorous plants to use this trick is the Sundew.

Table of Contents Show
Introducing the Sundew Carnivorous Plant
Drosera
How She Traps
What She Eats
Characteristics
Where Sundews Exist
FAQ
Can you have a Sundew as a house plant?
What can I feed my Sundew?
How do Sundews eat?
How often should I water my Sundew?
Where can I buy a Sundew? 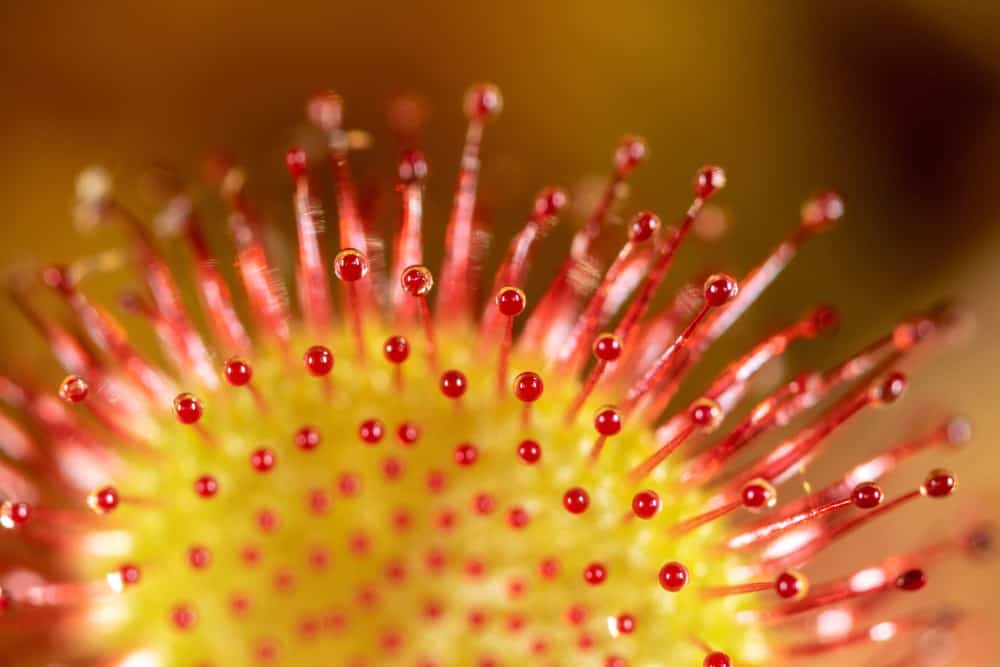 Unlike most other carnivorous plants, the Sundew is actually quite successful. Almost all others are considered to be critically endangered, but there are over 194 species of Sundew. They are a perennial plant, and rather herbaceous to boot.

Sundews possess both types of flytrap characteristics. The edges of her leaves are lined with tiny hairs that are curled down like a burr, that are very efficient at snagging. The face of her leaves is also coated with a sticky mucilage which also so happens to smell incredible (to its prey).

Prey is drawn into her charming white or pink flower, and follow down the stem and become enchanted by the sweet mucus. Once they land on her leaves, the likelihood of escape is very unlikely. 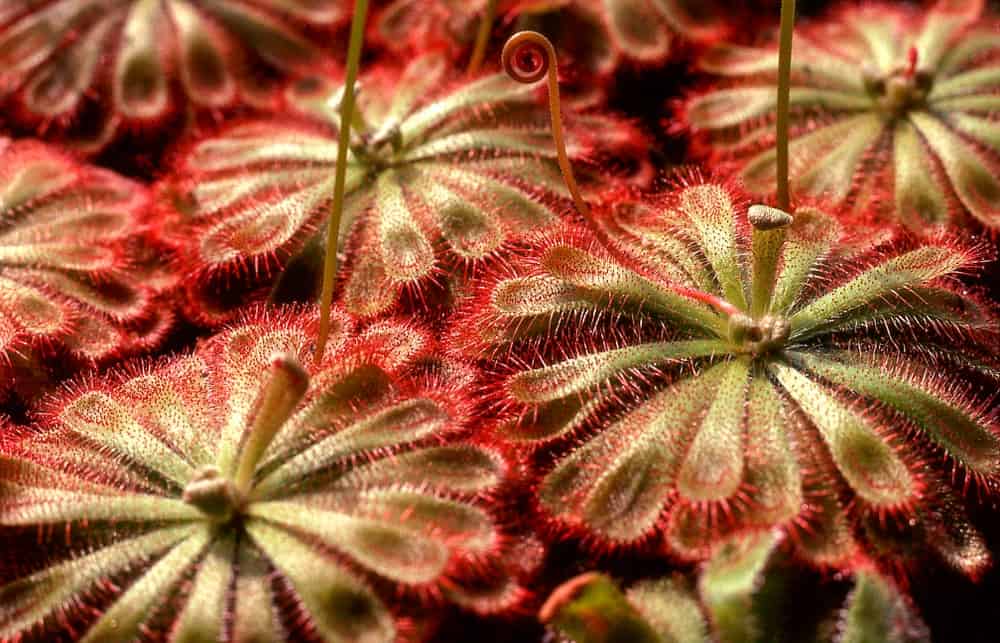 The Sundew is equipped with many many leaves, almost like tentacles on an octopus. When a prey lands on one of these leaves, it will curl itself inwards so digest in private.

Since the Sundew is quite a bit smaller than say, a pitcher plant, most of what she eats is going to be reserved for smaller insects and invertebrates. 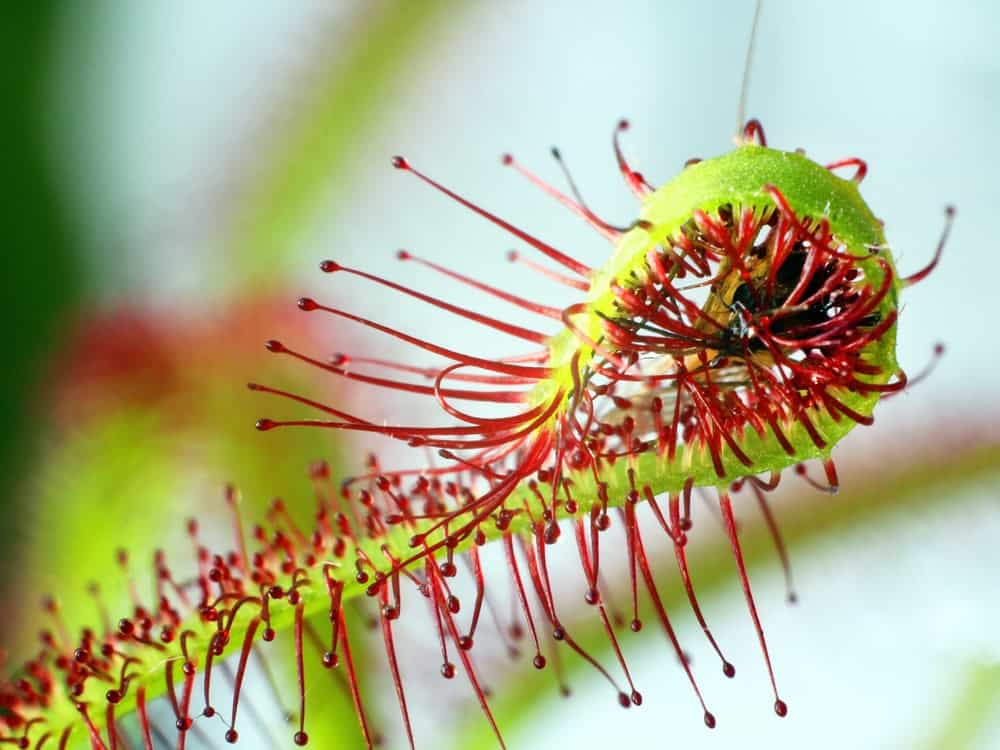 Luckily for the Sundew, they are much less picky when it comes to where they live. They occur in every single continent except for Antarctica. Since they are so abundant and prosperous, Sundew’s are one of the safer and more ethical carnivorous plants available as a house plant. 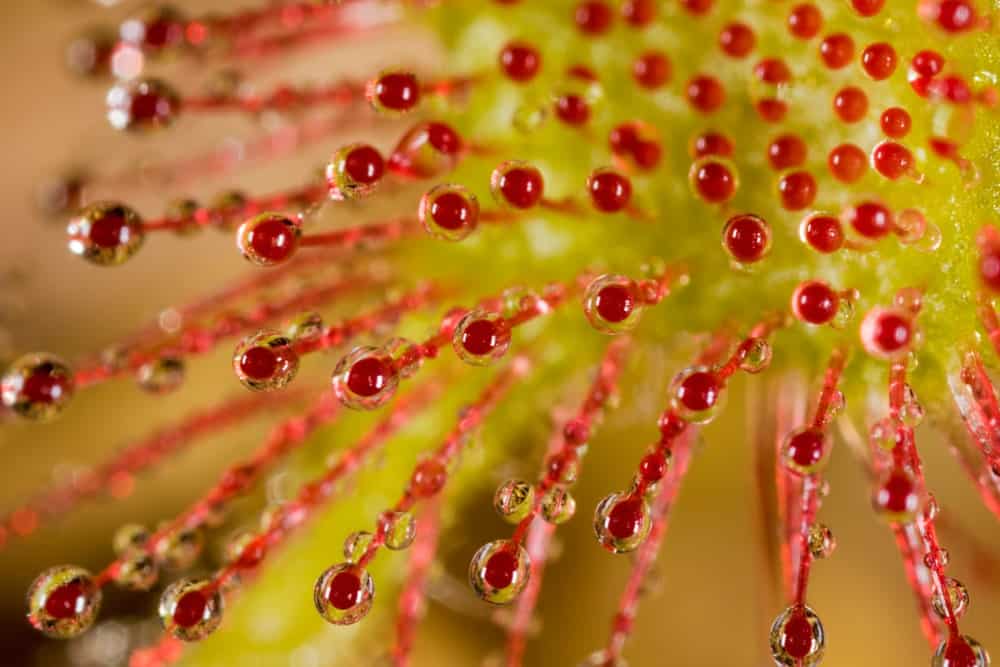 Although, half of all Sundews actually live in Australia. They can be found as north as Alaska, and all the way back to New Zealand.

They appreciate very wet habitats, as all other carnivorous plants do, with ample sunlight and highly acidic soil. 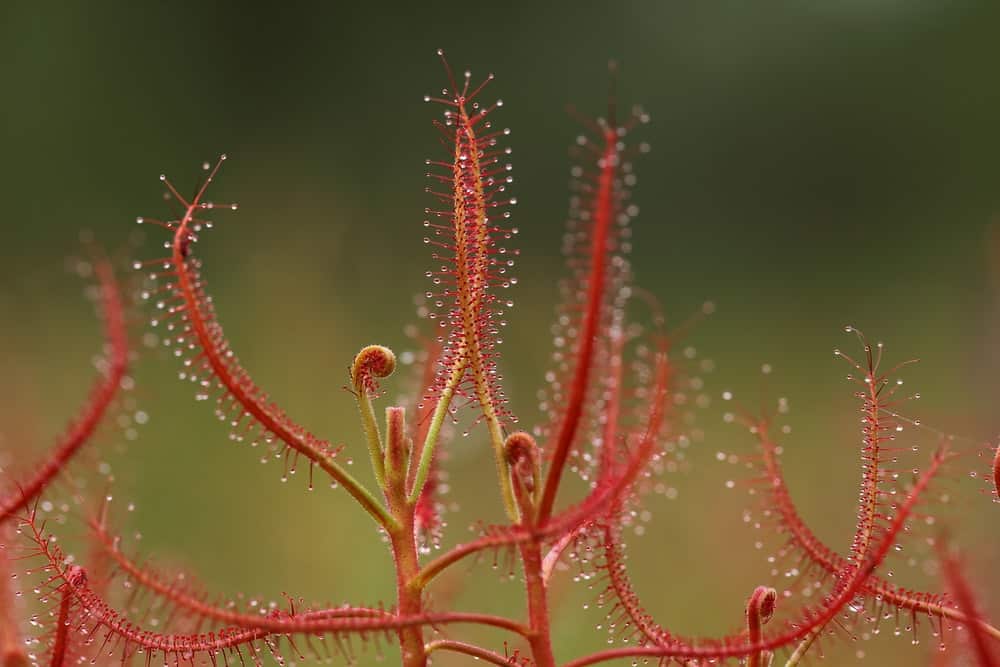 Can you have a Sundew as a house plant?

If you’re willing to ensure it is always properly watered and fed, then absolutely! There aren’t going to be as many bugs in your house as there would be outside, so it’s important to hunt some. With bigger bugs like ants or spiders, it’s better to kill them first so they don’t escape while the Sundew is trying to digest.

What can I feed my Sundew?

Depending on the size of your Sundew, it can find an appropriately sized insect.

How do Sundews eat?

They eat by luring prey in with a sweet-smelling, sticky mucus that sticks to their prey. They get stuck on the face of a leaf, which then curls in to prevent escape. They digest their prey right then and there.

How often should I water my Sundew?

Think of your Sundew as being a tropical plant. It always wants to be wet. A good rule of thumb is to spritz it. There should always be droplets of water hanging off of a Sundews little hairs.

Where can I buy a Sundew?

The best bet is to look at your local exotic plant shop.