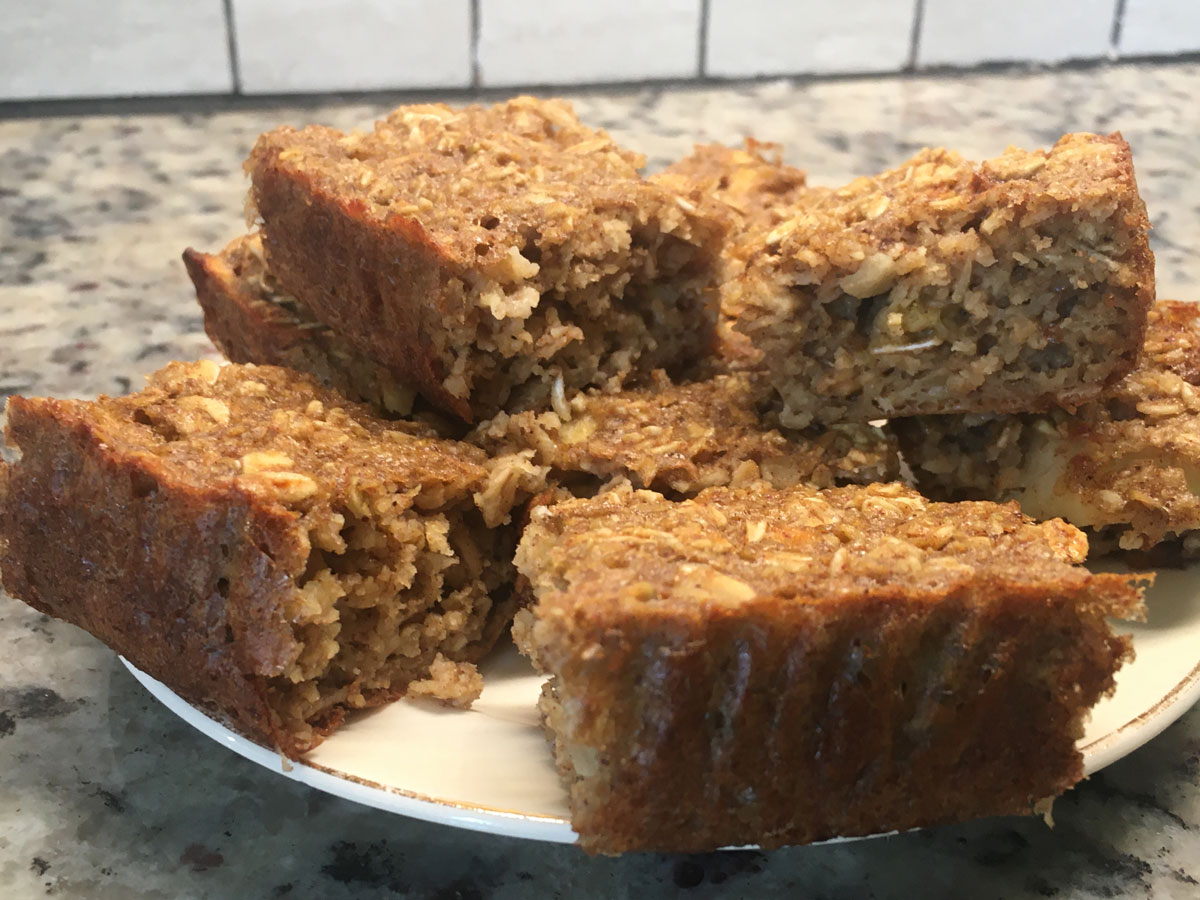 Breakfast is the most important meal of the day, or so say your mother and Grandmother. However, Mom and Grandma likely never had the chaotic life that most people lead in the 21st century.

With two parents working outside the home, kids in school and child care, sports, ballet practice, and civic volunteering, who has time to make homemade pancakes, scrambled eggs, and crispy fried bacon for breakfast each day?

For many parents, tossing the kids a box of pop tarts or stirring up some instant oatmeal is the best that they can do first thing in the morning between packing lunch boxes and gathering laptops for the day’s activities. 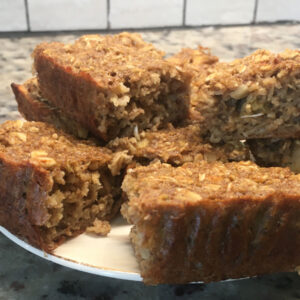 April Freeman
With a simple preparation method, our recipe for Flourless Apple Breakfast Cake can give your family a homebaked, healthy breakfast option that the whole family will enjoy. The best thing about this breakfast cake is that it is actually tastier when it sits in the refrigerator for a while, so you can make it on the weekend and the family can enjoy it later on in the week.
Print Recipe Pin Recipe Add to Collection Go to Collections
Prep Time 10 mins
Cook Time 30 mins
Total Time 40 mins
Cuisine American
Servings 8 Squares

Most parents do care about the nutritional status of their kids’ meals, but with all that is going on, making homemade, tasty foods that the kids will eat for breakfast seems impossible. It is easier to give the kids the things that they like eating and let the day begin without an argument over what to eat. That’s why everyone needs a few recipes like ours for Flourless Breakfast Apple Cake. This cake features the taste of a chopped apple along with the nourishment of oatmeal, eggs, and yogurt. Additionally, instead of being sweetened with sugar, natural honey makes an appearance to add just the right amount of sweetener. And, the best thing about this recipe is the fact that it is created way ahead of time and stored in the refrigerator. In fact, these tasty cake squares taste better after having been refrigerated for about 12 to 24 hours. When you are ready to eat them, just open the container and hand them out to everyone who is hungry. In fact, if you are really pressed for time, wrap the cake squares in a paper towel and let everyone eat in the car on the way to school. This recipe is great for people who follow many dietary restrictions. First of all, it is gluten free since it relies on oats rather than flour. Second, it is vegetarian. Third, if you want to make a vegan version of this recipe, you can use coconut milk mixed with a tablespoon of lemon juice as a substitute for the yogurt, maple syrup in place of the honey, and ½ cup of applesauce to substitute for the eggs. If you are making a vegan version of this recipe, be sure to choose to use coconut oil instead of butter. This recipe is excellent just as it is, but if you want to add a bit of something else to make it better, you can toss a couple of handfuls of nuts into the batter. Chopped pecans would be excellent, but chopped almonds or walnuts would be delicious as well. If you are making this cake for a group and you want to use nuts, be sure that you check with the group members that nobody is allergic to nuts. Another way to make this breakfast cake even more delicious is to add a kind of streusel layer to the top before baking. However, if you do this, you will change it to less of a breakfast cake and more of a dessert cake.Mix together ½ cup of brown sugar with ½ cup of oats and ⅓ cup of gluten free flour. Drizzle in 6 tablespoons of butter and stir it all together. Sprinkle this on top of the batter before baking.
Keyword Apple Cake Recipe, Flourless Breakfast Apple Cake, Flourless Breakfast Apple Cake Recipe, Flourless Cake Recipe