Rum has a rich and long history involving Caribbean pirates and slave trade. Drink up as we serve you this list of the world’s most expensive rums. 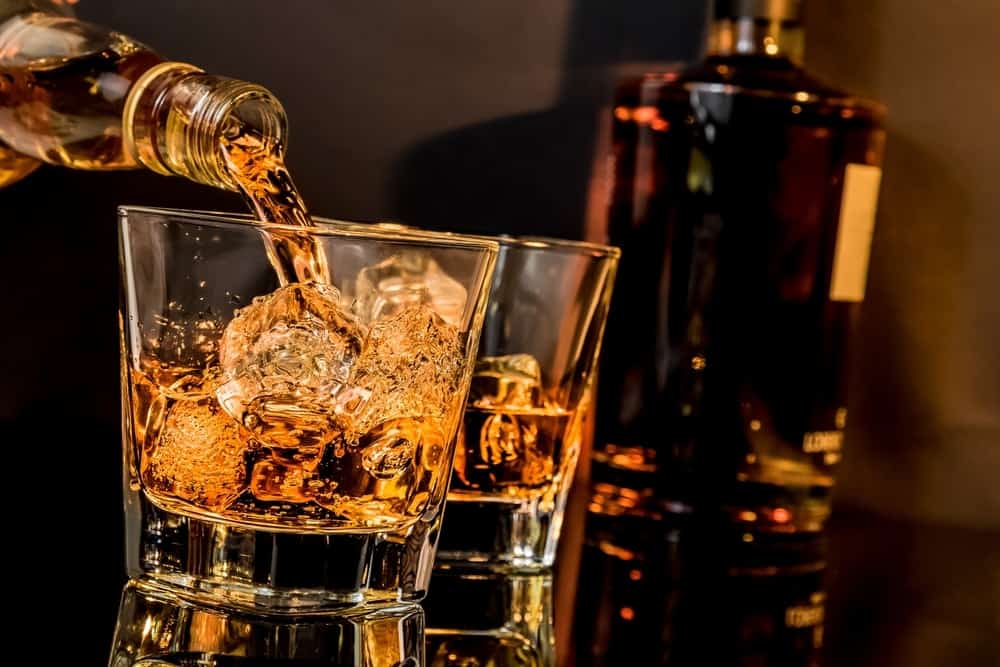 Rum was the first branded spirit made. Colonists drunk 12 million gallons of it annually while sailors to the Royal Navy often mixed it with lime juice to fight off scurvy. Vice Admiral Horatio Nelson, the English naval commander of the Royal Navy who died in the Battle of Trafalgar, must have loved this drink so much that he asked that his body be preserved in a cask of rum before it was buried.

Puerto Rico is a major producer of rum and accounts for more than 80 percent of the world’s rum. The drink is known by many names such as Barbados water, Kill-devil, Nelson’s blood, Pirates drink, Navy heaters, and Demon water, among others.

At No.10 on our Most Expensive Rum (Top 10) list is Rhum Clement 1952 currently retailing at $1,200. Bottled in 1991, it is dark amber in color. Produced in Martinique on the site of an old creole sugarcane plantation, the label on the bottle has the image of Homere Clement. He was a doctor and mayor of Le Francois. As a racial socialist, he was able to recognize that there was a huge demand for high-quality alcohol during World War I.

He started by purchasing an old creole sugarcane plantation – Domaine de l’Acajou- and immediately built a distillery. As an entrepreneur, he was able to produce some of the best rum in the world. After passing on, he left the distillery to his son, Charles. As they say, the apple does not fall far from the tree and in this case; it’s in a good way.

Charles continued with his father’s legacy of producing high-quality alcohol. The Rhum Clement 1952 is the oldest rum to be produced at the original distillery before it was relocated.

Considered one of the finest rums ever to be produced, the Havana Club Máximo Extra is made from a blend of rare and fine rums sourced from the distiller’s extensive reserves- Havana Club’s cellars. Maestro Del Ron Cubano Don Jose Navarro created it. The rum was distilled and bottled while maintaining the genuine tradition of Cuban rum production. This process is long and painstaking but in the end, it awakens the flavors of the finest and oldest rum reserves. What you ought to know is that this process only allows for 1,000 bottles of Havana Club Máximo Extra to be produced every year.

The rum has an amber glow deepened by extra aging. The nose has a rich and delicate aroma with smoky and oak notes. There are subtle tones of fresh pear, dried fruit, and coconut. As dry and sweet rum, it has a hint of dark chocolate, vanilla, and dried fruits. Thanks to its warm finish, the Havana Club Máximo Extra presents spicy notes.

To preserve all the above notes and aroma, the bottle comes with a natural cork stopper.

The 8-year-old Bacardi, Millennium Rum Atlantis Special Edition is a limited edition decanter produced specifically for the Atlantic resort on Paradise Island (Bahamas). With a sweet and rich flavor, the rum was aged for 8 years before bottling. It was prepared specifically to celebrate the new millennium. Since the rum was for auction, it does not come in its original box.

3000 bottles were produced. The rum comes with a certificate of authenticity just to show the amount of preparation, care, and testing that was done to ensure customers had a genuine product. The good news about the 8-year-old Bacardi, Millennium Rum Atlantis Special Edition is that it brings the long-held Bacardi tradition of producing rum.

See also  18 Different Types of Squash (Yes, that many)

Born in Sitges, Catalonia in 1814, Facundo Bacardi immigrated to Cuba in 1830. When he arrived, rum was cheaply made and so it was not such a refined drink. In order to change this, Facundo Bacardi began experimenting with several techniques of blending and making high-quality rum.

After several attempts, he finally found the right technique. Simply put, he filtered rum through charcoal which helped to remove impurities. Later, he aged the rum in oak barrels for several years. This had a mellowing effect on the drink.

After successfully blending the first high-quality rum, he and his brother, Joe set up a shop and distillery in 1862. From there, the master blenders used the distillery to produce the Bacardi Superior Rum (Spain) Bot.1940s and others.

With an alcohol content of 70cl/46%, the rum is white and was produced in Spain. The bottle is quite old and so care should be taken when opening it.

As aged rum, the Original Royal Naval Rum Tot has been stored for the last 40 years in stone flagons by the Royal Navy. As part of the last rum ration, it was last served to the British Royal Navy sailors in July 1970, a time when the 300-year-old tradition of a daily rum ration came to an end. The day was marked by 6 bells according to the forenoon watch specifically 11 AM. During this time, the last rum was served aboard the British Royal Navy ships. Before the auctioning of the last 1000 bottles auction, the Original Royal Naval Rum Tot was served only at state functions and Royal Weddings (British).

See also  What Goes with Sushi?

The legendary rum has a romantic history that stretches back three hundred years. A standard tot of Original Royal Naval Rum Tot consists of an eighth of a pint of rum. This has over 50% ABV, 70cl/54.3% and is traditionally considered – overproof. The nose of the rum is full of blackberries, oak, and dark chocolate but with similar characteristics to the Pusser rum but way better. It has an exceptional taste and you can detect the following notes – coffee, tobacco, oak, dark chocolate, coffee, and blackberries.

The 50-year-old Appleton Estate was released in 2012 in honor of Jamaica’s 50th celebration of independence. As a limited edition, the rum is rare and has been aged in oak barrels for 50 years finally giving it a decadent flavor. The oak barrels were hand selected and today, the 50-year-old Appleton Estate is believed to be the oldest rum in the world to have gone up for sale.

Distribution of 800 bottles was done to mark Jamaica’s 50th celebration of independence. What you ought to know is that the bottling of the 50-year-old Appleton Estate was planned way before even Jamaica got independence from the British in August 1962.

Thanks to special blending techniques used by master blenders, the rum is of historic caliber. It has a wide range of flavors that befit its 50 years of blending. The good news is that it does not have too much tannin. A crystal decanter was used to bottle the 50-year-old Appleton Estate and Glencairn Crystal in the UK produced it. It has a curvaceous shape just like the Appleton’s vessels. The cork and brass stopper have a gold finishing.

See also  How To Clean Tuna

In 1780, servants of the first Earl of Harewood, Edward Lascelles distilled and barreled rum which later was shipped to the Earl’s home in England where it was bottled and stored in the cellar. For 231 years, the rum remained undiscovered until David Lascelles, the 8th Earl of Harewood and a first cousin of Queen Elizabeth II discovered the stash.

As a result of the extended aging, the rum was able to fetch the following price during the auction – $10, 667. When the rum was discovered in the family mansion cellar, it was covered in mold and spider web. It took several hours for servants to clean the bottles before they were auctioned. The bottles were made from hand blown glasses and the rum was auctioned at Christie’s making history as one of the most expensive rum to be auctioned at that price at the time.

There are reports that David Lascelles gave the money from the sale of 12 bottles back to the Caribbean people via the Geraldine Connor Foundation as reparations.

As the second most expensive rum in the world, Legacy by Angostura is a special blend of seven of the rarest and finest rums. Each of the rare and fine rums has been aged for a minimum of 17 years. They were selected from a collection of 80,000 casks. After blending, the final product – Legacy by Angostura- has some floral notes with bruised tropical fruits. In addition, it has the following notes too – honey, clove, vanilla, hints of roasted coffee and strong oak.

See also  What are Macadamia Nuts? Discover Benefits and Everything You Need to Know

The aftertaste is spicy, has nutty flavors and a taste of dried fruit (sweet). Legacy by Angostura is bottled in a crystal decanter which is inspired by an original 1930s Art Deco design. A British jeweler, Asprey, made the crystal decanter. Final touches on the crystal decanter include a sterling silver topper. When shipped, it’s packed in a handmade wooden case lined with velvet and silk. On the outside, it’s covered with soft leather.

At the top of our Most Expensive Rum (Top 10) list is the 1940s J. Wray & Nephew priced at $54,000. J.Wray & Nephew was founded as “The Shakespeare Tavern” in Kingston, Jamaica. John Wray opened it in 1825. Over the next 50 years, the company grew steadily finally becoming a successful venture. In 1860, Charles James Ward, Wray’s nephew joined the business. As a dynamic and gifted entrepreneur, he was able to transform the company. After the passing of the founder in 1870, Charles James Ward continued to run the business making it one of the best commercial businesses in Jamaica.

The 1940s J. Wray & Nephew was distilled for 70 years before being bottled and distributed in the market. Each bottle is priced at $54,000 and only less than four bottles are remaining.