Don't believe the hype against electric stoves. They don't suck and they're no worse than gas stoves at all. We bring you the lowdowns on why we think converting to electric can be smart. 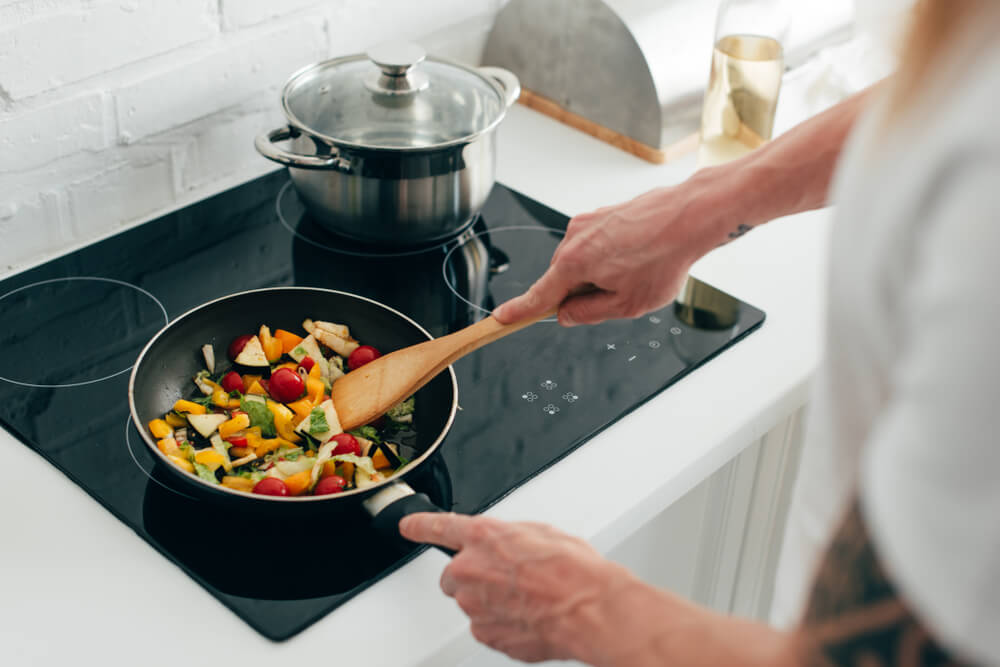 Have I ever got a hot take incoming (get it? We’re talking about heating elements, after all!) for ya: just like how I grind my teeth at the constant fawning over pre-war apartments by people who don’t live in units that have walls like crackled vinyl pants that had too many nights at the club, I feel the same about gas stoves. To hell with these outdated hunks of garbage that are SO one errant piece of macaroni from accidentally blowing up the entire building.

When my sister bought her house and it came with a shiny glass component above the oven that contained an electrical stove, I oohed and ahhed over it as I glumly thought about the shitty stove and oven that didn’t even work in my first apartment. After getting a functional unit upon relocating to the fourth floor, I still cursed this thing upon burning myself numerous times. Throw in the lack of dishwasher and the thrall of starting a company after finishing my primary’s thesis,  and it’s safe to say I never bothered to cook in that dump if I couldn’t toss it in the microwave or toaster oven. I tried for a while but between the lack of pest control, wasting my life washing dishes, and that loathsome gas stove, it just didn’t seem worth it for just me. Feeding my toad requires no cooking, and I don’t live in the land of literally 20,000 restaurants for nothing. There’s literally something for every taste and budget here.

Upon expressing my lament for the same electric stove my sister had, people admonished me for not being happy with said stupid fucking gas stove.

“Gas stoves are so much better!”

Then I remembered that everything I was warned would happen with freelancing/having my own business (“You’ll be stressed and broke all the time!” and “But isn’t that unstable?!”) was actually what happened to me when I was a professional resume-submitter and the brief stints I had these jobs that sucked harder than an Oreck. So I suspect that once again, I’m right and the general consensus is wrong about this particular thing. YOU PEOPLE LIE. ELECTRIC STOVES ARE THE SHIT. I still want one! 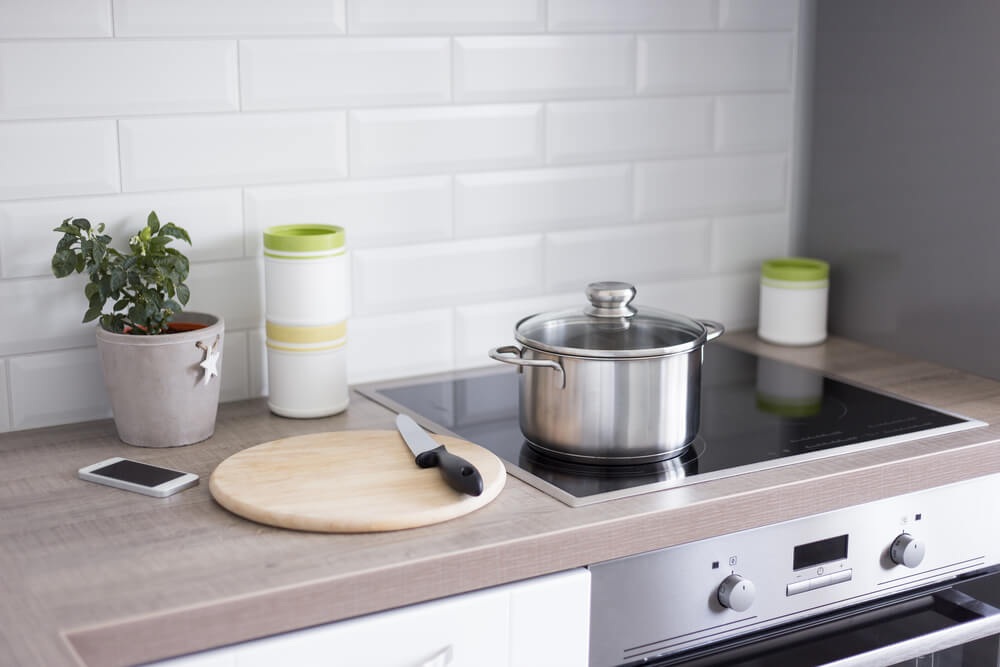 Oh, that gorgeousness. I want the whole kitchen it comes with too, but I’d be happy with just the electric stove.

Making your typical thimble-sized NYC kitchen work requires the kind of stunt performance that should land you a SAG-AFTRA card. You should get additional hazard pay if it’s a shitty old building that never got anything updated. You should get double time if you’re disabled.

So, the only reasons I haven’t bothered to tear out my gas stove to replace it with an electric one are the following:

That fifth one isn’t an issue if you don’t live in an apartment building, or dwelling governed by a condo or co-op board. But the replacement process definitely isn’t easy or cheap, although it’s on the low end compared to many major home improvements: an electric stove by itself is about $660-700, according to Fixr. Converting from gas to electric can run about $350-400 based on estimates from Angie’s List to add a new electrical line. This is because while gas stoves require both gas and electricity to run, most gas stove models only need a 120-volt hookup while an electric one is likely to need 240-volt.

This also doesn’t factor in costs involved in safely tinkering with the gas lines and disposing of the old unit. Like the fridge saga, I do not know HOW this hulking beast got inside this kitchen. I do not want to know. I’m just gonna leave it there for the next owner to figure out if I wind up making an exit, while I hope to hell my next place has an electric stove.

Why Are Electric Stoves Better than Gas Stoves? 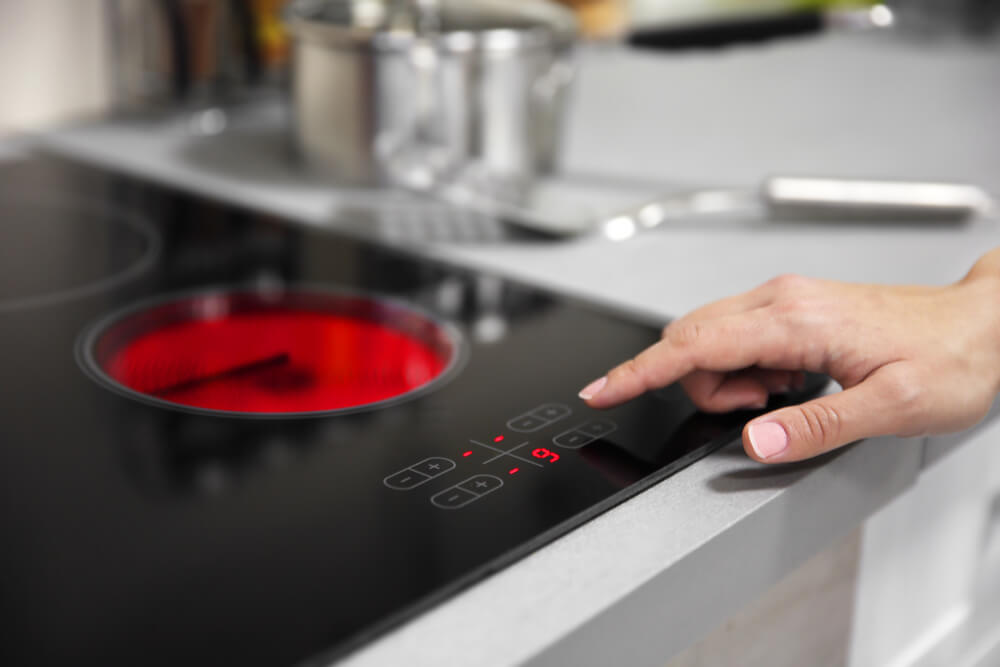 First, it’s the cost alone. A median price of $680 or thereabouts is far less than what gas ranges sell for, which can be on the low end for about the same price while more robust gas ranges sell in the upwards of $900-1,300. The only advantage the gas range has is that they can be a little more durable, and most people just end up with them for the same reason I did: it’s there when you move in, and probably not in your immediate home improvement budget or even down the line because it’s just too much of a disruption and potential safety risk.

Speaking of safety risks though, that’s the chief appeal of electric stoves. If you’re absent-minded, accident-prone, or just like to leave your pots, pans, and bakeware where you can easily reach them, an electric stove is a dream. When it’s not in use, you can just put things on top of it like a countertop. How many fires have started because a roll of paper towels got loose and wound up on the stove?

And they’re so easy to clean! A few swipes and you’re done. Gas stoves are the bane of my existence because you have to be so careful with food and water that accidentally splashes over the sides, food falls down the holes, and they’re just designed worse than E.T. for the Atari 2600.

Then there’s the smell. I see countless posters on the subway from Con Ed about what to do if you smell gas. I fucking HATE the smell of gas. Like it makes skunk stench seem like a Bath and Body Works candle base in comparison. Unlike a smell such as eggs or some other food, where I just despise the scent because I find the food unappealing, gas is a fear smell. I’m trying to just boil water for tea, and now I get to panic about a gas leak killing me and my neighbors? Great. 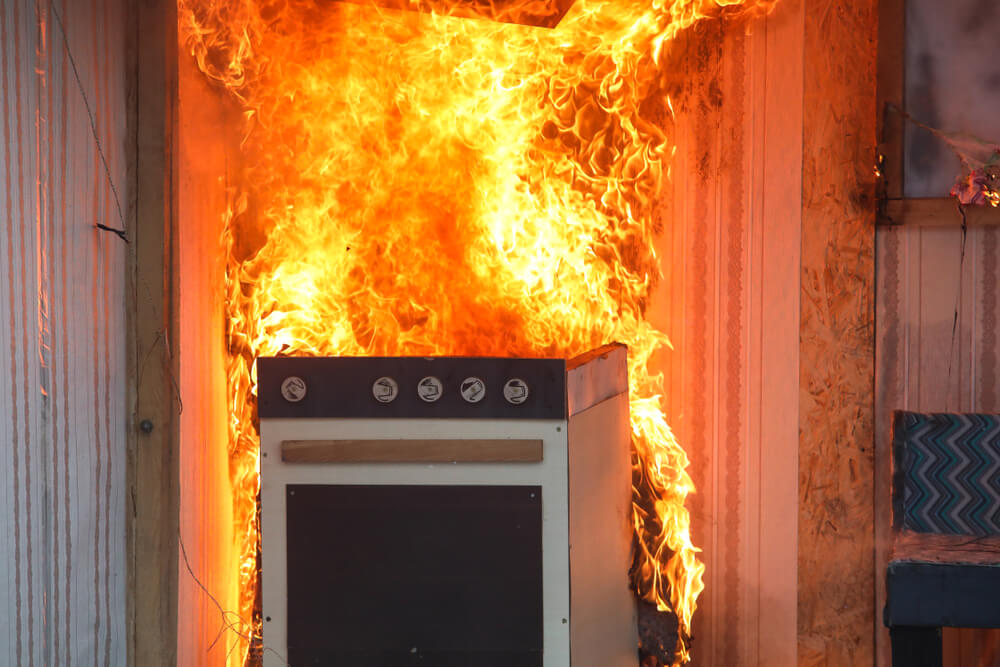 This image alone should be driving sales for electric stoves. I’m surprised gas ones still outpace them!

You don’t have that with electric stoves. They are beautiful and blissful devices for this reason. So if you’ve got kids, seniors, or anyone with compromised motor controls or executive function in your household– an electric stove is going to give you peace of mind like nothing else.

The only real con is that they can be more expensive to run. If you cook a lot, your electric bill is definitely going to be higher. But if you don’t cook that much, you probably won’t see much of a difference. And if you’re cutting energy through other means like a smaller fridge, energy-efficient windows, switching from window AC to central (sadly, something I can’t do in a shitty old apartment building), and sundry, it’ll probably all even out. But I get that it’s definitely a different story when it’s a single person or a couple cooking 3-4 nights a week versus a family of four that will be using it a lot more. 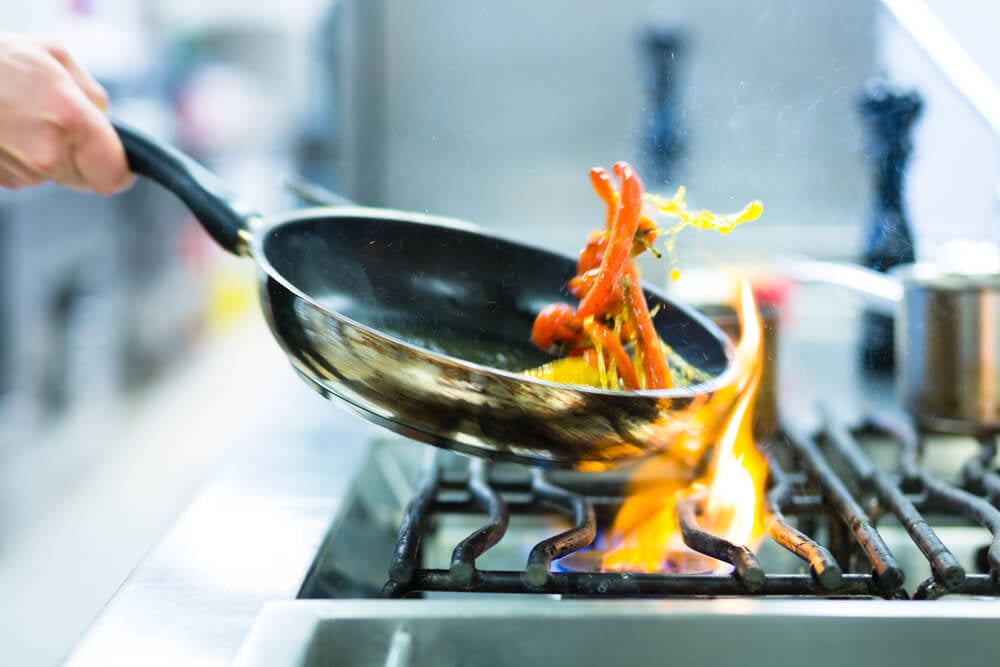 People say that electric stoves cook unevenly and take longer. But I think that’s not true, and it ultimately depends on the stove model as well as what you’re actually using to cook.

Like I don’t see how it’s saving me time when only two burners on this stationary fire hazard even fucking work. So I stick to the one burner in the front that actually works, and find that the one in the back that works isn’t much better. I don’t see the hype in how they cook faster and more evenly when that was NOT my experience.

I tried making grilled cheese, stir-fries, and sauteed veggies in both a cheap-ass pan (that was likely a factory second) I got at Marshall’s and a really good pan and got similar results: stir fry was edible, but some pieces were cooked more thoroughly than others. The sauce came out pretty even once I popped in the blender. The grilled cheese was nothing like the fluffy dream I get at the local diner, that shit burnt on the outside and was lukewarm, barely melted in the center, while one side got buttery and the other was drier and more tasteless than a Ricky Gervais set.

While I do not profess to have the cooking prowess of a Food Network host, I can definitely make things better than the boxed slop I had growing up. They came out fine at my sister’s place with the electric stove and edible enough when I made them at a friend’s house with a slightly newer gas stove.

Either way, I don’t believe the hype that electric stoves cook worse than gas stoves do. That ultimately comes down to the quality of your cookware, skills, and what you’re making. I’ve made gourmet shit Gordon Ramsey would’ve fapped to in my toaster. The electric stove isn’t ruining anything, come on!

So yeah. Think about the potential cost savings in sticking with gas (gas is free where I am! Included in my condo maintenance while electric is paid by the owner, so that also factored into my decision to keep the Threatening Gas Beast for now) versus converting to electric. And if you already have an electric stove, keep that beautiful thing so you can use it as a countertop when you’re not cooking. At least you won’t set anything on fire if paper towels accidentally collide with tonight’s dinner.