James Dyson is the man behind many household appliances such as vacuum cleaners, fans, heaters, humidifiers, hand dryers, lighting and many more. Discover 25 interesting facts you probably didn't know about him and his inventions. 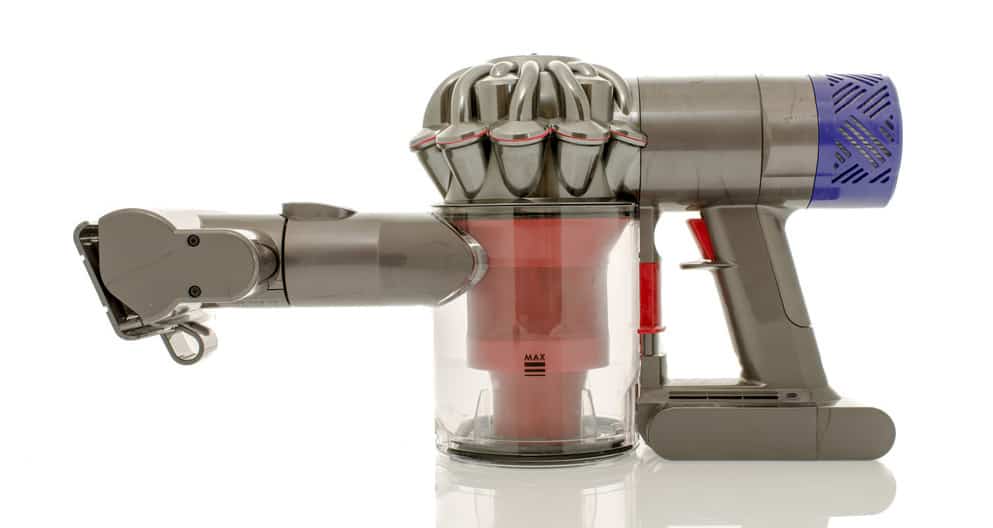 My wife and I have a Dyson vacuum. It’s an upright cordless model. It works well. It’s loud, but it does a good job. I wish Dyson would set his sights on a noiseless vacuum. We’re not as enamoured with it as we thought we’d be, but don’t regret getting it either.

This article isn’t about my wife and me; it’s about Sir James Dyson. It’s a lighthearted write-up setting out interesting facts about the man, his past, accomplishments and his company. While overall I salute Dyson because he has a knack for creating products that people are willing to pay more for, I totally get this article that bashes him quite a bit … perhaps it’s a bit facetious? I don’t know. You be the judge.

James Dyson is arguably one of the greatest British investors ever. He’s an industrial designer and the founder of the Dyson company. He is commonly known as the creator of the Dual Cyclone bagless vacuum cleaner. It’s rare these days outside of the tech arena that someone comes along and totally disrupts an industry with a revolutionary new product. That’s exactly what he did with the vacuum.

James Dyson isn’t your ordinary entrepreneur, there are many interesting facts that you probably didn’t know about this interesting gentlemen.

What exactly is James’ MO?

It’s pretty simple actually. He takes existing products and makes them better. “Better” is up for debate I suppose. He sells a ton of stuff and so it’s reasonable to suggest that he actually does improve products. Not only does he sell a ton of them, but he’s able to fetch higher prices.

He’s a great marketer as well. I think his marketing genius is underrated.

Do you care about his background? Maybe you do. I don’t really, but what would an article like this be without this info. James Dyson is the third child in a middle-class family where he was raised in Norfolk, Britain. He was born in 1947. Both his parents were teachers. Sadly, his dad passed away when he was nine. That’s a tough thing for any kid. Ultimately, James Dyson wedded Deirdre Hindmarsh in 1968. They have three children.

2. Got his start designing the Rotork Sea Truck boat

While studying at the Royal College of Art, he was offered a job to design the Rotork Sea Truck. This workhorse of a boat can travel 50 mph while carrying a 3 tonne load.

3. Goes out on his own with the Ballbarrow invention

In 1974, he invented the ballbarrow, which is essentially a push cart with a ball wheel instead of a regular wheel. What problem was James solving? A big one actually. He wanted a wheelbarrow that wouldn’t get stuck in mud which required a wheel with larger surface area and wouldn’t get entrenched in the mud. The ballbarrow worked and it was a success.

4. Problem was… he lost his Ballbarrow company

When he invented the ballbarrow, he needed money. He obtained a patent, but the patent was owned by his company which was funded by investors. Over time, as the company needed more money, Dyson’s share and control diminished until he lost control. Eventually the board kicked him out of the company and sold the company.

See also  Is a Stand Mixer a Good Investment?

5. Not to be deterred… he goes on to became a world famous inventor 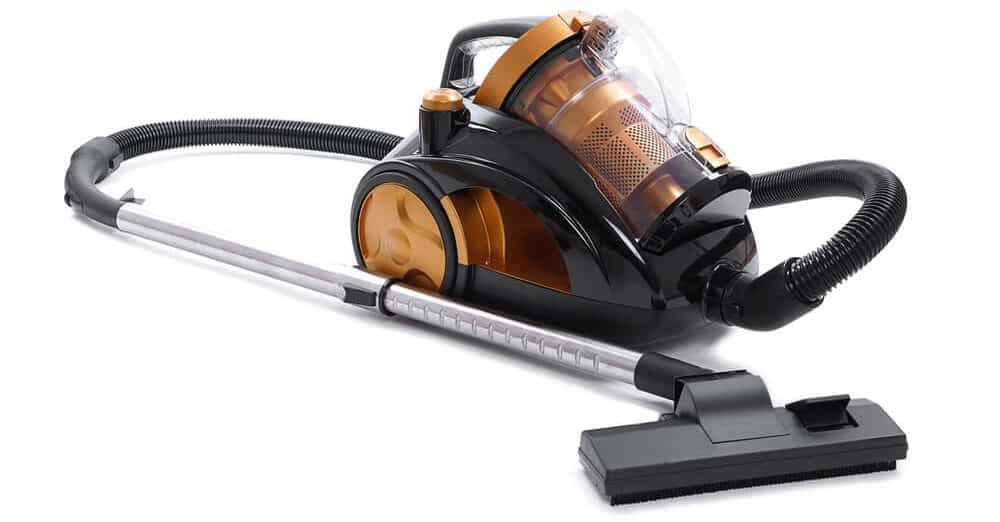 The cyclonic vacuum cleaner is what changed James Dyson’s life and transformed him into a famous inventor/businessman.

What problem was he trying to solve?

It was a simple and widespread problem. Pre-Dyson vacuums used vacuum bags that as they filled, lost suction power. This bothered him (or so the story goes… perhaps it delighted him because as an inventor he saw an opportunity).

Anyway, in his existing factory he used centrifugal force to separate paint particles from the air. He thought the centrifugal force concept could be applied to vacuum functioning. He was right, it could and he did it.

It took him 5 years and over 5,000 prototypes to arrive at a final product, which is a bagless vacuum that uses centrifugal force. Talk about tenacity.

As an aside, do you care if a vacuum has a bag? I have to say that emptying our Dyson without a bag is a hassle as well.

6. Dyson is NOT a public company – he answers to nobody

While James never told me the reason for not going public, I suspect he never took his company public as a result of getting ousted by investors in his earlier company. Who can blame him? Once bitten, twice shy. He maintains control and has nobody telling him what to do.

Imitation is the sincerest form of flattery (famous quote… I”m not so clever). But not in business. You imitate or copy a patented design, you are subject to getting sued.

While Dyson vacuums were selling big time, I guess Hoover decided it needed to catch up and came up with a bagless vacuum design. That’s all well and good until the Courts decided Hoover’s design infringed Dyson’s patent. Dyson won £4 million plus £2 million in costs.

But that’s not all.

Either in late 2017 or early 2018, Dyson launched a lawsuit against Shark. Dyson claims Shark misrepresented Dyson vacuums when claiming a particular Shark vacuum has greater suction strength. Dyson says no-way it’s true and so he sued.

8. He attributes his tenacity to his running prowess

All the while he loves to run

Some people are runners, some are not. My wife is a natural born runner, I’m not. It turns out, and this may be a little known fact, but James Dyson is a runner too. Look at him; he definitely has a runner’s body.

He attended Gresham’s School, an all-inclusive school in Holt, Norfolk, where he did long distance running at the school.

Dyson said “What I’ve learned from running is that the time to push hard is when you’re hurting like crazy and you want to give up. The moment you should accelerate is the moment you’re the most tired. The beginning of the final lap is the testing point, and so I found that to be in life. Success is often just around the corner. You might make a discovery. You might call it obstinacy or determination.” [source: Runner’s World]

In 2006 he became a Sir when he was Knighted in Honours for services to business. 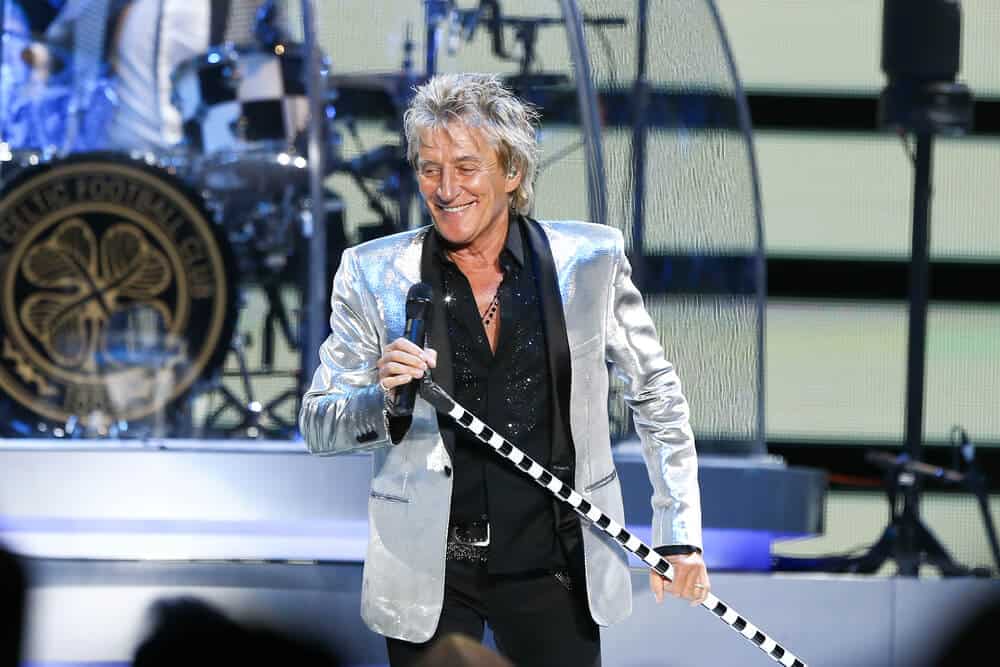 At the same time Dyson was knighted, another renowned Brit was likewise getting an honour at Buckingham Palace. Artist Rod Stewart, who has not been knighted, was granted the CBE – which means Commander of the Most Excellent Order of the British Empire – due to his music.

11. Dyson is the advertising pitch-man

During the time when the Dyson vacuum was hitting the American market, the normal vacuum cleaner would cost around $100. However, Dyson persuaded Americans that his bagless vacuum with the cool design, was worth three times the cost of other vacuums. He’s quite the salesman.

Dyson commercials are unique. They’re elegant, understated and get scientific. Check out the unveiling of the hairdryer… it really makes you want to buy one:

He also has a knack for getting a lot of free, positive press. He’s beloved in Britain and he’s able to leverage that into a ton of sales.

Marketing genius? I think so. You can’t deny he’s able to sell really well… but then he has good products. It’s a powerful combination.

13. He’s had flops since his famous vacuum

Nobody is perfect. Rarely does a company bat 100%. Dyson is no exception. His dual-drum washing machine was a flop and he stopped producing them in 2010. The problem was they cost way too much and people simply weren’t willing to shell out that much money. I guess people are happy with the quality of current washing machines.

14. But he keeps on inventing

If you use public washrooms, you’ve likely used a Dyson hand-dryer. I have. They’re sensor-triggered so you don’t have to hit a button. I like that. What I don’t like is how loud they are. They hurt my ears. Yes, they dry hands faster and turn off when hands are removed from the drying area, but the blast of sound is too much.

I wish he put as much effort into reducing noise as he does into other enhancements. If he silenced all of his inventions, I’d pay a huge premium for them.

At this point, money is meaningless to him. He can’t possibly spend all he’s earned. He doesn’t strike me as the type of guy who is a victim of avarice. He’s an inventor. He’s driven by making things better. If he makes a profit, that’s great. Nevertheless, all his success adds up to a hefty net worth which is estimated at around $5.4 billion.