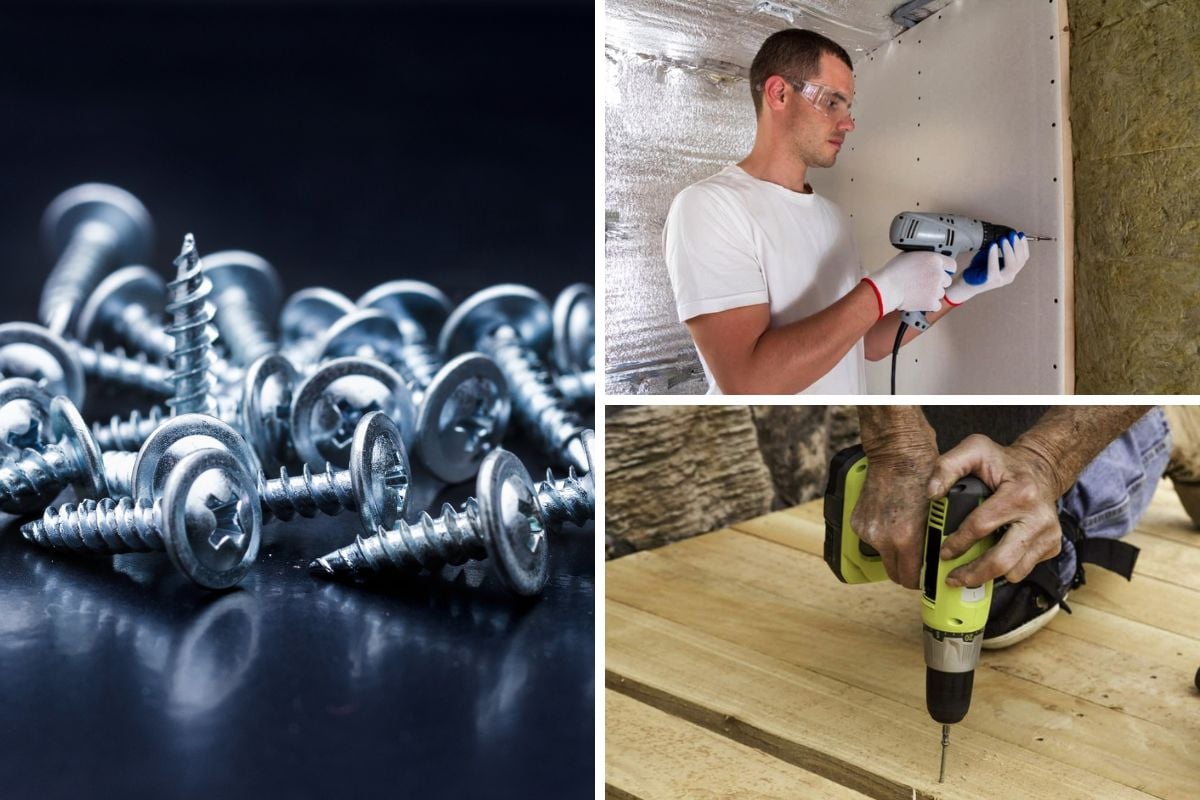 If you build a deck using the wrong screws, you could end up in a heap of rubble instead of sipping wine and schmoozing the neighbors. So, let’s get this right.

When you want to build something at home, the last thing you want to do is spend hours trolling through the hardware store figuring out what kind of screws to use. All screws have the advantage over nails — you can remove them and it’s easier to take them out and start over if you make a mistake.

For dismantling furniture or parts of a woodworking project, only screws will do. At the same time, it’s important not to grab the first box of screws you see and go home and get to work on your deck — there’s a specialized screw for decks.

Which are more popular?

Here’s a chart indicating the relative popularity of each type of screw: 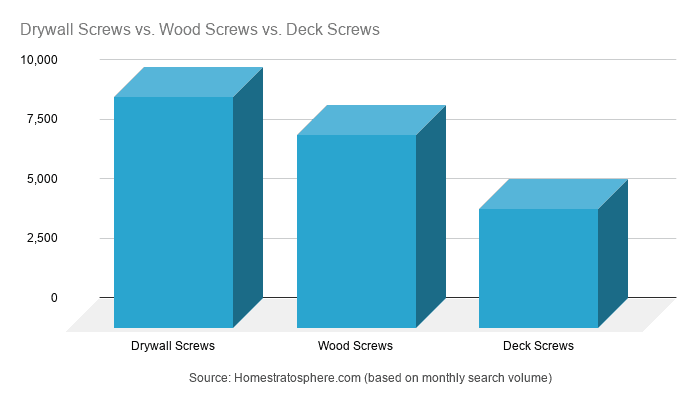 What Are Drywall Screws? 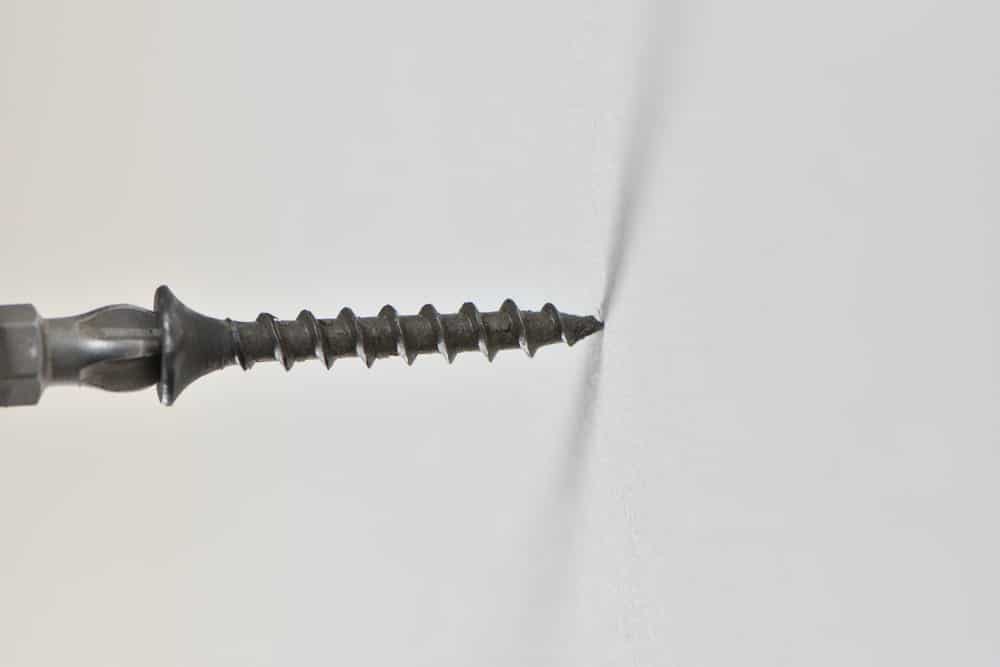 These screws feature a Phillips head. Most drywall screws have coarse threads to securely attach gypsum to the wood or metal post.

What Are Wood Screws? 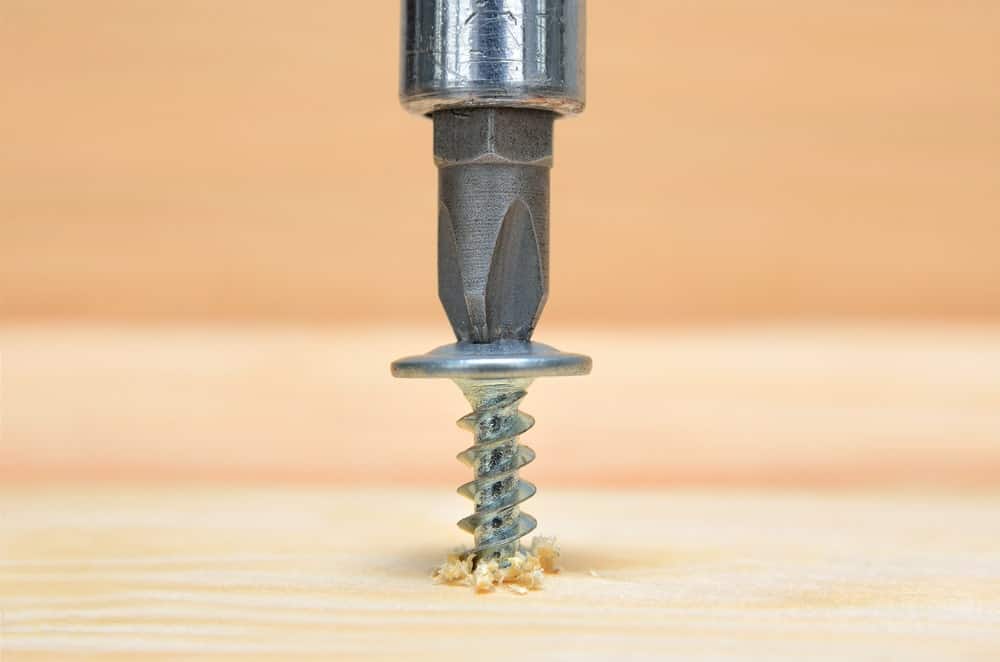 Wood screws join pieces of wood together. Wood screws come in handy when you have to attach hardware to a wooden component such as a cabinet door or door frame. First, a pilot hole is drilled to facilitate the unthreaded part of the screw.

These screws have tapered bodies and coarse threading. The upper part of the shank isn’t threaded; this pulls mating pieces of wood together. Thanks to special tempering, wood screws bend but won’t break easily. Wood expands and shrinks in different temperature and humidity conditions, so this is an important feature.

What Are Deck Screws? 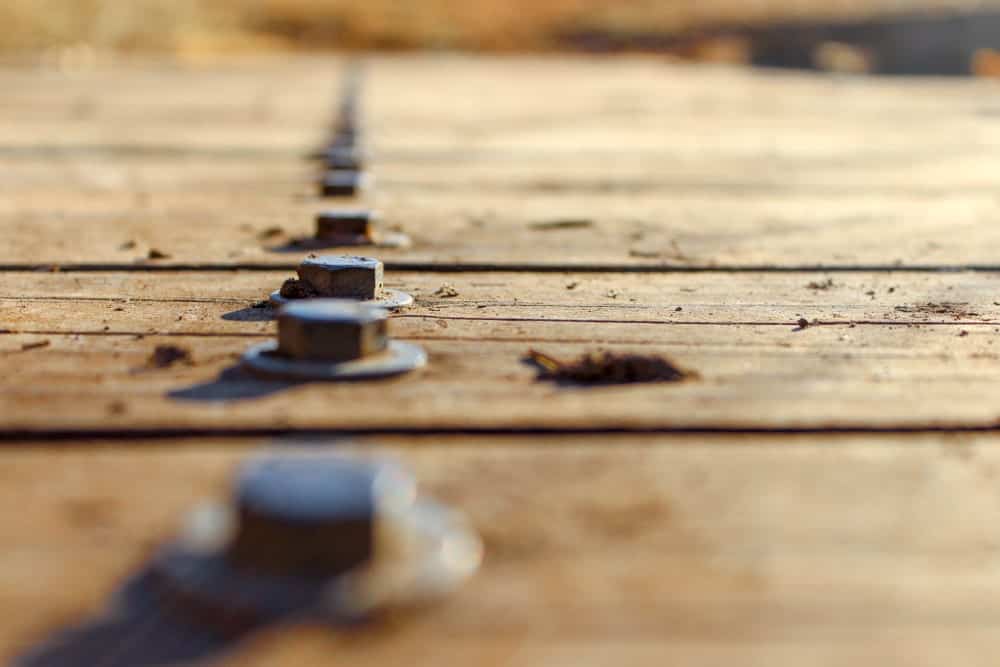 Deck screws have coarse threads, corrosion-resistant coatings, and sharp points, and they hold up well to outdoor use. Distinctive bugle heads allow deck screws to embed into wood without damaging the grain.

As per the name, deck screws secure pressure-treated lumber used in decks, fences and other outdoor structures. Most deck screws are self-drilling, self-countersinking, and coated with a rust-resistant material.

They a wide variety of shanks, which are widths and lengths. They have different kinds of drivers, which is the part on the screw head that enables a screwdriver to pierce and dig into the wood.

Here are some of the basic features of the different kinds of screws to help you understand how they are designed.

Wood screws come in a variety of heads that suit the driver used to install them and how the screw is being used. Phillips- and slotted-head screws Phillips or straight screwdrivers, respectively. Phillips and slotted screws have oval, round and flat heads.

Flathead screws countersink below the surface, so they are preferred for wood screws, especially when the hole has wood putty or a dowel in it. Oval head screws protrude above the surface and leave a more polished look, while round head screws create a decorative look.

Because they are usually spackled over prior to painting, drywall screws come with bugle heads set below the drywall surface. Contractors fill the holes with joint compound once the drywall is attached to the stud.

Drywall screws used for trim have flat heads and are installed with a Phillips head screwdriver or square driver. Deck screws and wood screws both have flat heads. However, deck screw heads have a larger surface area.

This gives deck screws a higher load capacity. Deck screws flare into a bugle shape, while wood screws do not. This means the deck screw won’t sink into the material and split the wood. On the other hand, wood screws can go all the way in. 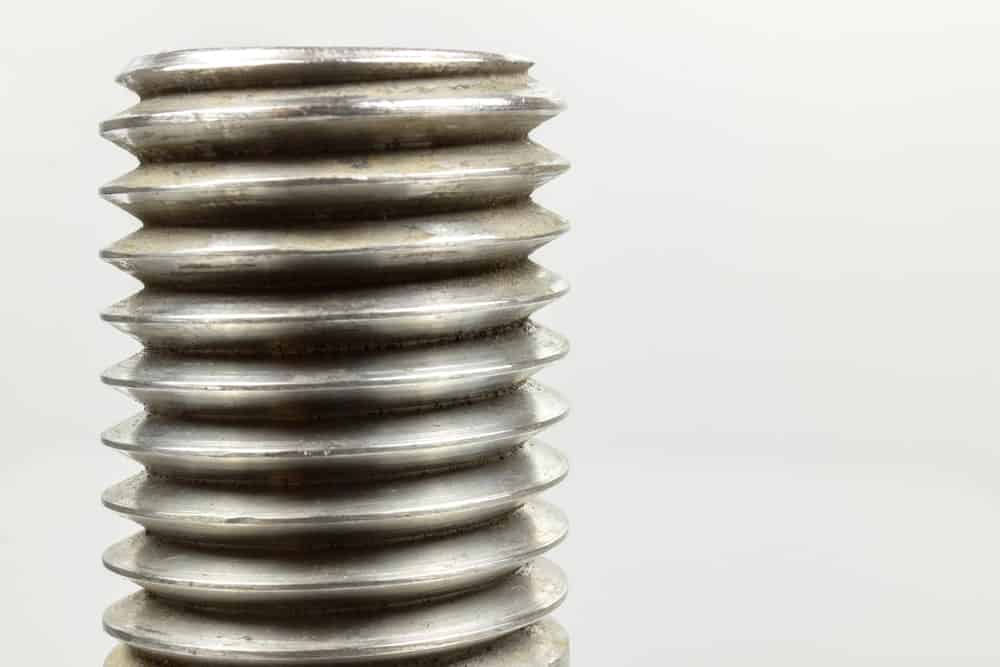 Looking at a wood screw, you can see that the threading doesn’t taper and is very sharp. This makes them more efficient. In comparison, deck screws have deep, sharp threading that cuts into the wooden boards when you secure them together. Deck screws provide efficiency and effortless bonding.

On the other hand, with fewer threads, coarse thread screws screw in quickly. Fine threads are self-threading and work well when you install drywall onto metal studs. Coarse threads can chew through metal without gaining proper traction. 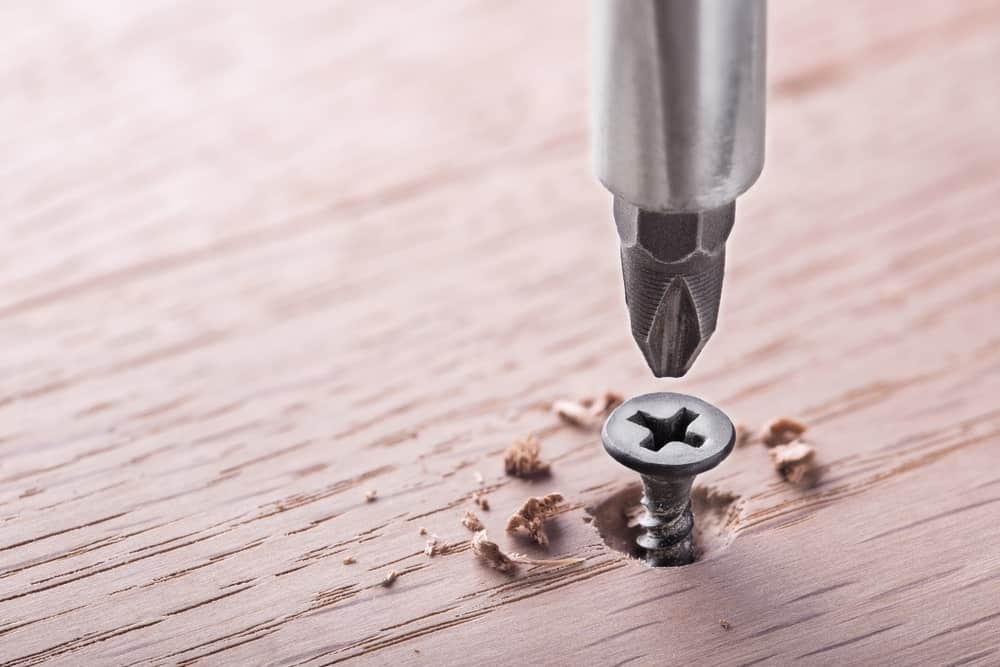 Deck screw shanks are designed to last a long time. They have tapered threading and sharp threads with an aggressive tip to puncture wood quickly and smoothly. This makes it easy to screw them in and secures the joined wood together, leaving no room for movement.

Wood screws have similar shanks as deck screws but with shallower threading. On wood screws, part of the shank isn’t threaded, so it can be hard to get all the way through the wood.

The length of a drywall screw varies, depending on the size drywall being installed. Generally, you go by the following guidelines:

Most manufacturers make screws out of steel. However, this won’t hold up to all weather conditions. Eventually, steel screws begin to rust, especially if installed in a wet, humid environment.

Deck screws are made of coated copper that’s resistant to corrosion or steel. Deck screws are used for a number of applications due to their resistance to rust.

Wood screws are typically steel, but there are also nickel, brass, bronze, and copper wood screws for when you want to avoid corrosion. Drywall screws are constructed of brittle, hardened steel. In fact, the shaft often snaps when screwed into hardwoods or other materials.

Wood screws are strong and ideal for projects where weight, wind or heavy traffic are a factor. Deck screws have great durability when the weather is a major factor since they have a coating that resists weather and corrosion.

Drywall screws are the most durable in terms of anchoring into the material. Whereas wood and deck screws are built to anchor into dense wood, drywall screws hold more securely in the loose gypsum of drywall.

Drywall screws can cost between two cents and eight cents per screw, depending on the quality, brand, length and diameter. Deck screws generally range between nine and eleven cents but vary widely depending on the brand, material and other factors.

Wood screws can range from eight to 18 cents depending mainly on length and material. Wood screws can be inexpensive from a project standpoint since they are often used for smaller projects. You don’t need as many screws as drywall projects or decks.

That just means a box of 200 wood screws may last a lot longer than drywall or decking screws that get eaten up fast due to the larger scale of deck and drywall jobs. 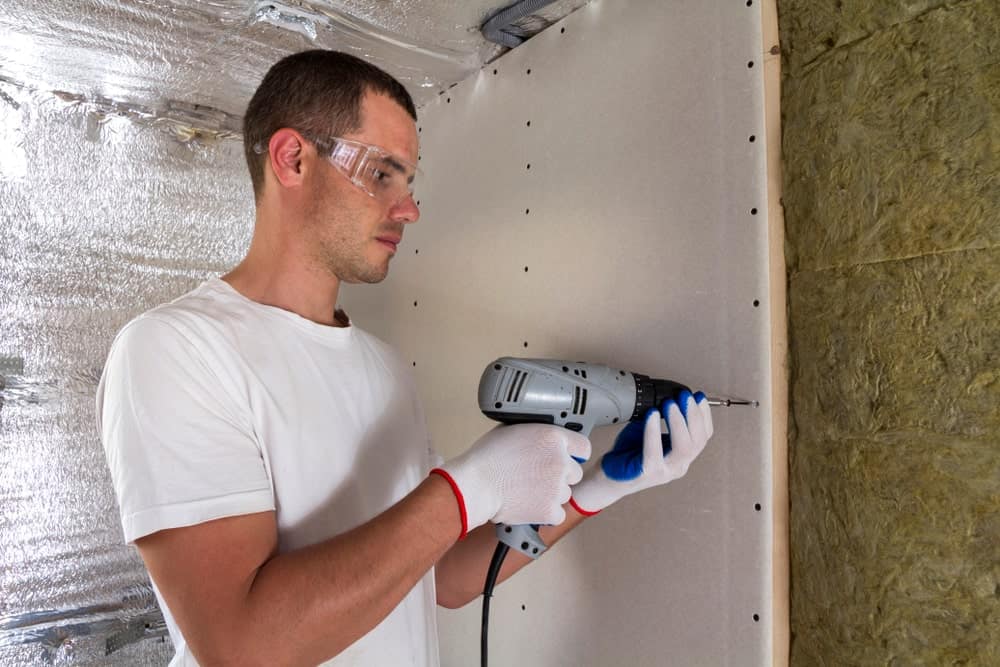 They can come loose over time and pop out, causing cracks and blemishes. Replacing the nail with a screw prevents a nail pop from recurring.

Before drywall screws were widely used in residential building, drywall nails were used to attach the drywall to the wooden or metal posts. This often caused circular bumps to appear as the nails protruded from the holes over time. Fortunately, drywall screws have replaced nails in both commercial and residential properties.

This is the most specialized screw and it’s important to use the right skills, especially if you live in an area with strict building codes. 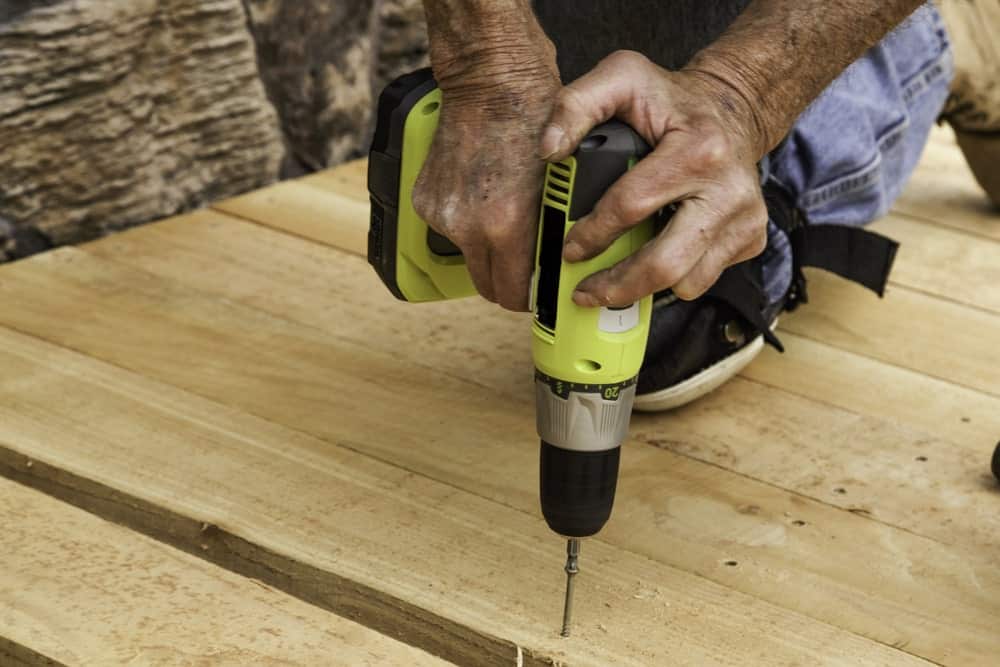 Choosing a deck screw depends on where you live and how long you want the job to last. In dry, warm areas, moisture isn’t as big a problem as in cold, wet environments. You can buy deck screws made in a variety of materials to suit your needs. Deck screws are the most weather-resistant screws.

Made of coated steel or copper, deck screws protect your deck and fence from the elements for longer-lasting finished projects. They are suitable for both soft and hardwood applications.

Here is the major advantage of deck screws versus drywall and wooden screws. Deck screws do not stress the wood, so you don’t end up with cracked, split and weakened areas around the fastening point. They are designed to be the best option securing a structure that will bear heavy traffic and weight over time. 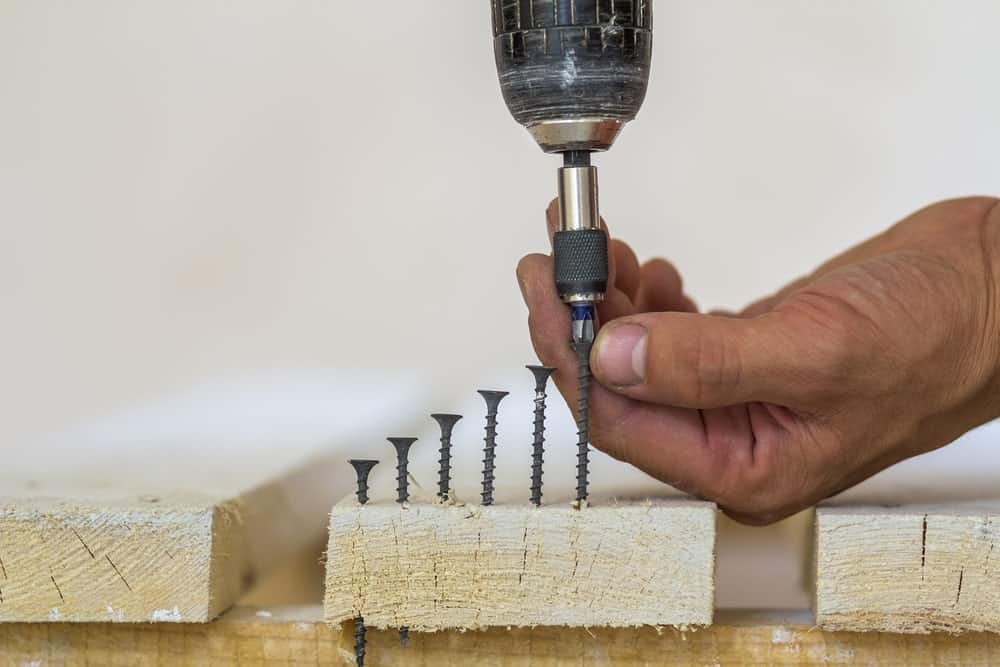 Wood screws are the most common screws used as mechanical woodworking fasteners. You can use them to fasten wood to wood. Wood screws have an immense clamping force to produce a very strong joint. If you’ve ever installed hardware, hinges,  and locks, the kit you used probably included wood screws.

Due to the unique design, wood screws are good at burying themselves in wood — they can even replace clamps. When the threads burrow into the wood, it creates torque between the two pieces being joined and the screw head.

Deven if the wood is warped or there’s a gap, wood screws pull the pieces together. Add glue to the wood before installing the screw to create a permanent bond. The screw essentially becomes a permanent clamp.

Wood screws are the easiest to install thanks to their sharp tips. The tip initiates the hole and penetrates into the wood so that the threading embeds into the wood easily. Unlike some other screw types, wood screws typically need no pilot hole.

They are also the most versatile screw. You can install them from any angle — upside down, in tight places and sideways.