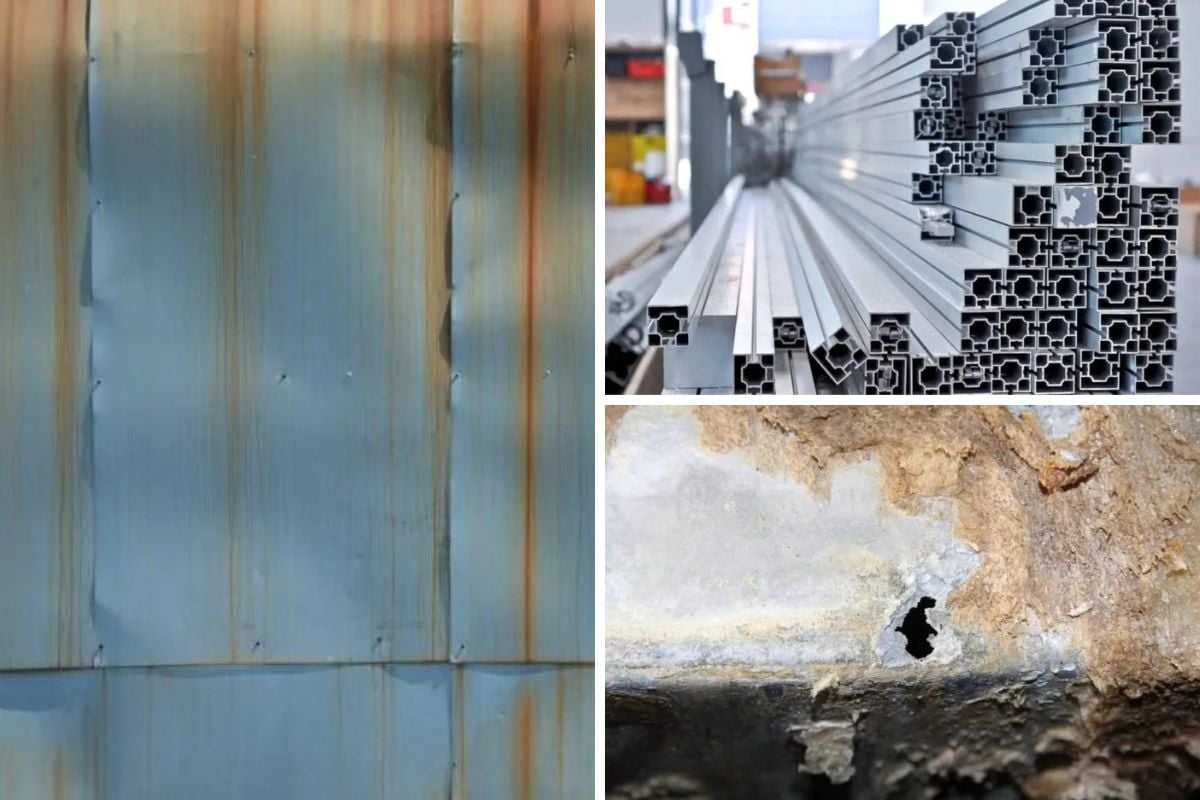 Yes, but chemically and technically Nope El D.  But fortunately, it can be prevented from its “rusting”.

During the Covid lockdowns, I turned to learning about trading metals online – l guess less as a way to pass the time than to avoid contributing to the spike in domestic violence. However, being one for detail and due diligence as I am, I soon found myself asking questions and researching more about the metals I was supposed to be trading than actually trading.

One metal that caught my alter-ego, El Dorado’s attention was aluminum. Being unfamiliar with this metal, while El D wanted to know about aluminum generally, he specifically wished to find out whether aluminum rusts and if so, how it could be prevented from rusting.

What’s above was my short answer to El D and what follows is what I researched and shared with him about aluminum.

Table of Contents Show
Yes, El D, aluminum does “rust”-but to better understand how and why it “rusts”, you must know that …
Let’s see…
And so, is aluminum’s good “rusting” or, more correctly, oxidation then preventable?
Buy the Best Aluminum From the Start
Painting It With a Solvent-Based Paint/Anti-corrosive
Modify Your Aluminum’s Surface Properties
Not Leaving It in Water
Keeping It in a Climate-Controlled Environment With Coastal Air
Frequently Asked Questions (FAQs) about aluminum
What are the benefits of aluminum over other metals?
Why is aluminum added to medicines, vaccines and cosmetics?
How does aluminum production impact the climate?
Does aluminum impair DNA?

Yes, El D, aluminum does “rust”-but to better understand how and why it “rusts”, you must know that … 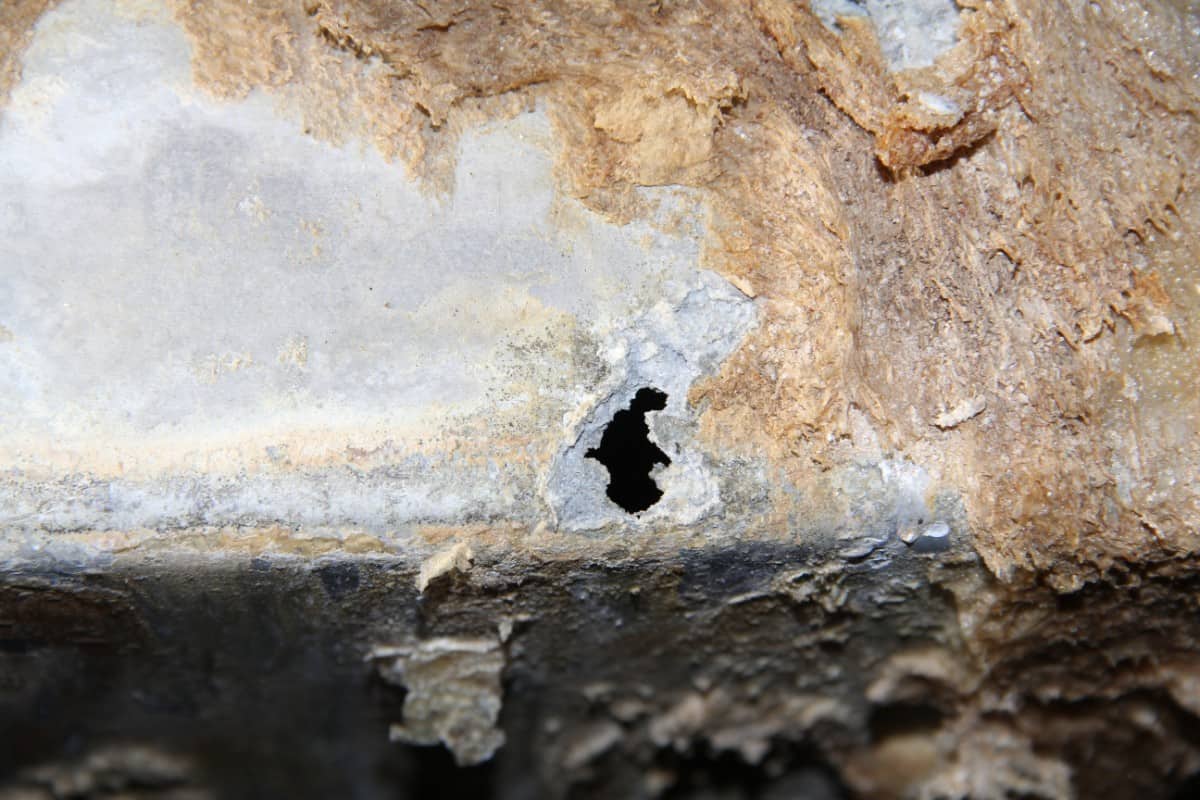 Aluminum (in American and Canadian English but aluminum in British and Commonwealth English), is a chemical element. It is the most abundant metal in the Earth’s crust, but it is not often found in its pure form. Aluminum has a density lower than that of other metals-approximately one-third that of, steel to be exact. Its chemical symbol is Al and has an atomic number of 13.

Interestingly, it looks very much like silver and even possesses a silvery whitish color as well as silver’s ability to reflect light.  In addition to this, it is soft, ductile, and non-magnetic-making it an excellent material for a variety of purposes. 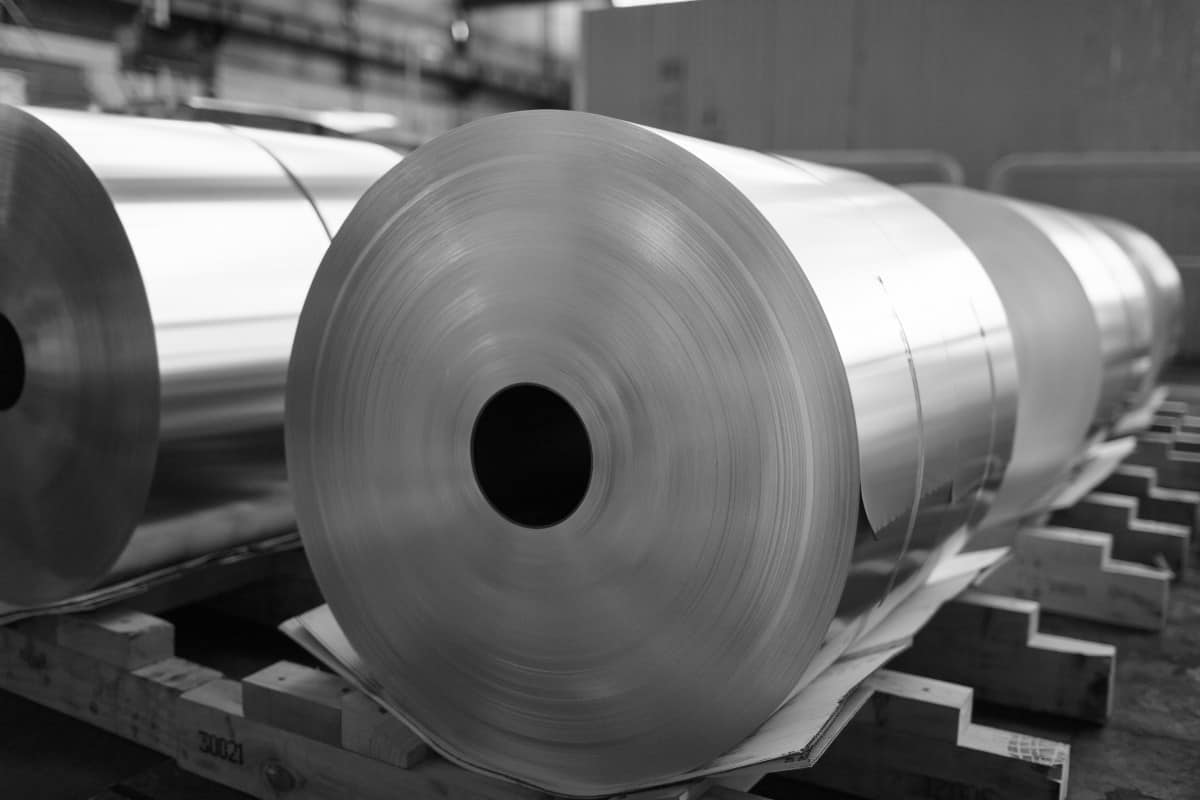 It is not too reactive with other elements, but that as it may be, however, because aluminum has a liking or attraction to oxygen which causes it to form a protective layer of oxide on its surface when exposed to air-it is this reaction with air to form aluminum oxide, that has been understood by some to mean that aluminum rusts. But is rust the proper word for it?

While the terms rust and corrosion are often used interchangeably,  they’re not the same. Corrosion is “a broad reference to the wearing away of metal caused by a chemical reaction.”On the other hand, rust is a type of corrosion referring “specifically to the oxidation of iron or steel caused by interaction with water or moisture”. So does aluminum corrode, or does aluminum rust?

Essentially, aluminum doesn’t contain iron or steel, so it doesn’t rust – but it is chemically prone to corrosion when exposed to weathering and atmospheric oxygen. The process of aluminum corrosion is known as oxidation. The resulting aluminum oxide is a thin, hard layer that actually protects the metal from further corrosion.

As such, yes, aluminum does oxidate-what some have misunderstood or seen as “rusting”- just in a different way to that of steel and iron rust. This is largely because just as steel forms iron oxide (i.e. aka rust), it forms its “own kind of rust” but one called aluminum oxide. The only difference between the two “rusts” lies in the chemical makeup of these two oxides-or rusts. 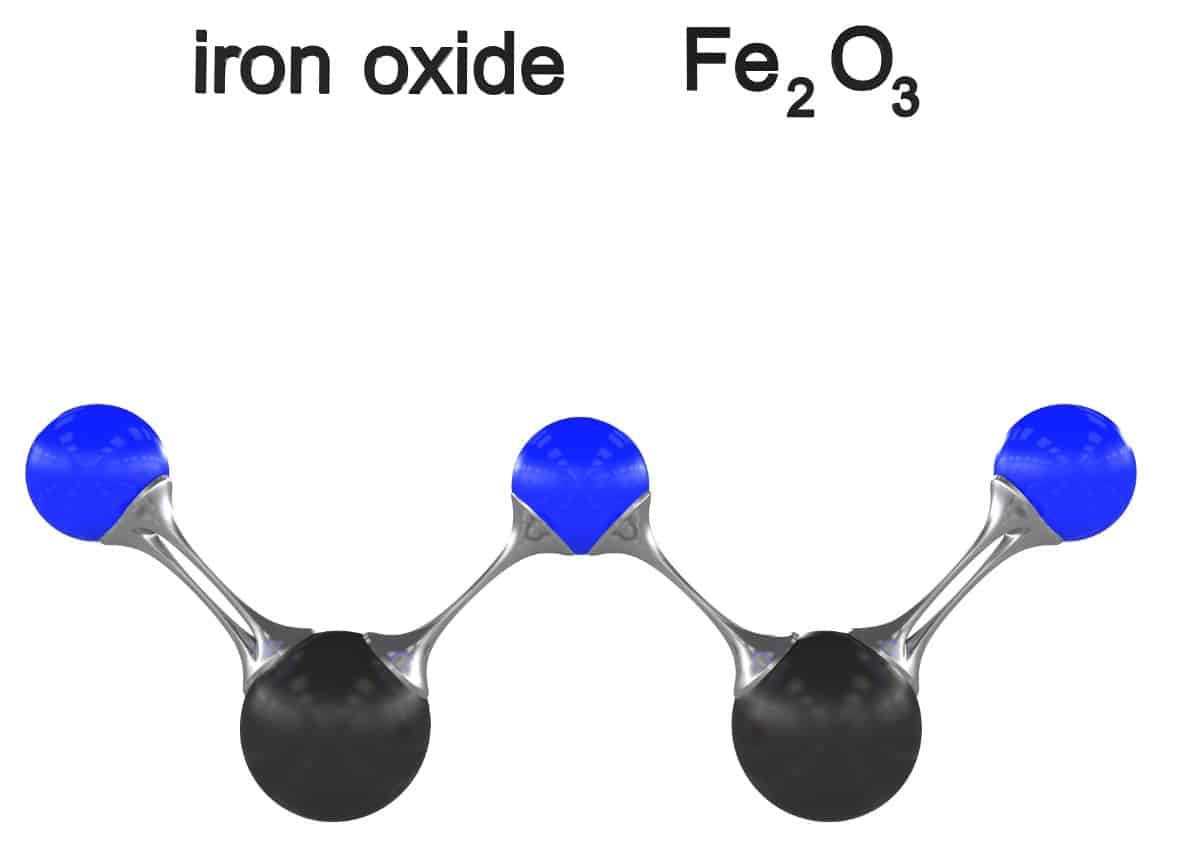 Unlike aluminum oxide, iron oxide (iron-kind rust) is a soft red-colored metal that begins rusting iron by first expanding and then flaking off as it is chemically changed. This rusting process “exposes more of the underlying steel or iron to the air and the process continues until the metal is completely transformed to iron oxide”-total rust. 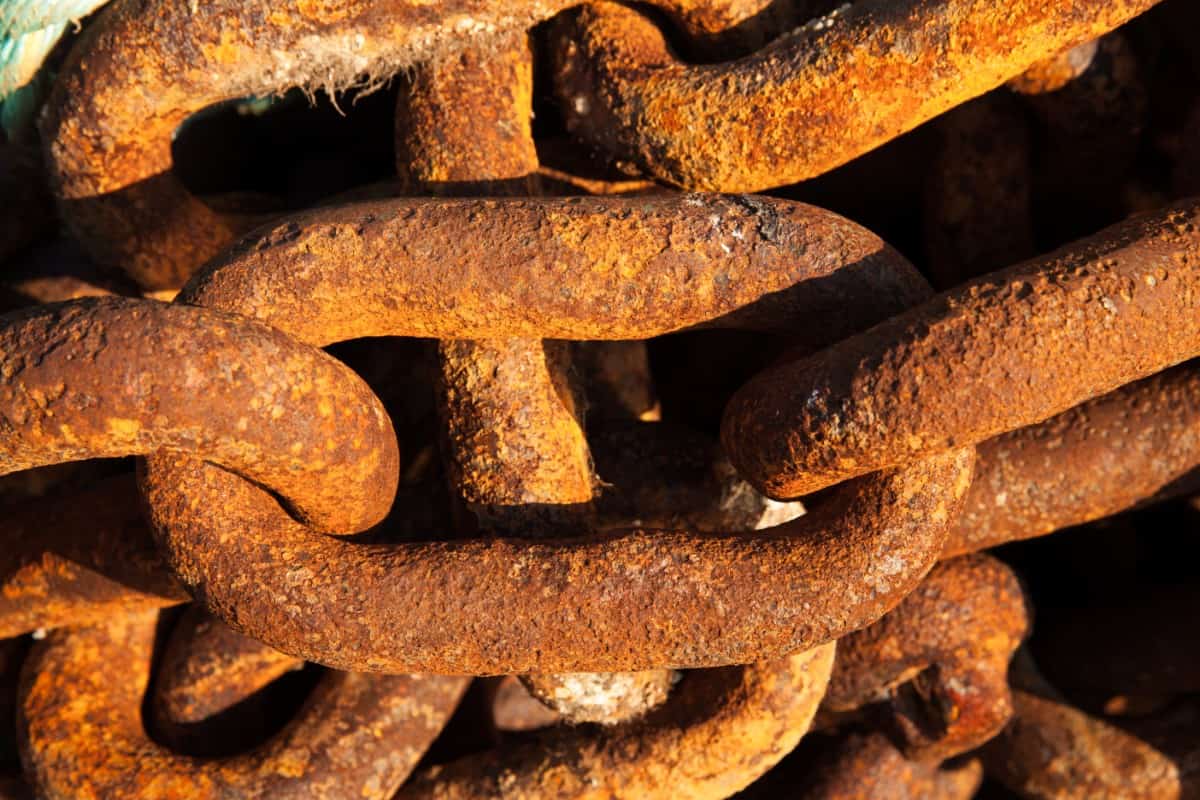 Aluminum oxide, on the other hand, is similar but different at the same time. It is similar in that it is also caused by the metal’s exposure to oxygen in the air or water. However, unlike iron oxide, aluminum oxide does not proceed to destroy the aluminum by breaking it down-as does iron oxide to iron.

Instead, aluminum oxide is “actually quite hard and serves as a protective coating around the underlying aluminum. It doesn’t flake off like iron oxide”. As such, once the outer layer of the aluminum “rusts”,  the process stops and leaves the aluminum protected.

Add to this the fact that aluminum oxide is a grayish color- similar to that of aluminum, then you are unlikely to even notice that your aluminum has “rusted”. 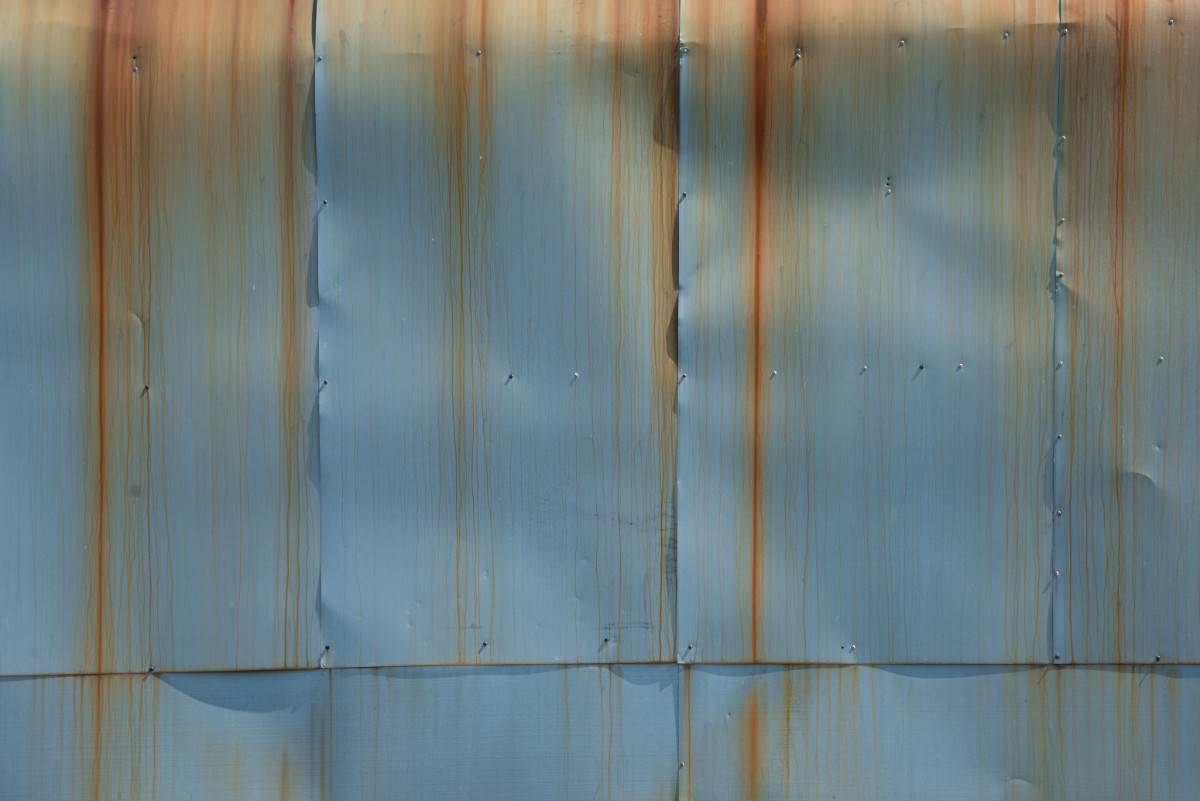 Nonetheless, while aluminum does, but doesn’t technically and actually “rust” per se, it can be said, in comparison to iron rusting, aluminum rusts in a good way. The reason being, that the aluminum corrosion process is actually stopped by oxidation. Interestingly, “the metal won’t continue to deteriorate unless the aluminum oxide is removed.”

And so, is aluminum’s good “rusting” or, more correctly, oxidation then preventable?

As with most things under the sun, absolutely. You can prevent your aluminum from rusting by taking the following preventative measures….

Buy the Best Aluminum From the Start 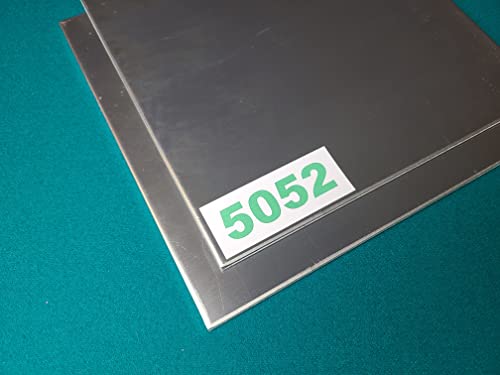 Depending on the type of aluminum, the finish, and the environment surrounding the aluminum, aluminum oxidation will occur at different rates. FIY,  Aluminum 5052, is sometimes called “The Hulk of aluminum alloys” because of its durability and excellent corrosion resistance. However  Aluminum 3003, the most widely used of aluminum alloys is also a relatively good resistor of corrosion.

Painting It With a Solvent-Based Paint/Anti-corrosive 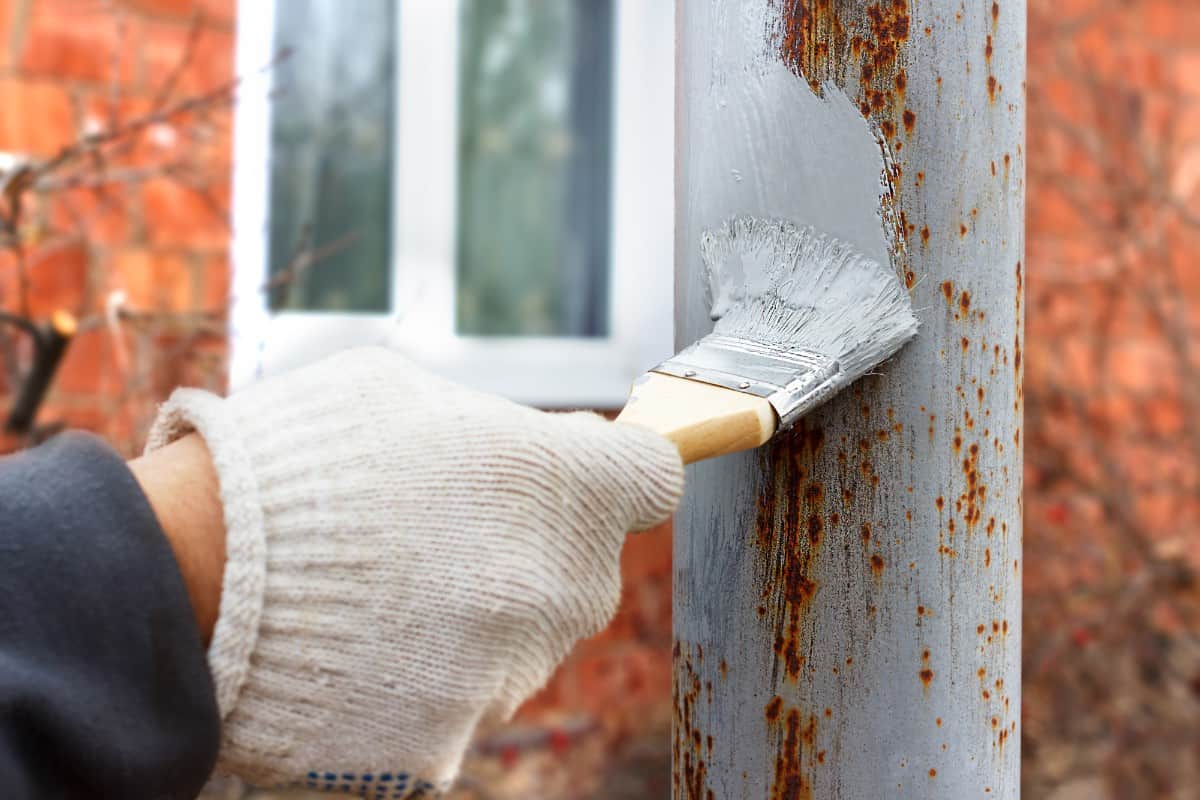 Paints serve as a protective coating for just about everything from air, water, and moisture. However, for purposes of rust prevention, it is advisable not to use water-based paint.

Equally, ensure that there is no pre-existing rust on the aluminum before preventatively priming and painting your aluminum for longer rust prevention.

However, please note that protective paints give off fumes, so don’t work in a closed area. Either take the piece outside or open all the windows in the room you’re working in.

If coatings of lacquer and paint on your aluminum are not enough, you can also change its surface properties by “applying chemical conversion coating, cladding, powder coating, or boehmite coatings”

Not Leaving It in Water 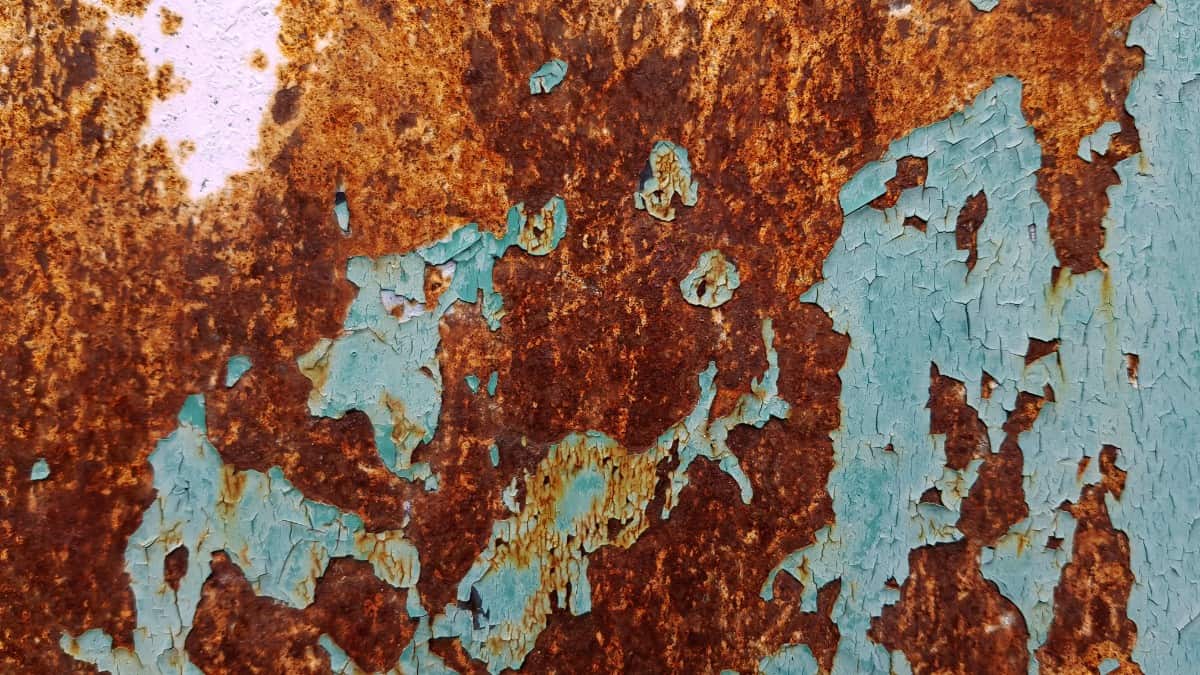 While aluminum can make contact with water, as with iron, the danger is in having it covered in water for prolonged periods.

Keeping It in a Climate-Controlled Environment With Coastal Air

Storing or keeping your aluminum in an environment where humidity is low or “indoors in a more or less climate controlled environment which occasionally receives outside coastal air. Say within a half mile from the coastline”, reportedly prevents aluminum from rusting.

What are the benefits of aluminum over other metals?

Aluminum is lightweight and can be manufactured into many useful products. Among its many useful benefits, aluminum can be recycled cost-effectively, increases the fuel efficiency of cars and airplanes, is a good conductor of electricity, and does not corrode.

Why is aluminum added to medicines, vaccines and cosmetics?

Aluminum salts are effective anti-caking agents and might be added to anything where you are looking for a smooth and easily applied final product with no lumps, for example in sunscreens and sunblocks. Aluminum is the active ingredient in antiperspirants, effectively preventing the functioning of sweat glands.

How does aluminum production impact the climate?

Aluminum smelting is extremely energy-intensive. Manufacturers seek to move this production step to countries with low electricity costs. The power needed is generated mainly by hydropower or coal-fired power plants.

The hydropower dams usually lead to further extensive destruction of the rainforest and habitats. Dams also contribute to climate change through the methane that forms in their reservoirs when plant debris decomposes underwater.

New research demonstrates aluminum’s ability to alter mitochondrial DNA, which are the energy-generating power plants of the cell. Research is currently underway which will evaluate whether aluminum can cause increasing levels of genetic damage with each generation of exposure.