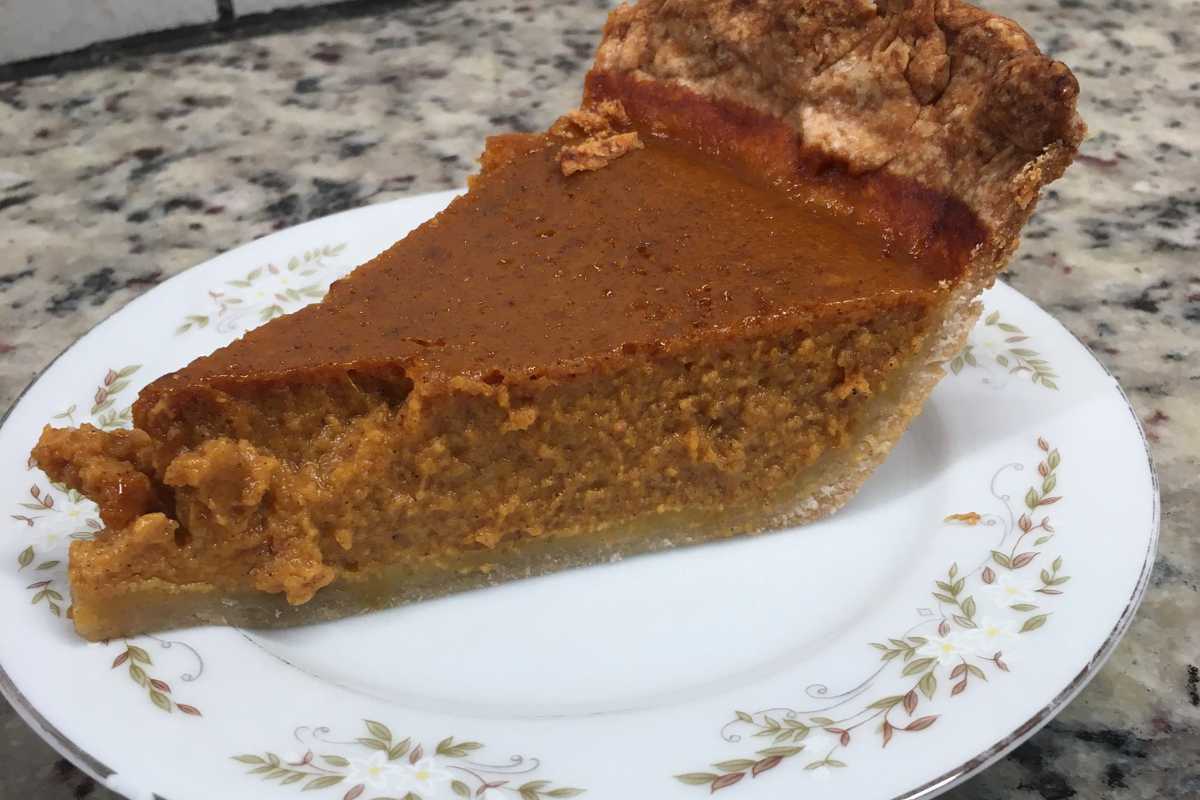 There is nothing like a slice of pumpkin pie to wrap up the perfect Thanksgiving dinner. Featuring the flavors of cinnamon, nutmeg, and cloves and the creamy, silky texture of pumpkin, our recipe for Deep Dish Pumpkin Pie is just what your family wants on their Holiday Dinner table. 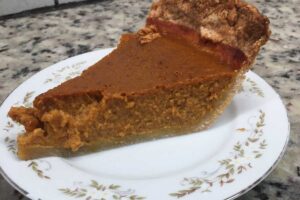 Pumpkin pie is an annual favorite. Pumpkins really come into their own in the fall, and many people get the grand idea of using a fresh pumpkin to make their own pumpkin puree for the many pumpkin flavored baked goods that are created during the holiday season. If you want to do this, it is pretty easy.
Print Recipe Pin Recipe Add to Collection Go to Collections
Prep Time 20 mins
Cook Time 1 hr 5 mins
Cuisine American
Servings 10

First, choose the correct kind of pumpkin. Although we all love the beauty of a large Jack O’Lantern type of pumpkin, these squashes do not make the best pumpkin puree. Smaller “pie pumpkins” actually work better. Take a knife and cut your pie pumpkin in half. Use a large spoon to scrape out the seeds and stringy membranes in the center of the pumpkin and discard them.  Next, line a large baking sheet with aluminum foil and place the pumpkin halves cut side down on the foil. Put the pumpkin in a 350-degree oven and bake it for 45 minutes to an hour. Remove the pumpkin from the oven. Poke the pumpkin with a fork and make sure it is soft all the way through.  Use a spoon to scoop out the pumpkin flesh from the skin and put it in a bowl. Use a stick blender or an electric mixer to mash the pumpkin flesh, mixing it until it is smooth and free of lumps. You can use this pumpkin puree just as you would any canned pumpkin in any recipe. Also, this puree freezes very well. You should put 2 cups of it in a freezer bag and press out all of the air before sealing it. Freeze it for up to three months. Thaw it overnight in the fridge before you need it.  One thing you should keep in mind. The taste and texture of “homemade” pumpkin puree isn’t all that different from a can of store-bought pumpkin. If you want to do this just for the fun of making a pumpkin pie from scratch, feel free. But you are not missing anything if you simply grab a can of premade pumpkin puree at the store.
Keyword pumpkin