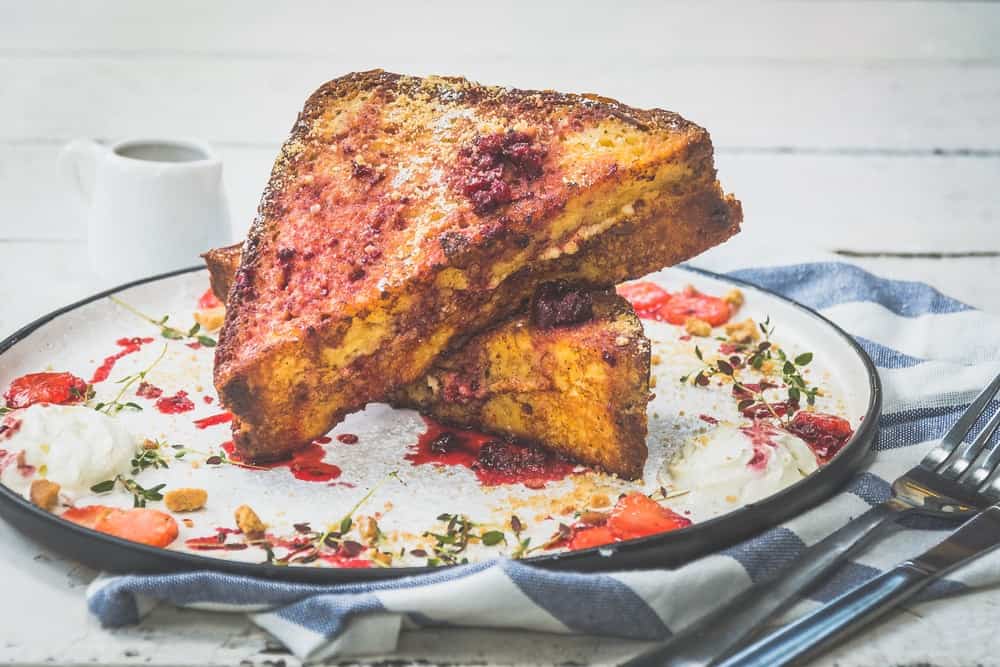 While you might think that the French culture is responsible for the creation of this popular breakfast dish, that is actually not true. As far back as the Roman empire, people have been coating stale bread in eggs and milk and frying it as a delicious meal. This allowed economical cooks to utilize every scrap of available food while still rendering their day-old bread palatable. However, as the legend goes, the dish known as French toast got its name from a man named Joseph French. This man whipped up the dish in the 1700s and advertised it as French Toast after his own name. 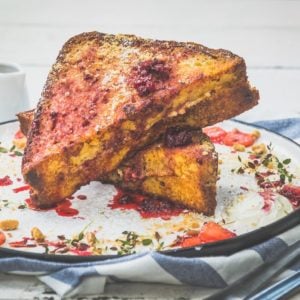 In other cultures, this dish is known by other names. It has been called eggy bread, pain perdu, Gypsy toast, and French fried bread among other names. Regardless of the name, all over the world, this popular dish features bread soaked in bread and eggs and fried in some sort of fat. This gives the bread a crispy, golden-brown crust while the middle is soft and creamy. In some cultures, such as the Spanish culture of Europe, French toast is created as a part of the people’s celebrations for Lent and Easter. Of course in Spain, French toast is known by another name: torrijas. This recipe is perfectly appropriate for those holy days since something old– stale bread– is brought back to life in a delicious, sweet, and indulgent treat. In Scotland, French toast is less of a sweet dish and more of a savory one. The Scottish people cook their French toast and then use it to create a sandwich with a sausage in the middle as a filling. Another culture, the British culture, likewise uses French toast as a savory meal, often eating it with ketchup rather than with sugary sweet toppings. French toast is a good choice when you are trying to feed a family on a tight budget. Using a French toast recipe, you can avoid wasting stale bread. You can also stretch your milk and eggs by cooking French toast rather than a traditional breakfast. The milk and eggs add protein and fat to breakfast to make it a filling, stick to your ribs breakfast treat. Did you know that November 28 is National French Toast Day in the United States? You can celebrate this day by creating a batch of our Cream Cheese Stuffed French Toast to share with your friends and family members.
Keyword Breakfast, Cream Cheese Stuffed French Toast, Recipe

Home Expert (Bot)
Hello, how are you? Ask me anything about interior design, home improvement, home decor, real estate, gardening and furniture.
39 shares