Learn more about the medicinal Cordyceps mushroom, what are the vitamins and minerals it contains, what are its benefits to the body and where does grow. 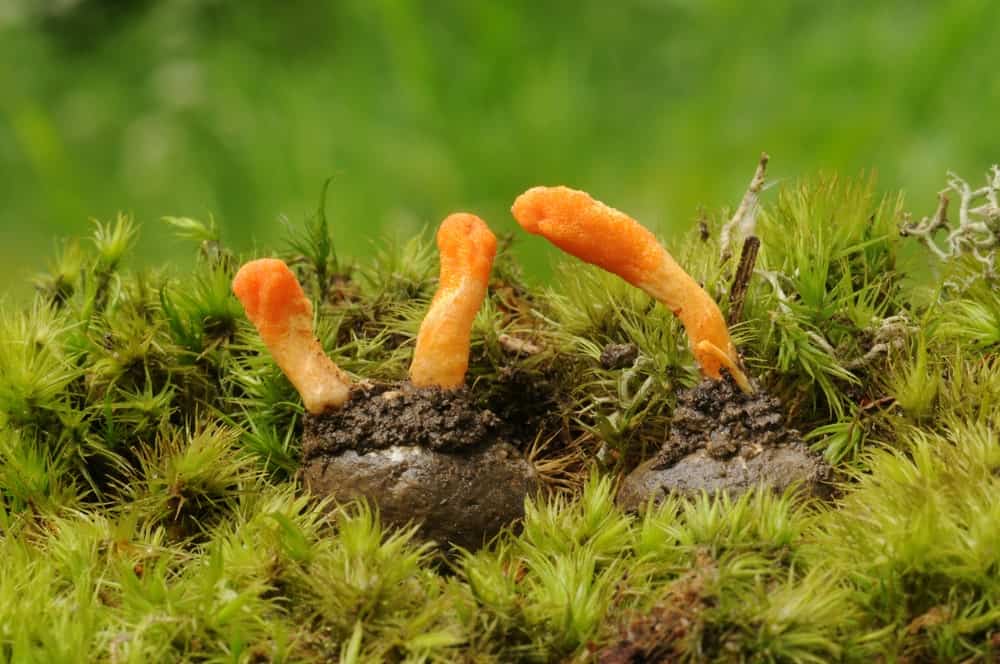 We’ve reached the final chapter in our series of 5 Types of Medicinal Mushrooms: The Royal Family of Fungus. We’re ending this riveting journey with the strangest, creepiest, and most helpful mushrooms of the bunch.

Another one of those mushrooms that you may never actually see in your life, as it looks nothing like a button mushroom and is increasingly rare, but one that is definitely worth knowing about.

Is it an alien? Who knows! Can it make you as strong as Hercules? Let’s find out!

To begin, it’s important to state that cordyceps include 400 species of mushroom. They can be found nearly anywhere, from Australia to Japan, from the United States to China.

Cordyceps militaris is a more commonly found mushroom, and this is the supplement that is most readily available on the market. This mushroom is far easier to cultivate for farming purposes. 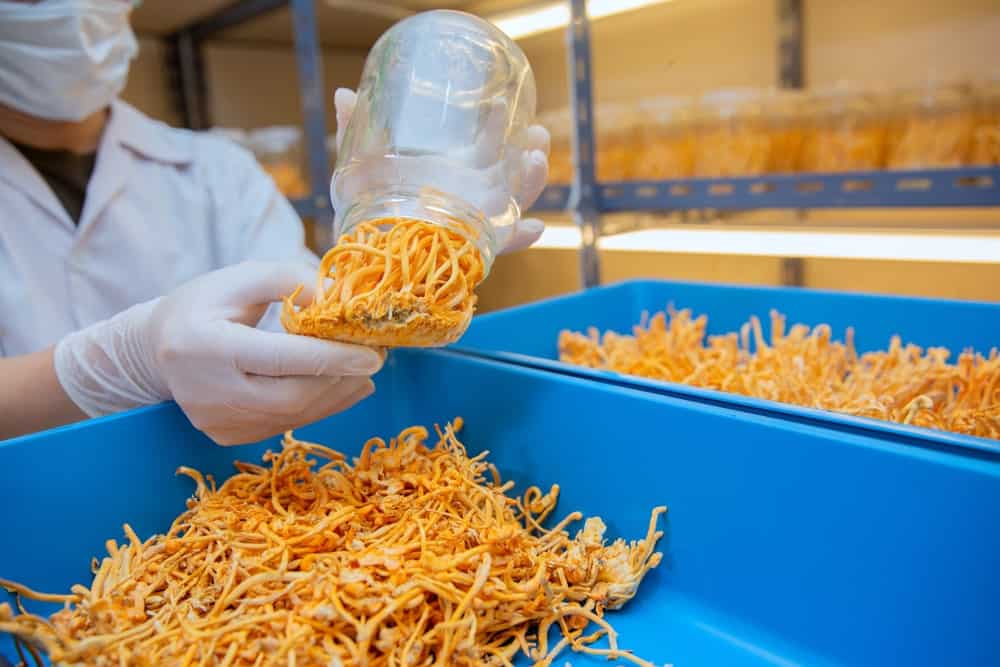 Cordyceps sinesis though significantly rarer than the Cordyceps militaris, is absolutely worth mentioning, even if you never have the chance to actually ingest it. This type of cordyceps mushroom only grows at altitudes about 4500m, and in grassy meadows in the Himalayan mountains. This mushroom is so rare, that a mere kilogram is worth $20,000. It has awarded itself the nickname of “Himalayan gold”. Scientists have yet to find a way to cultivate this kind of cordyceps.

See also  How to Clean a Guava 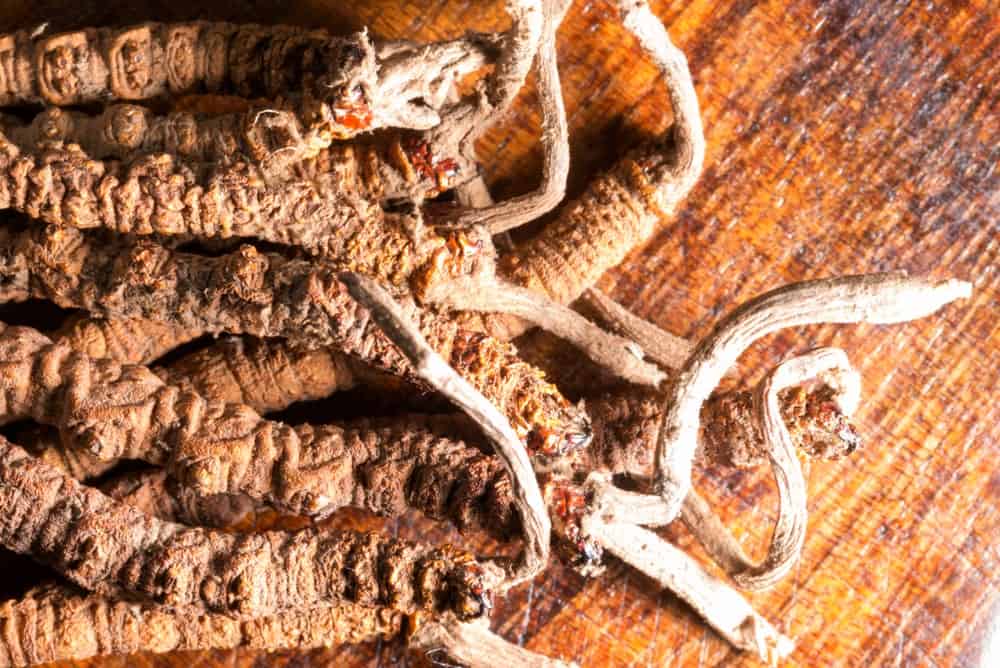 Both cordyceps are parasitic organisms, meaning that they infect and consume a host. But the Cordyceps sinesis is particularly strange, due to the fact that it is a combination of fungus and caterpillar. This is known as an entomopathogenic species, meaning that the fungus overtakes an insect’s body.

Spores from the cordyceps mushroom land on an insect and that spore germinates. The mycelium, shaped like thin threaded limbs, grow from inside of the insect and eventually consume its insides. From there, the fruiting body of the mycelium will literally stab through the insect’s head, as it is shaped like a spear.

Watch it happen here, on BBC! 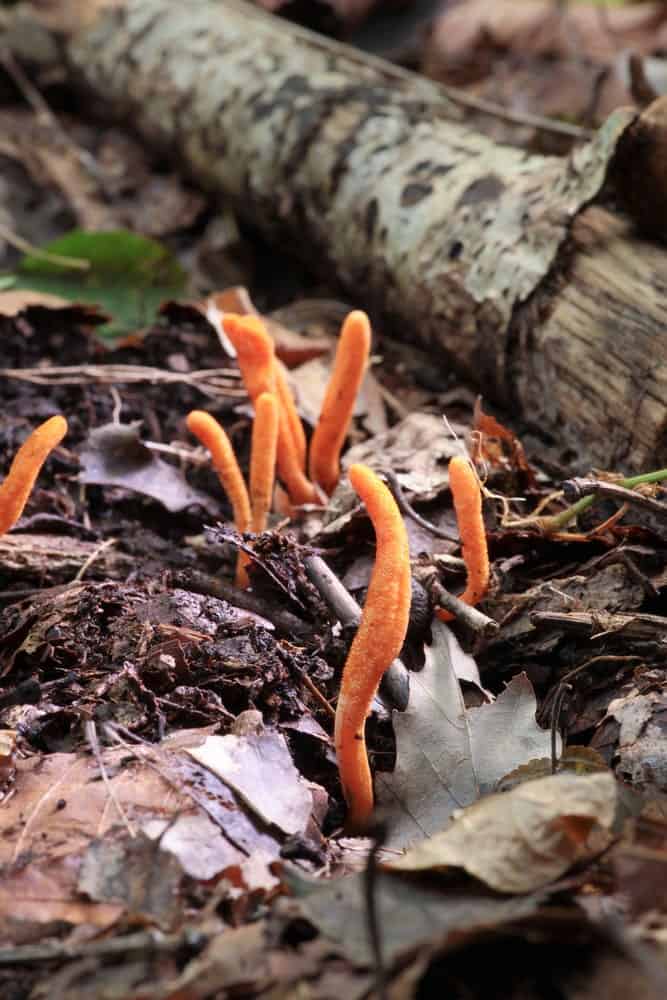 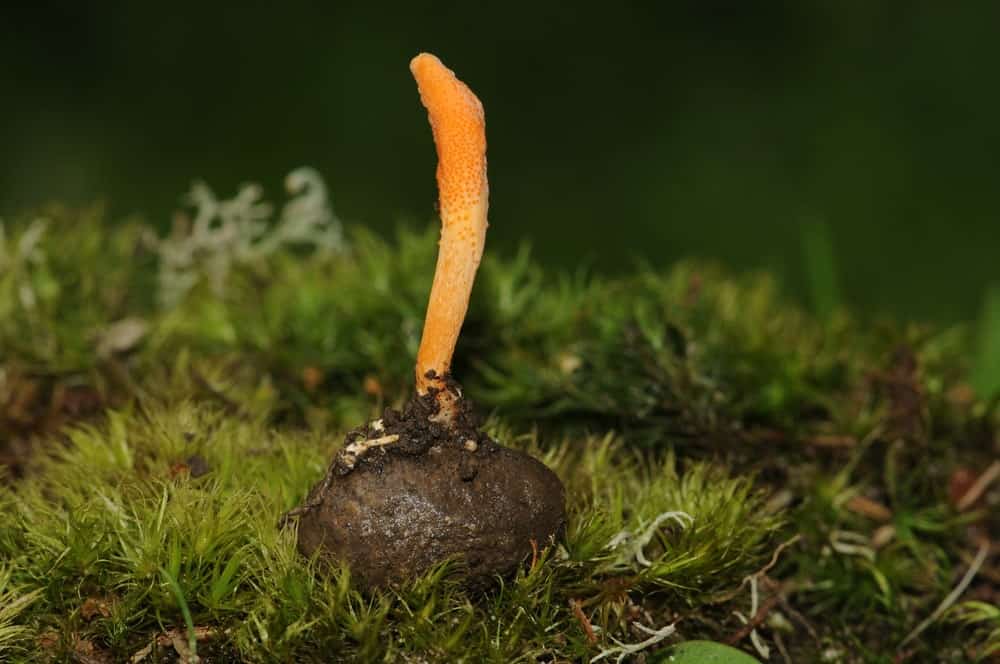 Cordyceps mushrooms contain adenosine, which when consumed by humans encourages the production of something called adenosine triphosphate (ATP). ATP is responsible for bringing energy to muscle cells. This is especially significant for athletes, as cordyceps supplements have been proven to combat muscle fatigue.

In 1993, a woman named Wang Jungxia competed in the Chinese National Games in Beijing. She competed in the 10,000m race and beat the world record by a baffling 42 seconds. Her record lasts a staggering 23 years! When reporters asked Jungxia’s coach what the secret to her success was, the coach revealed that the runner was taking cordyceps supplements.

See also  What Goes with Jackfruit?

Another study happened in 2018, involving 28 participants between the ages of 20-25. They were given mushroom supplements (a large percentage of it being cordyceps) and their maximal oxygen uptake increased by 11%. 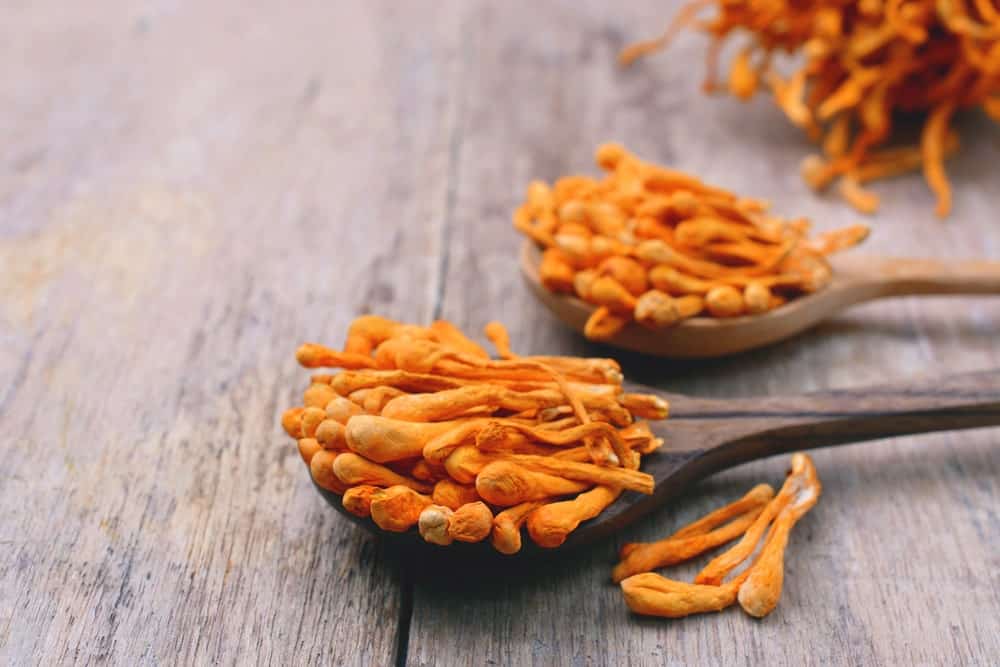 Properties found in cordyceps mushrooms perform at a cellular level and are champions at delivering oxygen throughout the body. This not only helps with athletic performance (ever notice how you can always perform better when you’re breathing properly?) but it helps with hormone regulation and inflammation which leads to physical aging.

Cordyceps mushrooms have been labeled as “the viagra of superfood”, which improves blood circulation, endurance, and overall energy. 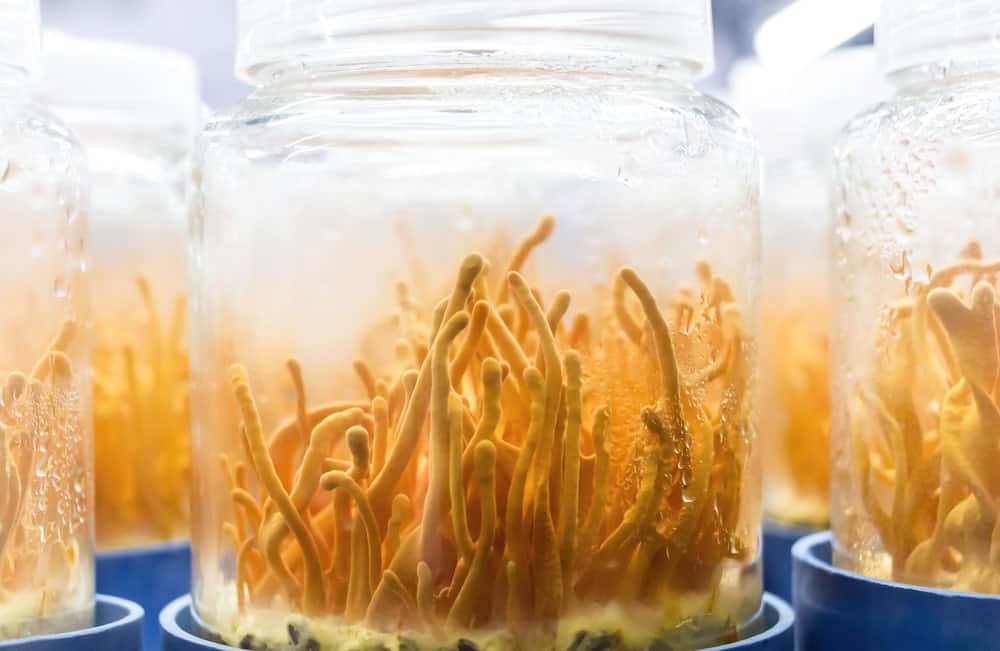 Where can I buy cordyceps mushroom supplements?

How do cordyceps mushrooms grow?

Unless they are cultivated in a lab for larger production, they grow by spores landing on insects and their mycelium overtakes and consumes their body, where the fruiting body will emerge, which will then sporulate and the whole cycle starts over again.

Are cordyceps mushrooms good for you?

Yes yes yes! At the simplest level, they help oxygenate your blood, resulting in helping with respiratory issues, athletic performance, sexual energy deficiencies, and many many more things.

Yes! They are actually the best supplement for dogs who experience low energy and respiratory issues. Mushroom Revival sells a dog-specific mushroom supplement 🙂