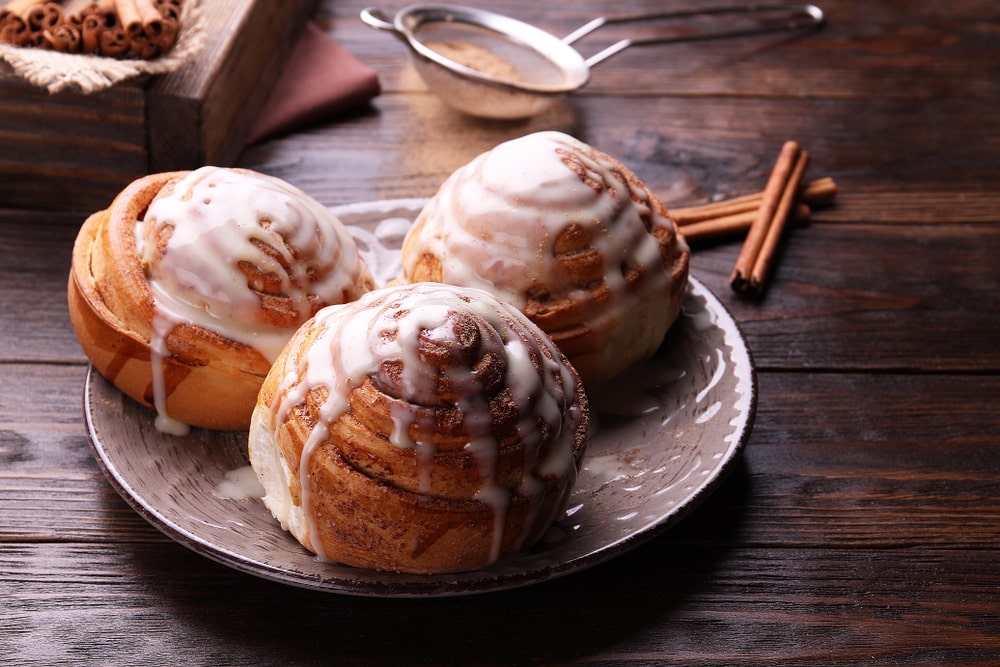 Most people, when they think of cinnamon rolls, think of their favorite bakery or they figure they will need to buy a tube of refrigerated cinnamon roll dough. After all, everyone knows that cinnamon roll doughs use yeast, which can take a long time to rise. They believe that to prepare cinnamon rolls for breakfast, one would have to get up extra early to be able to bake these from scratch. Right?

Well…most of the time. Except with this recipe. 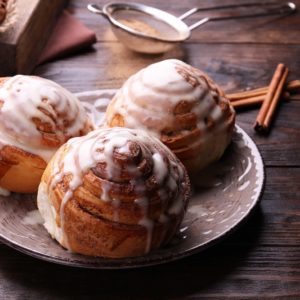 April Freeman
Our recipe for homemade cinnamon rolls is very similar to most others that you will find, except for one major difference. These rolls are made the night before you want to serve them. The dough is mixed up, kneaded, and rolled out in the evening.
Print Recipe Pin Recipe Add to Collection Go to Collections

Then the unbaked cinnamon rolls go into the refrigerator where they rise all night long while you are sound asleep in bed. Next morning first thing, take the rolls out of the refrigerator and allow the pan to come to room temperature on the countertop. While you’re waiting on this, go ahead, preheat the oven, make your coffee, and take your shower. Once the rolls are room temperature, put the pan in the oven and bake them. Sounds almost too easy right? Actually, it is just that easy. You can prepare a delicious, home-baked breakfast for the people you love without getting up at the crack of dawn to do so. If you have had the foresight to create the cream cheese icing the night before as well, you can easily bake this breakfast from scratch without having to spend much time in the kitchen first thing in the day. Of course, your loved ones may think that you made the sacrifice of waking up really early for their breakfast celebration. Only you can decide whether or not to tell them your secret. Most cinnamon roll recipes create a dozen or more rolls. Unless you are taking the rolls to share with others at work or you have a very large family, those recipes make way too much for most families. This recipe only creates six to eight cinnamon rolls, which is the perfect recipe size for most families. If you do want to bake a dozen cinnamon rolls, feel free to double the recipe. It should work just fine.
Keyword Breakfast, Cinnamon Rolls, Recipe

See More RecipesClick Here for All Our Recipes
32 shares