Featuring the light and fluffy texture of whipped cream and the richness of melted chocolate, many people never eat Chocolate Mousse unless it is ordered in a restaurant. However, if you can take your time and follow our steps, you can create this delicious dessert in own kitchen. 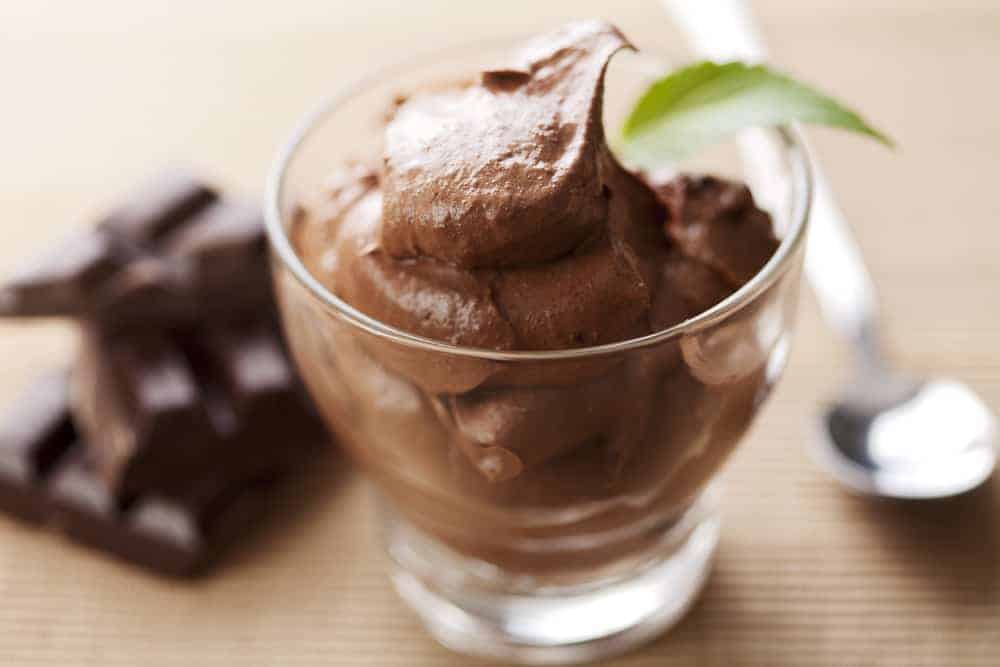 This recipe begins by whipping cream. To get the most volume in your whipped cream, you should refrigerate your mixing bowl and mixer beaters before you get started. The colder the better, so place these items in the fridge for up to an hour before you begin.

You will want to whip the cream until soft peaks are formed. Do not beat the cream past this point, or you risk turning the whipped cream into butter! A stand mixer is perfect for this step, but pay close attention to the cream as it is being beaten so that you don’t whip it too long. 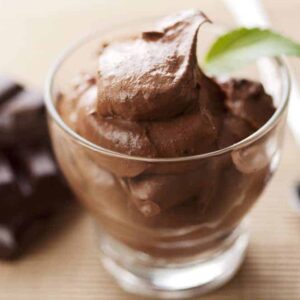 April Freeman
Many people only enjoy a rich and decadent chocolate mousse when they go to restaurants. Featuring a light and fluffy texture with a chocolatey richness, Chocolate Mousse is perfect to go with seasonally fresh berries and whipped cream. Don’t be intimidated by a dessert-like Chocolate Mousse. With our step-by-step recipe, you can accomplish this delicious treat.
Print Recipe Pin Recipe Add to Collection Go to Collections
Prep Time 45 mins
Refrigeration Time 4 hrs
Total Time 4 hrs 45 mins
Cuisine American
Servings 4 Servings

As you shop, you may notice several cartons in the dairy aisle that have similar-sounding names. Heavy cream, heavy whipping cream, light whipping cream, and half-and-half are all things that you might see. Heavy cream and heavy whipping cream are essentially the same things, having a minimum of 36 percent or higher milk fat. Light whipping cream has 30 to 35 percent milkfat. Half-and-half contains between 10 and 18 percent milk fat. For this recipe or for other whipped cream recipes, only heavy cream, heavy whipping cream, or light whipping cream will work. Half-and-half is not going to whip up into light, fluffy mounds, no matter how much you beat it. Heavy cream and light whipping cream both beat up into tasty fluffiness, but because the heavy cream has a greater percentage of fat in it, heavy cream will make richer mounds that hold their shapes much longer than the light whipping cream will. Our recipe uses bittersweet baking chocolate. You could probably substitute semi-sweet baking chocolate if you want a less rich but sweeter mixture, but do not use chocolate chips. They will not melt as well and will affect the final texture of the chocolate mousse. Our recipe calls for you to pour the final product into individual serving cups. If you prefer to put the mousse into a single serving dish from which you can spoon out individual servings, that is fine too. You simply will have to scoop out the dessert into cups when you are ready to eat it. This recipe is a little finicky with several steps about which you have to be careful. However, if you take your time and do not get in a hurry, you will be able to create a delicious chocolate mousse that you will be proud to serve.
Keyword Chocolate Mousse, Dessert, Recipe