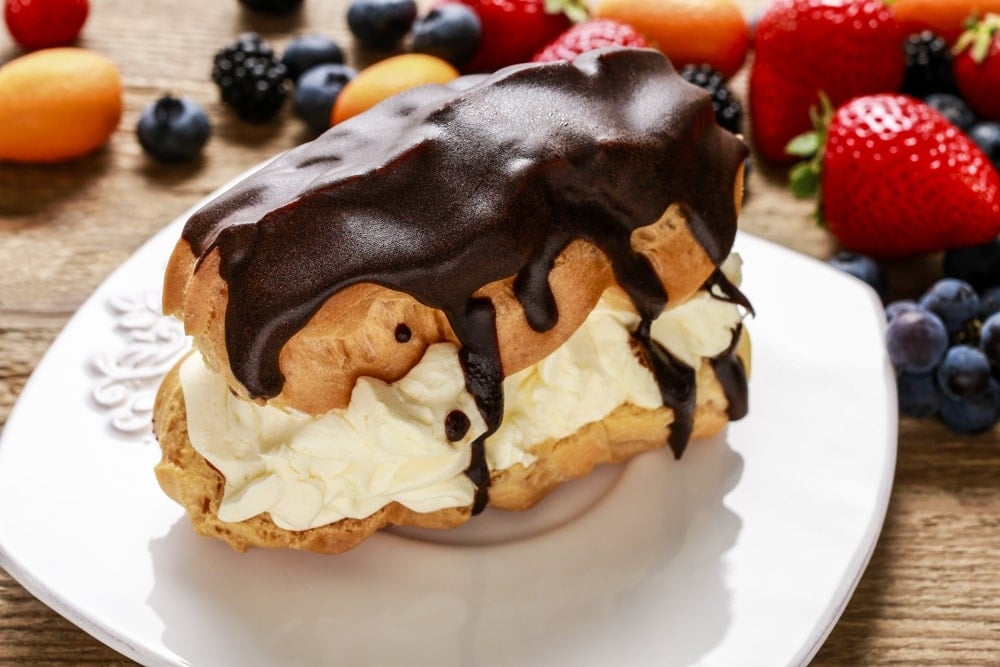 While it is not technically a cake, our recipe for Chocolate Eclair Cake will quickly become a family favorite. Made of delicious layers of pudding and cream, along with graham crackers, and topped with a rich chocolate frosting, this cake can be prepared without even turning on the oven.

Cake is a wonderful treat sometimes used to celebrate special occasions in a family. Often consisting of a sweet, spongy bread covered in a rich sugary frosting, cake is popular for birthday and anniversary celebrations. However, this recipe for cake will take your definition of that dessert to a new level. While Chocolate Eclair Cake isn’t technically a cake by the purest definition of the word, it will definitely quickly be a favorite of everyone in the family.

This Chocolate Eclair Cake features layers of rich, creamy, pudding sandwiched between delicious graham crackers. Then the whole thing is topped by a smooth layer of a decadent chocolate frosting. The flavors and textures are reminiscent of a Boston Cream Pie, but it is fairly quick and straightforward to put together, requiring no special cooking techniques or equipment.

While there are graham crackers in this cake, they end up becoming soft and cake-like in the final product. This is because the cake sits in the fridge for a mandatory chilling time period. During this time, the crackers begin to absorb some of the cream fillings and soften to the point that you can cut the pieces with a spatula.

The creamy filling also needs a little time to set up so the dessert won’t run all over your plate. Do not forget to allow adequate time for the cake to chill. If you don’t the graham crackers will remain too firm and the texture of the cake will be all wrong.

The really great thing about this cake is that it is an icebox cake, meaning that it requires no baking at all. During the summer months, there is no need to heat up the house by turning on the oven. Simply stir together the ingredients, layer them in the pan, and put the whole thing in the fridge before serving.

Another plus for this recipe is that the average school-age kid can easily accomplish the creation of this cake, making it a great choice for novice cooks. However, sometimes the chocolate frosting can be a bit tricky to spread, so you might want to stick around to make sure your budding chef doesn’t get frustrated with this step of the recipe.

For the frosting, you can make homemade chocolate frosting, but it’s just as good if you’re pressed for time to use store-bought frosting. Some people find spreading the chocolate frosting to be challenging. To simplify this process, you have two options. One option is to buy the whipped frosting that is available in the store. 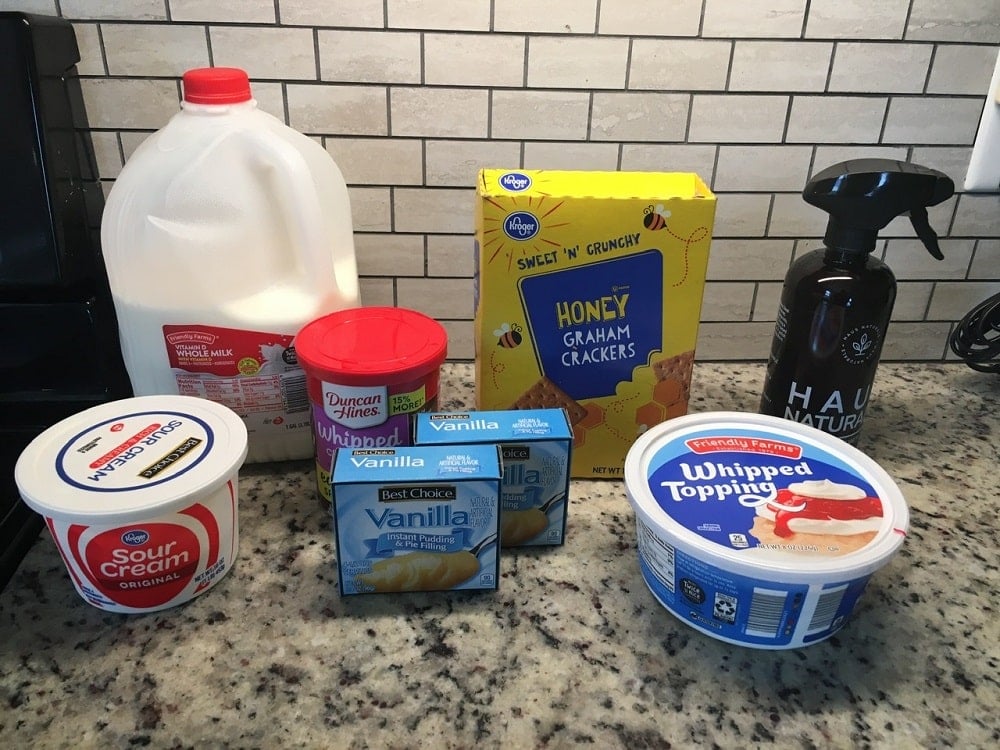 Add the sour cream and mix it until it is fully incorporated.

Step 2: Using a rubber spatula, gently fold in the Cool Whip until it is completely mixed.

Set the bowl of filling aside and begin to assemble the cake.

Step 3: Line a nine by a thirteen-inch baking pan with a layer of graham crackers.

You may need to break some of them to fully line the pan.

Step 4: Using a large spoon or a rubber spatula, spread about half of the filling on top of the graham crackers.

Take your time and spread it evenly, but take care not to dislodge the graham cracker layer on the bottom of the pan.

Step 5: Add another layer of graham crackers on top of the pudding mixture, again breaking crackers if you need to complete the layer.

Gently spread the remaining pudding mixture over this layer, spreading it evenly. 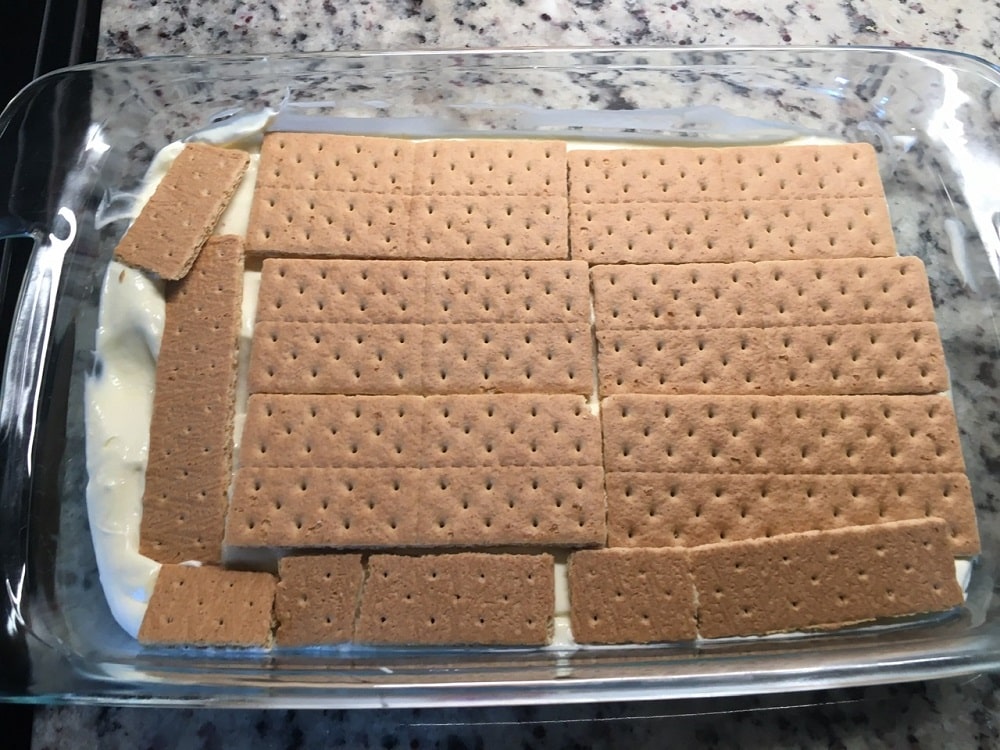 Step 6: Top this pudding layer with your final layer of graham crackers.

Working very gently, spread the chocolate frosting over top of the graham crackers. Take your time and be very patient, trying not to squash the crackers or move them around in the filling. 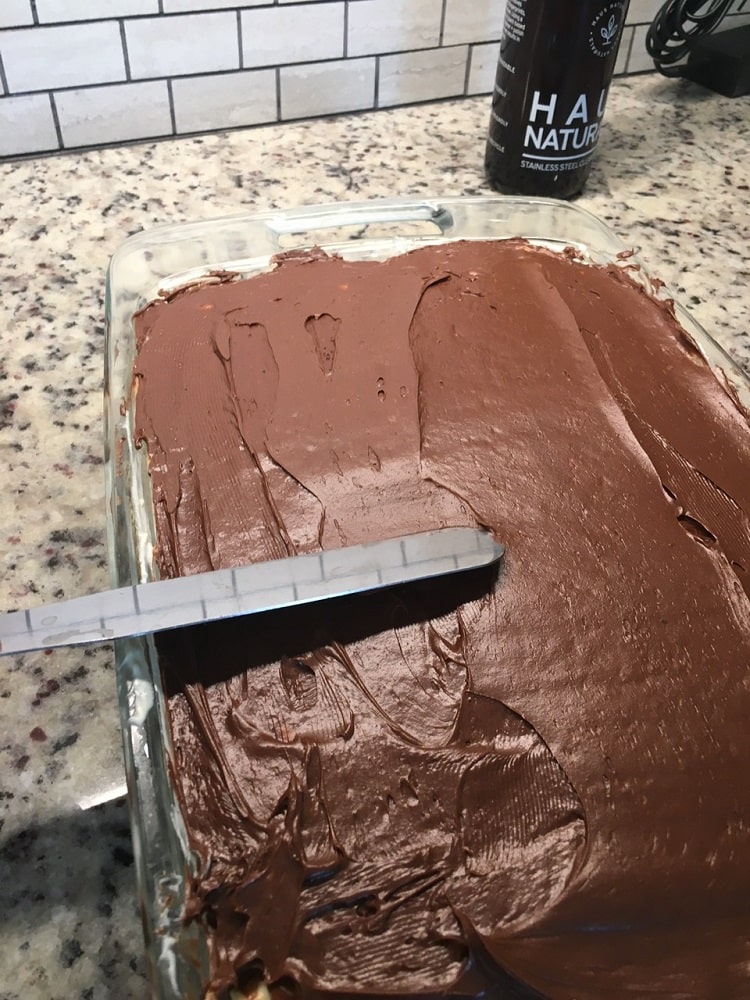 Step 7: Cover the cake with a layer of aluminum foil or plastic wrap.

Take care that whatever you use to cover the cake doesn’t touch the top layer of chocolate icing, or it may stick when you try to take the cover off to serve it. Refrigerate the cake in for at least four to six hours. Overnight is even better.

Step 8: After the chilling period, use a spatula to cut rectangular pieces of cake for serving.

Return the remainder of the cake to the fridge, storing it covered in the fridge for up to three days. 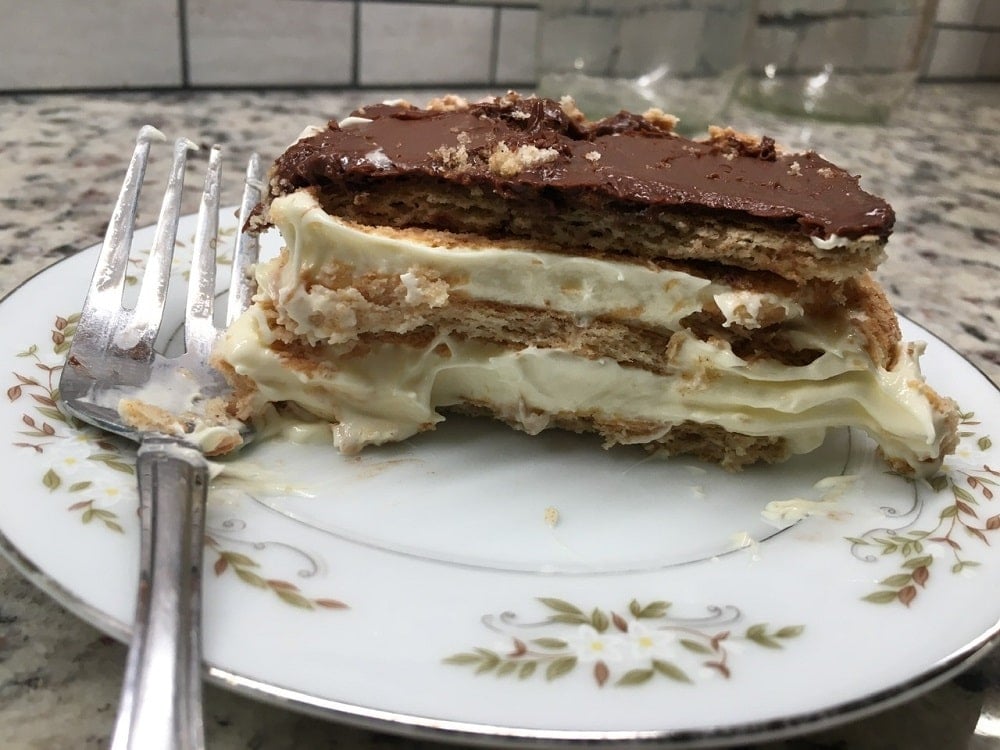 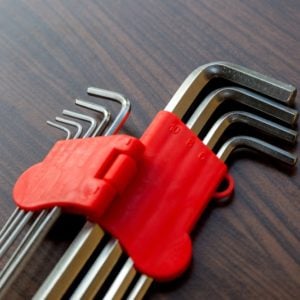 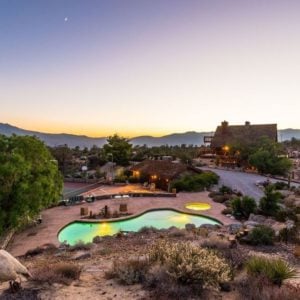