Often, recipes that look impressive are difficult to make and require specialized baking or cooking skills. However, this recipe for Show Stopping Chocolate and Strawberry Fudge Trifle is easy to make and beautiful when it's done. Additionally, the dessert tastes as good as it looks. 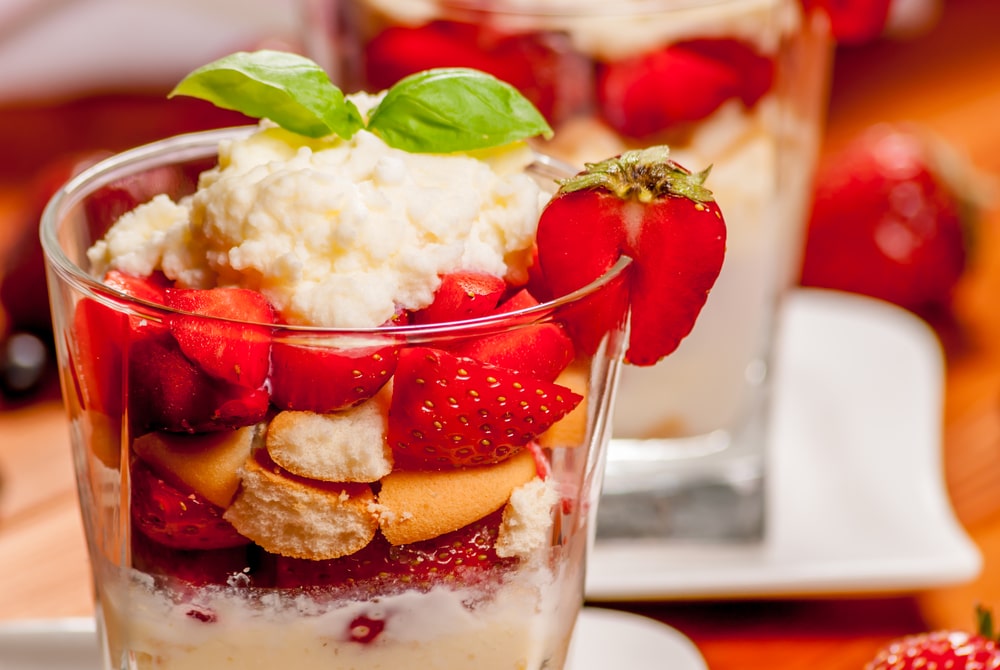 This is one of those recipes that looks as good as it tastes. Layers of whipped cream, fudgy pudding, chocolate cake, and sweet strawberries all come together to make a divinely delicious dessert.

Those who are uninformed may not know what in the world a trifle is. Trifles originated in England, and the original dessert called a trifle consisted of a sponge cake, topped with an egg custard. Before the custard was added to the cake, it was topped with fruit and soaked in sherry. 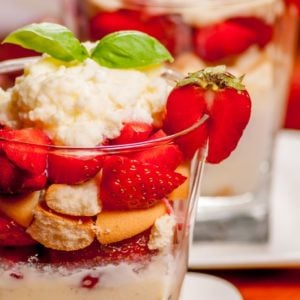 A dollop of whipped cream embellished the whole thing, and it was sometimes called a “Tipsy Cake” or a “Tipsy Hedgehog” as a nod to the alcohol in the dessert. In past eras, thrifty chefs made trifles to use up cakes that might be getting a little stale. In the 1700s, even American cooks had gotten into the creation of trifles, and they were extremely popular in the southern United States with those who lived on the vast plantations there. Some of them called their creations the “Tipsy Parson” presumably because the decadence of the dessert would entice even a visiting pastor to imbibe. It was at this time that the trifle dish was invented. Trifle dishes are tall, straight-sided glass dishes that allow for the impressive presentation of a trifle. The diners can see all of the fancy layers of the dessert for themselves before being served their sweet treat. In Antebellum America, trifle dishes were made of fancy cut glass. Nowadays you can find them at any department store, but you don’t have to spend a lot of money on a fancy one. For this recipe, the dessert itself is the focus of attention, so as long as the food looks great, nobody is going to pay any attention to the vessel in which it is made. We’re sure that you can still find the old fashioned version of a trifle that features alcohol as a prime ingredient, but modern trifles don’t necessarily include liquor. Often, trifles take other more familiar desserts and dress them up in the fancy dish. For this recipe, you will use sweetened whipped cream that has been stabilized. Many people may not be familiar with stabilized whipped cream, but that’s okay because we’ll walk you through the whole process. Basically stabilized whipped cream uses a gelatin mixture to keep the cream from deflating. If you just make whipped cream, over time, the air leaks out of the cream and you’re left with a runny mess. Stabilizing the cream with gelatin will help the cream hold its shape and keep your dessert looking fabulous. Also, this recipe uses a boxed cake mix for simplicity. However, if you have a tried and true family favorite chocolate cake recipe, feel free to substitute that in place of the boxed mix cake.
Keyword Chocolate and Strawberry Fudge Trifle, Dessert, Recipe