With a broth made of tasty seasonings and two kinds of cheese, our recipe for chicken cordon bleu soup echoes all the flavors of the classic entrée that you might enjoy at a restaurant. However, with this recipe, you can have all the taste of the entrée with less work. 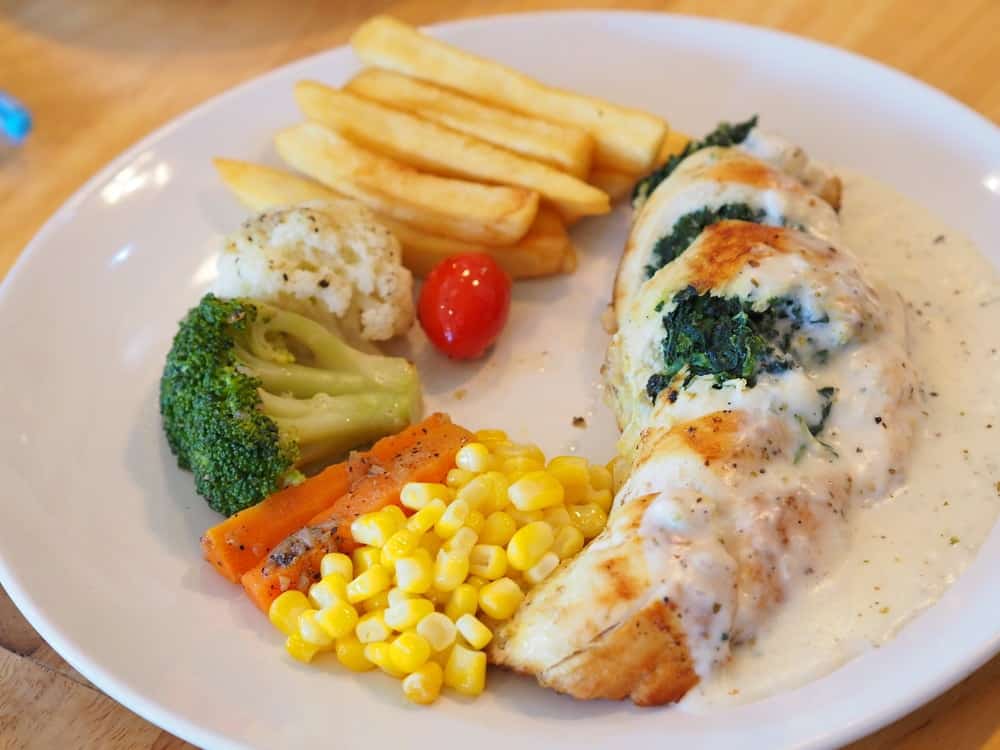 The first dish with the name of cordon bleu was originally made in Switzerland in the 1940s. This recipe featured cheeses and meats stuffed into a slice of meat. In a way, it was invented by a fortunate accident, when the cook at a Swiss restaurant had a large party come unexpectedly into her dining room.

To stretch the limited food that she had on hand, she came up with the idea of stuffing cheese and ham into schnitzel, a kind of pork cutlet. This allowed her to increase the number of meat servings she could offer the restaurant guests. The dish was a huge hit, and cordon bleu was created. 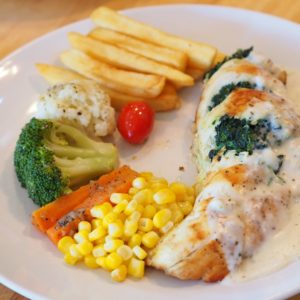 April Freeman
With crispy, breaded chicken cutlets stuffed with ham and Swiss cheese, chicken cordon bleu is a main dish that has been featured at many different restaurants for decades. This traditional recipe does take quite a bit of time and effort to make. The beauty of this soup recipe, however, is that you can have all the flavors of chicken cordon bleu without the time consuming breading, frying, and baking that the classic dish requires.
Print Recipe Pin Recipe Add to Collection Go to Collections
Prep Time 30 mins
Cook Time 5 mins
Total Time 35 mins
Cuisine French
Servings 7 Servings

Later during the 1950s, the dish was made with veal, and by the time the mid-1960s came around, clever cooks had made this dish with chicken, creating the tasty dish of chicken cordon bleu. The recipe finally made it into the New York Times in 1967. The phrase cordon bleu is a French phrase that means “blue ribbon.” In French culture, knights of the highest order wore a wide blue ribbon to designate their status. The phrase cordon bleu over the centuries has come to mean food that is prepared to the finest standards by the most talented cooks. We think that you will agree that this recipe for chicken cordon bleu soup definitely follows in the tradition of “blue ribbon” food of the highest standards of flavor and quality. Thick and creamy, including the flavors of two kinds of cheese and the savory deliciousness of chicken cordon bleu, this soup will become a family favorite from the beginning. Our recipe has chicken, ham, and red potatoes with the skins on. The broth is made rich and creamy due to the cream cheese, half and half, and Swiss cheese melted into it. Seasonings like dijon mustard, onion powder, garlic, and parsley create a flavorful and delicious broth for the soup. Serve it with croutons sprinkled on top to emulate the crispy coating of a traditional chicken cordon bleu entree.
Keyword Chicken Cordon Bleu Soup, Recipe, Soup