Learn more about the miraculous Chaga mushroom, what makes it a superfood, what are its benefits to the body, where it grows and where you can buy them. 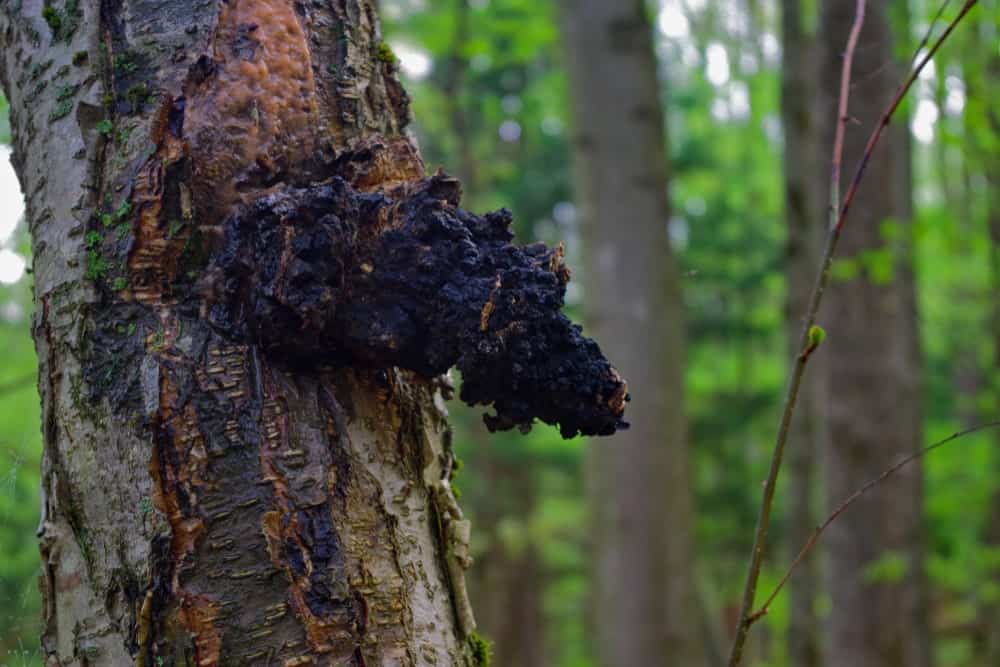 Forget about acai! Quinoa? That’s old news! Chaga mushrooms are the newest trend in superfoods on the streets, and today we’re going to discover why!

Just kidding, both quinoa and acai are wonderful things to incorporate into your diet — but have you ever considered eating something that is 1 billion years old? Fungi is one of the only living organisms left from that time (the rest are fossilized) and has adapted in many strange ways.

The uses of Chaga mushrooms have extended from China to Russia, to Korea, to Northern Europe, to Canada. “Chaga” comes from the Russian word czaga, which means fungus. These places have been using Chaga in team form and topically since the 16th century, though in Chinese cultures Chaga and many other mushrooms have been used medicinally for far longer.

In The Royal Family of Fungus, there’s a mushroom for immunity, immortality, physical energy, brain function, and the Chaga mushroom is considered to be the superfood of the group.

Inonotus Obliquus and You!

If you haven’t incorporated this strange fungus into your diet, I hope that today is the day that you start. Not only because it contains all of these righteous nutrients:

See also  How to Clean Watermelon

but because of all of the other ways that it helps the human body. Chaga mushrooms are a superfood thanks to all of the vitamins and minerals they contain, but also for these reasons:

Starting with the huge amount of anti-oxidants found in Chaga mushrooms. Antioxidants are very helpful when it comes to oxidative stress that causes physical signs of aging. When your body is exposed to things like pollution and sun exposure, free radicals (unstable molecules) start to overwhelm the body. This not only accelerates the aging process but may be cancer-causing. Antioxidants neutralize these harmful free radicals, slowing down physical aging. 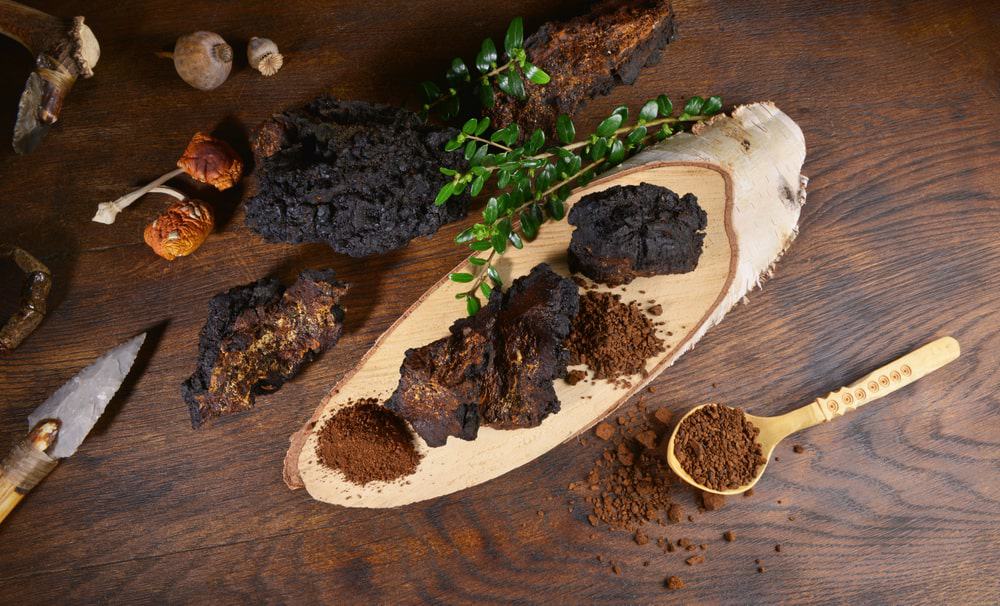 A study was done in a petri dish, where lung, breast, and cervical cancer cells were held. Adding triterpenes extracted from Chaga mushrooms actually caused some of these cancer cells to completely self destruct, without actually harming any healthy cells. Almost as if the triterpenes knew exactly what to target.

It has also been found that Chaga supplements help the regulation of cytokines cells. These are the cells within your immune system that notify white blood cells of harmful bacteria (chemical messengers). Chaga supplements enable cells to better communicate with each other, resulting in a hyper-efficient immune system response. 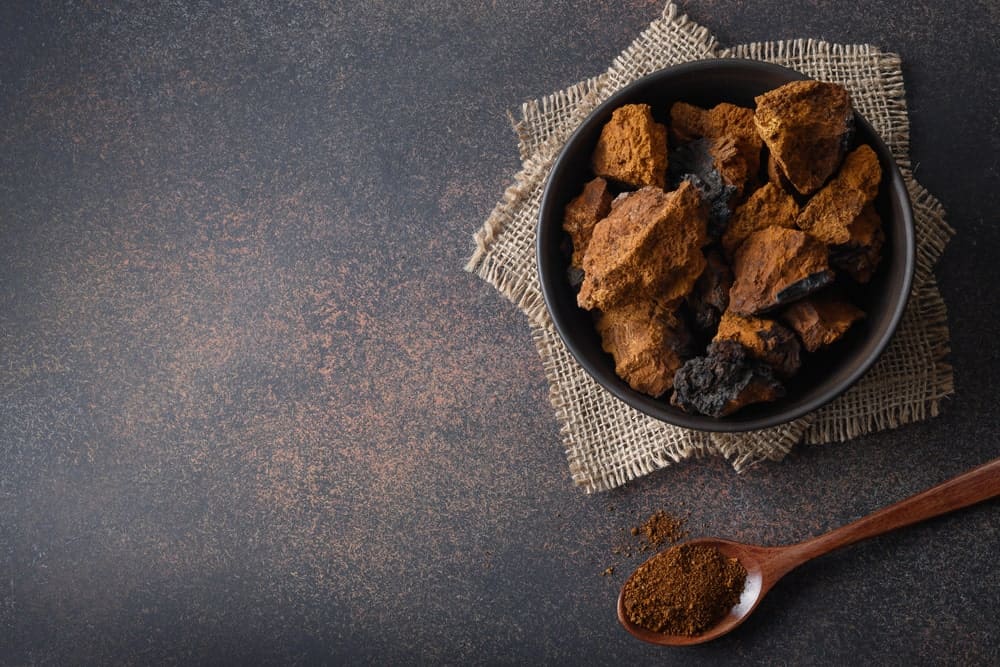 How the Chaga Grows

The Chaga mushroom is rather unique, in the sense that the mushroom growth we see is actually its mycelium and not the fruiting body. The mycelium itself is like a strange bulbous black growth. It’s black in color because it contains mass amounts of melanin (pigment-producing).

Chaga can mainly be found on birch trees, and it is in a parasitic symbiotic relationship with the birch. They also tend to draw towards alder, beech, oak, and poplar trees. Now here is where the weirdness of the Chaga mushroom comes into play.

See also  How to Store Salmon 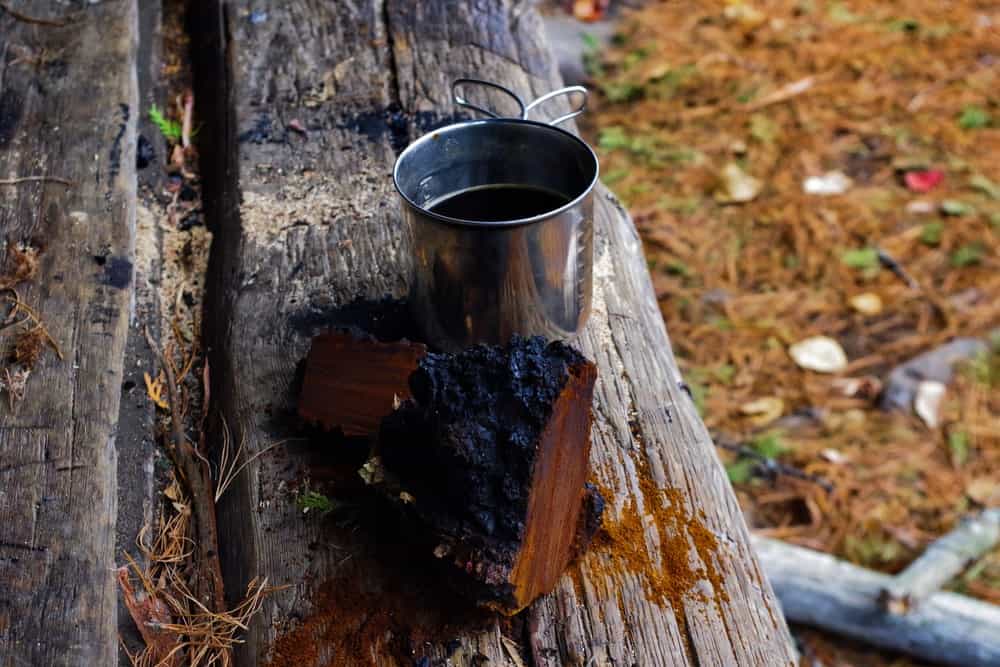 When Chaga spores enter a host tree through wounds (stumps or poorly healed branch stubs), it very very slowly causes death to the tree. This process can take up to 80 years! During this time, the mycelium spreads throughout the inside of the tree, with the majority of its charcoal-y mass bursting out of the tree’s wounds.

Once the host tree finally dies, the reproduction stage of the Chaga begins. This is when the fruiting body develops, but it occurs underneath the bark! 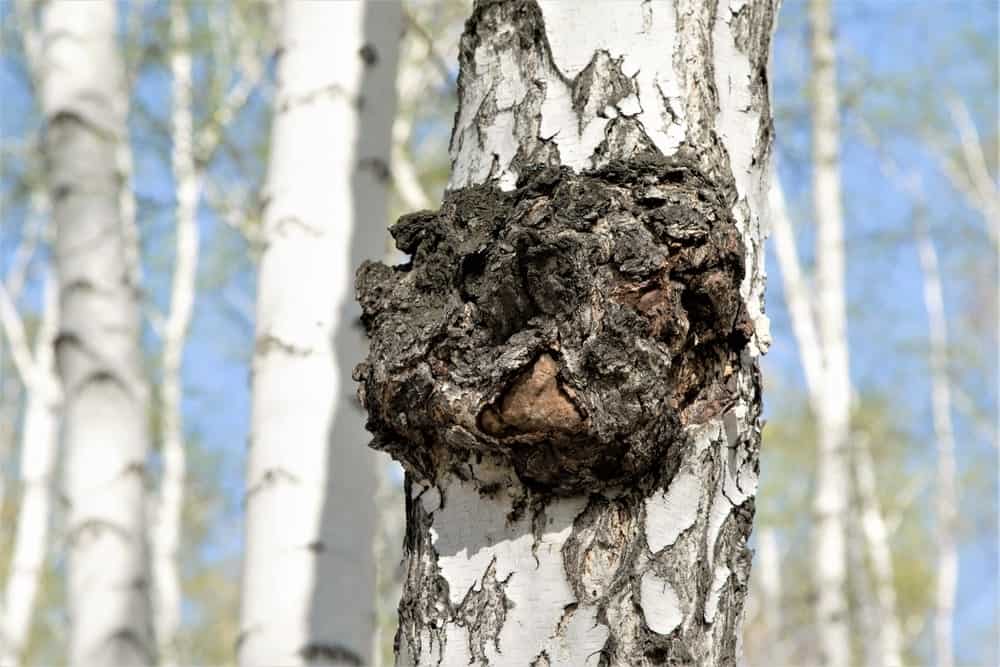 * Just remember, just because it may say “not recommended for eating” in your mushroom foraging guide, it indicates it is not particularly pleasant in taste and texture. Chaga is consumed by extracting nutrients or turning it into a powder or tincture. It’s most commonly consumed as tea!

It is unlike other edible mushrooms. Quite earthy and bitter, it also contains vanillin which is found in vanilla bean! It isn’t particularly tasty, but lots of companies mix Chaga with cacao powder to make it into drinks.

How do I identify a Chaga mushroom?

Chaga is going to look like a weird, bulbous, charcoal-colored growth. Inside is a cork texture golden interior.  Usually, they are found in place of old branch stumps on birch trees.

Is Chaga mushroom a stimulant?

No, it is not a psychoactive property, nor does it contain caffeine.

Absolutely yes! They do not contain any psychoactive properties.