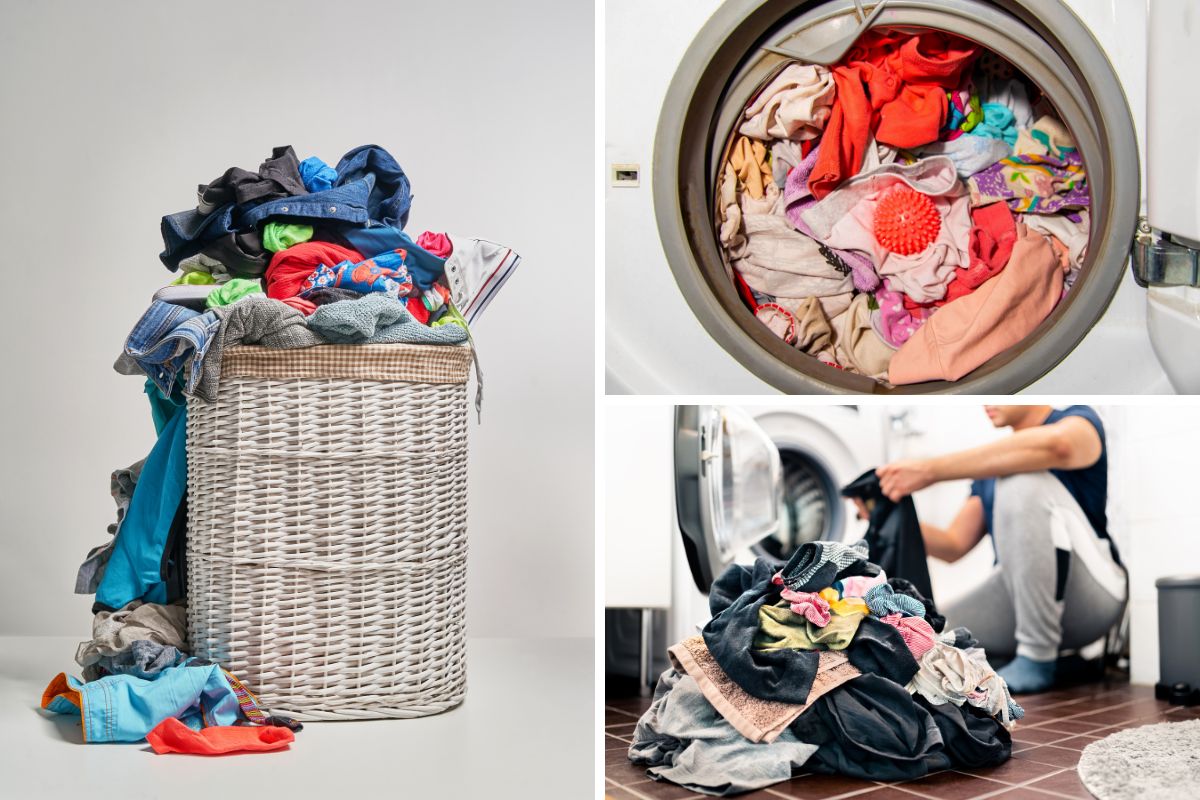 Answer: Yes, but it’s unsanitary and not advisable to do so.

They say good help is hard to find unless it is from across the border. And boy, are they right!

Take Rosa, for instance, Wifey’s helper. She has been with us now for close to ten years and not once has she been in any trouble….Well, except maybe just that one time when she washed our underwear together with the towels. To the extent that my towel kept smelling like underwear and my underwear like a towel!

“Hone, why does my towel smell like underwear and vice-versa?” I asked Wifey after the smell of towels had been following me all day long.

“Just that sweets, my underwear has been smelling towel all day! ” I confided.

“Come to think of it, now that you mention it, I too smelt underwear on my towel this morning as I showered” Wifey informed me.

We intently looked at each other, before chorusing,

“It’s about our underwear and towels Rosa, how are you washing them?”

“By hand senor….labels say ‘Wash by hand’, so I wash that by hand and the others in the wash machin” Rosa informed, screwing her face a little.

Wifey and I exchanged looks.

“That’s fine Rosa, but have you been washing our underwear with the towels….in the same washing water? gently inquired Wifey.

As it turned out, Rosa had her reasons for washing our underwear together with our towels. They went something like this….

Yur see senora, underwear, and towels are the same, same because… 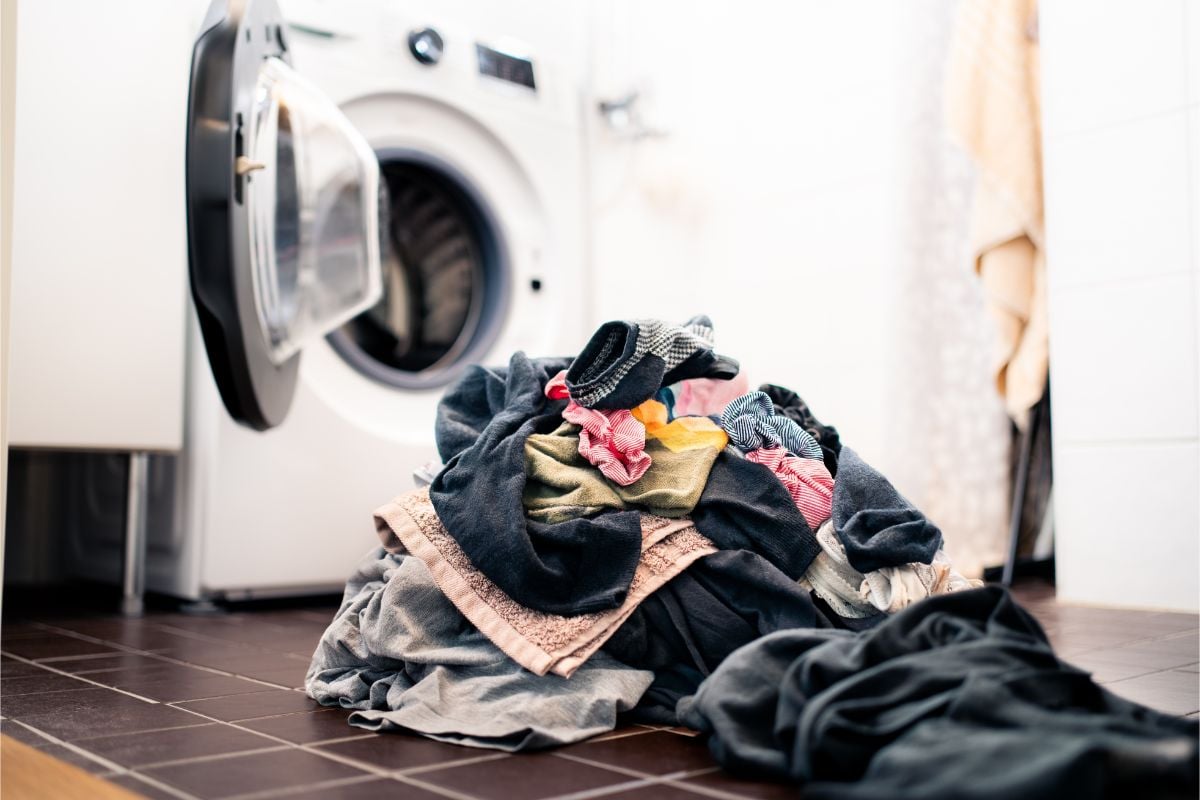 According to Rosa, she had been washing our underwear together with our towels because both come in close contact with the skin, such that the dirt from the skin goes onto them. As such, as far as Rosa was concerned, both had the same purpose, removed the same kind of dirt from the body and so could be washed together.

As such, she didn’t see the need to separate them.

Washing underwears and towels together save water, not so?

In these times of climate change and power shortage, Rosa felt that washing underwear and towels separately would use too much water and extra electricity.

Rosa always checks that underwear is not soiled or smells! So okay? 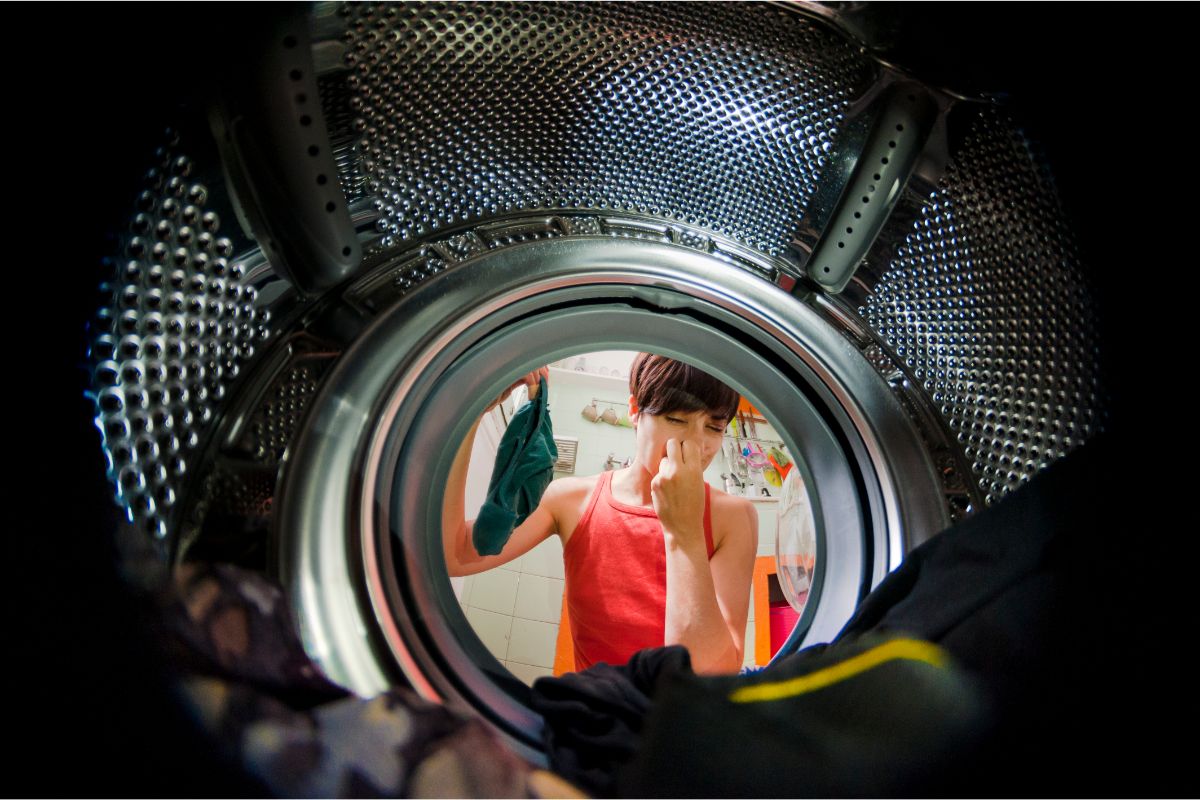 Lightly soiling or urinating in your underwear is quite common, though sometimes there is no observable sign or trace of dried feces or foul odor. In such cases, Rosa argued that, after checking for signs of fecal matter and bad odor,  it was perfectly okay to pair them with other types of clothes like towels.

Despite Rosa’s rather persuasive reasons for washing our underwear together with our towels, Wifey and I were unconvinced and also explained why she couldn’t continue doing so.

Si, si Rosa, we hear you, and while it is possible, you can’t wash underwear because it’s….

Unsanitary to do so

It is advisable to wash your underwear separately because of the stains in some parts. The stains range from blood, vejay discharge of any sort, to seminal fluid stains and fecal matter. Depending on the season and events of the day, filth can collect in your underwear without you even knowing.

In summer, it is not unheard of for you to have leftover pee leak onto your underwear after urinating.

Similarly, after doing number two and not wiping thoroughly, it is not unheard of for small bits of feces to end up being wiped by your underwear. No matter the quantity, you want to avoid pairing this kind of underwear with less soiled towels in the washer. It is just downright unsanitary! 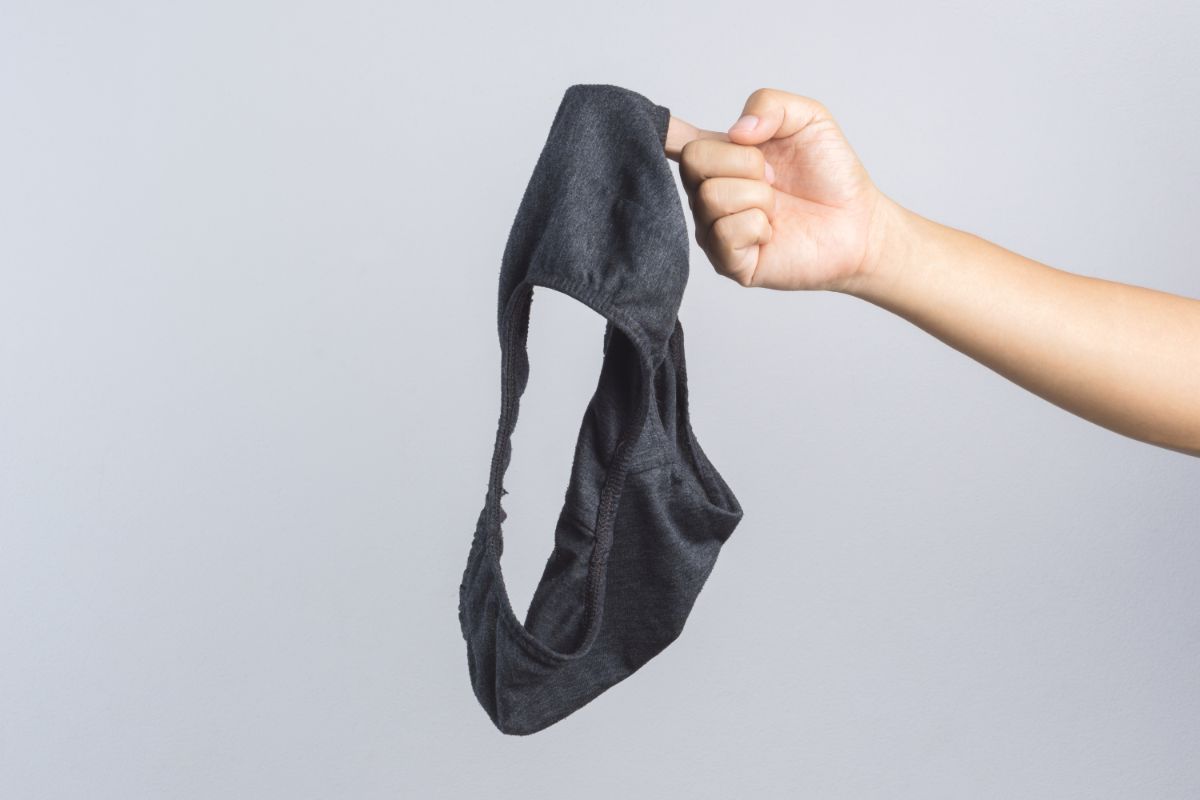 Body sweat, by its very nature, is smelly and, yes, is removed from the body by towels. However, of the two, underwear is less sanitary compared to towels.

This is because underwear is sweatier as it has more contact with the skin meaning that they absorb more sweat in its concentrated state than your towels.

Due to sweat, underwear smells really bad. They must be given as much room as possible to incorporate detergents and wash water into them for proper washing. By washing the two together, however, underwear ends up sharing or transferring its highly concentrated sweat (and stronger odor) with the towel.

As a result of washing underwear and towels together, both will consistently return smelly even after washing.

As a result of underwear’s tendency to become soiled and have traces of urine, such waste matter can serve as a breeding ground for bacteria. You want to avoid washing that kind of underwear with towels. 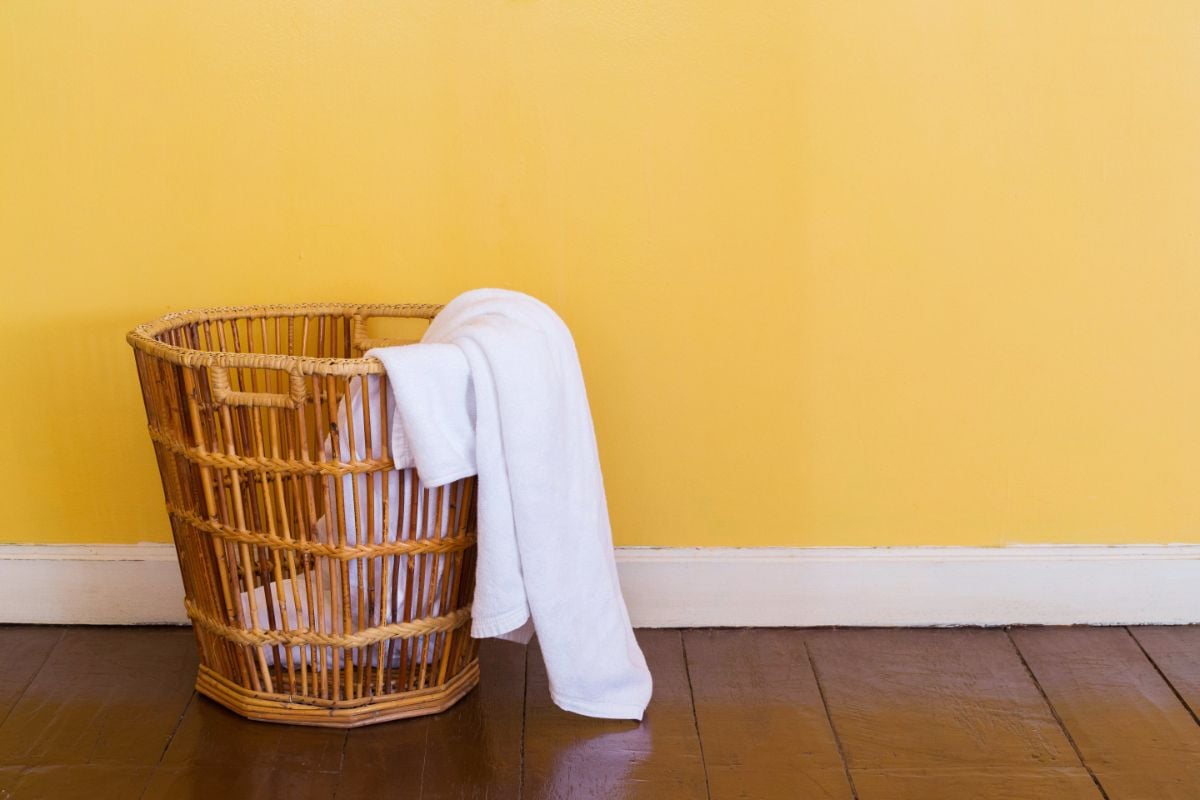 They easily end up enveloping smaller items like underwear and preventing them from getting properly washed. Unless perhaps the towels in question are all small face towels.

Towels tend to be stronger than underwear. When the stronger towels are washed with the more delicate fabrics of underwear, it often means an imbalance develops in the amount of force exerted by cloth towels on underwear.

Since towel cloth is stronger than underwear, it is most likely to wear down its fibers quicker than when washed with other clothes. As a result of this, your underwear becomes worn faster and will not last for very long if it continues to be washed together with towels.

Gracie senora, thank you so much for explaining. Before I go, may you please answer the following FAQs on washing underwear? 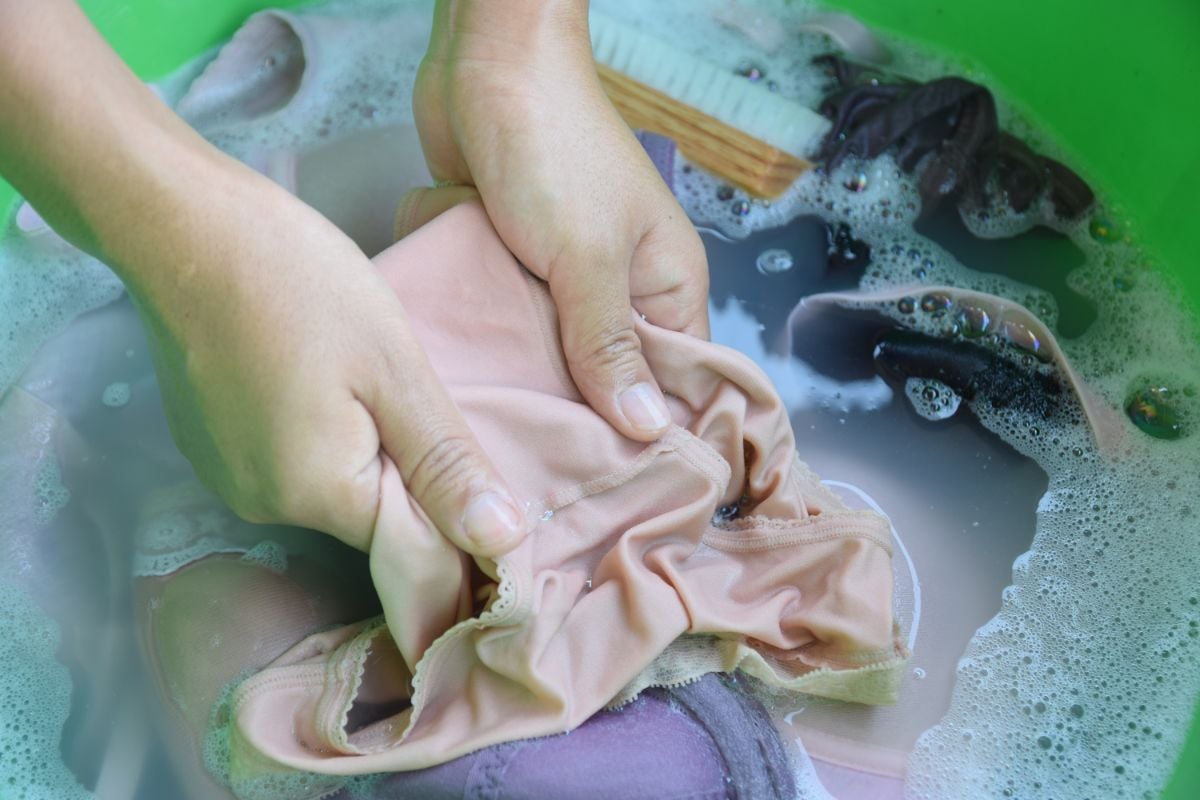 Q. How best should you wash delicate underwear and machine washable underwear?

A. Should you have delicate underwear such as lace or silk, and they happen not to be many, wash them by hand to save detergent and water. Doing so will ensure that you avoid damaging or ruining them in the washer.

If you must wash a small quantity of delicate underwear in the washer, use a short cycle. If the underwear is kind of bulky, put it in a mesh bag or pillow case, then wash using the delicate cycle of your washing machine.

Q. How often should you wash your underwear?

A. If you are in the habit of skipping the washing of your boxer briefs or lingeries after every wear, you’re doing it wrong. You’re expected to have loads and loads of them to change from, so you never have to wear a single one twice. As for bras, there’s some allowance; at least every 2 to 3 years is okay.

Q. How best should soiled underwear be washed?

A. If you’re dealing with this kind of underwear, wash them alone using hot water, laundry sanitizers, and the longest cycle possible.

For these categories of underwear, you want to wash them in a heavy-duty cycle, with hot water and a high-quality detergent having odor remover in it, for instance, Tide. That should banish the smell completely from the clothes.

Q. How can you kill bacteria in underwear?

A. Chlorine bleach has greater disinfecting powers compared to oxygen or non-chlorine bleach. It does a better job of removing germs and bacteria that accumulate on your underwear.

However, if bleach isn’t an option for your underwear (from the fabric label), then you can always opt for laundry sanitizers which are formulations specifically made to disinfect clothes.

Laundry sanitizers can come in different forms and are typically required to be added during the rinse cycle of your wash.

Q. How should I dry underwear?

Home Expert (Bot)
Hello, how are you? Ask me anything about interior design, home improvement, home decor, real estate, gardening and furniture.
32 shares