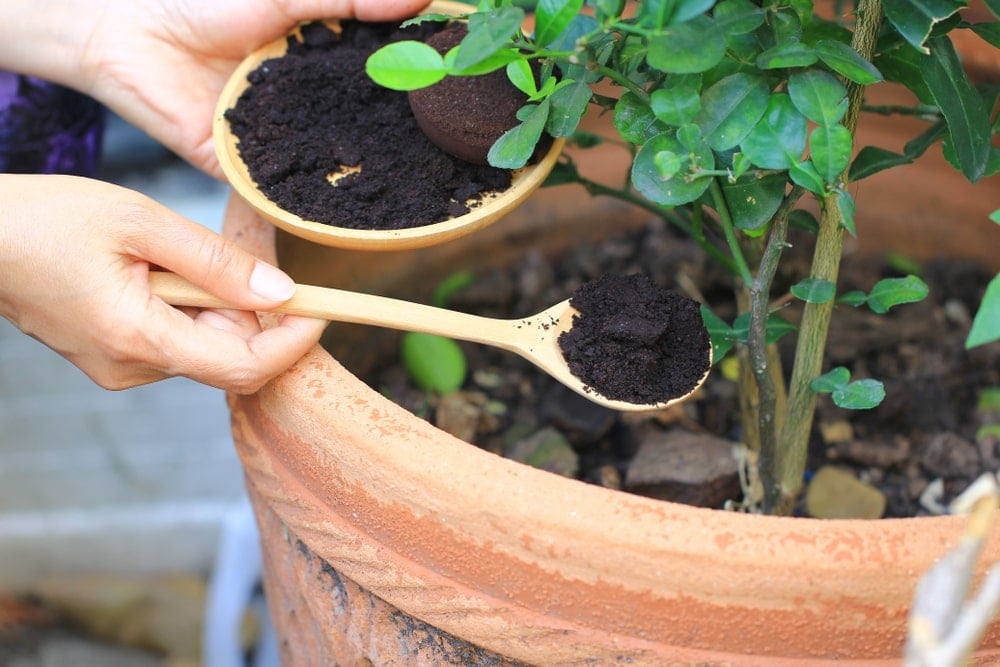 I have a rocky relationship with my plants. Unlike other living beings that I’m responsible for, they are quiet. They don’t tug at my pants leg and ask for water. They don’t walk to their food bowl and look at me expectantly.

This results in a problem. I forget to water them until they are on the verge of collapse. I promise to take better care of them. I’m going to repot them. I’m going to water them more often. My guilt-ridden conscience wondered what else I could do for them, and I stumbled on coffee grounds. Could that be the treat my plants need? Could it help to start new seeds?

Too Much of a Good Thing?

Coffee grounds have long been known as a great garden fertilizer. They have a high nitrogen content and can help raise the acidity in the soil. They are also said to help repel insects, although it’s not clear if this is effective.

The only exception was tomatoes. They state that tomatoes grew just as well in coffee grounds as in potting soil. This isn’t surprising, because tomatoes prefer soil with a ph from 5.5 to 7, which means it can tolerate acid or alkaline soil. Other plants like broccoli prefer more alkaline soil. Coffee grounds are acidic, so this could explain the differences in performance. You can find a list of plants that prefer acidic soil here.

Technically potting soil is not ideal to start seeds in either. Potting soil is dense and has, by definition, soil. Soil is not the best media for starting seeds. Peat moss or coconut coir fiber is a better option. These are the main component in seed starting mixtures. They are light and fine, which provides space for optimal root growth, and they help maintain the proper environment for germinating seeds. Once your seeds have sprouted, you’ll want to transplant them into potting soil. 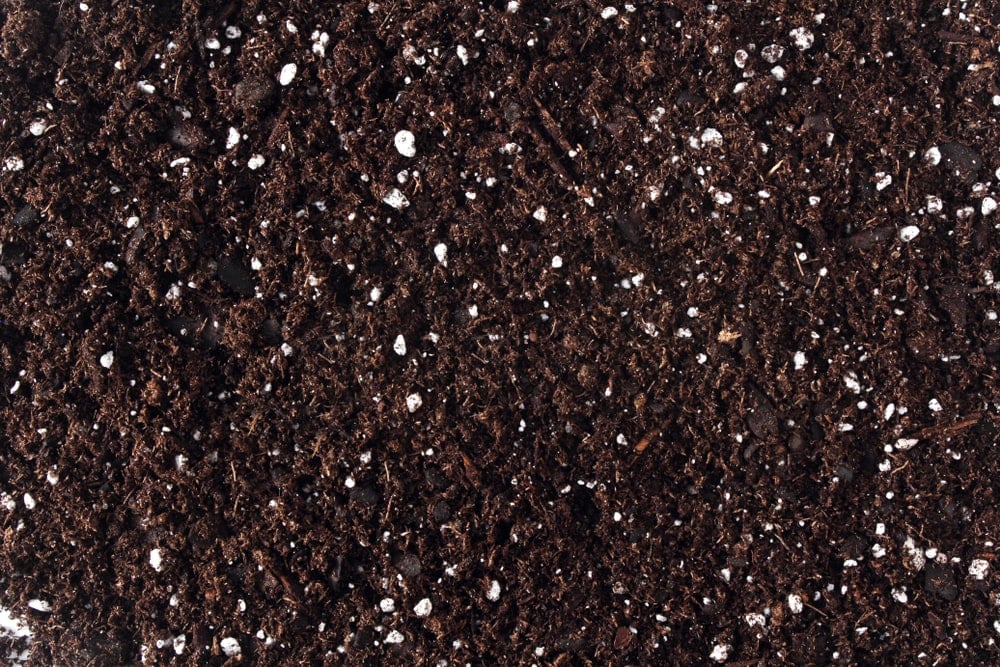 Seed starter mix can get complex, with many ingredients that provide benefits. However, what you need to start your seeds is fairly simple. Peat moss is controversial because it’s considered unsustainable. Coconut coir has more nutrients than peat, so it’s a great substitute and it’s environmentally friendly.

How to Make Compost 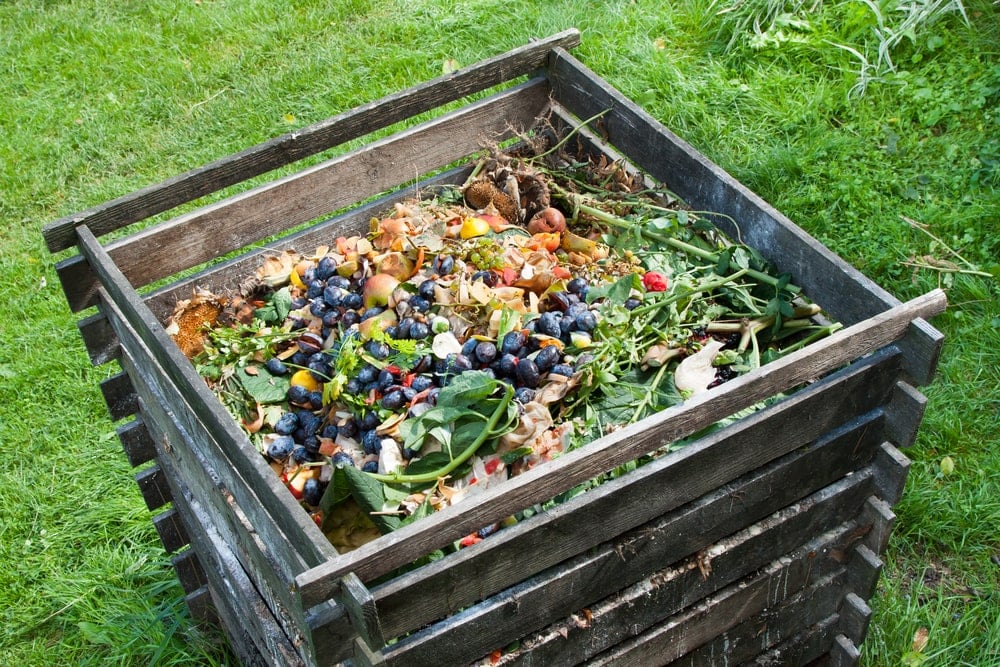 Compost can divert 30% of your household trash (including those coffee grounds) into a useful soil supplement. It can be used for all stages of plant growth, from starting seeds to fertilizing mature plants. Your compost should be comprised of 1/3 green to 2/3 brown.

Despite its color, coffee grounds are considered a green. Other greens include lawn clippings, kitchen waste, tea, manure, and green leaves. Browns include brown leaves, twigs, sawdust, brown paper bags, eggshells, pine needles, cardboard, and wood ash. You’ll want to shred the items before adding them to your compost.

To create your compost, begin with straw or twigs. Then add a layer at a time, alternating between dry and moist materials. Food scraps and tea are considered moist. Water the compost and turn it every few weeks. Keep it covered so it will retain heat. It takes about 4-6 months for compost to break down.

No Compost? No Problem!

But I Want to Use My Coffee Grounds 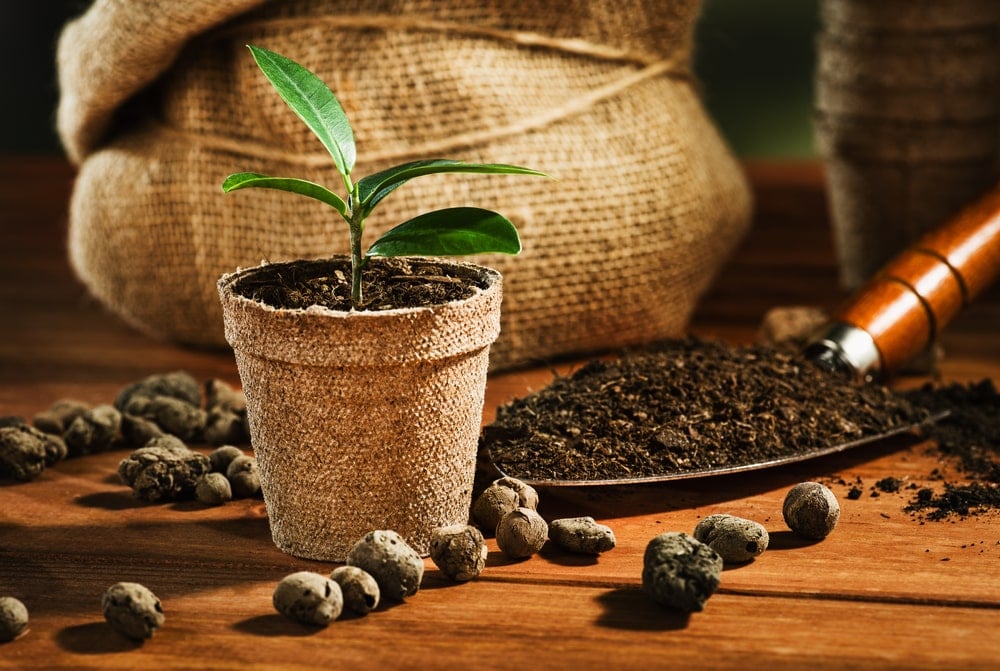 You can use your coffee grounds for starting seeds, just not like the media. You can make your own biodegradable starter pots using two ingredients. Coffee grounds and flour.

For each pot you’ll need:

You’ll mix the flour and coffee grounds, then add water. You’ll need some type of pot. You can either use an existing biodegradable flower pot and use the process to make it last longer or use a small standard pot as a mold. You can then remove the pot if you want to keep the biodegradable aspect of the pot. Take the mixture and spread it all around the pot evenly. Make sure the bottom is flat and that there are no gaps.

You can even add a logo to the pot if you wish. Balsa wood is a good option for a logo. Just cut it into the shape you want and apply it to the pot. Next, you will bake the pot to dry it. You’ll bake it for 40 minutes at 250 degrees. Now it’s ready to plant.

his is an excellent way to start seeds. You can use these pots to start seeds indoors, then plant them in the ground later. As the pot breaks down over time the coffee will act as a slow-release fertilizer. It’s also an excellent environmentally friendly way to pot your kitchen herbs.