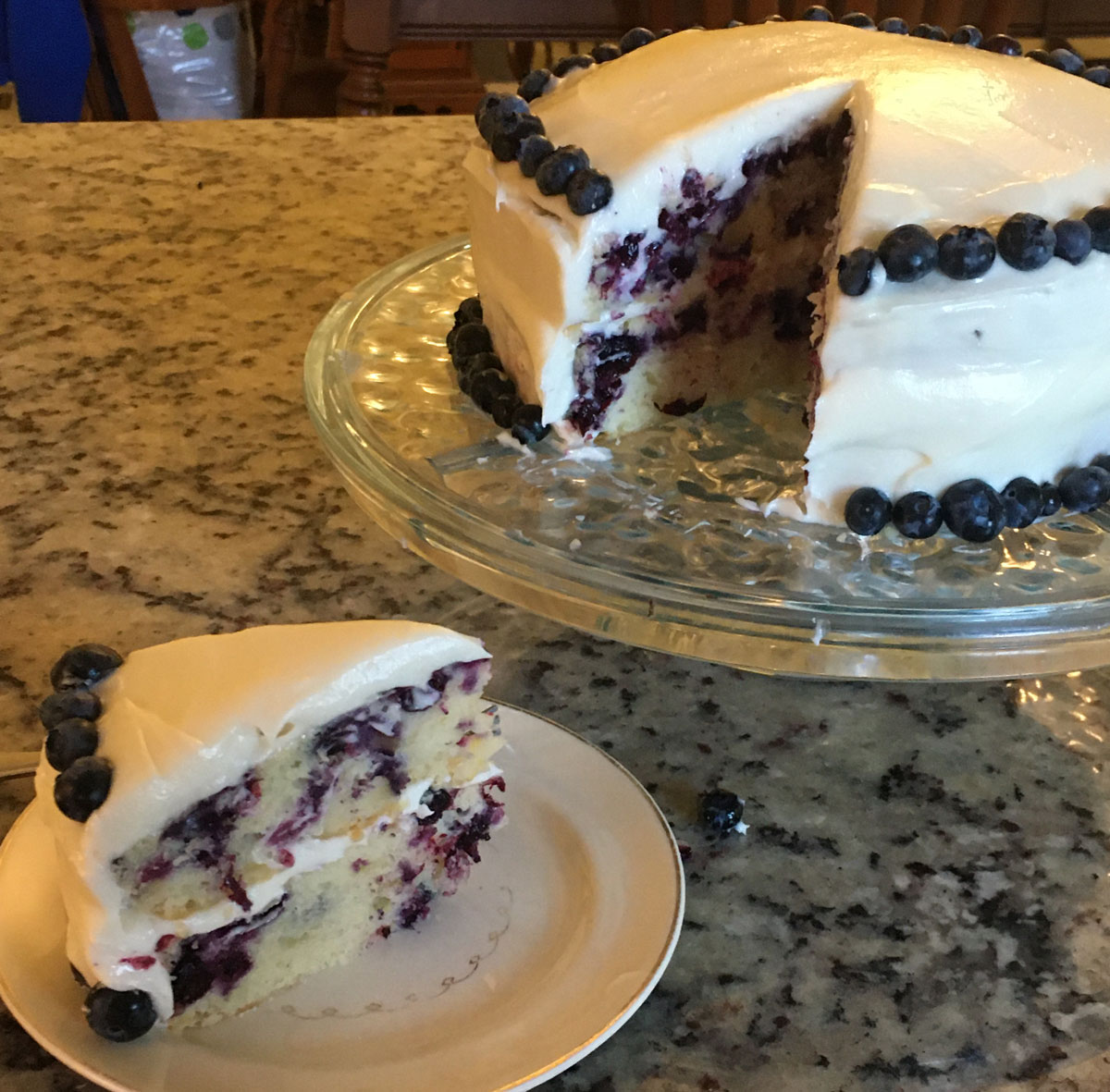 Have you given up on making cakes from scratch? It can sometimes seem that making a cake from scratch is impossible. Often, homemade cakes are heavy, dry, and the texture is coarse. Repeated failures can have you reaching for a box of cake mix and deciding to leave cake baking to the professionals. Don’t give up! With this recipe, you can make a successful and delicious cake. 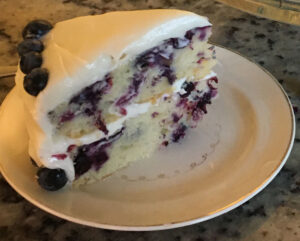 April Freeman
Blueberries are a sweet, tangy favorite and the taste of lemon accentuates the deliciousness of these colorful berries. Our recipe for Blueberry Cake With Lemon Cream Cheese Icing combines these two classic flavors to make a cake that is tender, sweet, and beautiful. This cake is perfect for a bridal or baby shower, a birthday, or just as a tasty dessert any time of the year.
Print Recipe Pin Recipe Add to Collection Go to Collections
Prep Time 40 mins
Cook Time 35 mins
Total Time 1 hr 15 mins
Cuisine American
Servings 10 Slices