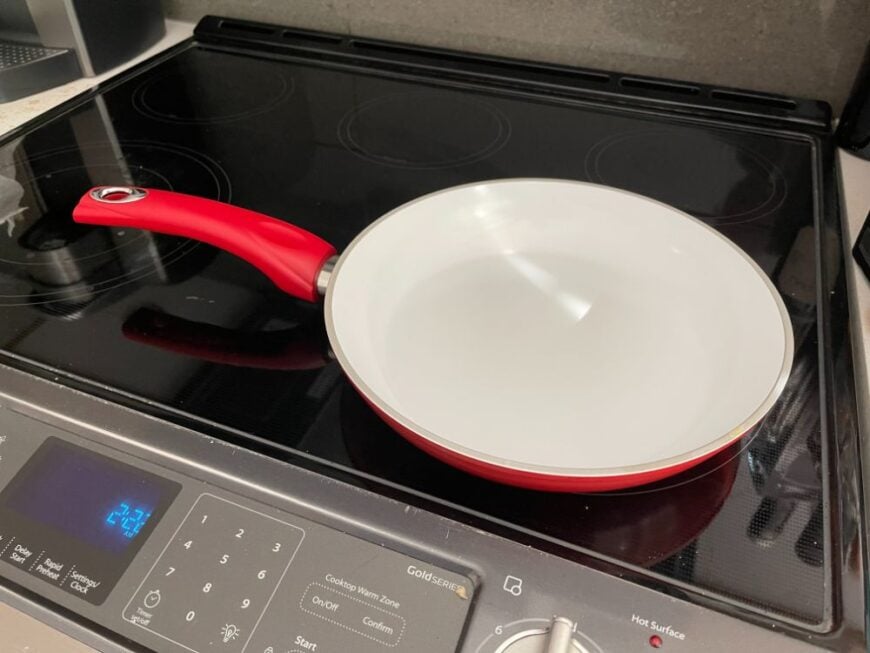 My buying the Bialetti Aeternum ceramic frying pan (the flashy red one) was unplanned and more an accident than a planned purchase.

I had just moved to my new office which is really just an apartment I use for my office and was working away one day when I felt like fried eggs.  I had a few plates, some utensils and that’s about it.  No frying pan.

Fortunately, there’s a small grocery store close by and I knew they sell some kitchen wares.  I also knew I’d pay too much for it there (compared to places like Amazon or Walmart) but I really wanted some fried eggs.

I hit the store’s small kitchen wares aisle. I had two frying pans to choose from.  I opted for the bigger one which turned out to be the Aeternum frying pan.  While I’m going for a more black and white neutral motif in my office, I was fine with the flashy red and white.

At home, we have a stone finish frying pan which I really like so I wasn’t sure how much I’d like the more glossy, slicker ceramic style frying pan.  I had a hunch I wouldn’t like it as much as the stone finish.  Turns out my hunch was correct but it’s really splitting hairs.

Let’s get into the details.

Overall, I like this pan just fine but it’s not the best frying pan I’ve ever used.

This thing is ridiculously non-sticky.  The ceramic works well.  When I run my finger along the surface it reminds me of when Clark Griswald put a “non-chloric, silicon-based kitchen lubricant” to grease his sled.  That’s how slick this frying pan is.

I don’t cook a whole lot in my office but I fry up ground beef, do eggs and heat other things up somewhat regularly with and nothing sticks.  Cooking fried eggs with it is most impressive.  They just slide around as if on ice.

Here’s me frying a slice of cheese:

If cheese doesn’t stick, nothing will.  Well maybe something will but nothing I fry.

This thing weighs quite a bit and I can feel it’s rock solid. The handle is attached securely to the pan. The pan itself is heavy, which I like when cooking.  You can see that it’s a thick metal by the thickness of the rim.

The handle isn’t too long but long enough to grip it well with a medium-soft grip so that it’s comfortable to use.

Okay, I don’t put it in the oven much but I can if I wanted to.  Even though the handle is silicone, it’s oven-safe which is great.  The way I figure it, the more any particular kitchen gadget can do, the better as long as it can do it’s primary function well.

Would I buy it again?

I have no issue with this frying pan.  It does what it says it does and that is being non-stick.  Check out more photos of this pan in action frying a slice of cheese.

Photo gallery of this frying pan

Here are a few more photos I took: 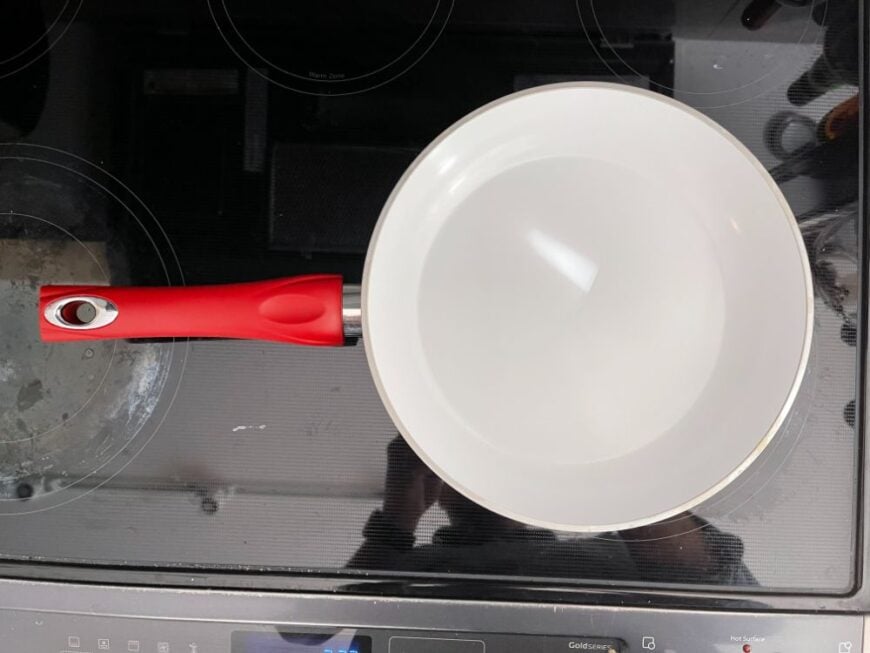 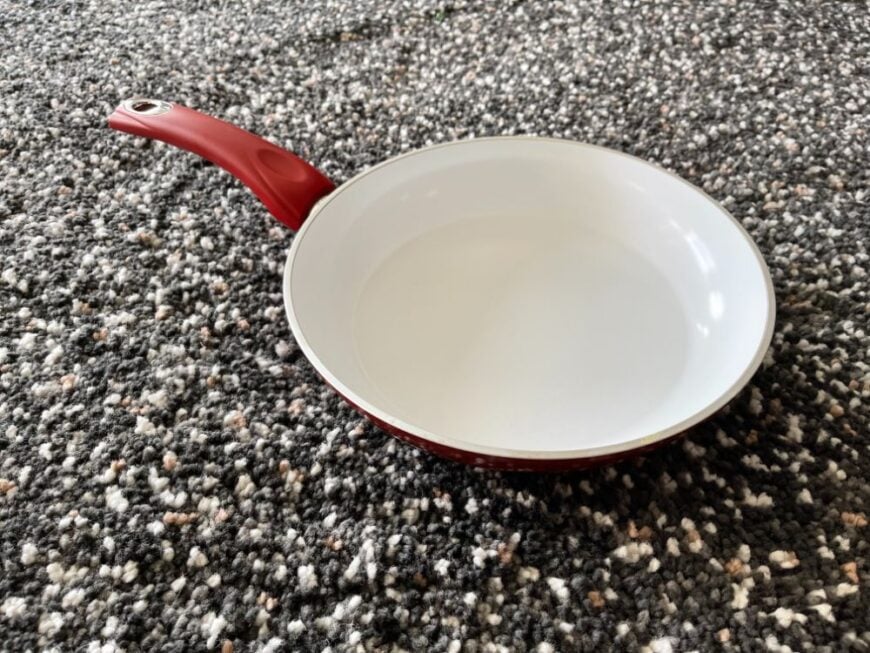 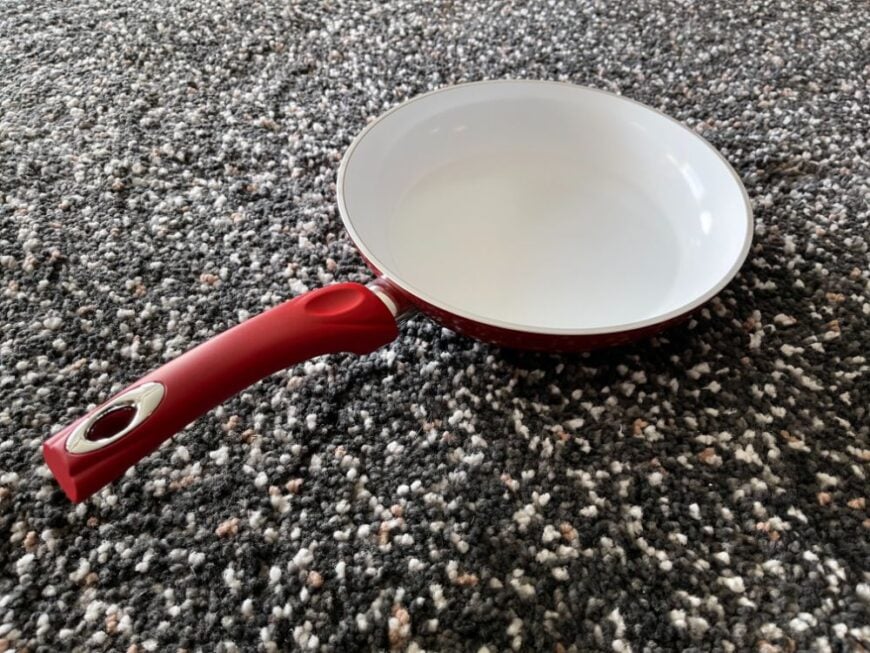 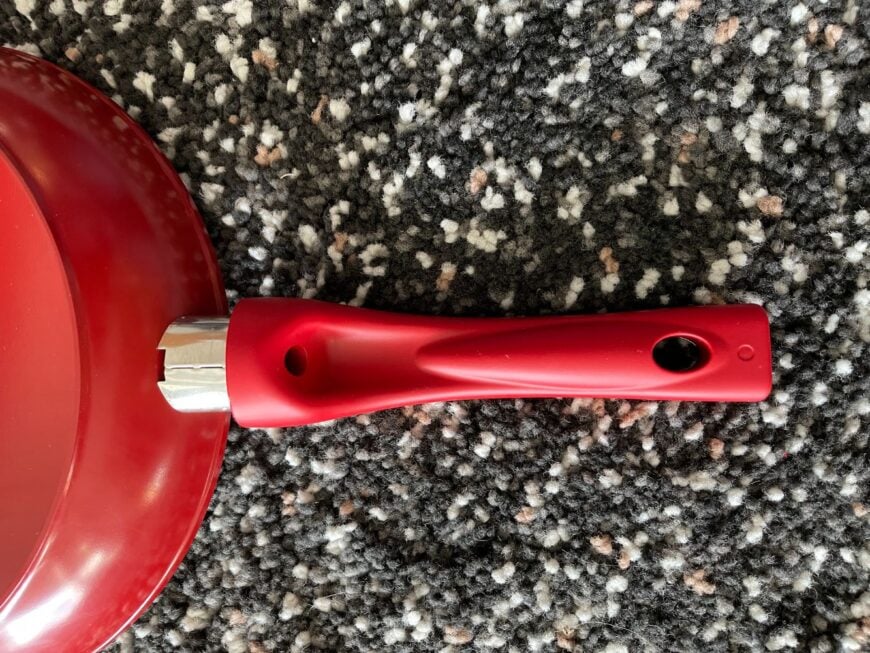 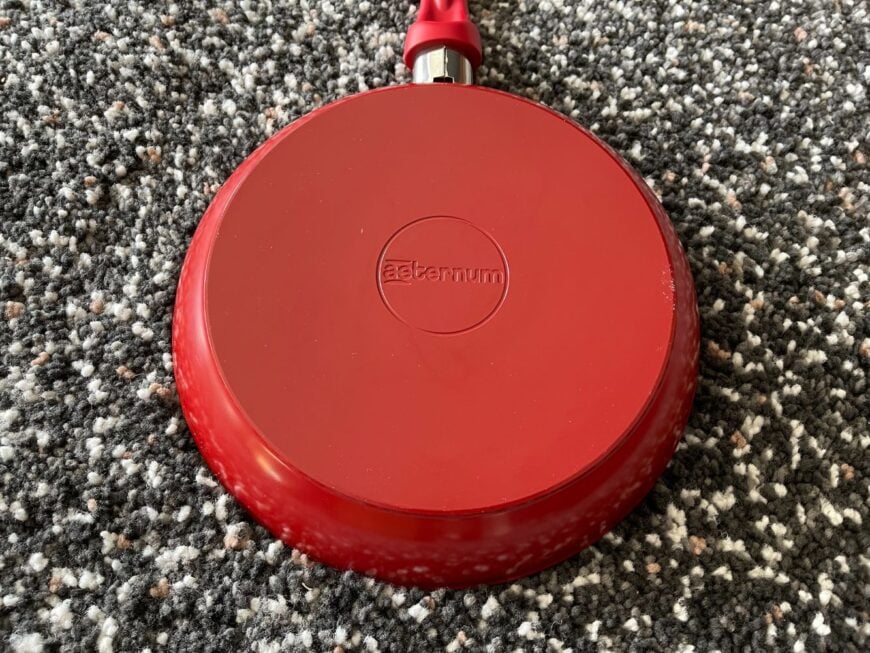 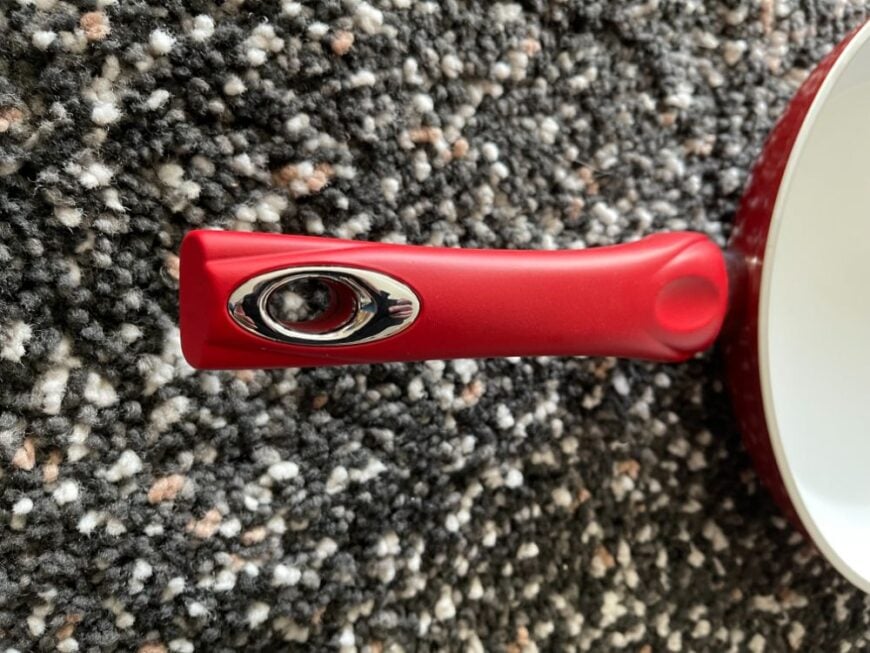