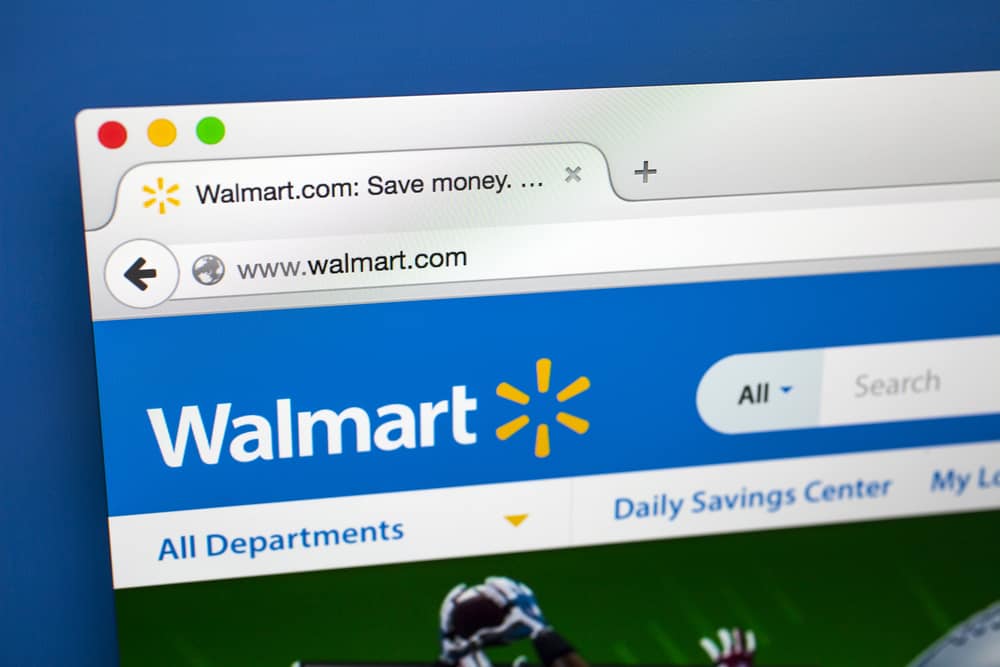 Best Buy is one of the largest consumer electronics retailers in the U.S. They have physical stores and online sites for selling electronics, computers, appliances, mobile phones, video games, and more. The giant retailer has made it convenient for their customers to shop at their physical chains or online but other competitors have also raised the bar by offering more deals and discounts. 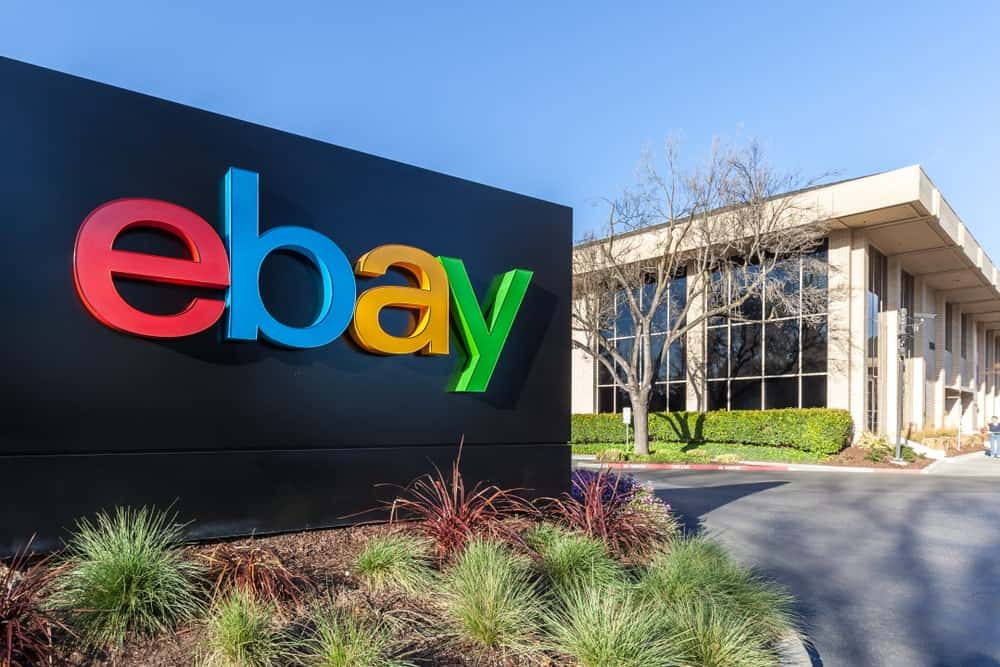 The online store known as eBay allows you to both bid on products and purchase them outright. You have to be familiar with the prices of the items you’re looking for to make sure that you get a good deal, but otherwise shopping at eBay is a lot easier than most people realize.

eBay is great for a variety of electronic products, and if you know what you’re doing you can get some exceptional deals. 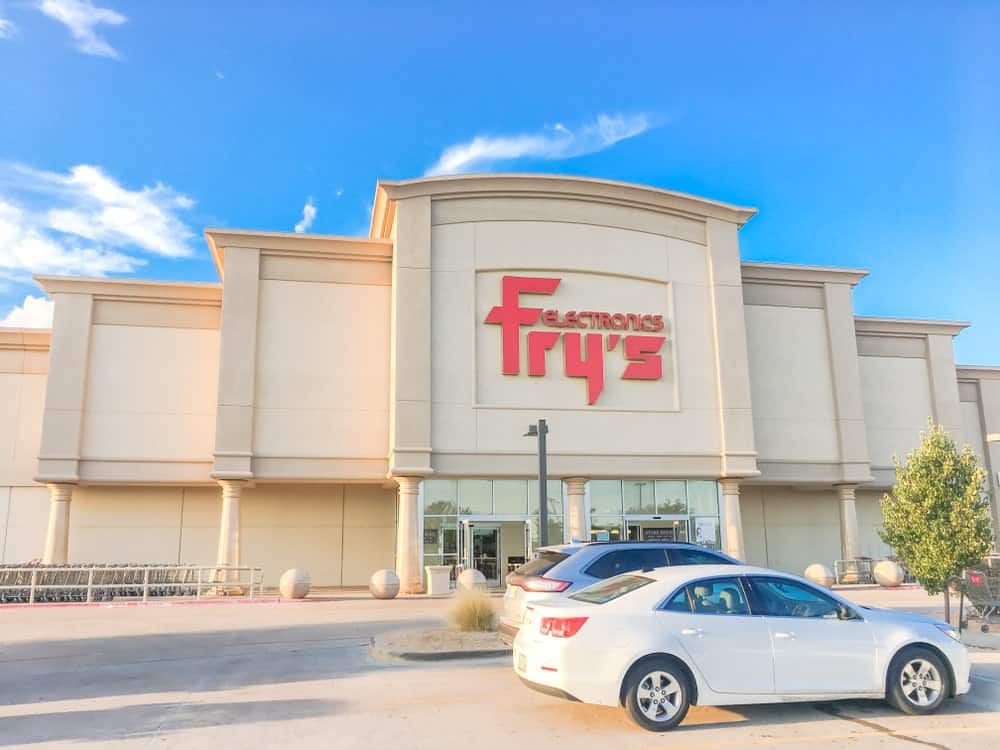 Fry’s is an American retail store chain that sells consumer electronics and software. It was founded in 1985, and it sells everything from laptops to cell phones and home theater systems to television sets. The store is headquartered in San Jose, California, and its range of products is comparable to Best Buy.

Although customers’ experiences vary according to location, Fry’s is a nice store that seems to have a very large inventory of items which are priced so that most people can afford them. 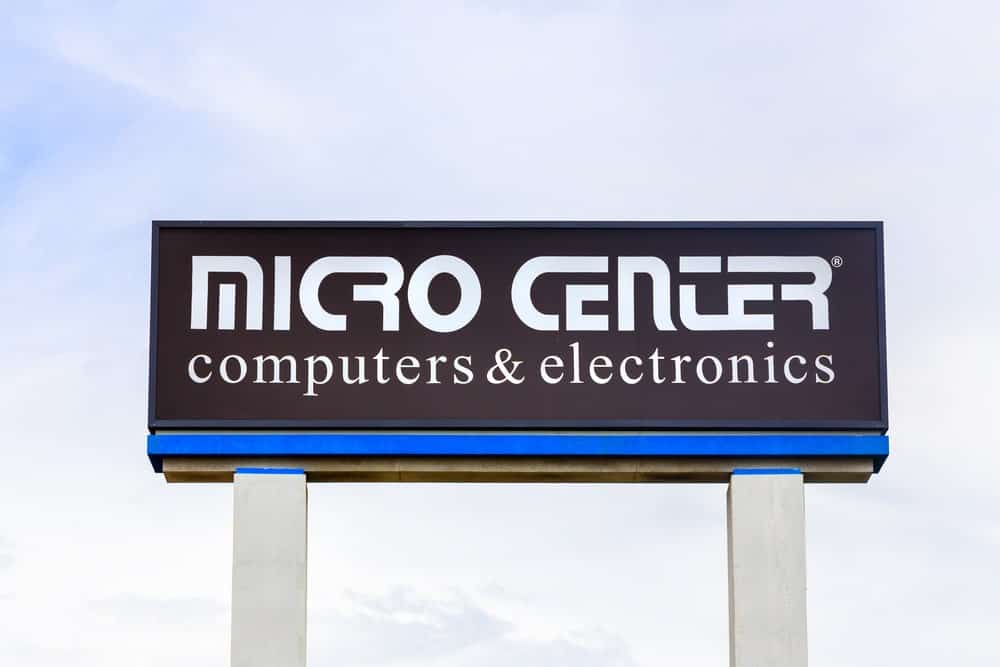 Micro Center is headquartered in Ohio and was founded in 1979. It specializes in electronics and computer products, and it has 25 branches across the United States. Its inventory includes items such as cell phones, software, portable electronics, and television sets, to name a few, making it a great alternative to Best Buy.

Micro Center is also unknown to many people, but that doesn’t mean it is unpleasant to shop there. The store features a very good inventory and reasonable prices, and if you visit their e-store, the experience should be fast and easy for you. 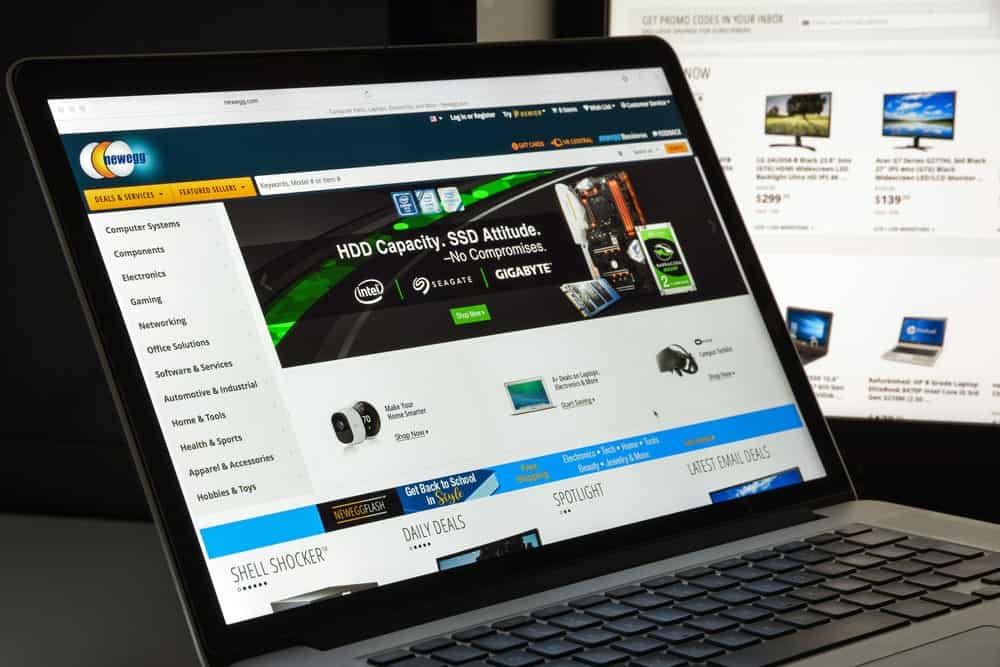 Newegg is an online store that sells items such as software, cell phones, hardware, home appliances, office products, security cameras, and tools, to name a few. Founded in 2001, Newegg is worth checking out before you make a purchase because of its discount prices and large inventory.

Although it is convenience for people to order online through sites such as Newegg, the inventory can vary day by day, and you may not always find what you want. However, because ordering online can be both simple and fast, stores such as Newegg are gaining in popularity all the time. In addition, stores such as this usually have continuous sales and discounts, making the experience much less expensive in the long run. 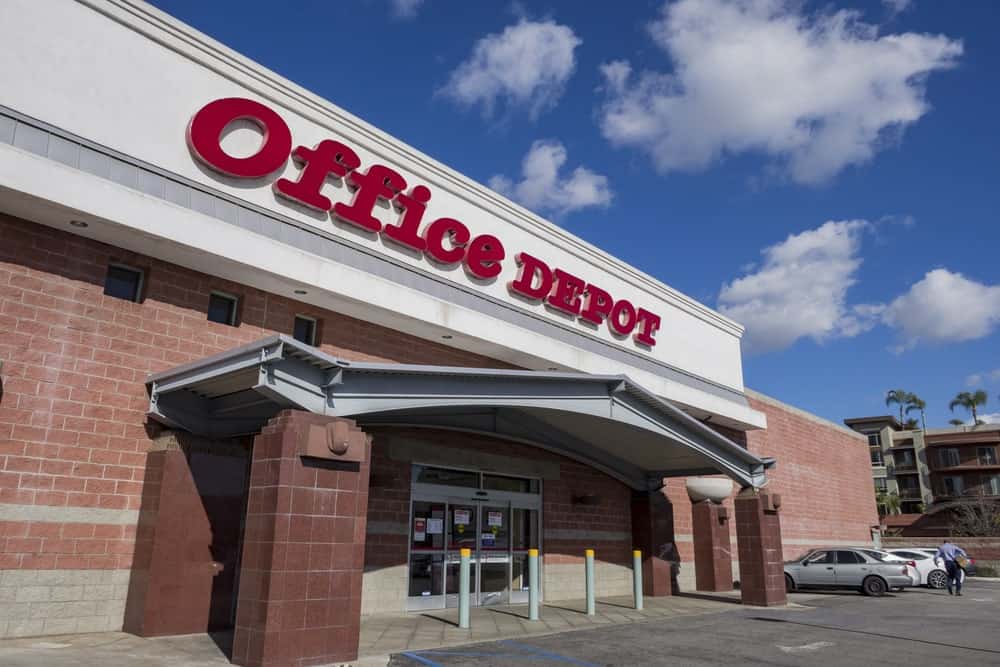 Although not an actual electronics store, Office Depot usually has a large selection of electronics, including computers, cell phones, printers, and all types of software and hardware. Headquartered in Florida, Office Depot has been around since 1986 and has over 1,900 retail stores all across North America.

Because the store specializes in office products, Office Depot doesn’t have items such as television sets and home appliances. However, they carry almost any type of office supply you can think of, and this comes in handy at certain times of the year, including the beginning of the school year.

Overstock was founded in 1999 and sells everything from wristwatches to consumer electronics and clothing to furniture. They promise to sell their products for up to 75% off of prices offered by regular stores, and they are only found online, which means they are easy to work with.

Although the reviews are mixed about this store, they still sell high-quality products at reasonable prices, and their selection is quite varied overall. 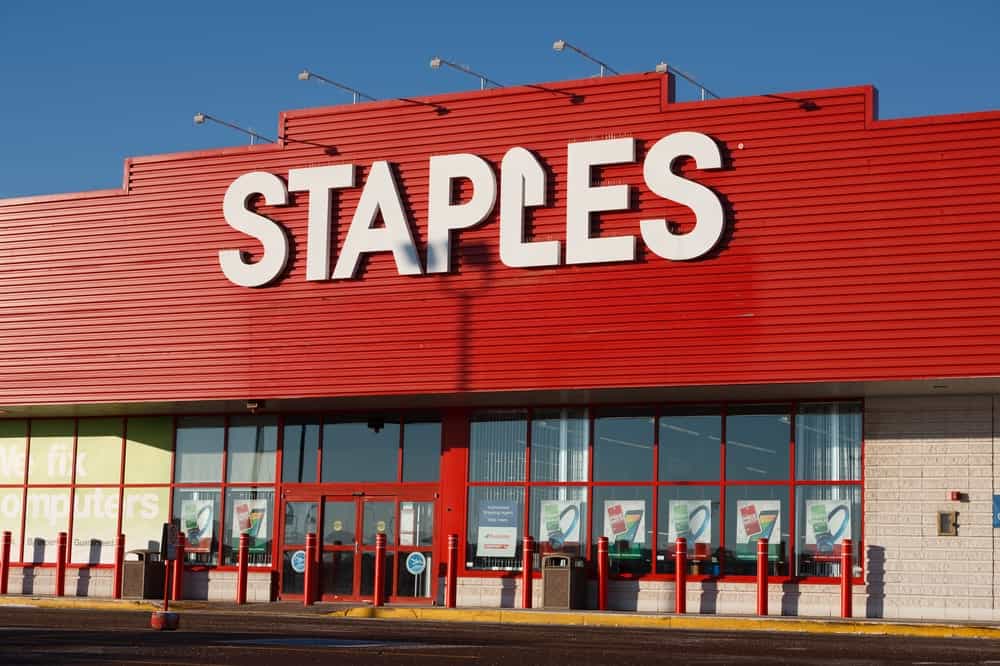 Although it specializes in office supplies, Staples offers products such as office furniture, electronics, health and beauty products, and even IT consulting. It is based in Massachusetts and has over 4,000 stores in 26 countries across the globe. Their products are high quality, and you can shop either in person or online.

Staples is more like Office Depot than it is Best Buy, but you can still find a lot of the same items there that you can at Best Buy. Staples is also easy to find because it has so many locations, and its online store is user-friendly and convenient. 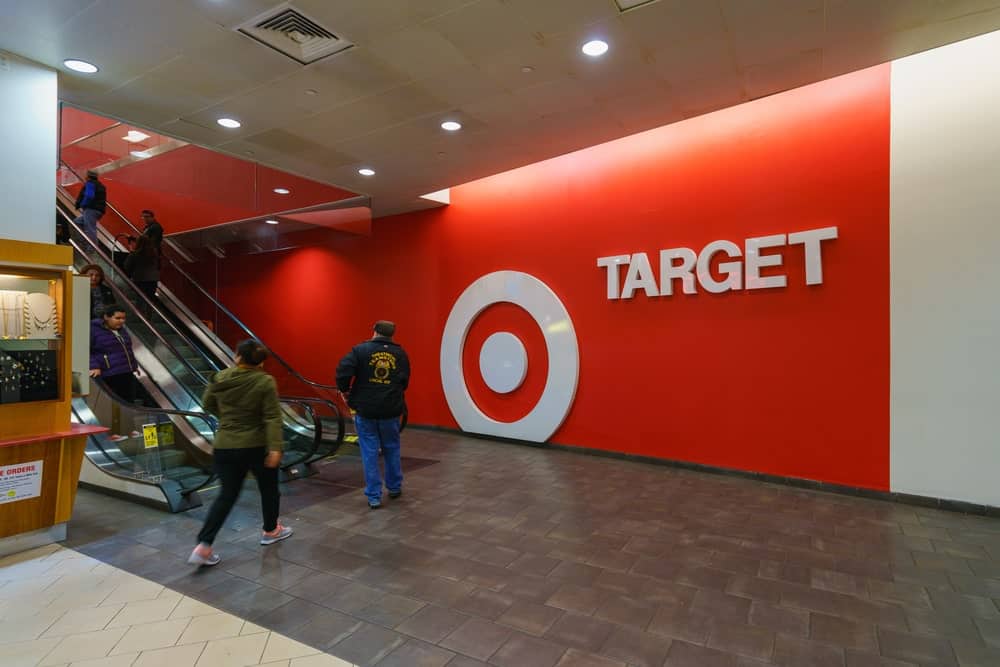 Target is the second-largest chain of retail stores in the United States. Founded in 1902, Target is headquartered in Minnesota and sells everything from sporting equipment to tablets and television sets to clothing. It is a reasonably priced store and has an eye-catching layout that enables people to enjoy shopping there, making it a great alternative to Best Buy.

Target is not only a great alternative to Best Buy but also to other discount retail stores. Although its electronics section is relatively small in size, it does tend to have almost everything people are looking for, making it a fun and simple place to shop at.

Tiger Direct is an online store that specializes in consumer electronics and computers. Founded in 1987 and headquartered in Florida, Tiger Direct is known for its large selection of products such as printers, laptops, monitors, tablets, and networking equipment. You can also shop at their brick-and-mortar stores; however, it is mostly known for its e-commerce capabilities.

Tiger Direct offers thousands of products for your convenience, and because they offer almost continuous sales and discounts, it is easy to purchase what you need at prices you can afford. They also serve both individuals and business owners, so if you need to order large quantities of a certain product, it is easy to do so. 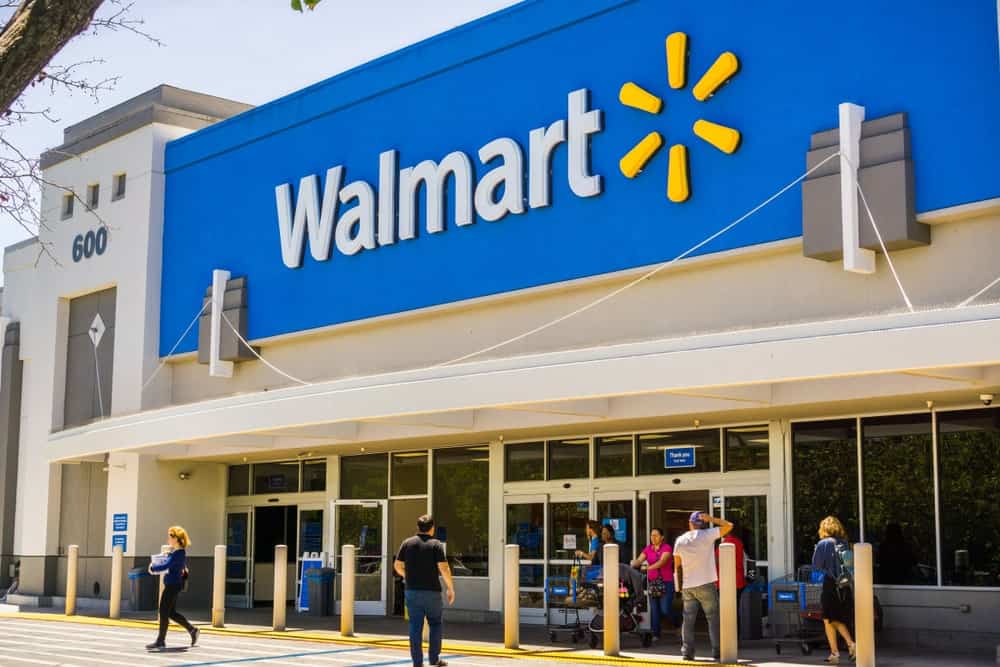 Headquartered in Arkansas, Walmart is world-famous and has over 11,000 stores across the country. They sell almost everything you can think of, including music, home furnishings, jewelry, pet supplies, and sporting goods, among many others. They also offer fast, simple ways to shop there, including online ordering and Walmart grocery pickup services that allow you to get your groceries without getting out of your vehicle.

Because of the large inventory that Walmart provides, many people shop only there for whatever it is that they need. They also have a program that allows you to receive the difference should you find an item in another store that is cheaper than theirs, so the store really does save people a lot of money. 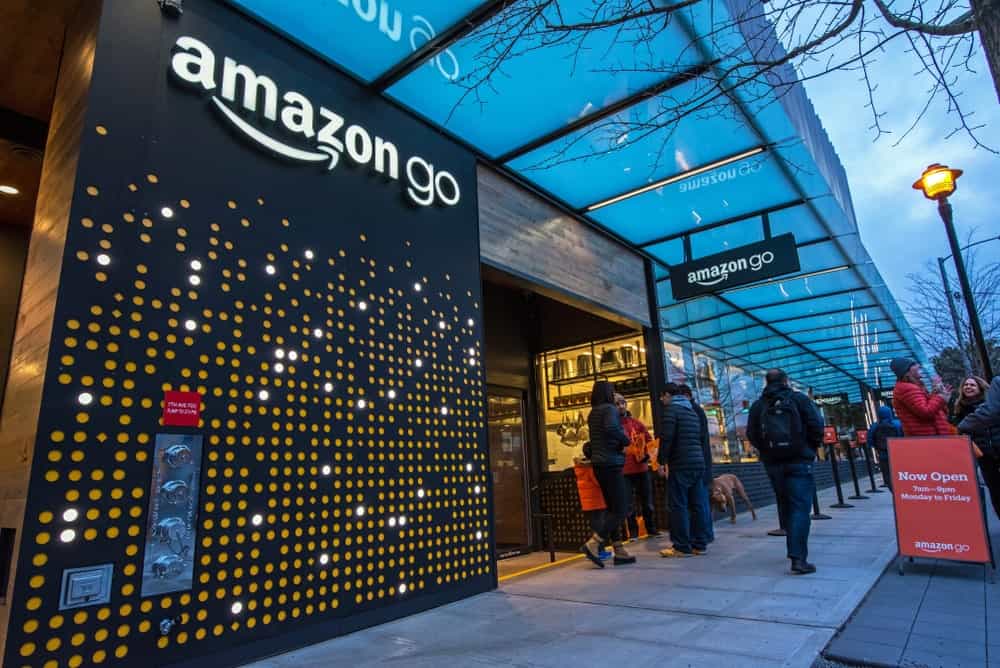 Amazon is a tech giant is the largest Internet retailer in the world as measured by revenue and market capitalization, and second largest in terms of total sales. The amazon.com website started as an online bookstore and later diversified to sell video downloads/streaming, MP3 downloads/streaming, audiobook downloads/streaming, software, video games, and electronics, among others. The company’s biggest strength is the presence of both its physical and online stores, thereby having a more global reach for consumers. 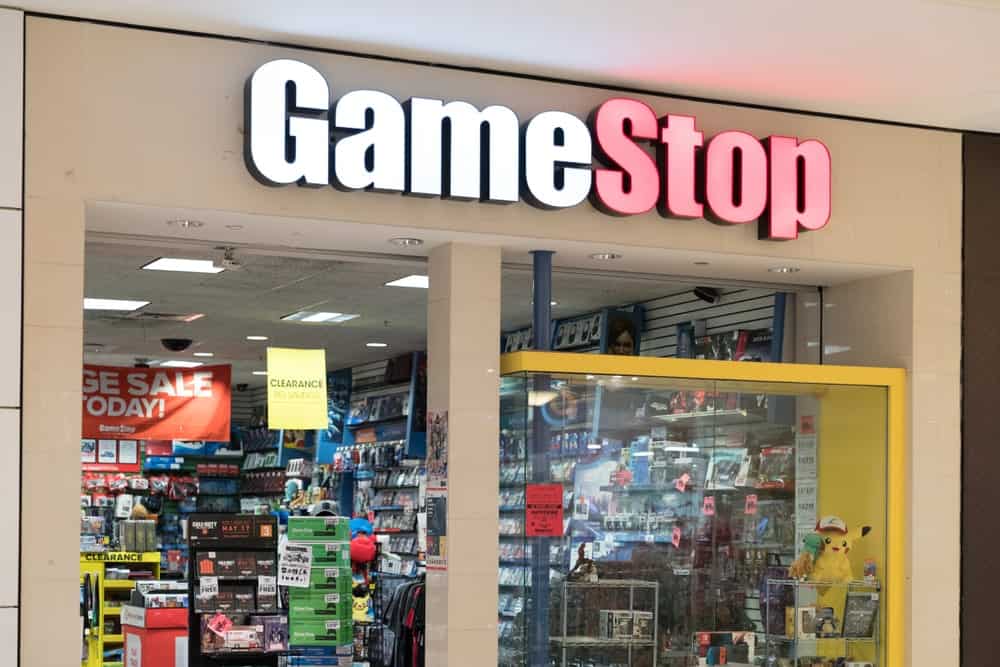 GameStop is an American video game, consumer electronics, and a wireless services retailer. The company is headquartered in Grapevine, Texas, United States, a suburb of Dallas, and operates 7,117 retail stores throughout the United States, Australia, New Zealand, and Europe. With thousands of stores around the world and a huge selection, it’s no wonder GameStop is a big name in the world of consumer electronics, particularly video games.

GameStop sets itself apart from other gaming stores by offering not only new titles but pre-owned titles as well, which often means big discounts for shoppers. Whether you’re looking for the latest release or what to catch up on older games, GameStop is one of the best places to shop. 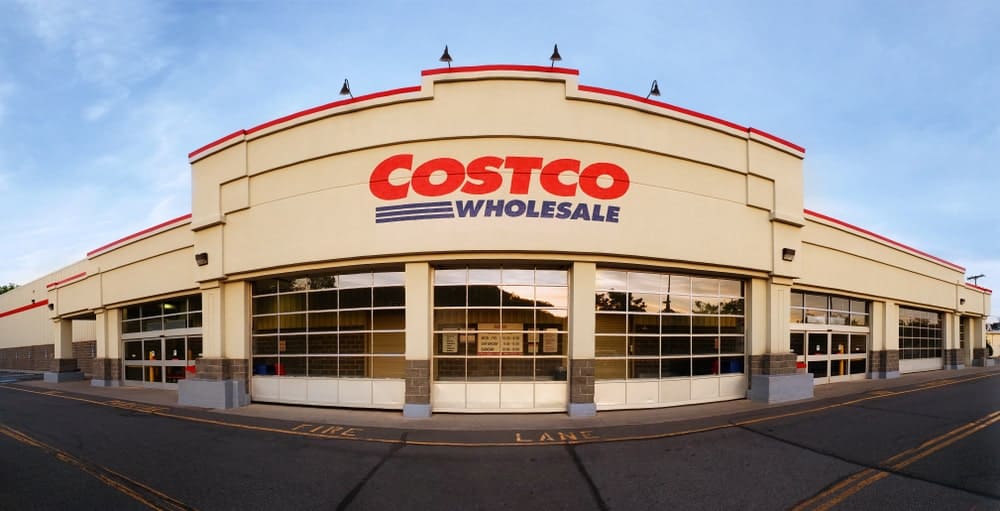 Costco is definitely one of most popular electronics retailers when it comes to wholesaling. Costco is a membership warehouse club, dedicated to bringing our members the best possible prices on quality brand-name merchandise. With hundreds of locations worldwide, Costco provides a wide selection of merchandise, plus the convenience of specialty departments and exclusive member services, all designed to make your shopping experience a pleasurable one.

Sears is a leading integrated retailer providing merchandise and related services and is part of Shop Your Way, a social shopping experience where members have the ability to earn points and receive benefits across a wide variety of physical and digital formats through shopyourway.com. Sears offers its wide range of home merchandise and consumer electronics through Sears-branded and affiliated full-line and specialty retail stores in the United States.

MiniInTheBox.com has been a business leader in selling blue-ribbon consumer goods since 2006. Their vision is to empower people worldwide in buying and selling online.

MiniInTheBox offers the same price to all: the lowest possible. They buy directly from an ever expanding network of Chinese wholesale manufacturers so they can keep costs low while maintaining the highest of standards. They currently serve customers from over 50 countries. 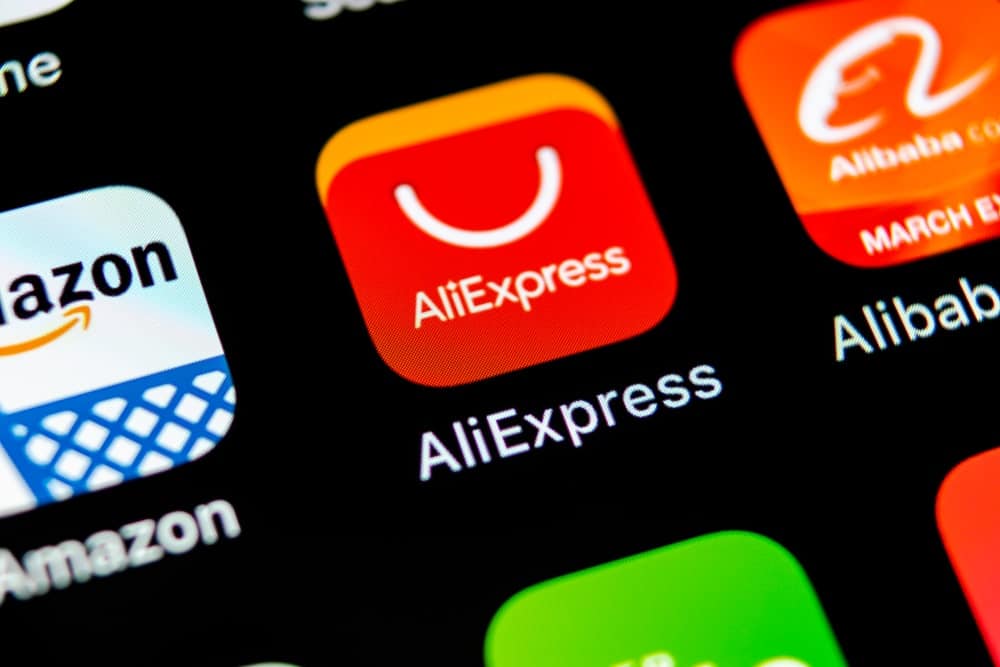 AliExpress is an online retail service based in China that is owned by Alibaba. Launched in 2010, it is made up of small businesses in China and elsewhere, such as Singapore, that offer products to international online buyers. It facilitates small businesses to sell to customers all over the world, and one can find almost anything for sale. It is more accurately compared to eBay, as sellers are independent, using AliExpress as a host to sell to consumers and other businesses.