A decadent dessert made of sour cream and cream cheese, cheesecake is a favorite because of its rich texture and mild flavor. Cheesecakes can involve complicated multi-step recipes. However, our recipe is perfect for a beginning cheesecake baker. And yet, it is just as delicious as the difficult cakes. 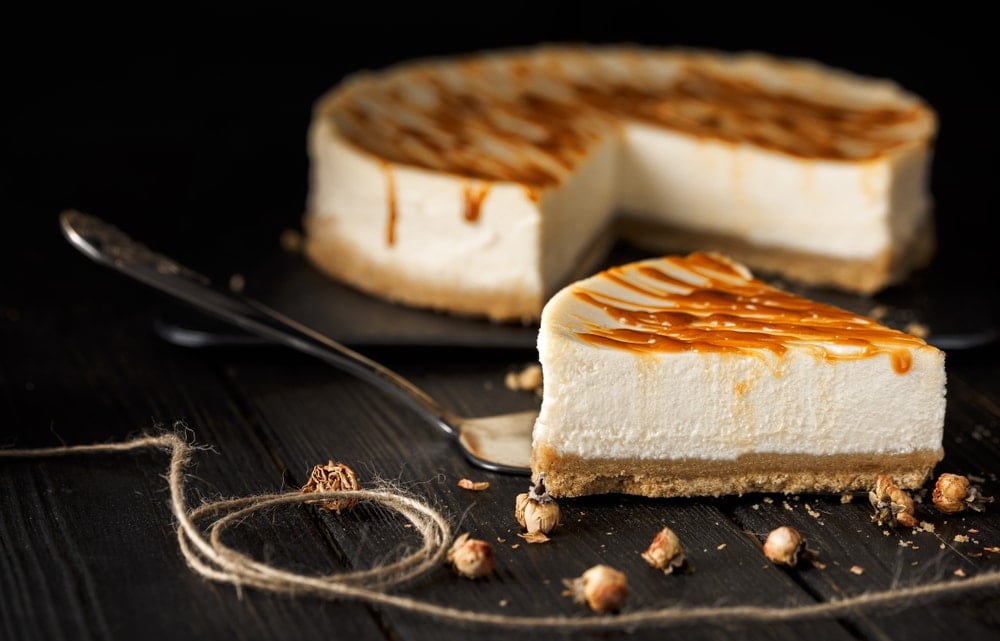 Cheesecake likely has its origins with the ancient Greeks. Archeologists have found indications that cheese molds existed around 2000 years before the time of Christ on the Greek island of Samos. Even during the first Olympic games, athletes were given cheesecakes to eat. Their trainers figured that the cheesecakes would be a great source of energy so that they could compete more effectively. 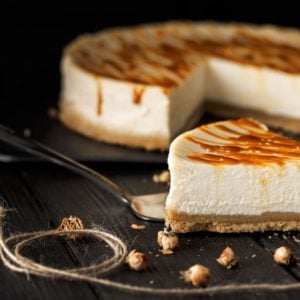 April Freeman
Loaded with the richness of cream cheese and sour cream, cheesecake is a recipe that most consider to be decadent and delicious. Despite the fact that a cheesecake is not necessarily a true cake, that doesn’t stop many people from enjoying it as a delicious treat for birthdays and other celebrations.
Print Recipe Pin Recipe Add to Collection Go to Collections
Prep Time 25 mins
Baking Time 1 hr
Total Time 1 hr 25 mins
Cuisine American
Servings 10 Servings

When the Romans took over the Greek Empire, they adapted the recipe and made changes. The Romans are the ones responsible for beginning to bake cheesecakes. They also began adding eggs and serving them in a pastry shell. The Romans spread the love of cheesecake through other portions of Europe. It wasn’t until the 18th century that cheesecake began to resemble the very sweet dessert that modern cheesecake has become. The English began to omit the yeast that other recipes included and started stirring in flavorings like currants, brandy, or orange blossom water. In 1872, modern cream cheese was invented which made the creation of the modern cheesecake possible. Over the years, cheesecakes have taken on different forms, depending on where the cheesecake was created. New York, Philadelphia, and Chicago are all different versions of cheesecake, varying in the amount of cream cheese, the density of the final product, the addition of sour cream, or the inclusion of a bottom crust. While some versions of cheesecake are rather complicated to make, our basic cheesecake recipe is exactly what the title says. It is a basic version of a simple cheesecake. If you have never before made a cheesecake, this recipe is the perfect starting point. Our recipe has a graham cracker crust and a filling made from cream cheese and sour cream. You definitely will need an electric mixer to create this cheesecake. You will not be able to beat the sour cream smoothly enough without it and your cheesecake will have an unappealing texture. While our recipe calls for a springform pan, if you don’t have one, you can make the cheesecake in a pie pan or a cake pan. The hard part though is that the first slice or two will be a little difficult to remove from the pan.
Keyword Basic Cheesecake, Dessert, Recipe