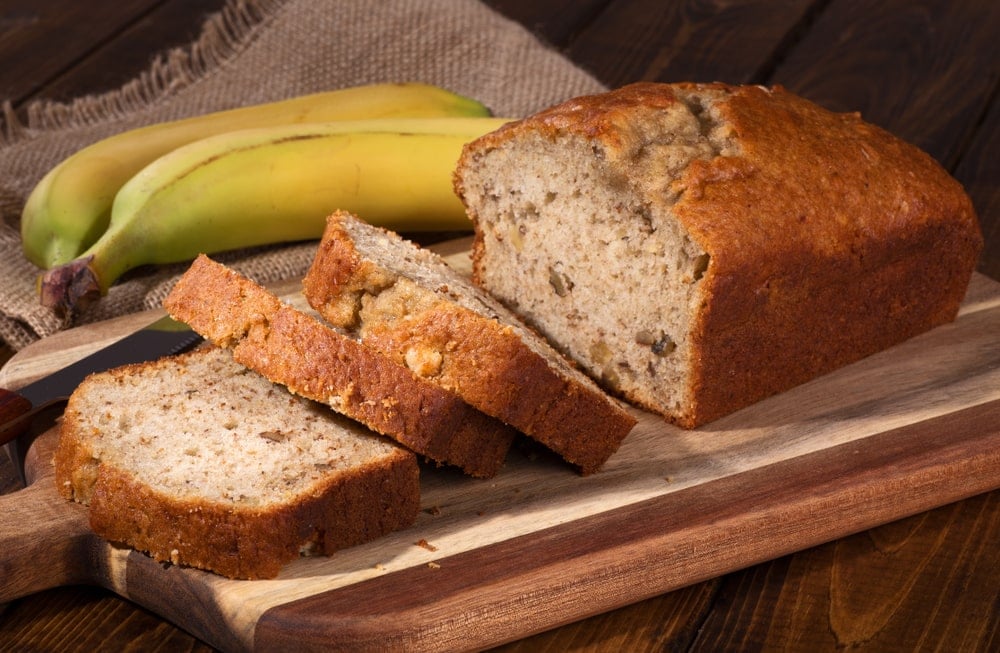 When you’re trying to make the most of your grocery budget, wasting any food is a big no-no. This recipe for banana bread can make good use of those bananas that are a bit too far gone for eating fresh as a snack. If your bananas are turning black and you won’t be able to get to baking a fresh loaf of banana bread before the weekend, you can peel the bananas, stick them in a ziplock freezer bag, and stash them in the freezer until you get around to baking the bread.

When you’re ready to bake, simply remove the bananas from the freezer and allow them to thaw at room temperature for a few hours before you plan to bake the bread. Use the thawed bananas the exact same way that you would fresh bananas in the recipe. 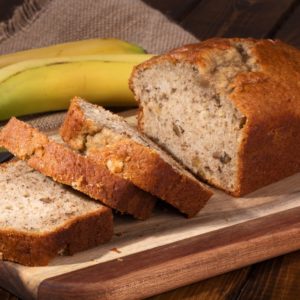 April Freeman
Technically, it’s more like a cake than an actual bread, but banana bread is a wonderful snack that’s not overly sweet. Packed with banana flavor and always moist and tender, banana bread is a great way to welcome a new neighbor to the neighborhood or a tasty snack for the grandkids after school.
Print Recipe Pin Recipe Add to Collection Go to Collections

Many people prefer to include nuts in their banana bread recipes. This recipe doesn’t include nuts but if you are a nut lover, feel free to include one half to a full cup of chopped nuts, stirring them into the batter at the very end, right before you put the batter in the pan. Many people like walnuts in their banana bread, but pecans are a delicious alternative if you don’t have walnuts on hand. In 1870, the first banana arrived in the United States in Jersey City, New Jersey. Captain Lorenzo Baker found some bananas in Jamaica and brought the fruit to Jersey City for sale. The fruit proved to be quite popular and Baker teamed up with Andrew Preston and several others to create the Boston Fruit Company. The purpose of this company was to handle the purchase and importation of bananas and other tropical fruits to the United States. Despite the introduction of bananas to the United States in the 1870s, it wasn’t until the 1930s that they were used as an ingredient for baked goods. At this point in time, baking powder and baking soda came onto the market and new recipes for using these ingredients became popular. Food historians also theorize that frugal cooks from the time of the Great Depression created banana bread as a way to make use of every bit of food in the house and avoid throwing away anything that could be eaten. The Cavendish is the name of the variety of bananas that is most familiar to consumers in the United States, but did you know that there are over 1000 different varieties of bananas in the world? No banana plants grow naturally in North America. Therefore, all varieties of bananas have to be imported from other areas of the world, mostly South and Central America.
Keyword Banana Bread, Bread, Recipe, Snack