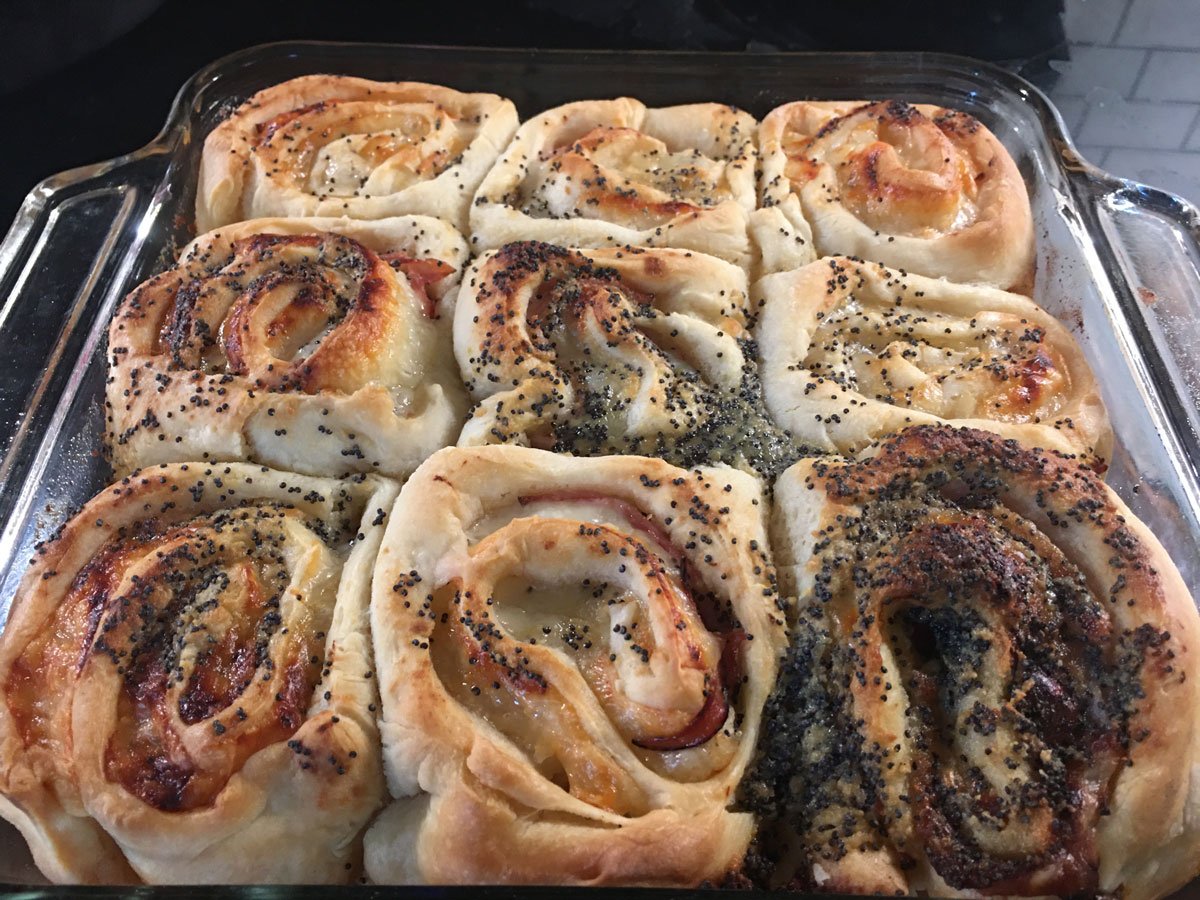 Many people are so rushed in the mornings before leaving for work, that they feel that they don’t have time to sit down and eat breakfast. And, with getting the kids up and out the door, gathering lunches, letting the dog out, and making sure that everyone has all that they need, of course, sitting down to eat breakfast is pretty low on the priority list. 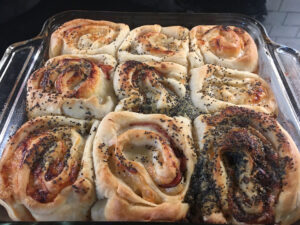 April Freeman
Are you looking for a recipe for breakfast that can be taken on the go and still includes plenty of protein and fat? Our recipe for Baked Ham and Cheese Roll is a perfect option that can fill you up but won’t leave you hungry in a few hours. Additionally, this recipe tastes great!
Print Recipe Pin Recipe Add to Collection Go to Collections
Prep Time 20 mins
Cook Time 40 mins
Rising Time 40 mins
Total Time 1 hr 40 mins
Servings 9 Rolls

Sometimes, people grab a “to go” breakfast out of the pantry, but things like pop tarts, packaged muffins, and breakfast bars generally are high in carbs and low in protein. Usually, after an hour or two, these breakfast choices leave one starving and feeling shaky, tired, and fatigued. Other people grab protein bars. However, while these choices will not leave one hungry and tired in a few hours, they often do not taste all that great. Additionally, the texture of these breakfast bars can leave something to be desired. That is why you need to bake a pan of these Baked Ham and Cheese Rolls today. These rolls are tasty and have a great balance of carbohydrates, protein, and fat. You can heat them up, wrap them in a napkin, and eat them on your way out the door. If you are really pressed for time, however, you can take the shortcut of buying a packaged pizza dough from your dairy case. If you choose to do this, just leave the dough out on the counter for five or ten minutes to warm up so you can roll it out with ease.