Apple pie is one of the most popular flavors of pie. Our recipe for Apple Pie With Crumb Topping gives a new twist to an old-fashioned favorite. We leave out the traditional top crust of the pie and replace it with a crunchy, delicious crumb topping that you will love. 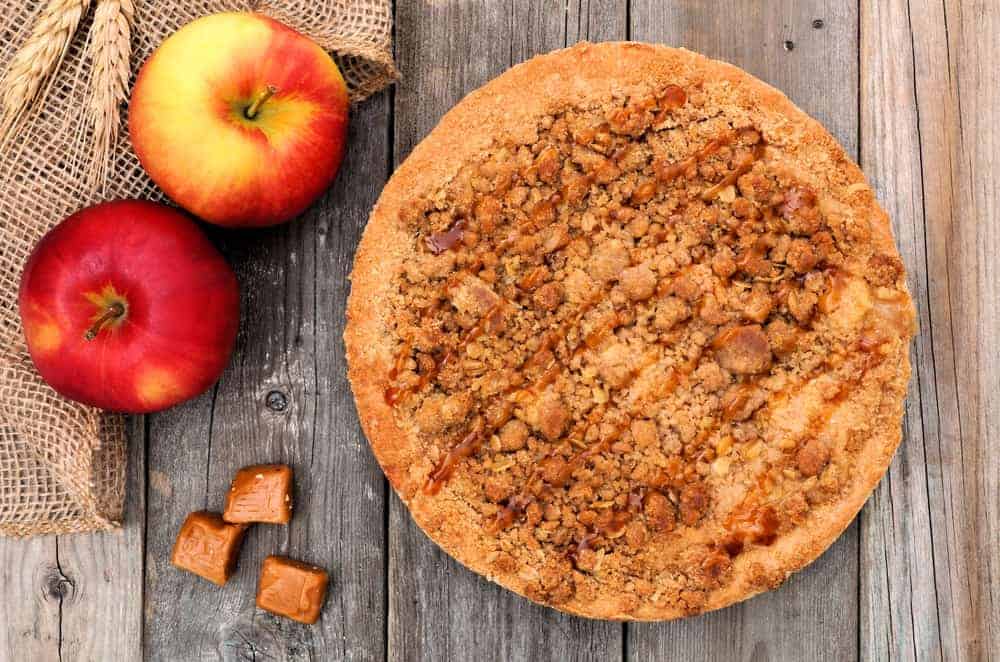 This pie is absolutely fantastic, with classic sliced apples topped with an oatmeal crumb topping. It is greatly sliced and served on its own, but we think that to really showcase this pie, you might want to top each slice with a scoop of vanilla ice cream and a sprinkle of walnuts or pecans. To help the apple pieces in the pie bake evenly, try to keep them of a consistent size, shape, and thickness.

We include instructions for making a pie crust from scratch. However, if you are too busy, or if you are intimidated by making a pie crust from scratch, feel free to substitute a pre-made pie crust that you can find in the grocery store’s dairy case. This will cut your preparation time in half since all you will need to do to make the pie will be to peel, cut, and slice the apples, and create the crumb topping for the pie. 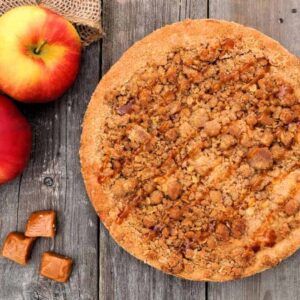 April Freeman
Apple pie is one of the most popular flavors of pie. With slices of apple smothered in cinnamon and sugar, who doesn’t love this wonderful kind of pie? Our recipe for Apple Pie with Crumb Topping eliminates the top crust of the pie and replaces it with a crunchy, delicious crumb topping. If you are looking for a new twist on an old favorite, this recipe is the one to try.
Print Recipe Pin Recipe Add to Collection Go to Collections
Prep Time 25 mins
Baking Time 50 mins
Total Time 1 hr 15 mins
Cuisine American
Servings 10 Slices

Ingredients for the Apple Filling

Ingredients for the Crumb Topping

Kitchen Tip: This pie can be created ahead of time and frozen for future use. Simply follow all instructions up until it is to be baked. Then, wrap the pie in a double layer of aluminum foil and put it in the freezer for up to three months. Thaw the pie overnight in the refrigerator before putting it in the oven and baking it as directed above.
Keyword Apple Pie with Crumb Topping, Dessert, Recipe