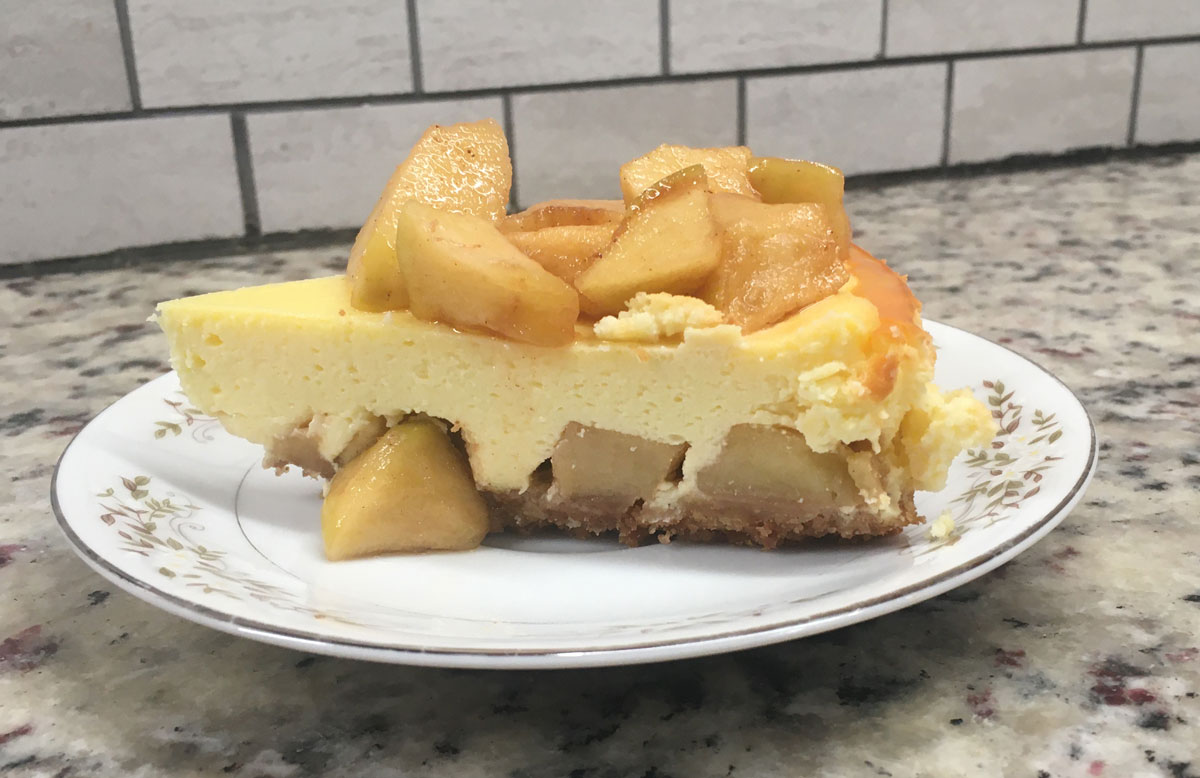 If you love to make tasty treats for your family, it can sometimes be hard to make a decision about what to bake. Additionally, if you have opinionated family members who like different things, it can be difficult to figure out who to please. That is where kitchen creativity can come in. 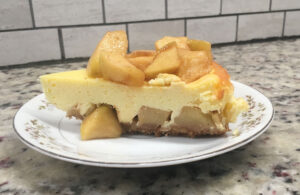 April Freeman
This recipe for Apple Pie Cheesecake takes the classic fall flavors of apple pie filling and combines them with that of a delicious, creamy cheesecake. Putting together the taste and texture of two favorite desserts is a sure win as a treat for your family.
Print Recipe Pin Recipe Add to Collection Go to Collections
Prep Time 30 mins
Cook Time 1 hr 10 mins
Total Time 1 hr 40 mins
Servings 10 Slices

This is a layered dessert and each layer has something to offer. The crust is a bit different from your basic graham cracker pie crust, since it includes a touch of cinnamon and the whole grain goodness of old-fashioned oatmeal. The apples are cooked on the stove just until tender and layered on top of the crust. A layer of delicious, cool cheesecake is lightly flavored with vanilla and gives the perfect touch to the apples. Finally, you will top the cheesecake with another layer of apple cinnamon sweetness. This recipe is so good and it is surprisingly simple to make. Many people avoid baking cheesecakes, thinking that they are complicated to prepare, but in reality, recipes like this can make cheesecake baking a snap. While many cheesecakes are a bit on the heavy and rich side, this one is a little lighter since the recipe does not include an excessive amount of sugar and it also leaves out sour cream. For this recipe, you will want to use a cooking apple. You do not necessarily have to use Granny Smith apples, but you do want a variety of apple that will stand up to the heat of the stove and the oven without turning mushy. We used Fuji apples, but other varieties, like Jonagold or Yellow Delicious are good choices of apples for this recipe. If you need a special dessert for an anniversary, birthday, or even a potluck family holiday dinner, look no further. This recipe is sure to be a hit wherever you serve it.