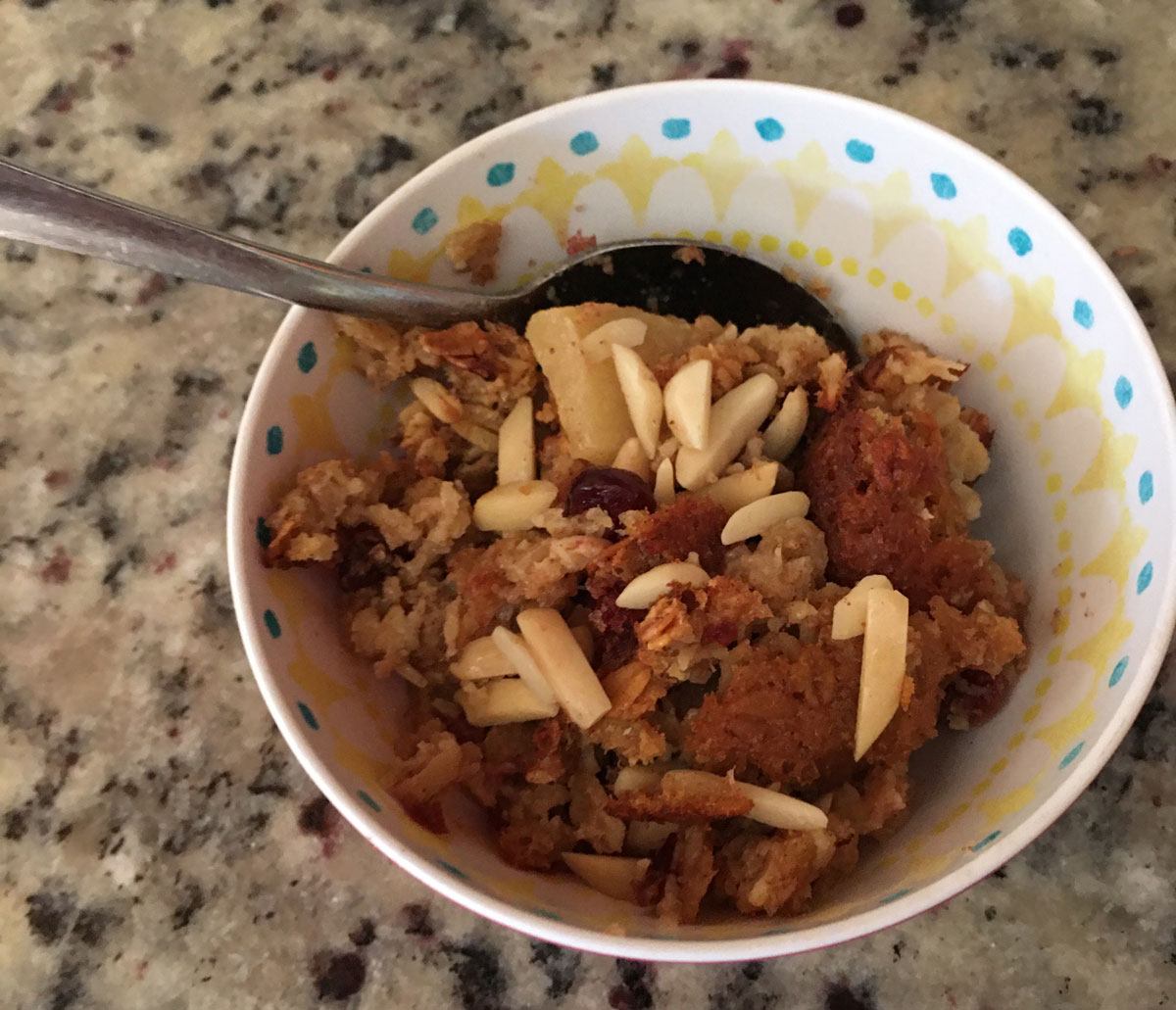 Oatmeal can often get a bad reputation. Many people remember being forced to eat bland, soupy, disgusting bowls of oatmeal for breakfast as children. Other people remember the overly sweetened instant oatmeal packets that were flavored with fake bits of fruit. Neither of these options are very appealing to the adult palate and, because of these bad memories, many say that they really do not care for oatmeal. 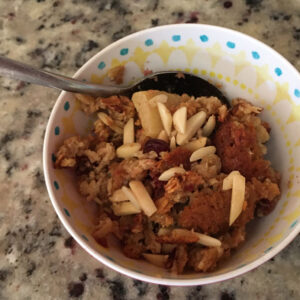 April Freeman
Do you need a perfect recipe for an office brunch or special holiday breakfast? Our recipe for Apple Nut and Cranberry Baked Oatmeal features the wholesome goodness of apples, nuts, and dried cranberries, and it is sweetened with the natural sweetener of honey. It has the rich fragrance of vanilla, almonds, and cinnamon and will make your kitchen smell homey and welcoming.
Print Recipe Pin Recipe Add to Collection Go to Collections
Prep Time 15 mins
Cook Time 30 mins
Total Time 45 mins
Cuisine American
Servings 6 Servings

However, oatmeal is actually incredibly nutritious. It is loaded with whole grain goodness and is high in fiber. It is gluten free, and it is also an excellent source of vitamins, minerals, and antioxidants. Oatmeal is associated with lower blood sugar levels, increased cardiovascular health, and can help with weight loss. With all that it has going for it, why don’t more people like eating oatmeal? It probably has something to do with the preparation method. Many people think that oatmeal should be prepared as a pile of mush served in a dish for breakfast. These people have never encountered the wholesome goodness of recipes like this one for baked oatmeal. Recipes like this one add in so many scrumptious ingredients that people forget that they are eating oatmeal. With the flavors of vanilla, almonds, and cinnamon, this recipe is anything but bland. Additionally, the textures of baked apples, lightly crisped baked oatmeal, dried cranberries, and nuts make the recipe anything but gummy, slimy, or mushy. This recipe is so tasty that your family will be begging for oatmeal for breakfast. This recipe can be made very flexibly. If you have fresh blueberries or blackberries and you want to substitute the berries for the apples, feel free to do so. Pears and peaches might make a scrumptious baked oatmeal recipe as well. You can also choose the variety of nuts that you like the best. We chose almonds, but walnuts or pecans would be a great option as well. If you are out of dried cranberries, you may want to choose to substitute raisins instead. To make it dairy free, just substitute almond milk or another kind of milk and you can use melted shortening in place of the butter in the recipe. You can use whatever ingredients that you like and what you have on hand. One thing that is really great about this recipe is that it can be made ahead of time, well before you actually intend to serve it. If you make it more than a couple of hours ahead of time, put it covered in aluminum foil in the refrigerator. About twenty to thirty minutes before you want to serve the oatmeal, pop it into the oven preheated to 350 degrees to warm it up. Your guests will arrive as the fragrance of cinnamon, apples, and nuts fills the house and begs them to come on in and enjoy breakfast with you. One thing that you have to keep in mind when you are making this recipe is to only use old-fashioned oats. The quick cooking or instant oatmeal will not work in the recipe and the texture of the baked oatmeal will not be right. Additionally, you cannot use steel cut oatmeal in this recipe either.
Keyword Apple Nut and Cranberry Baked Oatmeal, Apple Nut and Cranberry Baked Oatmeal Recipe, Baked Oatmeal, Baked Oatmeal Recipe