Traditional apple fritters are deep fried chunks of yeast risen dough studded with pieces of chopped apple. If you are craving apple fritter flavor, but you do not wish to deal with the mess and hassle of deep frying something, you should try this recipe for Apple Fritter Quick Bread. 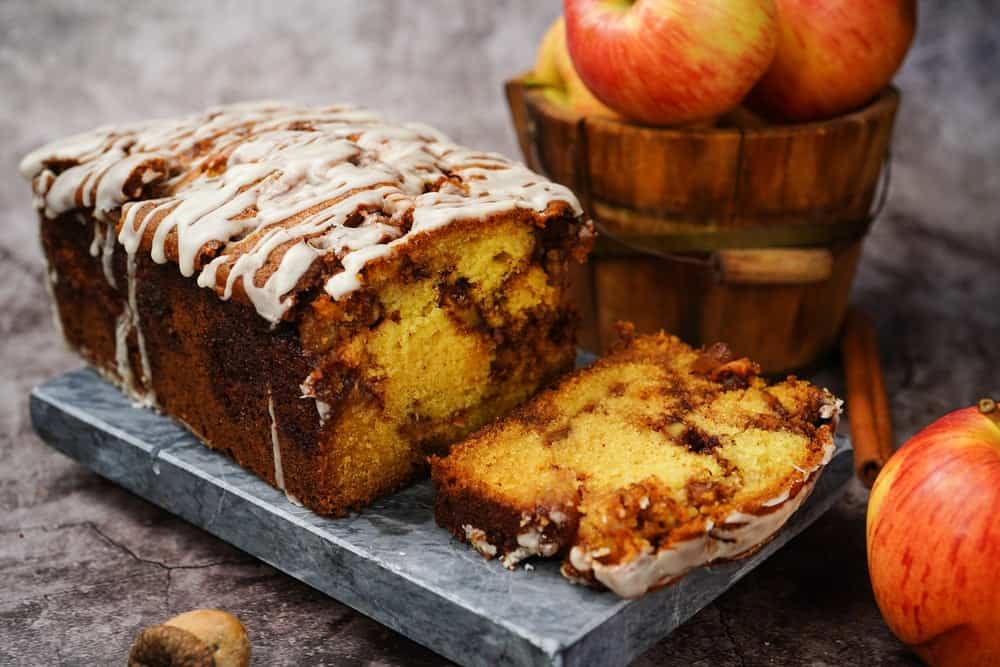 Fritters are historically found in many cultures over the past few centuries. The Romans created basic fritter-type desserts, featuring sweetened dough that was deep-fried. Apple fritters are traced back to medieval England and made their way to America with the English settlers. Apple fritters are often glazed with a powdered sugar glaze or rolled in confectioners sugar.

This bread recipe features all of the flavors of traditional apple fritters but it is created in a loaf of delicious bread. If you happen to be craving the tastes of a batch of fresh, hot apple fritters, but you have reservations about deep frying anything, this is the perfect recipe for you. 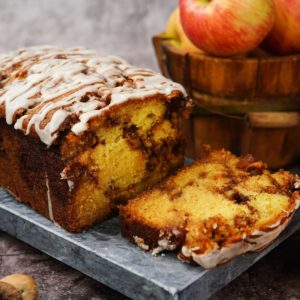 April Freeman
Have you ever had an apple fritter? Apple fritters are kind of like a cross between a doughnut and an apple muffin. This deep-fried sweetbread features delicious apples, spicy cinnamon, and a sugary glaze. The texture of the bread is such that the outer layer of the bread is crispy and the inside is soft and fluffy. While apple fritters are great, they do require deep frying, a cooking technique that can be messy and intimidating. Our recipe for Apple Fritter Quick Bread can give you genuine apple fritter flavor in an easy to bake a loaf of quick bread.
Print Recipe Pin Recipe Add to Collection Go to Collections
Prep Time 25 mins
Baking Time 1 hr
Total Time 1 hr 25 mins
Cuisine American
Servings 10 Slices

This recipe is a quick bread, which depends on baking powder to leaven the bread. The baking powder creates a chemical reaction with the wet ingredients of the bread. As the baking powder dissolves in the batter, it releases carbon dioxide gas which becomes trapped in the dough as it bakes.  Traditional apple fritters sometimes use a yeast-risen dough, but that’s not what you need for this recipe. You can use any kind of apples for this recipe. In fact, this would be a perfect recipe to use up any apples that are a little bruised or shriveled from the refrigerator. Simply cut away any damaged portions of the apples and chop them into bite-sized pieces.
Keyword Bread, Dessert, Recipe