Flavored by a popular soft drink, 7 Up Pound Cake is a delicious dessert for a summer barbecue. This cake recipe was originally published in a recipe booklet from the 7 Up company decades ago, but modern day cooks find the flavors just as delicious as housewives from the 1950s. 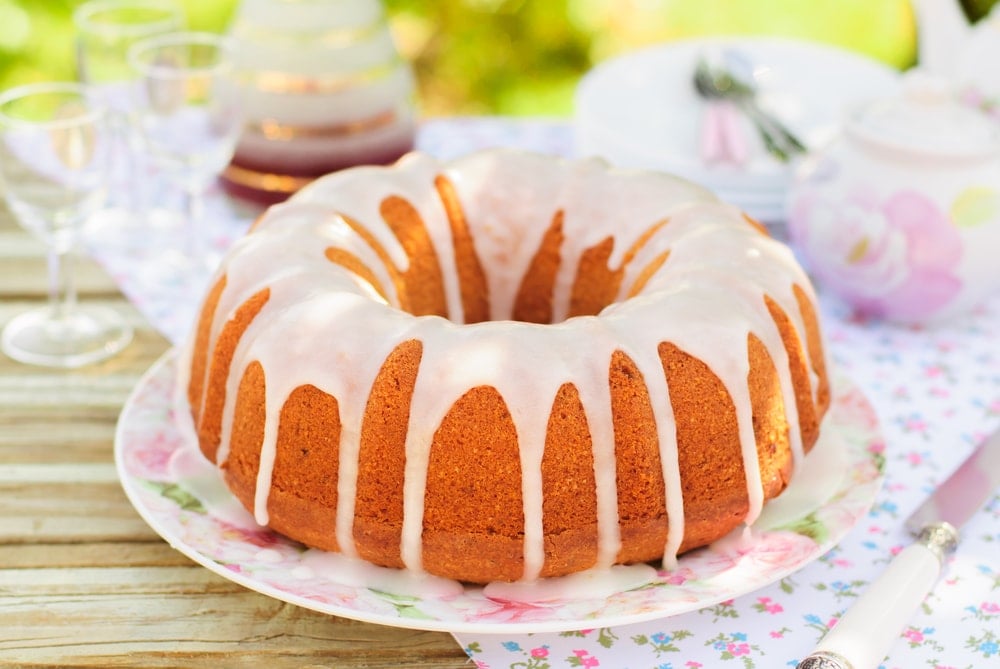 Invented in St. Louis back in the late 1920s, the original formulation for 7 Up was named Bib-Label Lithiated Lemon-Lime Soda. This awkwardly named beverage was marketed as a medicinal drink for the purpose of improving one’s mood. The name of the drink was shortened in the 1930s to 7 Up Lithiated Soda and once again in the 1940s to just 7 Up. At this point, the lithium citrate, the main “mood improving” ingredient, was removed from the ingredient list. After that, the drink became marketed more as a fun soda fountain beverage rather than something more medicinal.

The company, to this day, acknowledges the mystery about the origin of the name 7 Up. Many theories abound as to the reason for the name, including some that refer to the soda’s pH or the number of flavoring ingredients. The truth is that since it has been over 90 years since 7 Up was created, it is quite likely that nobody knows for sure why it was named 7 Up. 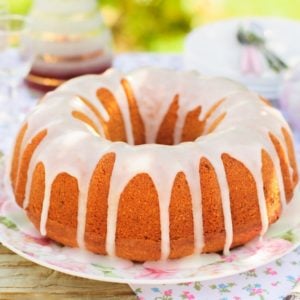 Homestratosphere's Editorial Staff & Writers
In 1953, the 7 Up company published a recipe booklet with recipes that included the popular drink as an ingredient. This recipe for a 7 Up Pound Cake was one of the recipes included. While the recipe for this cake has been altered and customized over the years by home cooks, the main commonality is that 7 Up is used as an ingredient that replaces the traditional cake ingredient of baking soda, as well as lending its characteristic lemon lime flavor and sweetness to the cake.
Print Recipe Pin Recipe Add to Collection Go to Collections

In the 1950s, 7 Up was marketed mainly to adults who used it in punch and cocktail recipes. However, during this decade, the company began marketing to kids and teens by pairing with the Walt Disney Company. A cartoon rooster named Fresh-Up Freddy became the brand’s mascot, representing the soda in commercials during the 7 Up sponsored kid’s television program Zorro.
Keyword 7-Up Pound Cake, Dessert, Recipe